Qualcomm announced its latest top-of-the-line, flagship chipset, the Snapdragon 865, at the Snapdragon Tech Summit 2019. The 865 powers the current lineup of flagship devices that include the likes of Galaxy S20, OnePlus 8, among others. Following its previous trend of mid-cycle launches, Qualcomm is bringing a new chipset again — this time around, the Snapdragon 865 Plus. The 865 Plus is mostly similar to the regular 865, except for a few improvements and add-ons. Let’s dive in to check them out. 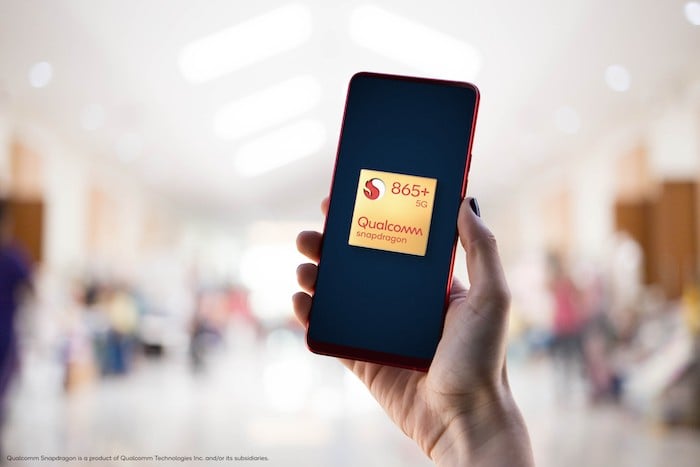 The Snapdragon 865 Plus appears more like a refresh to the regular 865, with primary emphasis on gaming and a total of three key improvements.

1. The Kryo 585 Prime core on the Snapdragon 865 Plus is now clocked at 3.1 GHz, which is a 10% increase in the clock speed from 2.84GHz found on the regular Snapdragon 865. Besides, it retains the same architecture, with the same clock speeds for other cores.

2. In addition to the CPU, which is now 10% faster — thanks to the higher clock speed of the Prime core — the GPU performance on the Snapdragon 865 Plus is something that also gets improvements. Although it uses the same Adreno 650 GPU found on the regular Snapdragon 865, it does offer 10% fast graphics rendering. Needless to say, the performance of the Adreno 650 GPU on the regular variant has been pretty solid and unmatched by its competitors until now.

3. Lastly, besides performance improvements in the CPU and GPU, the all-new chipset also gets improvements and features in terms of connectivity. It features Qualcomm’s latest FastConnect 6900 connectivity system, which aids with better Wi-Fi and Bluetooth connectivity. Talking in numbers, the FastConnect 6900 brings Wi-Fi speeds of up to 3.6 Gbps, fastest on any mobile platform. Besides, the system also introduces support for Wi-Fi 6E and Bluetooth 5.2.

Besides the changes mentioned above, the Snapdragon 865 Plus shares the same specifications as the regular Snapdragon 865. This includes the same X55 Modem-RF System for 5G connectivity with support for both mmWave and sub-6GHz waves; 5th-Gen Qualcomm AI Engine; and the usual slate of Snapdragon Elite Gaming features, to name a few.

As for availability, the first wave of Snapdragon 865 Plus powered smartphones will make its way starting Q3 this year, with devices such as the Lenovo Legion and ASUS ROG Phone 3 being the first ones featuring this gaming-focused chipset.

Was this article helpful?
YesNo
TechPP is supported by our audience. We may earn affiliate commissions from buying links on this site.
Read Next
Snapdragon 782G vs Snapdragon 778G Plus: What Has Changed?
#qualcomm #Snapdragon 865 Plus