What’s in a name?
That which we call a rose
By any other name
Would smell as sweet
So Romeo would,
Were he not Romeo call’d
Retain that dear perfection which he owes
Without that title.

Well, that was Juliet talking about Romeo (in William Shakespeare’s famous play) and how his name made no difference to her, as he would remain the same person irrespective of what he was called. Extend the same philosophy to phones, and we would say we are rather pleased with the Poco M2 Pro. 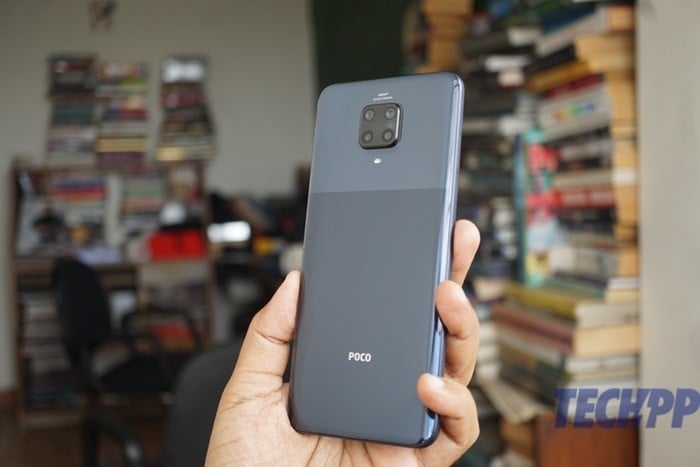 The Note 9 Pro…by another name

For, there’s no denying that the third Poco phone released in the Indian market (after the F1 and the X2) is very much an out and out Redmi Note 9 Pro. Yes, it looks a little different with its dual-tone back (oh them Pixel feels) and slightly differently designed camera unit (check our first cut), but that apart, make no mistake about it – this is a Redmi Note 9 Pro in Poco clothing.

From proportions (165.8 x 76.7 x 8.8 mm) to weight (209 grams) to design (glass front and back, similar button, fingerprint scanner on the side, and port placements) to display (6.67 inches, full HD+) to the processor (Snapdragon 720G) to the cameras (48-megapixel main, 8-megapixel ultrawide, 5-megapixel macro, 2-megapixel depth, and 16-megapixel selfie) to Android 10 to the 5000 mAh battery (well, the Redmi is officially 5020 mAh0, the similarities are simply overwhelming. Heck, they even start with the same price tag!

With a few changes

Yes, there are some differences. And to some, they are going to be very important indeed. First off, even though the M2 Pro came preloaded with some apps that have been banned by the Indian government (the brand says these will be uninstalled using an OTA update in the coming days), the interface on the M2 Pro comes with the Poco Launcher above MIUI 11. And that means, you get an app drawer and more significantly, none of the pesky ads that accompany other Xiaomi devices in India. The other difference is no less important – where the Redmi Note 9 Pro has an 18W charger and support for 18W charging, the M2 Pro comes with a 33W charger, just as the Redmi Note 9 Pro Max does. Finally, whereas the Note 9 Pro has two variants – 4GB/64GB and 6GB/128GB – the Poco M2 Pro has three – 4GB/64 GB. 6GB/64GB and 6GB/128GB. 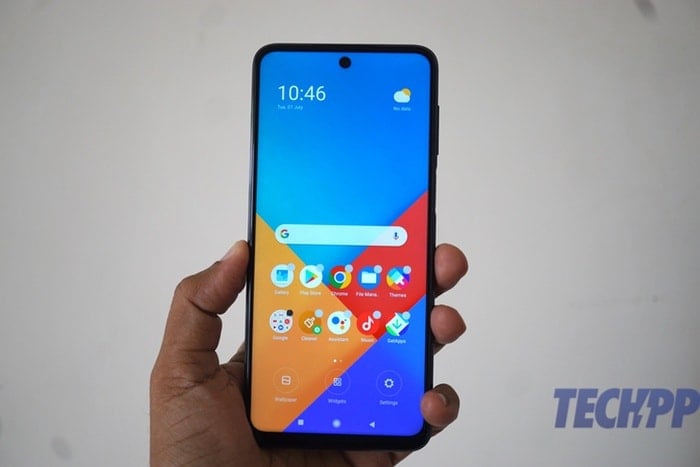 With so much in common, it is hardly surprising that the performance of the two devices mirrors each other in terms of performance. So much so that we would say that if you have read our Redmi Note 9 Pro review, then you actually know it inside out. In sum, it is a rock rock-solid mid-segment device. It is a bit on the bulky and heavy side but one can get used to that and well, the performance more than compensates. You get a very good display (no, we do not think a 60Hz refresh rate matters at this segment, or frankly, most segments at the time of writing), cameras that are super in normal light conditions although low light performance takes a bit of a hit, a processor capable of handling routine tasks effortlessly and also delivering a decent PUBG experience (we still think the Note 8 Pro did better, though) and well, a battery that easily lasts close to a couple of days on a single charge. 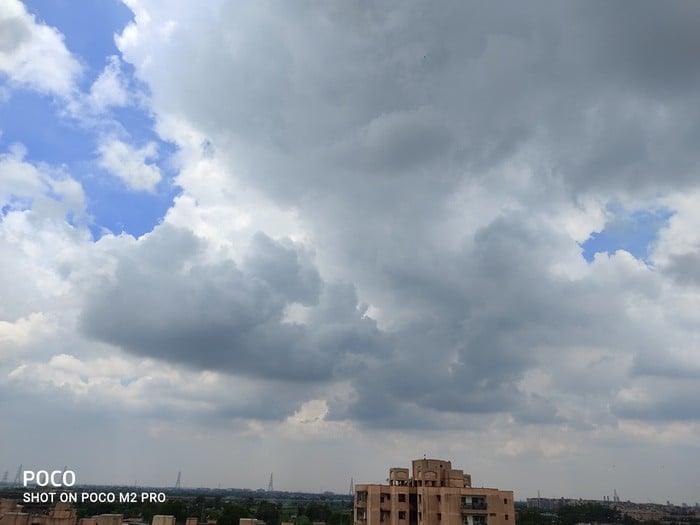 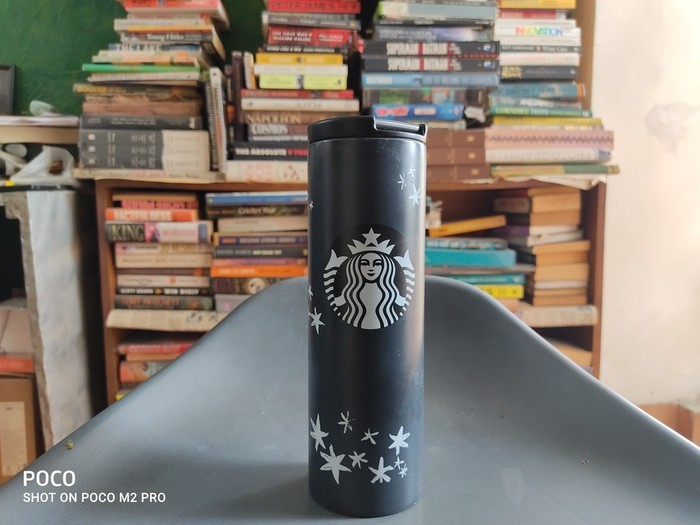 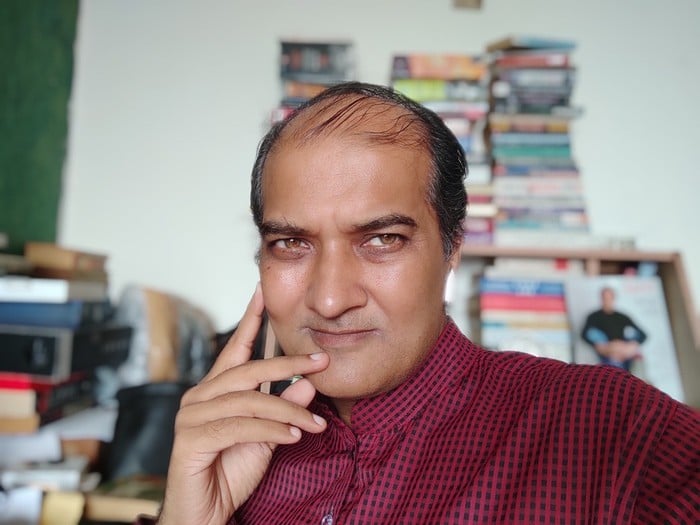 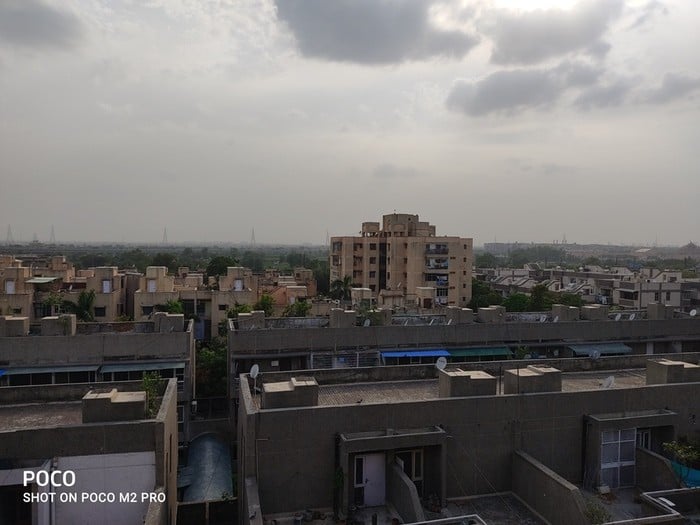 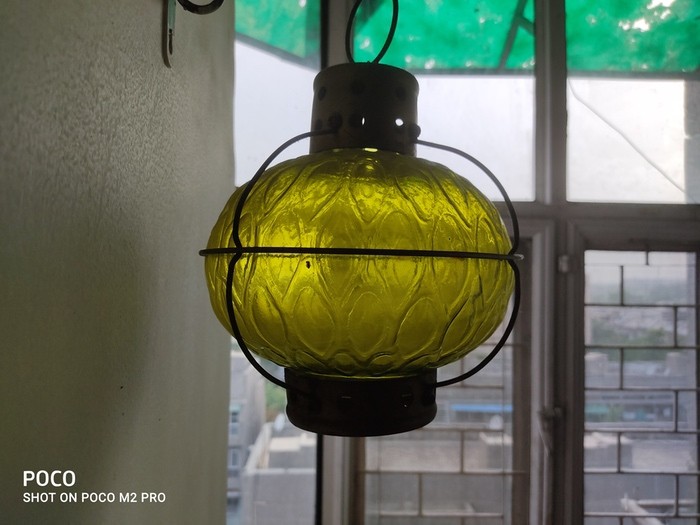 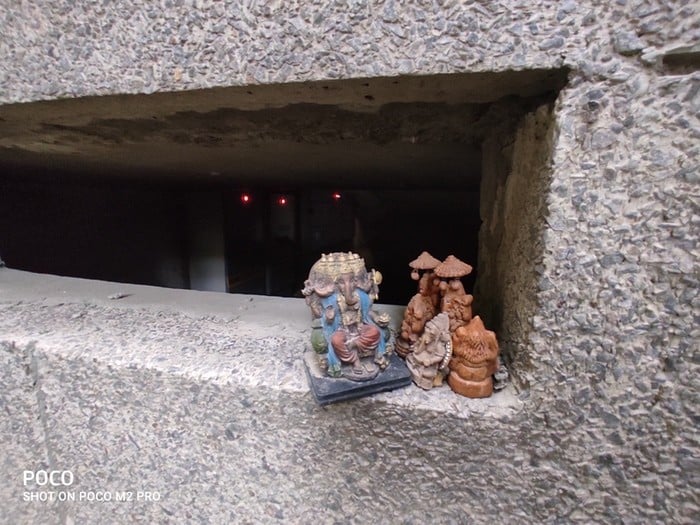 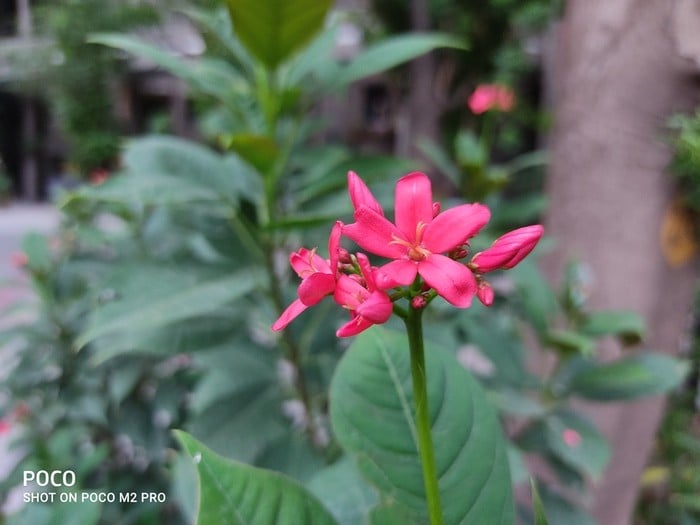 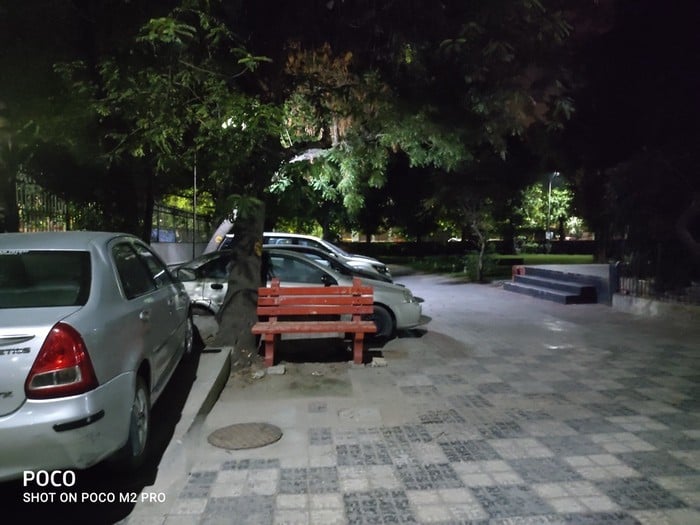 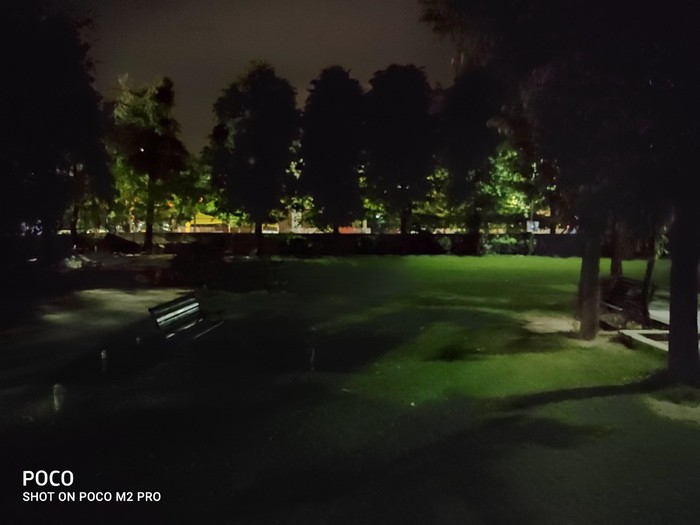 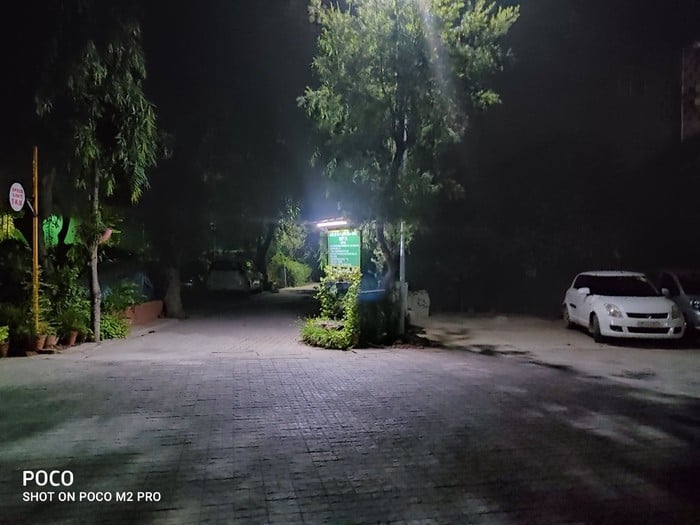 Topped with a UI at the time of writing did contain some banned apps (as we said earlier, the brand says they will be removed shortly) that has no ads. And a battery that thanks to the 33W charger in the box, charges the phone in a little over an hour, as compared to the two-hour mark for the Redmi Note 9 Pro. Yes, we would have liked stereo speakers and better low light camera performance, but two of the biggest drawbacks of the Note 9 Pro – the ads in the UI and the longer charging time have been addressed. 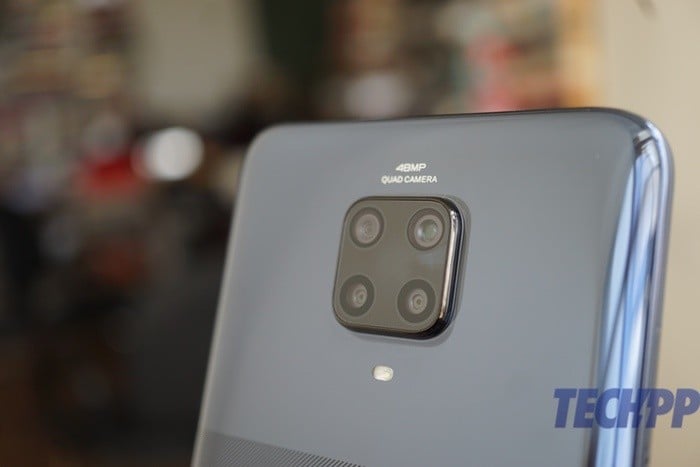 It does face some competition, though. There is the newly released Realme 6i which comes with a Helio G90T chip and 90 Hz refresh rate display at a slightly lower starting price. Then, of course, there is the Redmi Note 9 Pro itself which some would prefer as it comes with the Redmi name (and that name carries weight, no matter what the critics may claim). And some would also consider the Redmi Note 9 which does the Note basics very well at a lower price, although with a relatively slower processor. 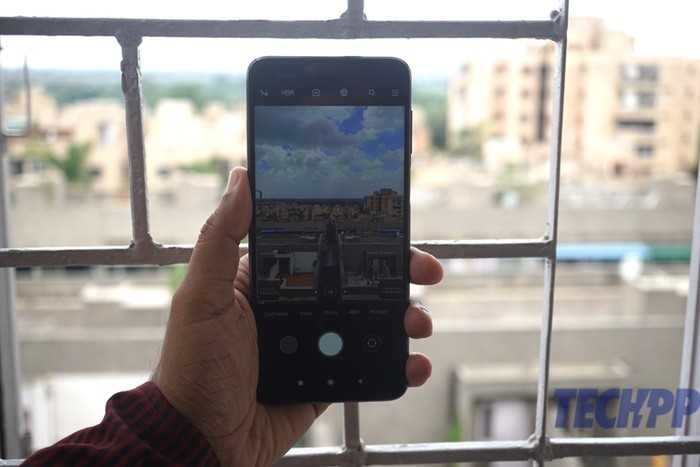 Still, all said and done, as a complete package, we feel the Poco M2 Pro is formidable. Yes, it does seem like a rebranded Note 9 Pro. But for us, that is not an issue, given how good the Note 9 Pro is. We really wish more people would clone it, without compromising on quality, of course. What’s more, the M2 Pro actually adds some value to that device by adding a slightly different range of colors in terms of design and, to paraphrase Poco’s slogan – “all the charging you need, none of the ads you don’t.”

And that in our book makes the Poco M2 Pro one of the best phones below Rs 15,000 right now. We started with him, so we will end up by rewriting Shakespeare:

What’s in a name?
That which we call a Redmi Note 9 Pro
By any other name
Would be as sweet a deal
So the Note 9 Pro would,
Were it not the Note 9 Pro call’d
Retain that dear perfection which it carries
Without that title.

Review Overview
Was this article helpful?
YesNo
TechPP is supported by our audience. We may earn affiliate commissions from buying links on this site.
Read Next
Nothing Ear (Stick) Review: A treat for the eyes… and ears too!
#Poco #Poco M2 Pro #Redmi Note 9 Pro #review