In the beginning, there was the Redmi Note. And it became a bestseller and people loved it. Then it got a Pro sister which had better features and a slightly higher price tag. And then, the Pro got a Max brother which again was slightly better than the Pro. An S cousin also dropped in for a while. And in all of this Pro-ing and Pro-Maxing, the original Redmi Note was pretty much reduced to being the Note without any suffixes and with the least powerful specs and the most affordable price tag. It was not the one with the most powerful cameras and chips, but it just delivered fantastic value for money, with its “few frills, great functioning” approach.

You get the idea. 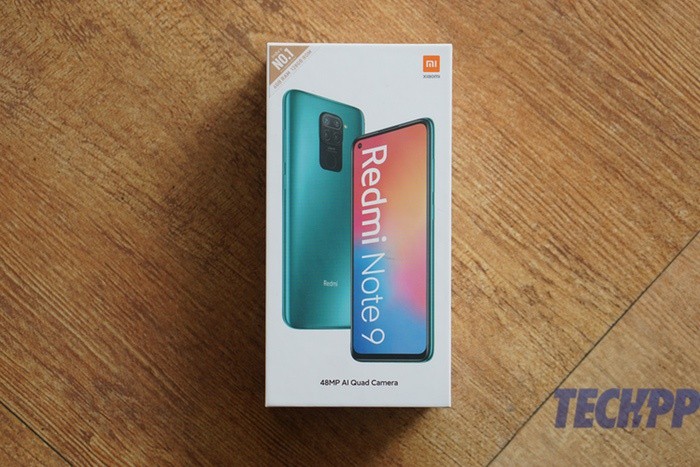 The Redmi Note series has seen itself expand into a family of sorts over the past three years or so, with a Pro and a Pro Max being added to the line (we expect a simple Max to join the club at some stage). But the “plain” Note continues to play a key role in its success, being the most affordable of the series that sticks to its core philosophy of maybe missing out on flashy features but doing the basics very well indeed. For quite a while, it actually was the Note that was available at less than Rs 10,000, but that changed with the Note 8. But the Note still, all said and done, remained the solid, affordable option of Redmi’s bestselling series.

It has been released quite a while after the Note 9 Pro and 9 Pro Max, but the Note 9 continues that tradition.

In terms of design, the Note 9 follows the broad template of its Pro and Pro Max predecessors, although there are some slight tweaks. The most notable of these is the placement of the front camera and the fingerprint sensor. The Pro and the Pro Max had the selfie camera in a punch hole notch on the top center of the display, the Note moves it to the left corner (Redmi calls it a “Dot Display”). Similarly, while the Pro and Pro Max had the fingerprint sensor on the side of the phone (the best place for it to be, we insist), also acting as a power/unlock button, the Note 9 moves it to the back, just below the Wall-e like square quad-camera unit, although it kind of blends it into the camera set-up.

In terms of size, the Redmi Note 9 is slightly smaller and lighter than the Pro and Pro Max but is cut from the same style cloth. It has Gorilla Glass 5 on the front (the back is plastic though) and the same Aura Balance design that we saw in other Notes, although our Aqua Green unit seemed a little less shiny. Not that we mind. It is a smart enough looking phone, and very solidly built if a little on the large and slightly heavy side (200 grams). And it is splash resistant, thanks to a P2i coating.

Solid rather than specs-tacular hardware 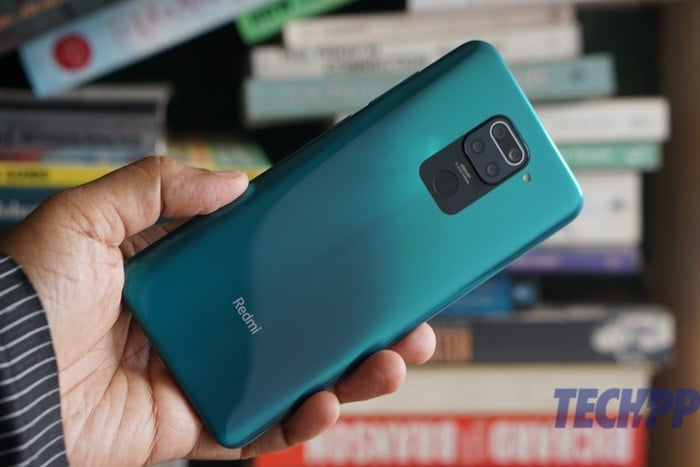 In best Note tradition, the plain Note is a notch below its Pro siblings. You get a smaller (in comparison, it is actually quite large by itself) 6.53-inch full HD+ display, although, like other Notes, it sticks to a 60 Hz refresh rate (something we are perfectly fine with), and the processor is the MediaTek Helio G85, as compared to the Snapdragon 720G on the other Note 9 devices. RAM and storage variants are 4 GB/ 64 GB, 4 GB/ 128 GB and 6 GB/ 128 GB – the 4 GB figure might annoy those who adore big RAM numbers, but take it from us, we have seen 4 GB work very well indeed for mainstream tasks. The storage is expandable by 512 GB, and there is a dedicated micro SD card slot on the dual SIM tray.

The camera set up on the back remains a quad-camera setup, and the main sensor is a 48-megapixel sensor, but there is no 4K video support, and the ultra-wide sensor is the same as on the Pro, an 8-megapixel, but the macro is down to 2 megapixels from the 5 on the Pro, while the depth sensor remains a 2-megapixel one. The Note 9 comes with support for shooting in RAW mode but there is no 4K video support, and the selfie camera is 13 megapixels instead of the 16-megapixel one seen on the 9 Pro. Connectivity options include 4G, GPS, Wi-Fi, Bluetooth, and well, there is the infrared port on top that has become a Xiaomi trademark. 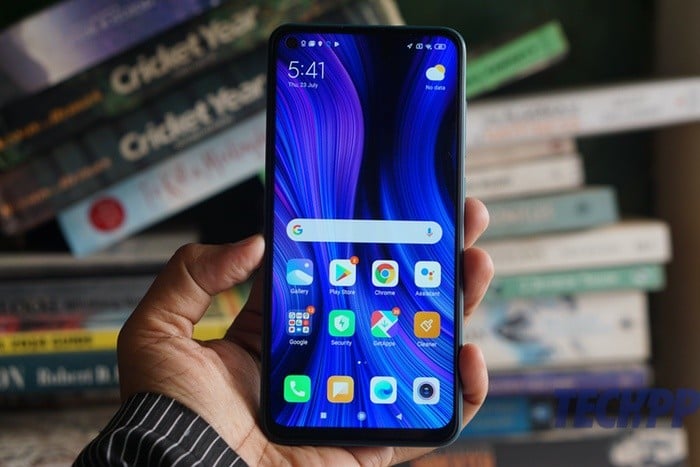 A crucial department where the Note 9 matches the others in the series is in having a large 5020 mAh battery. But interestingly, Xiaomi has bundled a 22.5W fast charger in the box, as compared to the 18W one with the 9 Pro. However, at the time of writing, the phone itself did not support 22.5 W charging, although this is supposed to get fixed via a software update. Of course, the Redmi Note 9 runs on MIUI 11 on top of Android 10, Yes, there are ads (here’s how you can remove them) and some additional apps, although most of the recently banned apps are not present.

It might not be the sort of gaming and camera performer that the Note 9 Pro and Note 9 Pro Max were, but make no mistake about it, the Note 9 is a very very steady performer indeed. The phone will not fly through PUBG and Call of Duty – you will see the odd lag and stutter (for the record, we STILL think the Redmi Note 8 Pro with the Media G90T is the best in Note-worthy gaming), but will handle multiple tasks reasonably well and if your gaming demands are more casual than fanatical, well, this phone will more than suffice. Similarly in the camera department, we got some very good daylight pictures, with some rather bright colors and decent enough detail, although low light performance, in keeping with most devices in the segment, was not the greatest. Video is very social network friendly, and we think the absence of 4K is more a spec than a spectacular one. The selfie camera also takes good enough selfies, although you might wonder how your skin is so flawless at times! 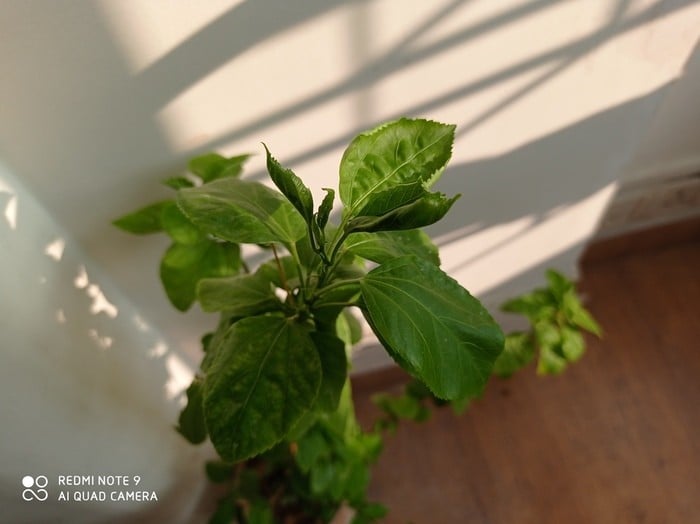 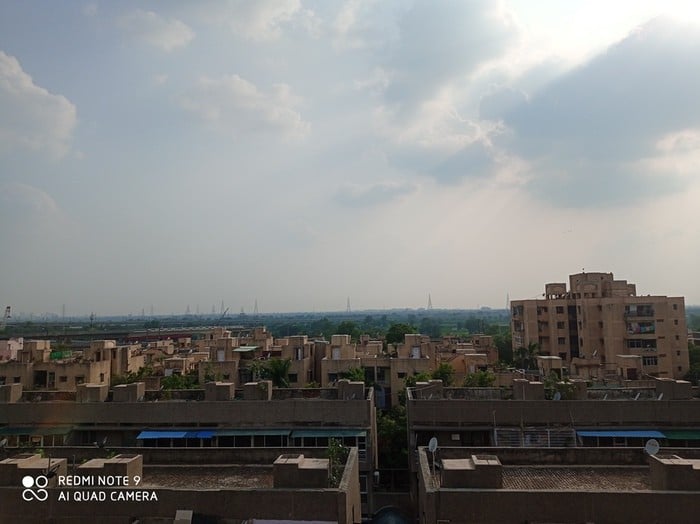 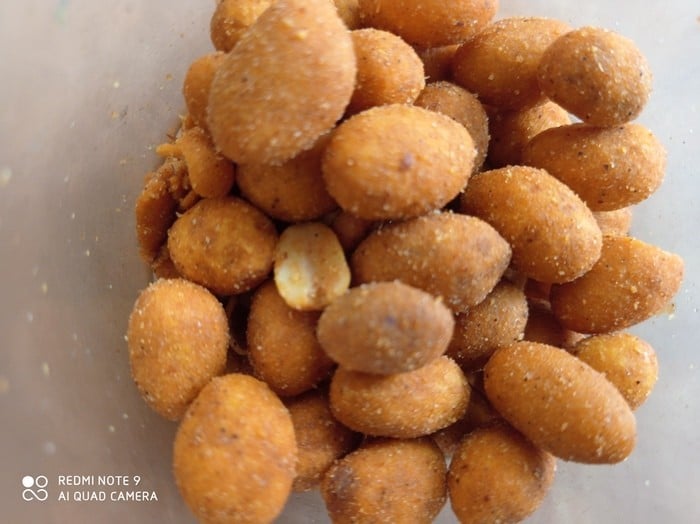 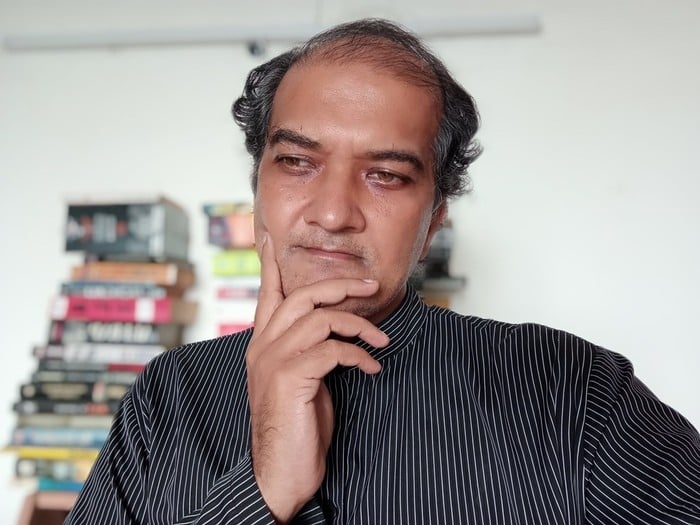 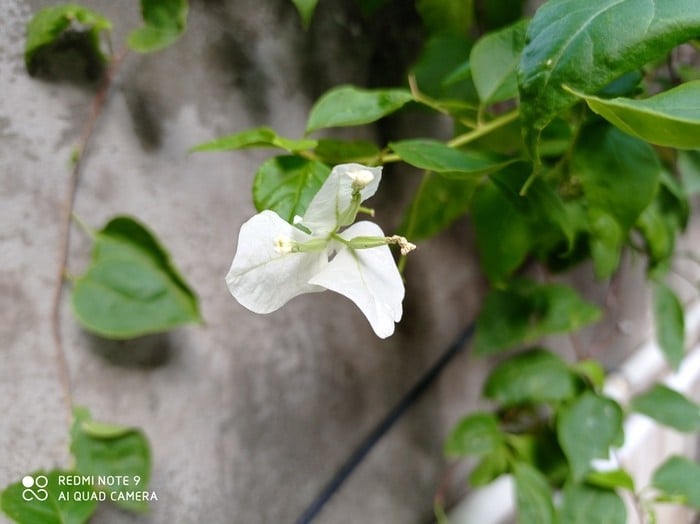 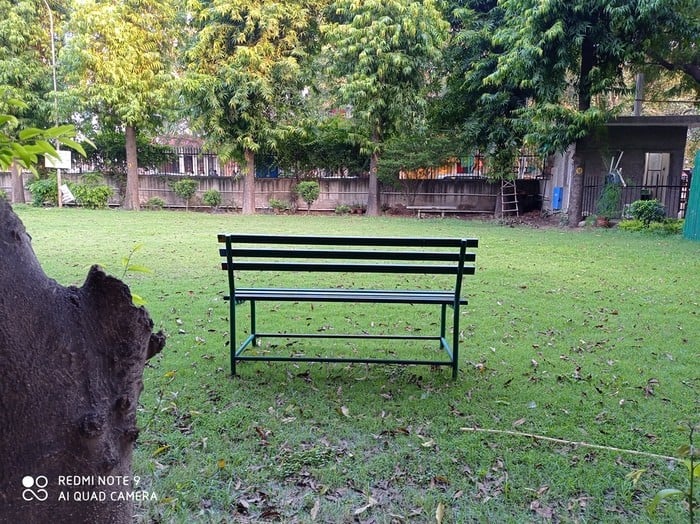 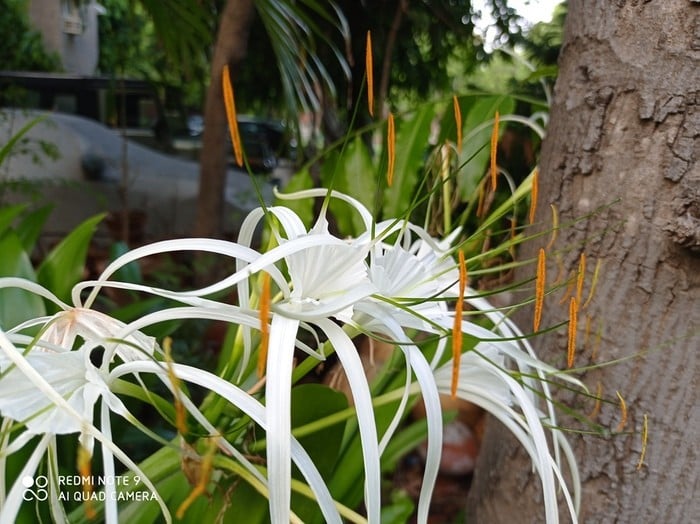 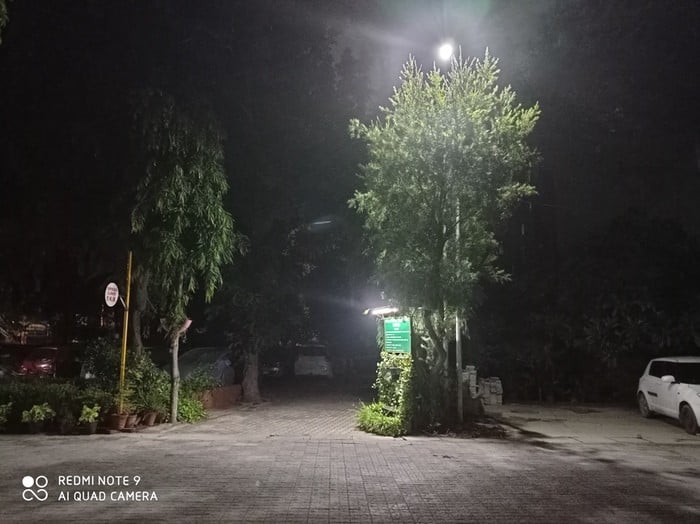 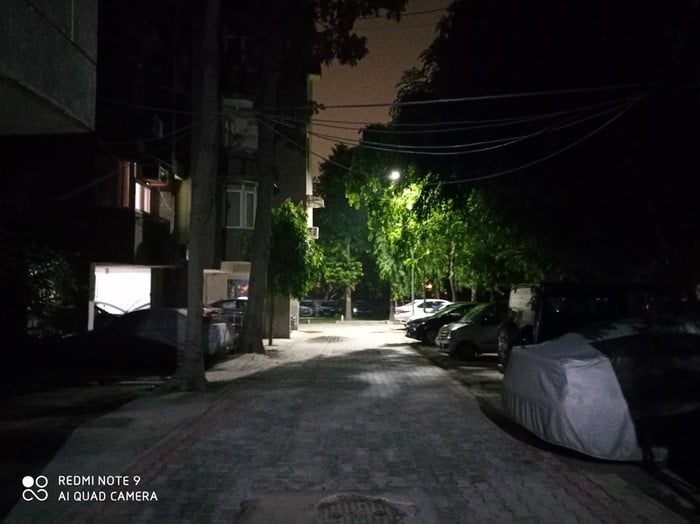 The Redmi Note 9 however is at its Note-worthy best in normal day-to-day work. The display is bright enough and good for watching videos and browsing the Web, the single speaker is loud enough for most video and gaming experiences (and there is a 3.5 mm audio jack too!), and the Helio G85 rolls through everyday tasks without getting warmth. And that big battery means that the Redmi Note 9 can see through a day and a half of normal to heavy usage. Even at 18W charging, the phone goes from 0 to 100 in a bit under two hours, which is not too shabby. Incidentally, it comes with reverse charging too – you can charge other phones with it at 9W speed, which is not super fast but handy enough. Yes, the ads in MIUI can get on your nerves a little, but all said and done, the Note 9 does not put a foot wrong in everyday performance. In fact, it glides through it smoothly.

And THE Note for those on a tight budget 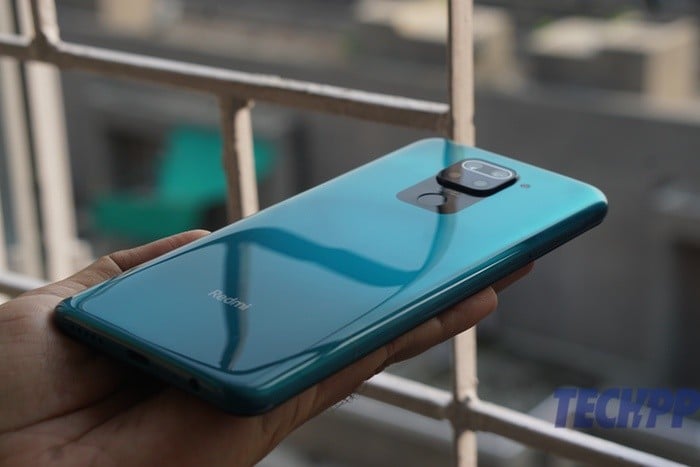 Big question time: should you buy the Redmi Note 9? Well, if your budget is around Rs 12,000 and you want a solid, steady phone, we cannot think of a better one at the time of writing. And it is here that we think Xiaomi has pulled off a pricing coup. Going into the lockdown in March, a device like the Redmi Note 9 would have been close to the pricing of not just its own Pro sibling, but also the likes of the Realme 6 and the Galaxy M21. Post the imposition of GST, most of these now come with higher price tags, suddenly leaving the Note 9 in almost a zone of its own at Rs 11,999. The most recent release in the segment, Poco M2 Pro mimics the Note 9 Pro spec sheet and brings faster charging to the table but starts at Rs 13,999. The Realme 6i too starts at a higher price tag, although it seems to be a more realistic challenger (we have not yet analyzed its performance, but do stay tuned).

The result? It is not often that we agree with a brand’s tagline for a product, but that starting price of Rs 11,999 does make the Redmi Note 9 an undisputed champion in its zone. Mind you, we do hope that changes, as it is always great to have multiple options. The luxury of choice is actually more of a necessity than many realize.

It might not have the spec frills of the Pro and Pro Max, but the Note 9 is perhaps the most Note-like in the Note series. Plain, but a performer!

Review Overview
Was this article helpful?
YesNo
TechPP is supported by our audience. We may earn affiliate commissions from buying links on this site.
Read Next
iQOO 11 5G Review: Does It End Your Quest for the Ultimate Smartphone?
#Redmi #Redmi Note 9 #review #xiaomi