Two hours after the Redmi Note 9 went on sale in India, Redmi’s rival Realme took the wraps off the Realme 6i, the third in its mid-segment Realme 6 series (after the 6 and the 6 Pro). We would like to believe in coincidence. But unfortunately, our belief in logic is far greater. So while the Realme 6i might ostensibly be a Realme 6 variant, there’s no mistaking that it squares off against Redmi’s bestselling Note 9. 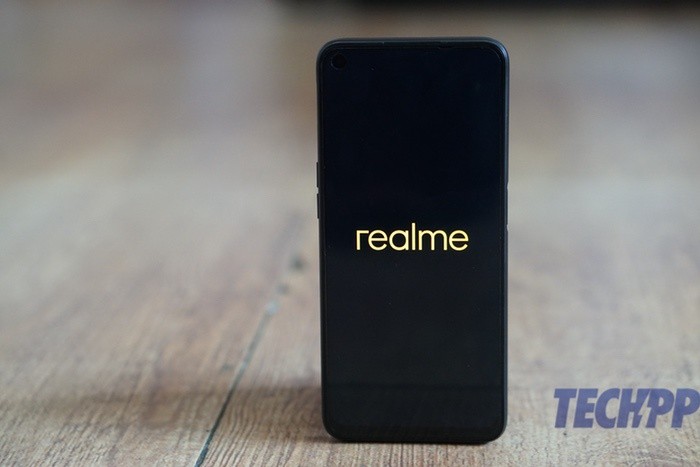 Mind you, it packs enough of a punch to be considered a formidable proposition in its own right. The design is classic Realme 6 – the front is all 6.5-inch display with a punch-hole notch, wit Gorilla Glass, and the plastic back (it does not look bad at all!) has a gradient finish with a quad-camera capsule-like unit on the back with the camera on the top being highlighted with a yellow circle (no, no dramatic logos on this one). It is not radically different, but it is smart and reasonably slim at 8.9 mm. Some might find it a little heavy at 191 mm, we thought it felt reassuringly solid. There is no IP rating but we have been assured that the ports of the device are waterproof.

The button arrangement is standard – fingerprint scanner (also the power/display button) on the side (yay!), and the volume buttons and SIM card slot (with a dedicated microSD card place in the tray) on the left. The base holds the speaker with USB Type C port and a 3.5 mm audio jack (second yay!). The top is as plain as a cloudless sky over the Sahara. We got Eclipse Black version, and it looked classy, although it does attract dust and smudges at the rate of knots – there is a case in the box, though using it seems such a pity! 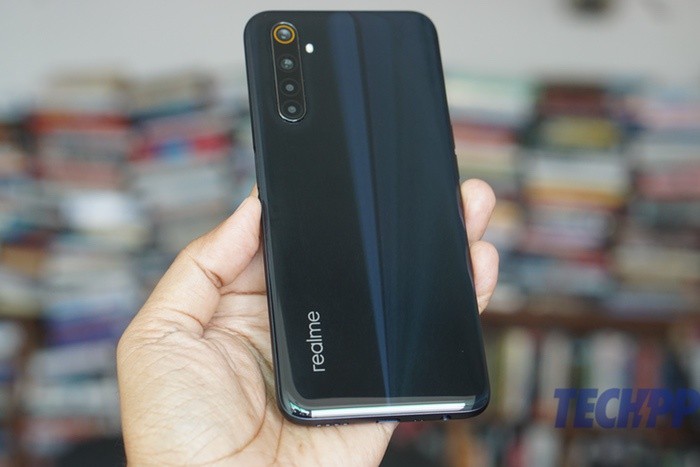 The quietly stylish look is complemented with some rather impressive (for its price) hardware. The 6.53-inch display is a Full HD+ one but comes with a 90 Hz refresh rate, and powering the phone is a MediaTek Helio G90T chip, which was so impressive on the Redmi Note 8 Pro. Storage stands at 64 GB (expandable) but you get 4 GB and 6 GB RAM variants. Then there are Realme’s specialty – the cameras. The 6i comes with a sensor line up at the back that is very similar to the one on the Redmi Note 9 – 48-megapixel main sensor with 8-megapixel ultrawide and 2-megapixel depth and macro sensors. There are shooting modes aplenty (including a black and white portrait mode!), though, and the rear camera supports 4K video (the Note 9’s does not). The selfie camera in the notch in front is a 16-megapixel one, and once again, given Realme’s reputation, expectations are high. 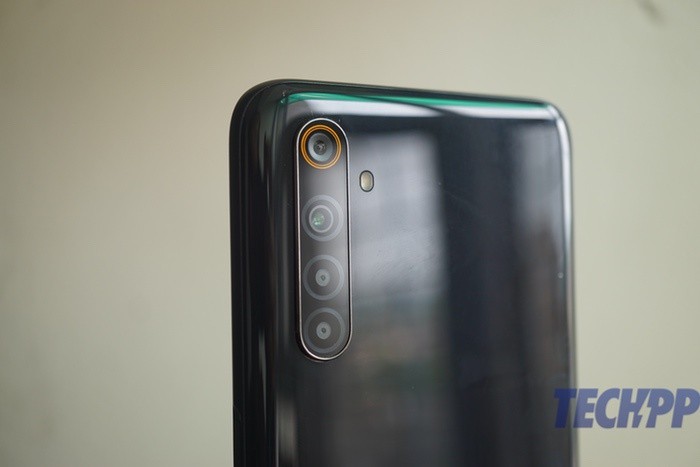 Making all this run is the job of a large-ish 4300 mAh battery with support for 30W fast charging (although the box only has a 20W charger). Round this with the Realme UI on top of Android 10, as well as the usual connectivity options such as 4G, Bluetooth, Wi-Fi, and GPS, and the Realme 6i looks like a very interesting proposition for anyone wanting to dip their toes in mid-segment phone waters. 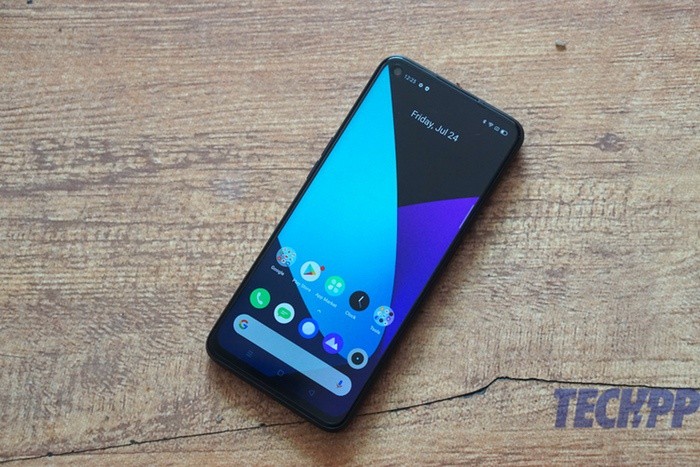 And its starting price of Rs 12,999 for the 4 GB/ 64 GB variant does its cause no harm at all. Yes, it is a little more than what the Note on the Redmi side offers in money terms, but there will be people swayed by the 90Hz refresh rate display and of course, Realme’s reputation on the camera front. It is the third of the Realme 6 series, but there is no doubting who it is going up against. Will it do enough to worry a certain Note 9 on the Redmi side? Stay tuned for our review to find out.

Was this article helpful?
YesNo
TechPP is supported by our audience. We may earn affiliate commissions from buying links on this site.
Read Next
Realme 10 Pro+ 5G Review: Good Phone, But the Camera Could Be Better
#First Cut #First Impressions #hands on #Realme #Realme 6i