Include a massive 6000mAh battery!

Realme, a brand that competes head-to-head with Xiaomi, and offers numerous options in the affordable lineup, has today announced two new smartphones: C12 and C15. Both C12 and C15 are the latest entrants in the company’s C-series lineup, which is an affordable range, targeted towards those looking to transition from feature phones to smartphones. The two devices join the existing C-series offerings, which recently got the Realme C11, last month. Here’s a look at the specifications for the Realme C12 and C15. 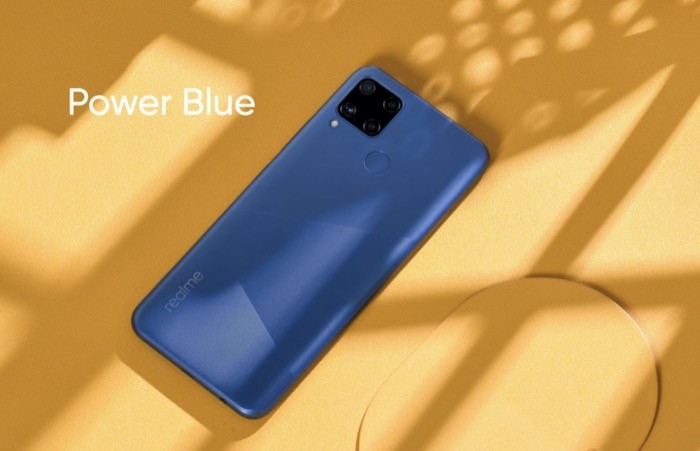 In terms of design, the Realme C12 features a geometric gradient design that constitutes trapezoid divides at different areas on the rear, which claim to offer different visual effects with varying degrees of light falling on it. Towards the front, the phone has a 6.5-inch HD+ display, with a mini-drop notch on top for the front camera. C12 comes in two colors: Power Blue and Power Silver. 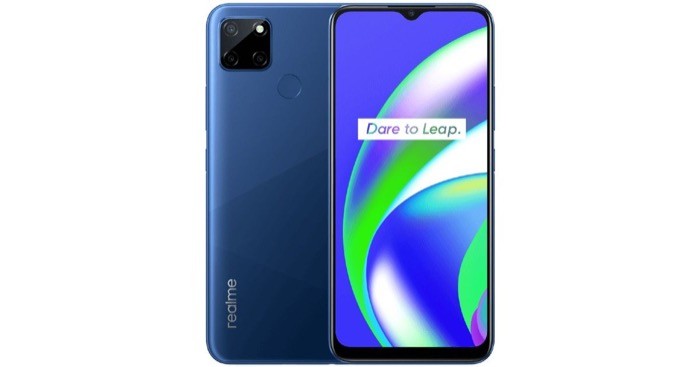 Under the hood, the Realme C12 runs on MediaTek Helio G35, which is an octa-core processor with up to 2.3GHz clock speeds, and an IMG PowerVR GE8320 GPU for graphics processing. Assisting the processor is 3GB of LPDDR4x RAM and 32GB of onboard storage (expandable up to 256GB with a microSD card). To power the internals, the device includes a massive 6000mAh battery.

As for other specifications, the C12 comes with a fingerprint scanner for authentication and runs on ColorOS 7 based on Android 10. For connectivity, there is dual 4G VoLTE, Wi-Fi (2.4GHz), and Bluetooth 5.0.

The Realme C15 takes the same design approach as the C12, with a geometric gradient design that comes in two colors: Power Blue and Power Silver. Moreover, it shares the same display, which comes in at 6.5-inch and offers an HD+ resolution. In addition, there is also a mini-drop notch upfront for housing the front camera. 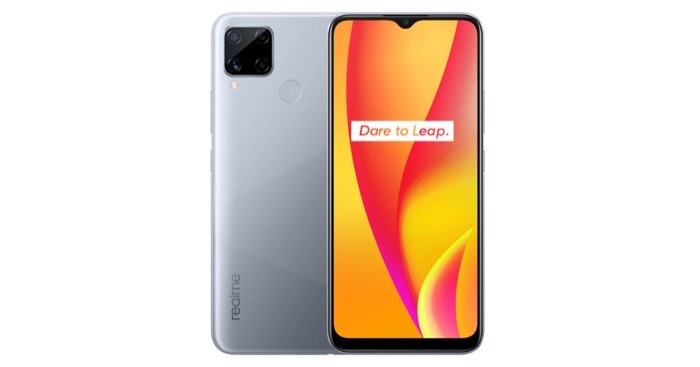 When it comes to performance, the similarities from the C12 extend to the Realme C15 as well, as the device features the same MediaTek Helio G35 chipset as the C12, with the PowerVR GE8320 GPU. However, it does offer two RAM and storage configurations, as opposed to one on the C12. The C15 comes with 3GB / 4GB of LPDDR4x RAM and 32GB / 64GB of onboard storage (expandable up to 256GB using a microSD card). For powering the internals, it has a 6000mAh battery, just like the C12, except it includes support for 18W fast charging.

In terms of connectivity, the C15 provides dual 4G VoLTE, Wi-Fi (2.4GHz), and Bluetooth 5.0. It comes with a fingerprint scanner for authentication and runs on ColorOS 7 based on Android 10, out of the box.