A new member in the F-series is now official as Oppo unveils the all-new F17 series in India. The F17 series includes two smartphones: F17 and F17 Pro. What’s interesting about the new series is that, of the two smartphones, the F17 Pro is touted to be the slimmest phone of 2020, coming in at just 7.48mm. While on the other hand, the vanilla F17 is more like a toned-down version of the Pro variant. Here’s a closer look at the specifications for the two devices in detail. 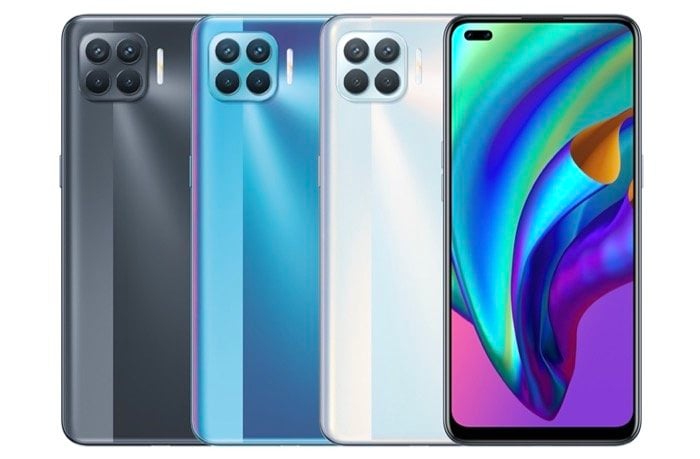 The Oppo F17 series features a ‘shiny matte’ design that interacts differently as light falls on it at varying angles. It comes with a fingerprint-resistant finish on the back cover to ensure the rear does not attract a lot of smudges. Furthermore, of the two models, the F17 Pro boasts a comparatively slimmer design, which comes in at 7.8mm and weighs 164 grams. Both F17 and F17 Pro offer three color options. The F17 comes in Navy Blue, Classic Silver, and Dynamic Orange, whereas the F17 Pro is available in Magic Blue, Matte Black, and Metallic White.

Moving to the front, the vanilla F17 comes with a 6.44-inch FHD+ display. On the other hand, the F17 Pro has a 6.43-inch Super AMOLED with a 60Hz refresh rate and FHD+ screen resolution. The display comes with Corning’s Gorilla Glass 3 protection on top.

In terms of performance, the Oppo F17 has a Snapdragon 662 chipset running under the hood, with the Adreno 610 GPU. It comes with 4GB / 6GB / 8GB of RAM and 64GB / 128GB of onboard storage. Talking about the Pro, the phone runs on the MediaTek Helio P95. The P95 is an octa-core chipset clocked at 2.2GHz (max) with PowerVR 9446 GPU for graphics processing. To aid the processor, there is 8GB of RAM and 128GB of onboard storage.

Both phones come with a 4000mAh battery with 30W VOOC Flash Charge 4.0. On the software front, they run on ColorOS 7.2 based on Android 10. Moving to connectivity, the two phones come with dual 4G VoLTE, Wi-Fi, and Bluetooth. Furthermore, they have a USB Type-C port, a 3.5mm audio jack, and an in-display fingerprint scanner. 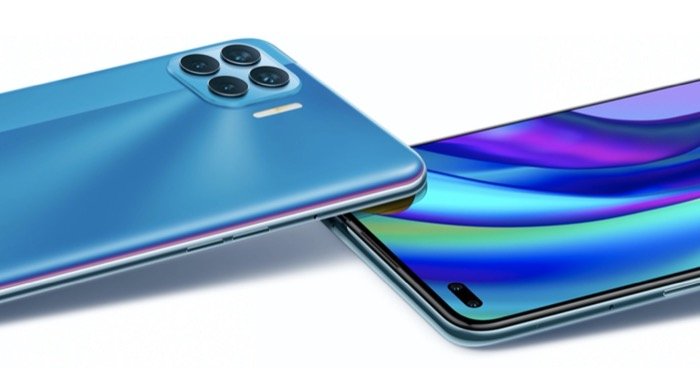 In the camera department, the Opo F17 comes with quad rear cameras, with a 16MP primary sensor, along with an 8MP wide-angle, a 2MP depth sensor, and a 2MP monochrome lens. On the front, it has a 16MP shooter. The F17 Pro, on the other hand, sports a quad-camera setup on the rear with an LED flash. The setup includes a 48MP primary sensor accompanied by an 8MP wide-angle lens, a 2MP portrait lens, and a 2MP monochrome sensor. On the front, it has two cameras: a 16MP primary sensor and a 2MP depth sensor.

The Oppo F17 Pro comes in only one configuration: 8GB + 128GB, which is priced at Rs 22,990. It will go on the first sale on September 17, with pre-orders starting today. As for the vanilla F17, Oppo has not yet revealed the pricing and availability for the same. Alongside the two smartphones, Oppo has also announced its latest pair of TWS earbuds, the Oppo Enco W51, which come with ANC and are priced at Rs 4,999.

Was this article helpful?
YesNo
TechPP is supported by our audience. We may earn affiliate commissions from buying links on this site.
Read Next
Oppo Enco X2 Review: More Than a Match for the Competition
#oppo #oppo f17 #oppo f17 pro