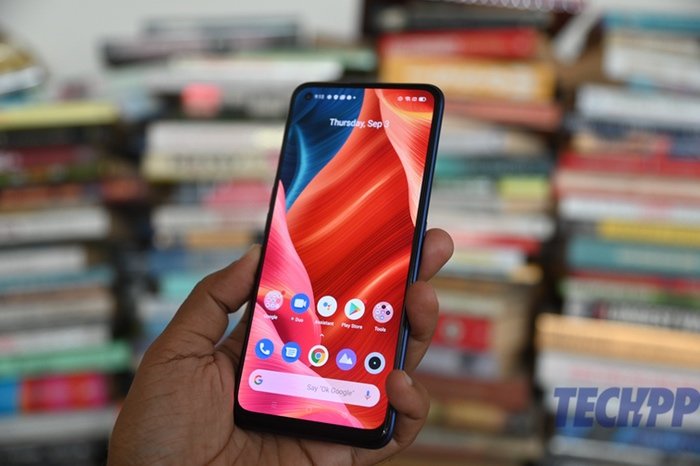 Well, it definitely gets marks for trying to look a little different. The dual tone-ish back of the Realme 7 Pro makes it stand out subtly from the current phone crowd. We got the Mirror Blue variant and what struck us straight away was the slightly different shaded band that ran vertically on the left of the back, which incidentally is carbonate. It does not scream for attention but makes its presence felt when light falls on it, distinguishing it from the rest of the back.

The dark blue color itself is a nice change from the routine blacks, whites, and greys as well as slightly louder shades out there. It is very gently classy. Mind you, the rectangular camera unit with rounded edges on the back gives us very Samsung feels, and the band did remind us of the Oppo F17 Pro, although that one has a different camera unit.

In what seems like a very minor design lapse, there’s a slight line that divides the camera unit into two separate shaded regions is not aligned with the dual-tone line on the side that runs through the back. It will not strike everyone (it might even seem like an optical illusion), but it does seem a little out of place in what is a very class back design. Oh and the logo, thankfully is not too large and is vertically aligned with the different shaded band on the back.

The front, of course, is all about the 6.4-inch Full HD+ Super AMOLED display, which the brand says it opted for at a standard refresh rate (60 Hz) instead of an LCD at a higher refresh rate after taking user feedback (admirable), with a punch hole notch on the top left corner. The fingerprint scanner is in-display, the volume buttons on the left and the power/display button (which is golden in color is on the right). There’s a USB Type C port on the base, flanked by a speaker grille and a 3.5 mm audio jack, but the really interesting part is that the earpiece on the top of the display also acts as a speaker, giving the Realme 7 Pro stereo sound – a rarity at this price point. 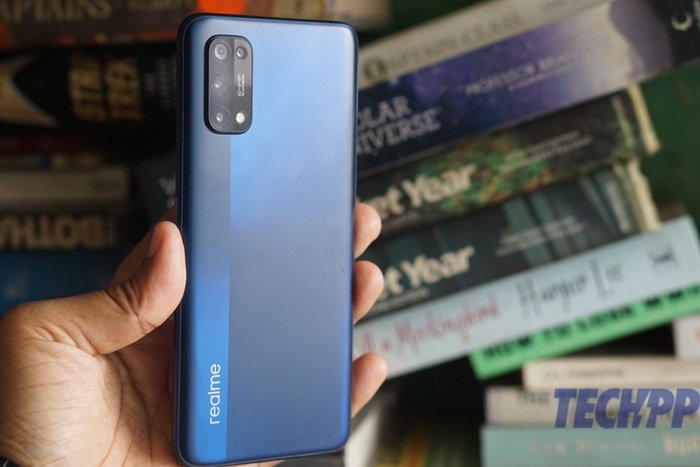 The Realme 7 Pro is a well-built phone. It is not a scene-stealer but is definitely very good looking with even a slightly premium touch to it, thanks to that back. It is reasonably compact, although not small by any standards, is slim enough at 8.7 mm and at 182 grams is on the lighter side as well. There’s no dust or water resistance, although that is a relative rarity at this price point. And no, we do not mind carbonate backs – they do not pick up as many smudges, scratches, and stains as the glass ones.

Noteable display and cameras, with the 720G chipping in

As in most phones these days, most of the spec talk around the Realme 7 Pro has been centered around the trio of the display, camera, and processor. And well, the 7 Pro ticks the boxes in this regard. The display is a 6.4-inch full HD+ Super AMOLED one and handles colors well, although it is not as saturated or as bright as some we have seen (notably from Samsung). The processor is a Qualcomm Snapdragon 720G, which has proved itself in the mid-segment and paired with 6 GB and 8 GB of RAM and 128 GB of storage (expandable using a microSD card), turns in a very good performance. 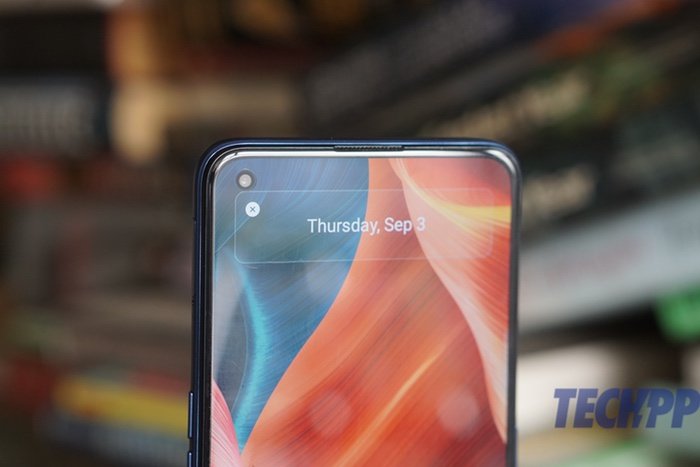 You are not going to get crazy benchmark scores here but multi-tasking will be fine and games like the Asphalt series and Dead Trigger will play just fine as long as you are not expecting a top-level performance, and can put up with the odd lag or lower graphic setting. This is a chip for work really – a solid mid-segment performer. We would have preferred the fingerprint scanner on the side, though – the in-display one seems a little laggy at times.

A lot of attention has also been focused (pun intended) on the cameras of the Realme 7 Pro. There is a quad-camera arrangement on the back, with a 64-megapixel Sony IMX 682 main sensor, an 8-megapixel ultrawide sensor, a 2-megapixel macro lens, and a 2-megapixel “B&W Portrait Lens” (a depth sensor, we suspect). The notch in front has a 32-megapixel selfie snapper. Realme has packed in a number of features in terms of shooting modes and filters (there are even filters for night shots) to give you a lot of options. 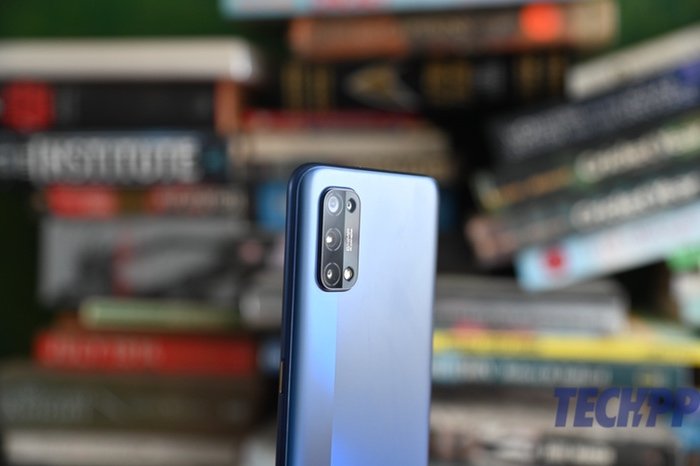 And well, they work. The camera on the Realme 7 Pro churns out some very good photographs in terms of color and detail. There is a slight hint of over saturation but nothing too unpleasant really. Even low light performance was decent when you consider the price point of the device. We still think it is a notch below what we saw on the Poco X2 (which has a Sony IMX 686) but it is among the better ones in this price segment. Mind you, we are still not too convinced by the macro and portrait sensor, and a higher megapixel count would have helped the ultrawide.

Video quality is decent, but not really exceptional – we found audio to be a bit of an issue and low light performance is not the greatest (but that is rare at this price point). In terms of selfies, the 32-megapixel camera did its best to smoothen our skin even when we turned beautification off, but the results were rather good by and large. Portrait mode continues to improve although edges still get missed out. 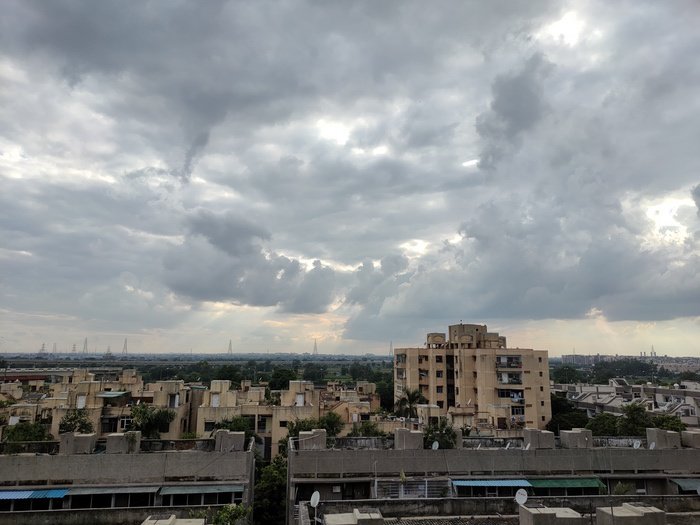 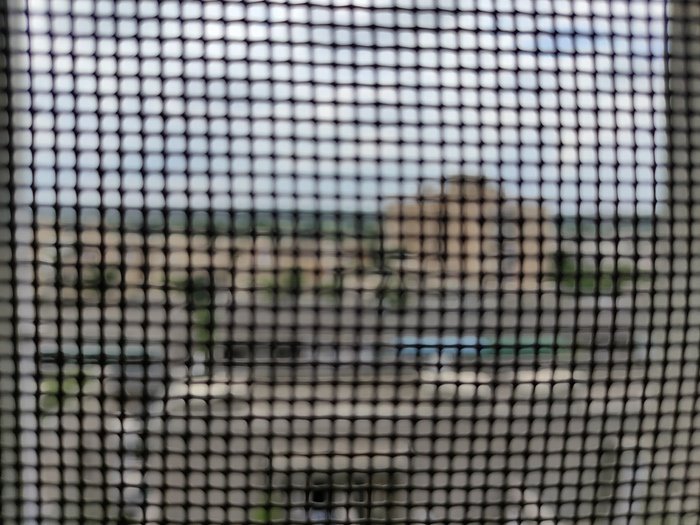 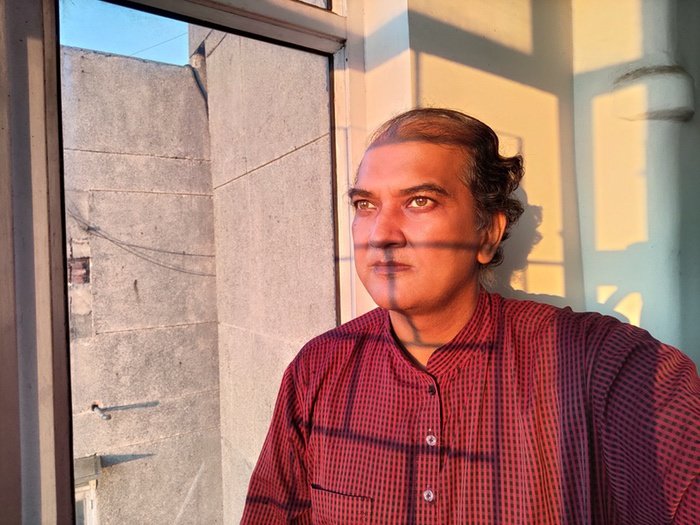 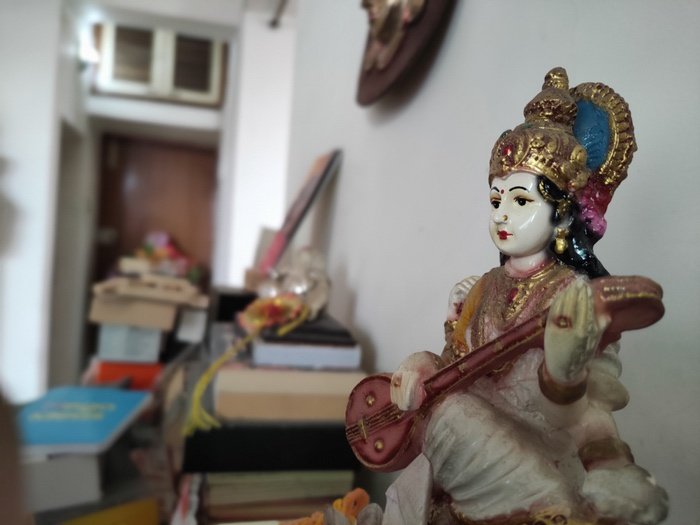 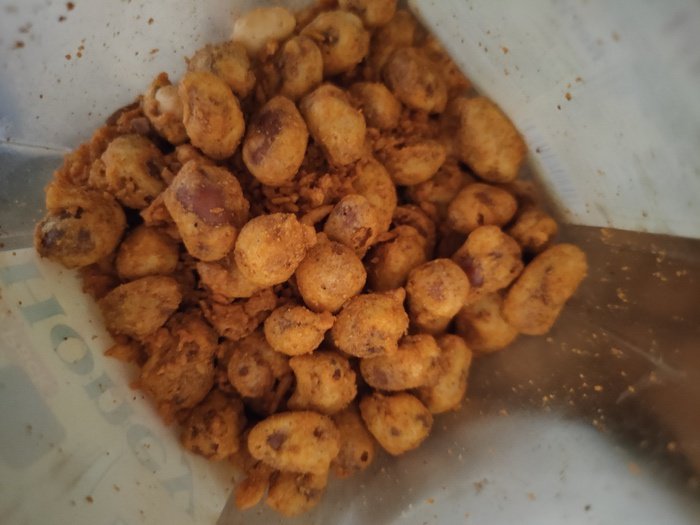 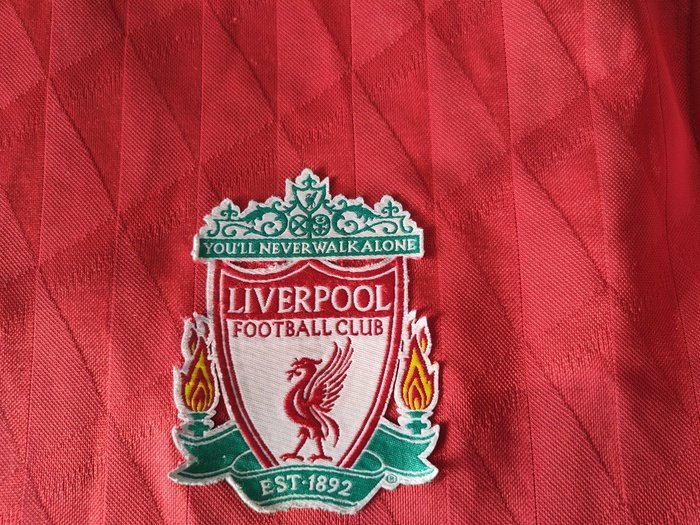 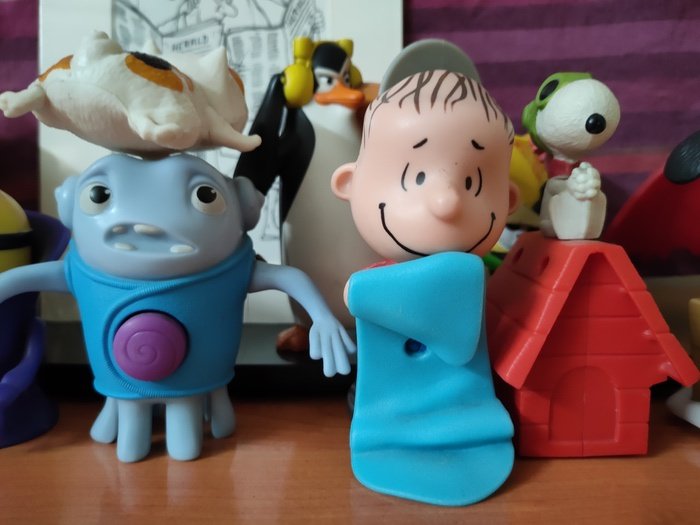 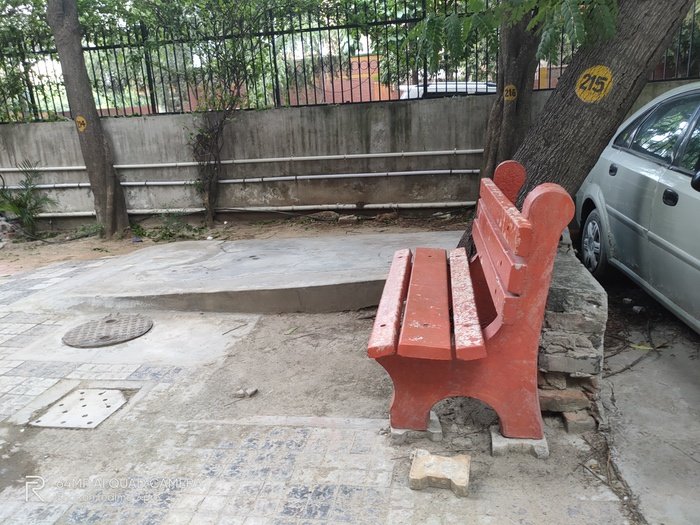 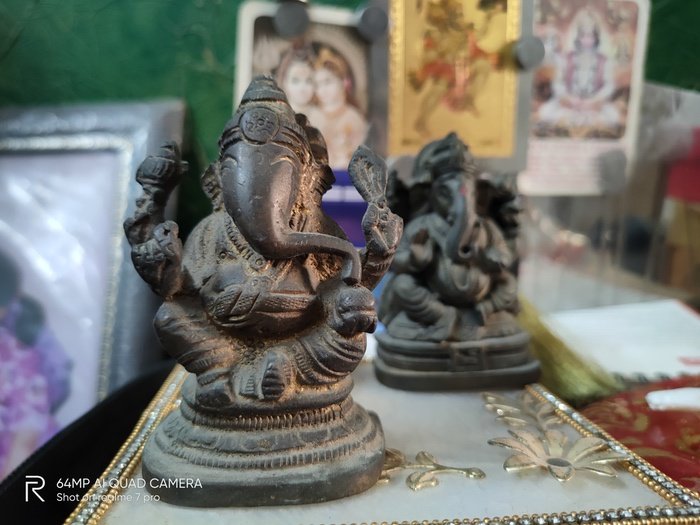 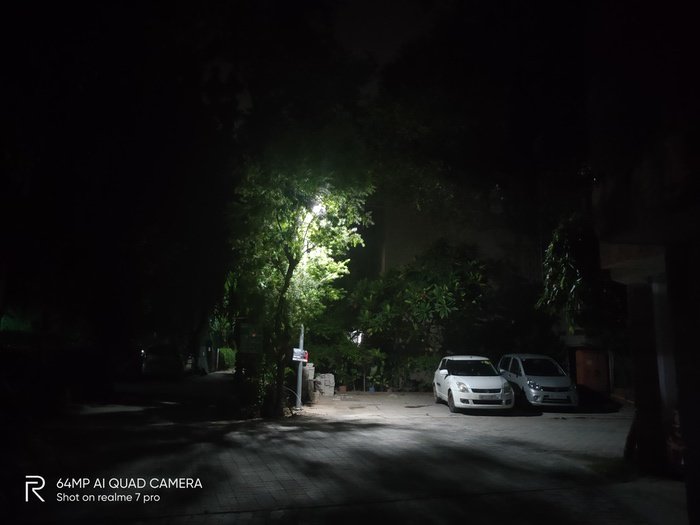 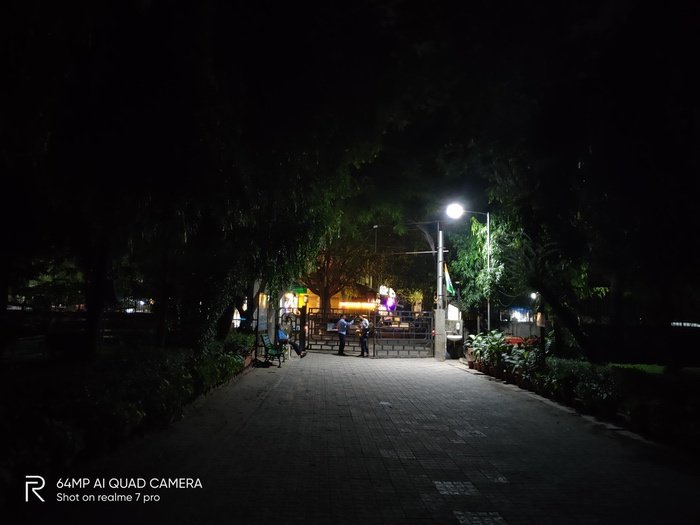 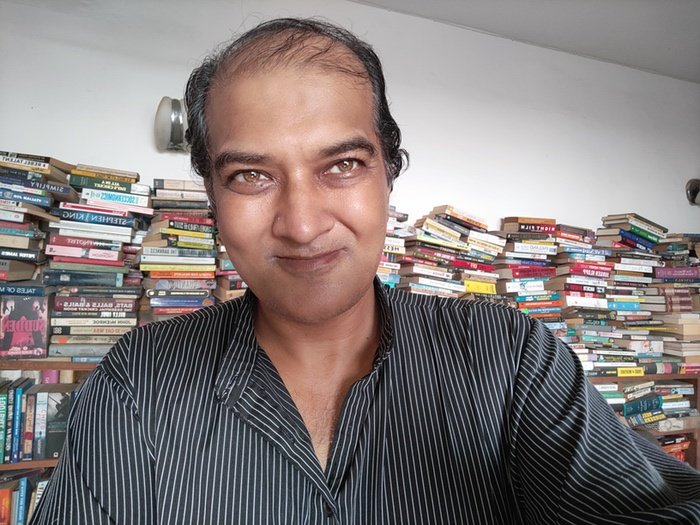 All said and done, the Realme 7 Pro does very well in terms of display, camera, and processor. It is not the runaway champ in any of them but can hold its own against all comers. Of course, it also ticks off the usual connectivity suspects – 4G, GPS, Wi-Fi, and Bluetooth. Par for the course, as is the Realme UI running on top of Android 10, although the creeping presence of ads might disturb some. And the odd crash and lag can creep in – we had a phase when the camera would not respond when we hit the shutter, but this did not recur, so we think it is a random bug, which is likely to be fixed via an update.

Where the phone actually pulls away from the competition is in terms of sound and battery. As we had stated before, the Realme 7 Pro is one of the rare devices in this price band to sport dual stereo speakers. And the difference becomes evident the moment you turn on the sound. No, it is not the greatest in terms of quality but it is very good and in most cases, does not distort at high levels. It is also loud enough for you to actually enjoy a film/series or a game without needing to plug in headphones unless you are concerned about disturbing others. Realme has pretty much set a benchmark here. 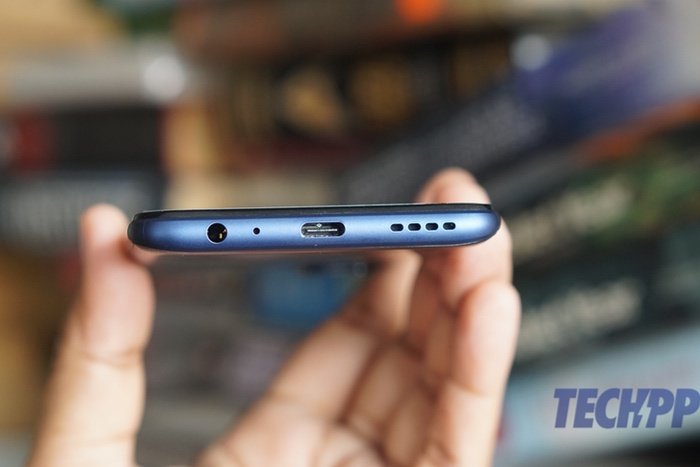 And it has set another benchmark in the battery department. The phone comes with a 4500 mAh battery. That is a big enough figure in its own right. Good enough to comfortably see off a day to a day and a half of work. But what is remarkable is the SuperDart Charge feature that lets you charge the phone from 0 to 100 in a mere 34 minutes officially – it took us about forty to forty-five minutes when we kept the phone running while charging it. In charge (pun intended) of this speedy operation is a 65W charger that comes in the box. Realme has done a very good job here, with the phone not even heating up while charging. Again, it is nothing like anything in this segment.

Realme 7 Pro: Go for it? It’s a “sound” investment, if your value battery

So is the Realme 7 Pro worth your Rs 19,999 for the base 6 GB/ 128 B variant (Rs 21,999 for the 8 GB/ 128 GB one)? It is an intriguing question. Well, it is a typical Realme product, that delivers a fair bit for the price it charges. But unlike most other Realme devices, its price is not exactly its strength. While the Rs 19,999 tag does place it in a different price segment, its spec sheet will make people draw comparisons with other devices, some of which are available at lower prices. 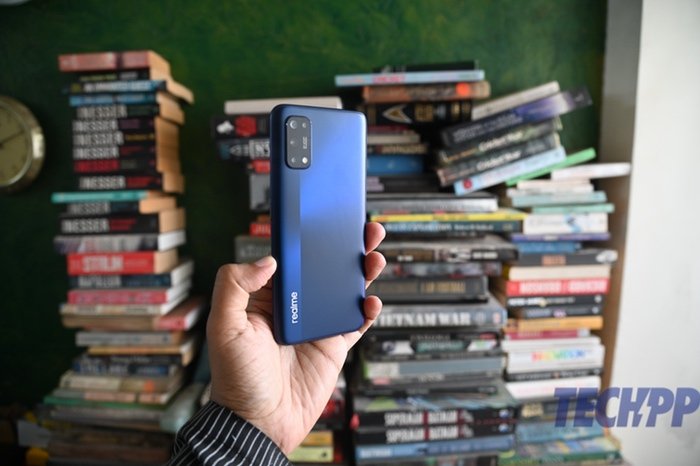 The most notable of these is perhaps the Redmi Note 9 Pro Max, which features a similar chipset, a good 64-megapixel camera, and comes with a bigger display and bigger battery and starts at Rs 16,999. Then there is the Samsung Galaxy M31s, which also brings a similar 64-megapixel sensor, a Super AMOLED display, and a bigger 6000 mAh battery to the table at Rs 20,499 for a 6 GB/ 128 GB version. There is also the Poco X2 which actually has a Sony 686 sensor (supposed to be slightly superior to the 682), dual front cameras, and a bigger display with a 120 Hz refresh rate, starting at Rs 17,499. Finally, those willing to spend just a little more might be tempted by the old-but still-gold flagship processors on the Redmi K20 Pro and Realme’s own X3! And before you ask, yes, we will be putting up comparisons.

It is a tough zone to be in. But what the Realme 7 Pro has going for it is the fact that it comes with a relatively different design, ticks most spec requirements, and comes with two very underrated but important features – stereo sound and extremely fast charging. All other things being equal (we will find out in our comparisons just how equal they are), this definitely gives it an edge. Will it be enough to make it a blockbuster? Time will tell. But as of now, the Realme 7 Pro does more than enough to be among our top recommendations for anyone looking for a phone with a price tag in the vicinity of Rs 20,000. And well, if battery and sound are of very high importance, it is perhaps THE phone to buy!

Review Overview
Was this article helpful?
YesNo
TechPP is supported by our audience. We may earn affiliate commissions from buying links on this site.
Read Next
iQOO 11 5G Review: Does It End Your Quest for the Ultimate Smartphone?
#Realme #realme 7 pro #review