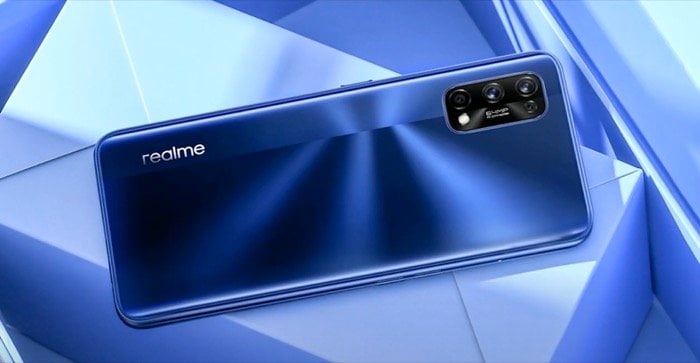 Realme 7 and 7 Pro: Design and Display

The Realme 7 and 7 Pro both come with what the company calls a ‘mirror design’, which essentially allows for a visual change that brings along different lighting effects. Towards the front, the vanilla Realme 7 features a 6.5-inch display with a 90.5% screen-to-body ratio and FHD+ screen resolution. The display offers a 90Hz refresh rate and has Corning’s Gorilla Glass 3 on top.

On the other hand, the Realme 7 Pro gets an ever-so-slightly smaller display, which comes in at 6.4-inch and an FHD+ resolution. The display is an AMOLED and offers a 90.8% screen-to-body ratio. Both Realme 7 and 7 Pro come in two colors, with the Realme 7 offering Mist White and Mist Blue, and the Realme 7 Pro having Mirror White and Mirror Blue as the two color options.

At its core, the two phones run on different chipsets. On the one hand, the vanilla Realme 7 uses the all-new MediaTek Helio G95 (with Mali-G76 GPU) chipset running under the hood, while the Realme 7 Pro is powered by the Snapdragon 720G (with Adreno 618 GPU). To assist the processor, there is 6GB and 8GB of RAM on both models, and 64GB/128GB storage on Realme 7 and 128GB on the 7 Pro. For powering the internals, the vanilla Realme 7 includes a 5000mAh battery with 30W Dart Charge support, whereas the Realme 7 Pro comes with a slightly smaller 4500mAh battery with 65W SuperDart Charging.

For connectivity, the two devices come with dual 4G VoLTE, Wi-Fi 802.11 a/b/g/n/ac, and Bluetooth 5.0. They run on realmeUI based on Android 10. Besides, the Realme 7 Pro also comes with dual stereo speakers with support for Dolby Atmos and Hi-Res Audio. To authenticate users, there is a side-mounted fingerprint scanner on the regular Realme 7 and an in-display scanner on the 7 Pro. 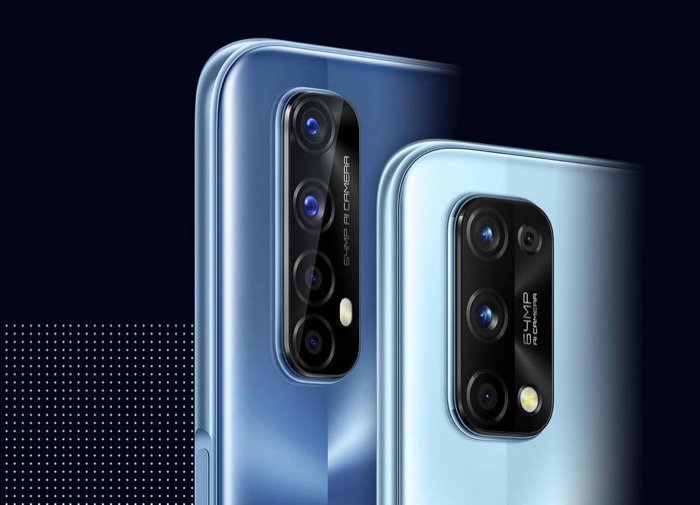 Realme 7 and 7 Pro: Pricing and Availability

Alongside the two new smartphones, Realme has also announced a bunch of other products, which include the Realme M1 Sonic Toothbrush, Adventure Luggage, and the Tote Bag 2, priced at Rs 1999, Rs 2999, and Rs 999, respectively. All three products will be available starting September 10.

Was this article helpful?
YesNo
TechPP is supported by our audience. We may earn affiliate commissions from buying links on this site.
Read Next
Realme GT Neo 3T Review: An Easy Recommendation but Not at MRP
#Realme #realme 7 #realme 7 pro