Apart from prices that were substantially higher when compared to countries like the US, one major complaint that consumers had about Apple in India was the lack of official stores in the country to purchase products from. Apple had partnered with retailers and resellers throughout the country but the core experience of buying an Apple product in India was very different from what it was in countries with Apple’s official stores. 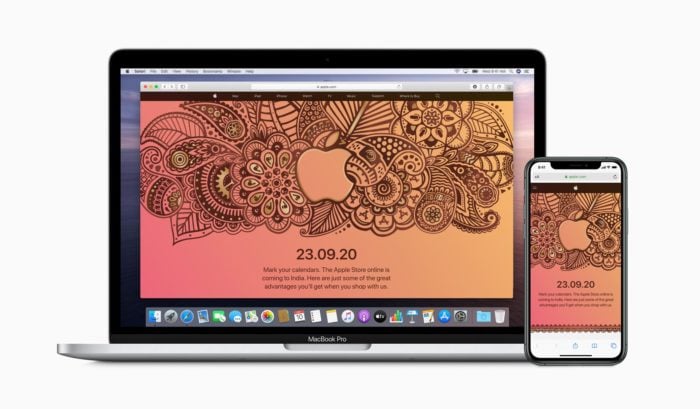 For example, one can easily customize a Mac that they’re buying in the US as per their needs. More RAM, storage, better CPU and GPU, etc. However, such customization options were not available in India for the simple fact that Apple did not have its own stores in the country. That is about to change on September 23, though, when Apple is unveiling its online store in India called Apple Store Online.

Apple Store Online will make it easy for consumers to shop for Apple products from the official retail channel which means buyers will receive their products directly from Apple instead of a third-party retailer. What this means is that Indians will now be able to customize the internals of the Mac they want to order, get custom engravings on AirPods and iPads both in English and in regional languages including Hindi, Bengali, Gujarati, Kannada, Marathi, Tamil, and Telugu.

It’s not just about customization options though. Just like in the US, Indian consumers can now get one-on-one sessions from Apple specialists to help set up their new device or to rectify any issue that they may be facing. This guidance can be received in both English and Hindi. Along with this, there are other options for consumers to avail that Apple is well-known for. Financing, trade-in, and special discounts for students and teachers. Apple is also introducing AppleCare+ in the country which is like an extended warranty for your device that also covers accidental damage.

Due to the ongoing pandemic, Apple Store Online will follow all safety protocols including contactless delivery and a verbal confirmation after receiving the package instead of the usual signature. It’s the onset of the festive season in India and Apple Store Online will offer specialized gift wrapping. Apple Store Online will go live in India on September 23. Since Apple is also manufacturing a few of its phones in India it is already saving on import duties, and having an official store may also result in the reduction of prices further as Apple could cut down on third-party seller margins too.

It is unclear at this moment if the usual bank offers that accompany an iPhone launch in India will be provided on the official Apple Store Online. It would also be interesting to see if the move to have an official store in India means that the new iPhone 12 will be made available in the country on the day of the launch itself, or at least sooner than what the time frame used to be earlier.

Apple is rumored to be all-set to open a physical retail store in India pretty soon with the first one being in Mumbai followed by Bangalore.

Was this article helpful?
YesNo
TechPP is supported by our audience. We may earn affiliate commissions from buying links on this site.
Read Next
Apple Close to Something Greater than the Mac, iPod or iPhone
#apple #Apple Store #india