OnePlus 8T Specs, Confirmed: What We Know For Sure About the Next OnePlus

OnePlus 8T, as per OnePlus

A new OnePlus is set to be released and as usual, we have been flooded with leaks and rumors. In the past, these rumors would have mainly come from the “leaker” community, but in these modern times, brands do most of the leaking themselves. And OnePlus has been dropping hints about the next Never Settling phone for a while now. So unlike other phones where we talk about rumored specs before an official release, with the new OnePlus, we can actually talk of confirmed specs and confirmed that too by the company itself. 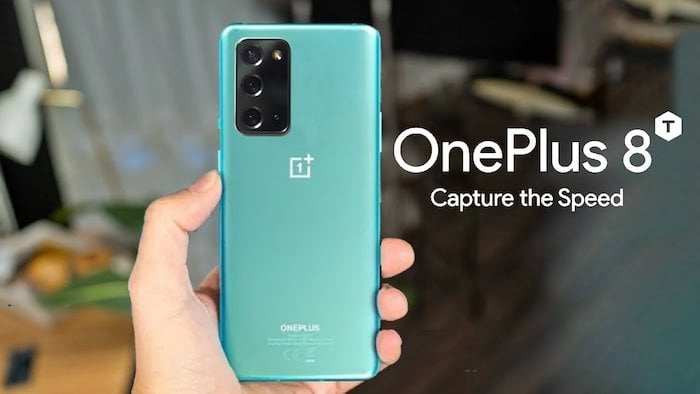 This is what we know so far is definitely going to be on the spec of the next OnePlus phone, and unless specified otherwise, all of this comes from the company itself:

It will called OnePlus 8T 5G (not so duh)

The only device that OnePlus has been talking about officially is the OnePlus 8T 5G. And this seems to indicate that there might be no Pro variant launched at this time. But then even last year, the 7T and the 7T Pro were launched at different times. Some folks think that there is a “hidden” variant called the Ultra which will also be launched, which is why the line “Ultra Stops at Nothing” is being used, but there has been no official confirmation.

The brand has stated upfront that the phone will come with a flat display. No curved glass like the Pro, although there will be slight curves at the edges, as OnePlus has referred to a “2.5D flexible display.” We are not complaining. Finding tempered protectors for curved displays can be a pain and the accidental touches on the edges are rather difficult to avoid. Mind you, we think OnePlus’ implementation of the curved edge display on the Pro series was among the best we had seen.

There is no quad HD display on the horizon either. As per the official release, the OnePlus 8T will have a Full HD+ display. Again, we are not really complaining, as the benefits of quad HD displays have not really become evident yet. The display will also support HDR 10+ and will come with a 100 percent DCI-P3 color gamut. It has got an A+ display rating from DisplayMate. 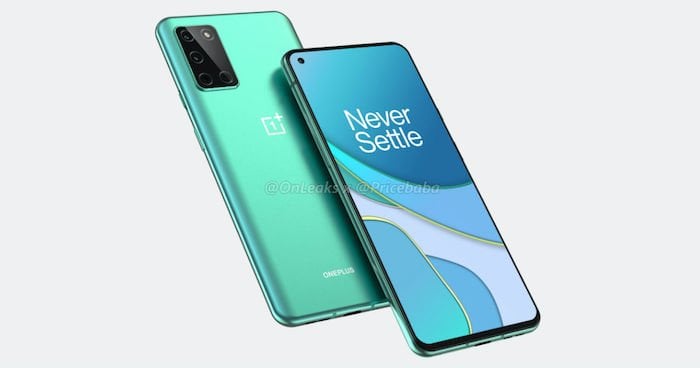 This has been trumpeted off rooftops. The OnePlus 8T will come with a 120 Hz refresh rate display, a step up from the 90 Hz we saw on the 7T and the 8. It will also have a sampling rate of 240 Hz, which is again impressive.

…and there are two batteries

Interestingly, however, this is a twin battery configuration, which essentially means that there are two batteries in the phone. Why? For faster charging, which takes us to the next point.

It has 65W Warp Charging

OnePlus 8T takes Warp Charge to the next level. The 8 series had shipped with Warp Charge 30T and a 30W charger in the box. That gets hiked up to Warp Charge and a 65W charger. It allows the two batteries (see above) to be charged at more than 30W at the same time and that results in a charging speed that is more than twice as fast as Warp Chare 30T. Warp Charge 65 can charge the OnePlus 8T from 0 to 100 in 39 minutes, and 58 percent in just 15 minutes. There is a new heat dissipation system to ensure temperatures are kept in check, as well as an additional encryption chip on the charger and cable and a dozen temperature sensors in the phone to allow for intelligent and efficient charging in different situations. You can even see how it works by going to https://www.oneplus.com/8t-invitation/ on your phone.

And a versatile charger too

This one has slipped under the radar a little but the OnePlus 8T’s Warp Charger is going to be very versatile and not meant just for charging just the phone. Unlike the 8 series, where the charger came with a USB Type-A port, and the (red) cable accompanying the device was a USB Type-C (for the end that went into the phone) to a USB Type-A (which went into the charger), the cable (still red, we hope) with OnePlus 8T comes with USB Type-C connectivity on both sides and the charger has a Type-C port too. What does this mean? Well, simply this that the charger can be used to power up other devices such as notebooks and tablets and that too at speeds of up to 45W.

The interesting thing is that the next OnePlus has been referred to again and again as the OnePlus 8T 5G. So yes, it does state upfront that the model will come with 5G support, which is in keeping with the brand’s commitment to 5G. Some are saying that the constant reference to 5G in the name indicates there’s a chance that it might hint at the existence of a 4G model. We doubt it, though.

The OnePlus 8T will be launched on October 14 at 7.30 pm IST. And in India, it will be available on Amazon India. It is available for pre-booking from 25 September to 16 October 2020 at all OnePlus exclusive stores, for a payment of Rs 2000.

We will keep updating this as we find out more. Officially.

How to Make Sure Deep Fusion is Working on Your iPhone
Handing your phone to a friend? Make sure they can use only…
It sure is cool, and happening, but how much do you REALLY…
6 Cool Things About Pixel 6 and Pixel 6 Pro Officially…
OnePlus 10 Pro Specs Revealed Ahead of the Launch
Qualcomm Announces its Next-Gen X60 5G Modem for 2021…