Aging with grace and without wires

It is 2020 and we have seen three versions of the AirPods in the market so far — the AirPods, the AirPods 2 (with and without wireless charging), and the mighty AirPods Pro. As per some, Apple is expected to launch a new variant of the AirPods shortly but we are actually here to tell you why buying the base AirPods– the AirPods 2 without wireless charging might still be a good proposition. And no, not just because they are being offered free with the iPhone 11 on the Apple India Store or are coming at special prices on Amazon India (check the math we did if you are confused) 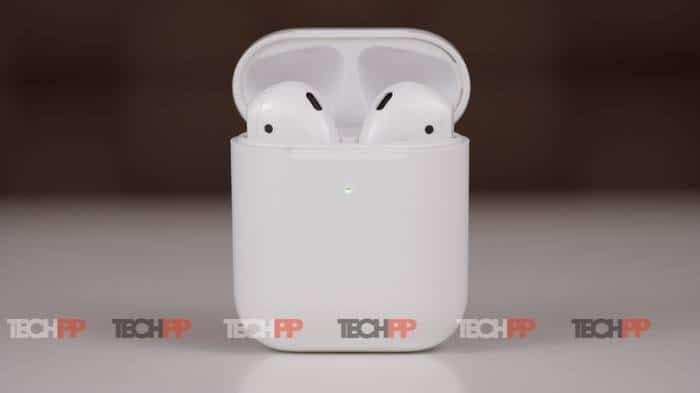 Not much between first and second gen…and that’s ok

When Apple first launched the AirPods in 2016, many dismissed them just by the looks of these totally wireless earphones (“EarPods with the wires snipped off,” some sneered) but the AirPods actually turned out to be quite a bit of a hit. And that legacy continued even with the AirPods 2, the ones that are now the base model of the range officially available out there in the market.

Now there wasn’t a hard-hitting difference between the first AirPods and the second one – the AirPods Pro was the first set of AirPods that really broke the initial AirPods mold – but that does not take anything away from the fact that these are still one of the best truly wireless earphones in the game. Yes, even though they work and sound rather similar to the way the first ones did almost four years ago. And no, we are not saying that just because they are the most affordable of the AirPod lot at an official tag of Rs 14,900 – a price at which you can get several other TWS which claim to deliver competitive and even better sound and features.

A pleasure – and so simple – to use

One of the biggest reasons why we love the base AirPods is because they are a sheer pleasure when it comes to ease of use. God knows wireless earbuds can be complicated. With their tiny buttons and touch controls and commands, it can be quite difficult to get used to a wireless earbuds’ interface. But ease of use has been one of the biggest USP of the original and second generation of Apple’s wireless earbuds. The AirPods were the OG wireless earbuds in the market, and hardly any earbuds have managed to bring in the kind of simplicity and ease that they did, even years after they were first introduced – everything is literally a few taps away. 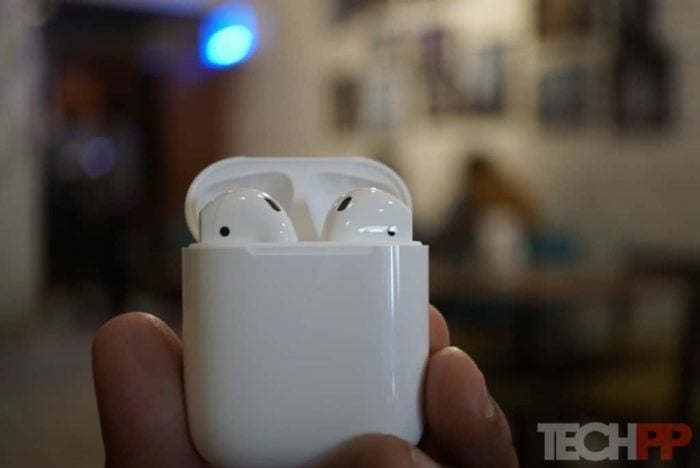 Do not get us wrong, some of the brands like Sony, Skullcandy, and Jabra have tried to make their buds simple, but nothing quite compares to the AirPods even today. This is why they remain a favorite even though some other feature-heavy counterparts are available in the market. We think they are actually easier to use than their Pro avatars and their slightly fiddly touch panels.

Even the design of the AirPods which was heavily criticized initially adds to the performance of the buds. Each end of the long stem has microphones that take call quality on the buds up a notch. This is another area where the base AirPods manage to outdo its Pro avatar. Simply because of the length of the stems and because the mics are closer to one’s mouth on the base AirPods than the Pro ones. We prefer using them for calls. And because they do not go all the way in, they never really hurt your ears. So, even if you are using them for prolonged periods, they still wouldn’t feel like a burden.

Some might say that the sound quality of the base AirPods isn’t as good as the Pro variant or even some of the other wireless earbuds priced in the same range or for a lower price tag. That might be true in some cases but the sound quality of the AirPods cannot be called bad by any standards. They deliver a very balanced sound. There might not be a lot of body to the audio but you get a clean balanced sound. No, this is not sound for the purists, but if all you want is clear music, good sound while gaming, and sound with hardly any latency during shows and videos, these are very good. 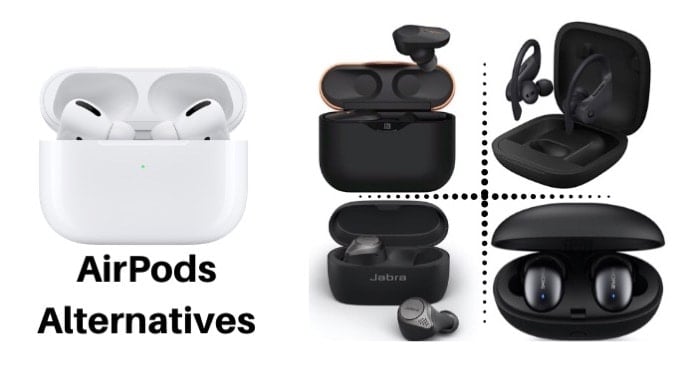 Another area where they excel is connectivity – we have seldom suffered from lost connections even when we have been separated from our phones by a few meters, sometimes even by the odd partition. These are very solid performers.

Not perfect, but still crazy after all these (y)ears

Yes, you won’t get wireless charging with these which comes with the wireless variant or fancy features like ANC, something that is available on the AirPods Pro but these buds are all about getting the job done. You can just put them in and get them going minus the extra bucks. We would also not recommend them if you need ear-buddies to accompany you during your workout sessions as they cannot really stay put through high-intensity workouts and do not come with an IP rating. Finally, we would have liked more battery on the buds themselves – we generally get four to five hours from them, although the case allows us to get four to six complete recharges for a 24-hour battery life, which remains very impressive.

They are not feature heavy, and they have their weak points, but their sheer ease of use, good sound, comfort levels, and call quality make the base AirPods very good value for money even now. Whether you choose to get them for Rs. 14,990 officially, or for lower at an e-commerce portal like Amazon, or even for free with the iPhone 11 from the Apple India Store, they remain buds that you can just put in your ears and forget about. Because they just work. They might not have the bells and whistles, but deliver a functional, hassle-free audio experience, that others still struggle to match.

Which is why they remain a sound investment even after all these (y)ears. All puns intended.