The wireless technology is part of our daily lives and some of us aren’t even aware about this. When you talk on your phone, it’s the wireless power that helps you to do so. The closest example to wireless technology is the Wi-Fi that allows you to take your laptop in the kitchen and watch movies on YouTube while warming up some meal. We don’t even notice these things and we take them for granted – because this is the beauty of technology, it gets unseemingly embeded in our lives.

But we want more than that. Our devices have batteries and those batteries are still quite poor, unless a fuell cell revolution will rescue us. For those that are afraid they might run off battery juice when they’re on a trip, Spare One Phone claims to have more than 10 years of battery life! But our devices get more powerful, thus more battery consuming, so how are we going to solve this issue? We need to recharge quite often, and we don’t always remember to do that. Wireless charging – this is the next step. 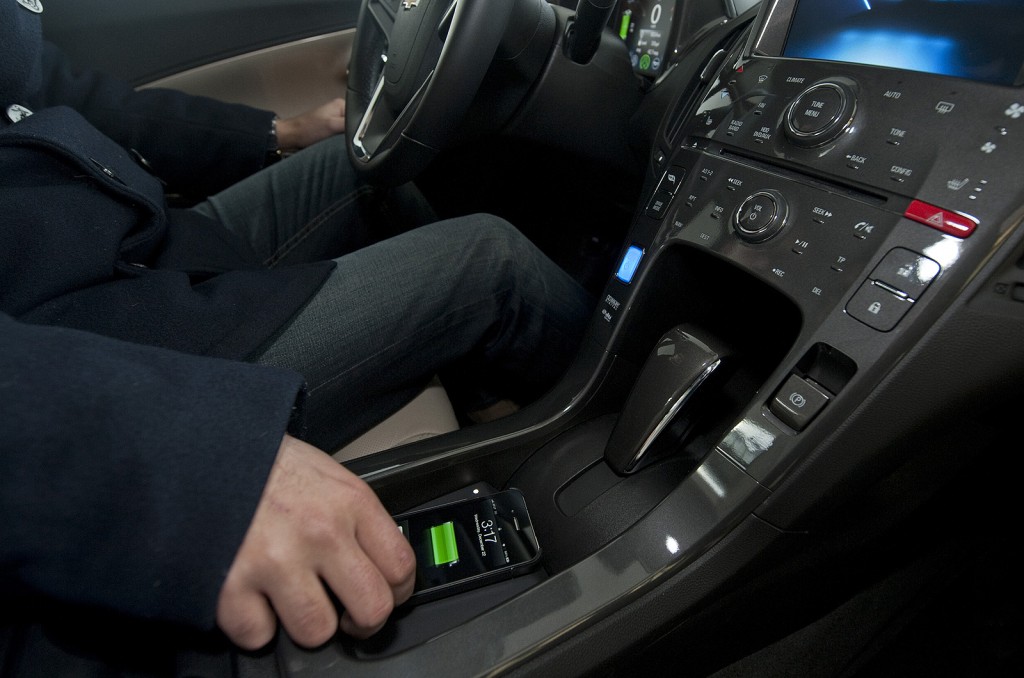 The wireless charging revolution has begun

Two years ago, when we were reviewing Powermat’s Wireless charging system, did we know that 2 years later, two of the most notorious smartphones in the world will come packing their own wireless charging solutions? We are talking about Samsung’s latest big boy – the Galaxy S3 and Nokia’s first Windows 8 Phone devices: Nokia Lumia 920 and Nokia Lumia 820. Both devices have a wireless charging pad, Nokia has one that’s called the Fatboy (it’s actually a pillow) plus the Wireless Charging Plate DT-900 and Samsung has its own wireless dock.

What you should understand about these wireless charging “stations” is that you can’t keep your device in the kitchen, while your pad is in the bedroom. The distance between these two has to be very small. This technology is also referred to as “inductive charging” and it works very simple – there are two “smart coils”, obviously one is in the charging kit and the other one in the charging device. The first coil (the one in the charging pad) makes a small electromagnetic field around it where electricity can be transferred. Thus, the device’s own coil “connects” to that field and feeds its battery.

Intel, Nokia, Samsung: the trio that could make wireless charging a standard 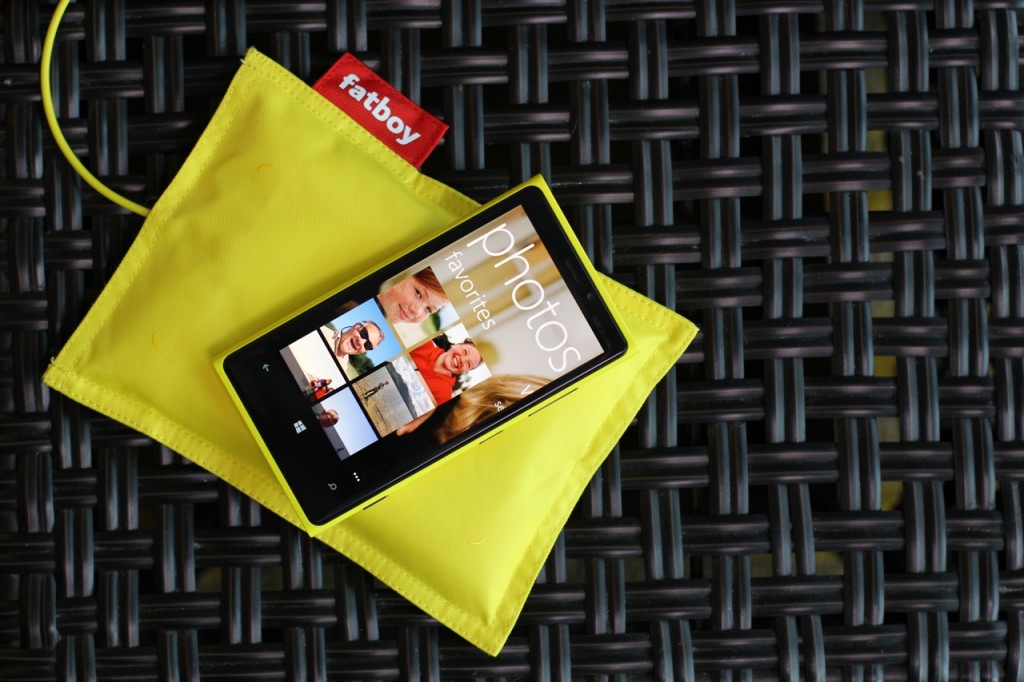 For those that are not aware, Nokia and Samsung are not the first big companies to have used such a technology. If you remember, sometime in 2009, for Palm and Pixi devices there was the HP Touchstone wireless charger. And what’s even more interesting, even the TouchPad tablet had such a coil embedded that made it suitable for wireless charging. In fact, you can still buy the Touchstone charging dock on Amazon, if you’re one of the lucky possessor of the dead TouchPad.

Too bad TouchPad had to go away so quickly. But a good thing that followed right after was the increased activity of the Wireless Power Consortium, which had been created only an year earlier. This consortium is formed by more than 100 companies, the most known of which are Logitech, Nokia, Samsung, HTC, Huawei, Texas Instruments Incorporated (maker of processors for latest Kindle Fire tablets), Belkin, Energizer, Haier, LG, Motorola, NEC, Panasonic, Pantech, Philips, Powermat, ST-Ericsson, Verizon. And we’re alreading seeing real, palpable products on the market.

The mission of this huge consortium is to help us get rid of cords and wires. But for that, there needs to be a standard. Think of this standard as the USB. If every laptop maker would have its own USB version, just imagine how difficult it would be to connect other devices to it. That’s why, the WPC wants to create, promote and maybe even make standard an international wireless power standard that is currently named Qi.

Another big announcement from Intel was the fact that they are developing along with the Integrated Device Technology company a solution to wirelessly charge phones directly from your laptop. Intel is not (yet) a member of the Wireless Power Consortium, so they might choose to go on their own path to promote this technology. What sets apart Intel’s Wireless Charging Technology is the fact that they will rely on “resonance wireless charging technology”, which is said to increase the distance between the two interacting coils. We talked about this in our article about WiTricity’s effort to increase the charging range and make it automatic.

How can it become mainstream

Wireless charging can become mainstream and I have all the faith it will and quite soon. In the future, I don’t think we’ll refer to it as “wireless charging” but we’ll use a much nicer and shorter name, just as we have Wi-Fi, Bluetooth, 3G, 4G, LTE we will have, say, Qi. And 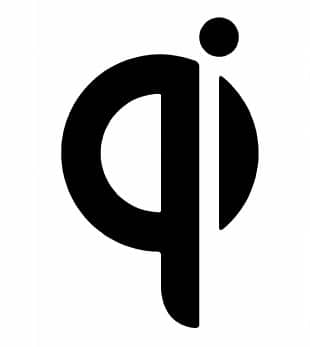 even if we think Nokia Lumia 920 has disappointed us for valid reasons, a big merit goes to it for putting the wireless charging technology under the spotlight once more. Nokia proved that they thought about their product pretty well and put consumer in the center, just like Apple’s philosophy has been for so many years.

A key announcement from Nokia was that they are going to partner with Coffee Bean & Tea Leaf shops in the U.S; and the Virgin Atlantic London Heathrow terminal in order to make charging pads available for those that carry Lumia 920/820 with them. From what I know so far, Samsung hasn’t done that and neither has HP. It could go wrong for consumers if the charging pads will work only for Nokia devices and it would be absolutely awesome if a standard could be developed and used.

It still needs to be polished before mass adoption

Just like you go now into a restaurant and you connect to their local Wi-Fi network, you should be able to charge it. For that, a standard needs to be developed and Nokia, even if it has made these partnerships for its own customers, has made a step forward in that direction. Wireless charging still has its issues, of course, such as:

A true trend setter could be the iPhone 5, but there are small chances Apple would release such a technology. It’s not even sure if Apple will “endow” it with NFC. In Japan, for example, wireless charging is becoming more and more widespread, especially thanks to the efforts of the NTT DoCoMo carrier. We are just in the start of the adoption and it will be a while until the moment when you’ll take your device and charge it inside your car, in the airport, at the local coffee shop, at school, at the hospital. Maybe then we won’t have to worry about battery issues neither for Android, nor for the iPhone.

Was this article helpful?
YesNo
TechPP is supported by our audience. We may earn affiliate commissions from buying links on this site.
Read Next
DailyObjects Surge 3-in-1 Review: A must-have for iOS ecosystem wire haters
#smartphone #tablets #wireless charging