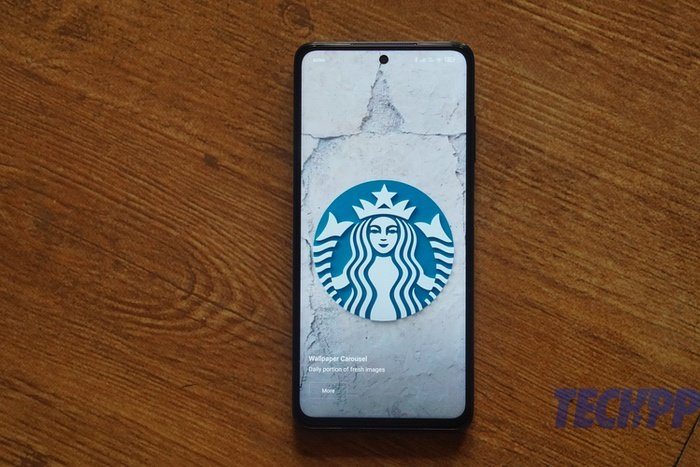 Mi…er, Me ain’t no Redone Redmi!

It started off with the very different F1, but the period since has since Poco being labeled as a brand that mainly rebrands Redmi phones. The Poco X2, M2, and M2 Pro were all accused (with some justification) of being rebranded avatars of Redmi devices. Well, with the X3, Poco gets right back into being original mode. There is no chance of anyone mistaking it for any other device, especially from the back.

It is a plastic back but slightly textured and with different shades as we saw in the Poco M2 Pro with a vertical band of a different shade running along the middle. It also has a very distinct camera unit – a rectangle with rounded edges with sensors and a flash arranged on the corners in the middle. The overall effect is actually rather nice, although the plastic does pick up smudges. The phone is available in two colors – Shadow Gray and Cobalt Blue. We got the former, and well, while it won’t make heads swivel, it is handsome enough and that camera unit marks it out as a Poco device.

Just to make doubly sure that you remember the brand behind the phone, there is “Poco” in large letters on that band on the back. To be fair, though, Poco has handled the branding a lot better than Realme on the initial Narzo devices. The name becomes visible from certain angles and has a mirror finish on it. We are not fans of large lettering on phones, but Poco has pulled it off very well on the X3. Incidentally, the phone comes with splash and dust resistance.

It is not only the lettering on the phone that is large, though. The X3 is an unabashedly large phone – 165.3 mm in length and at 10.1 mm, definitely not in the slim and trim race. The front is dominated by a large 6.67-inch display (Gorilla Glass 5) with a punch hole notch right in the top center. It has a fingerprint scanner on the side which also doubles up as a power/display button (an arrangement we absolutely love) with the volume rocker above it, a USB Type C port, a 3.5 mm audio jack, and a speaker grille at the base. The left side is largely bare, except for the SIM tray slot (dual SIMs with a dedicated place for a memory card). At 225 grams, it is not exactly lightweight but is not crazy overweight either. This is a big phone and does not try to camouflage it.

Some rather impressive hardware 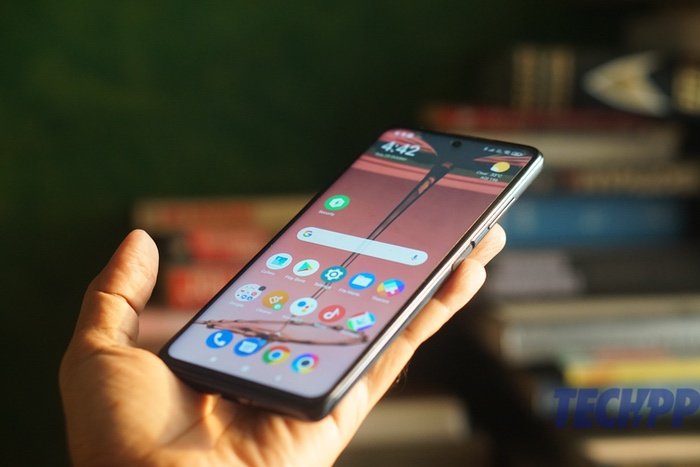 The Poco X3 comes with some pretty hefty specs for its price too. That 6.67-inch display is a full HD+ LCD one, with a refresh rate of 120 Hz. And under the hood is a spanking new Qualcomm Snapdragon 732G processor (the first phone in the Indian market to feature it) and RAM and storage variants of 6 GB/ 64 GB, 6 GB / 128 GB, and 8 GB/ 128 GB, with expandable memory for good measure. A very pleasant surprise is the presence of stereo speakers, which are a rarity in this price segment.

The cameras on the back are a 64 megapixel Sony IMX 682 main sensor, a 13-megapixel ultrawide camera, and two seemingly token two-megapixel depth and macro sensors, while the notch in front houses a 20-megapixel selfie snapper. Making all this run briskly for a while is the task of a 6000 mAh battery with a 33W quick charger, that’s in the box. Connectivity options include 4G, Wi-Fi, Bluetooth, GPS, Wi-Fi and there is an infrared port too for those who want to use the phone as a handy remote. And this being a Poco device, you get the ad-free, feature-rich Poco UI on top of MIUI 12 and Android 10. All of which is well above what one would expect in a phone at its price point.

And a rather impressive performance too 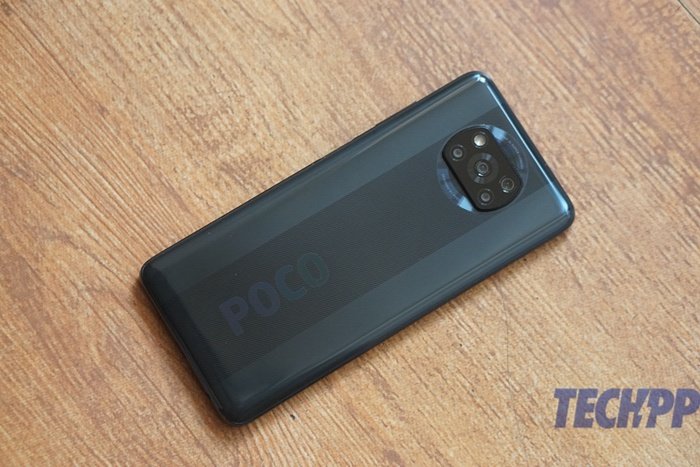 And all those specs are not just figures on paper. The X3 delivers an amazingly consistent performance. The display, like the one on the Poco X2, is a very good one and although we are not refresh-rate fans, we found it more than reasonably bright and also very visible in bright daylight. The Snapdragon 732 turns in a decent performance too, and lets you play games like Call of Duty and the Asphalt series comfortably, although you will face the odd lag if you max out settings. There is a gaming mode onboard as well, and we would say that the performance of the phone was significantly better than what we have seen on Snapdragon 730 devices when it comes to running multiple apps and general smoothness. The phone might seem a little large to some people but that display is great for watching videos, browsing the Web, and playing games.

The Poco layer on top of MIUI runs smoothly enough, with hardly any lags, and although some apps do come preinstalled (and can be removed), we found the performance to be on par with the Redmi Note 9 series, and even a little better in terms of multi-tasking. And while the phone comes with a speedy enough face unlock, we love the fingerprint scanner on the side that works much faster and is more secure. 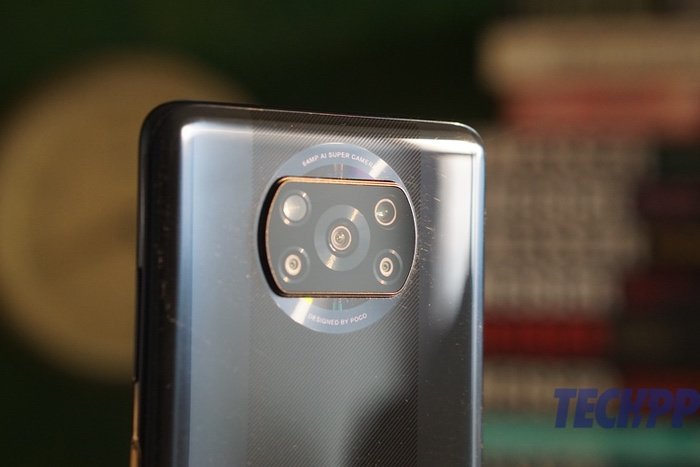 The cameras also turn in a very good performance. We think the color gets a little on the saturated side, but by and large, we got very good detail, and even low light performance was surprisingly good (for the price segment). The ultrawide sensor adds some value to the shots, but we really did not get much from the macro sensor. Portrait mode was good enough, although the processing seemed to take some time. In terms of video, the phone was about average, with results decent enough for social networks, but not really up there with the best. Selfies insisted on beautifying us (which not everyone would mind) but again delivered good detail. Overall, we would rate this as one of the better camera set-ups in the sub-Rs 20,000 segment, with greater consistency than what we saw on the Redmi Note 9 Pro Max and even the Realme 7 Pro. 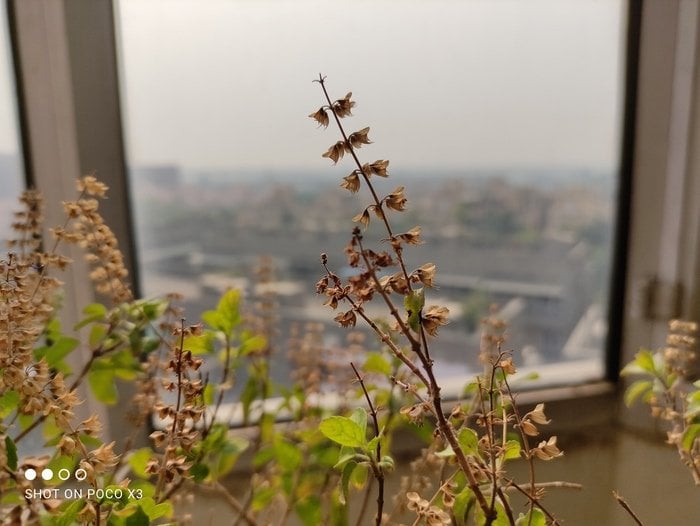 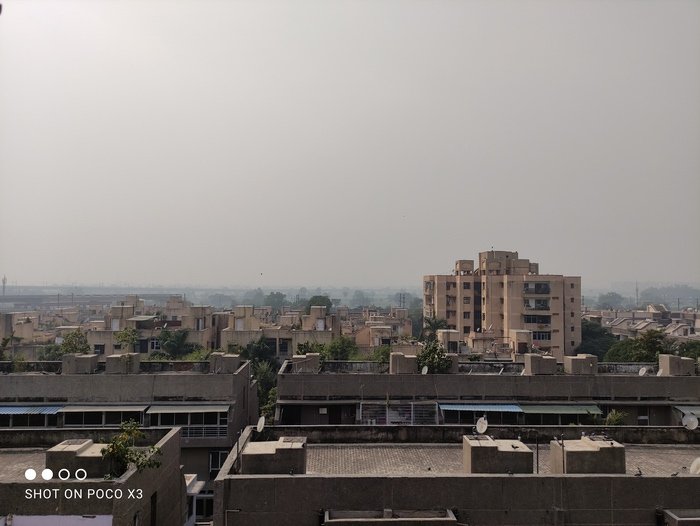 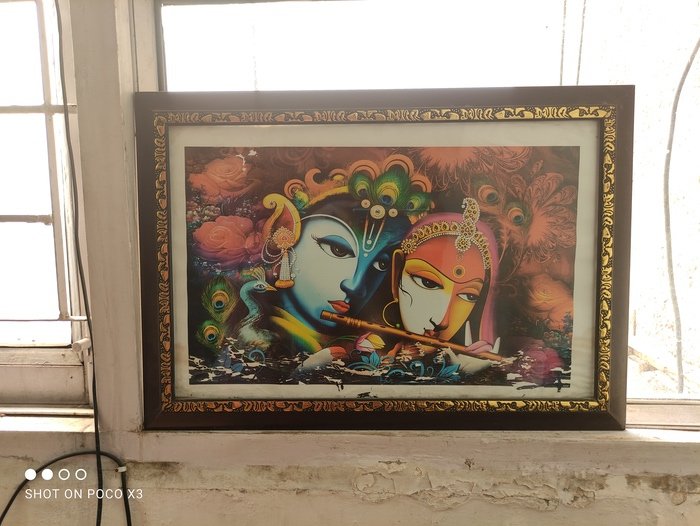 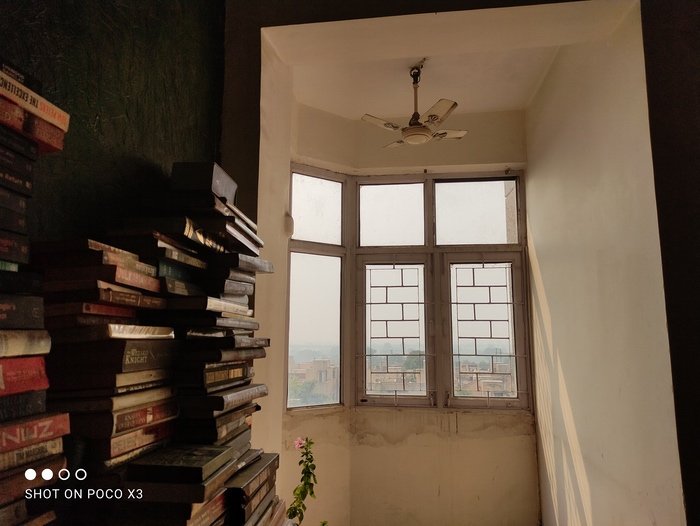 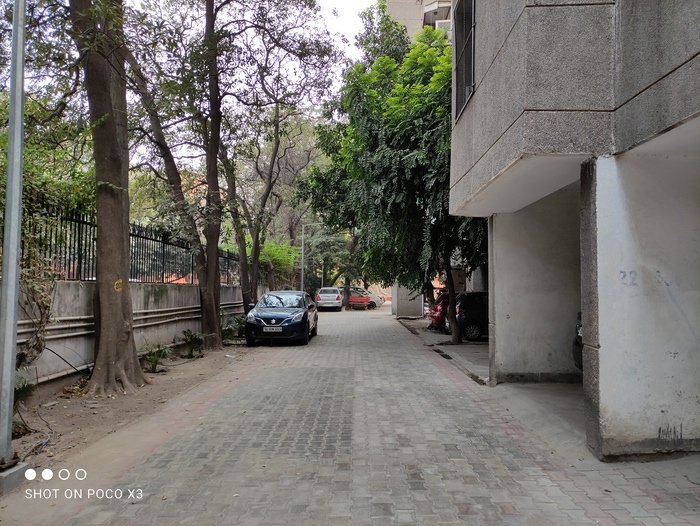 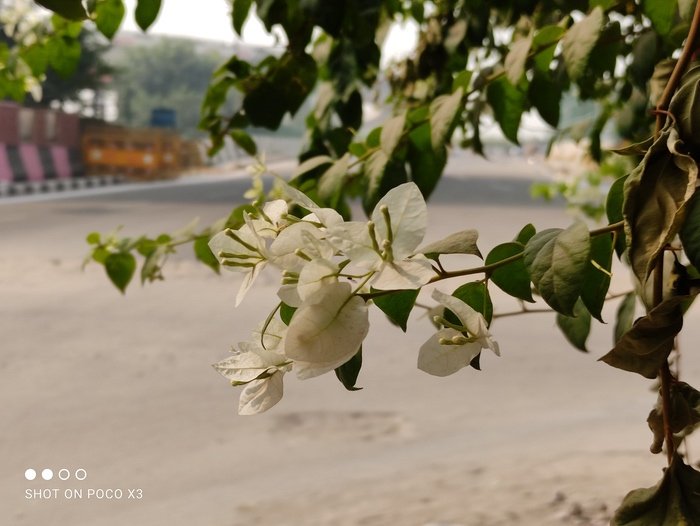 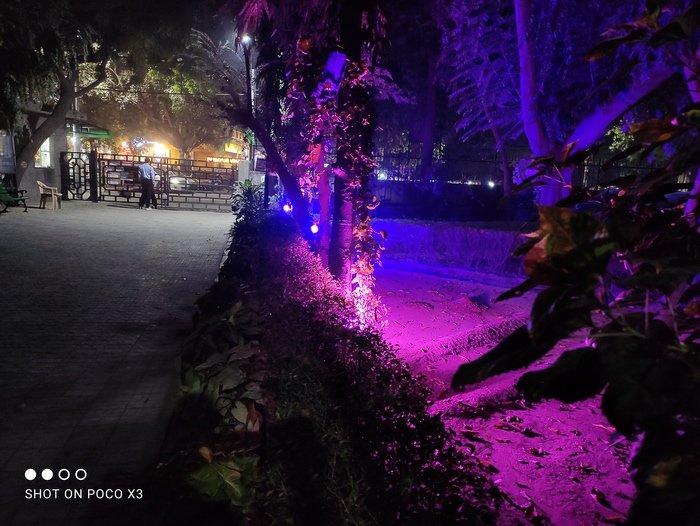 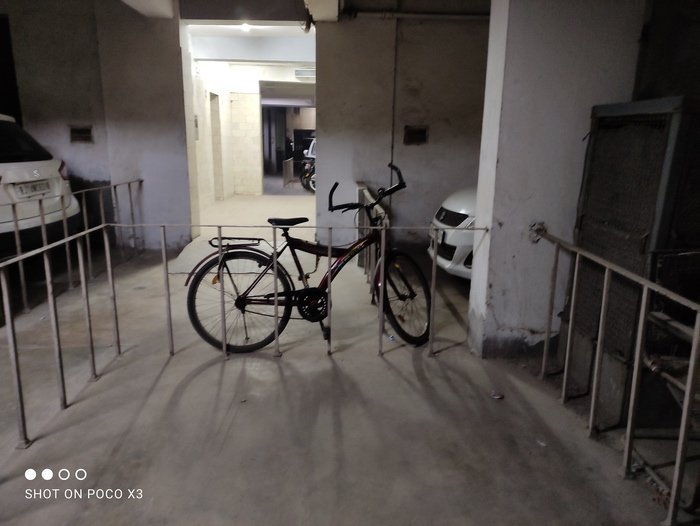 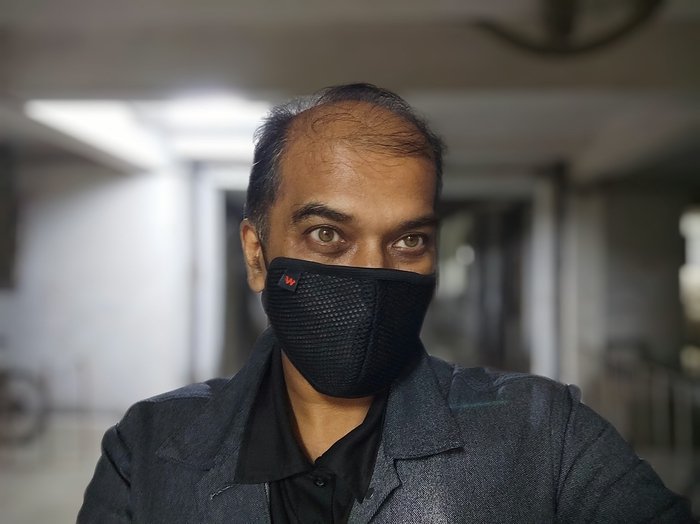 But where the Poco X3 really shines is in battery and sound. The 6000 mAh battery pulls out a day and a half of usage even when the display is set to a 120 Hz refresh rate, which is kind of unprecedented in our experience. Get that down to 60 Hz and the battery gets you through two days and even into a third with a degree of ease. The 33W charger might not seem a big deal at a time when the likes of Realme have bought 65W charging to the segment, but it charges up to 90 percent of the phone in about an hour, although a full charge takes closer to an hour and a half.

Then there is the sound. Getting stereo speakers in the mid-segment is a rarity, and the Poco X3 aces this department with a dual speaker arrangement that is remarkably loud. Combined with that large display, those speakers make the phone a formidable multimedia consumption device. Explosions, applause…everything just seemed to boom out of the phone. Yes, the back of the phone does vibrate a little at high volumes, but that is a phenomenon we have noticed in other phones as well, and it never reaches distracting levels. 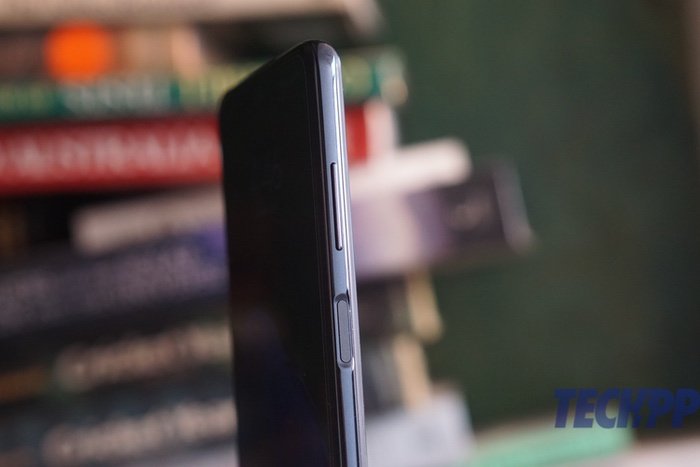 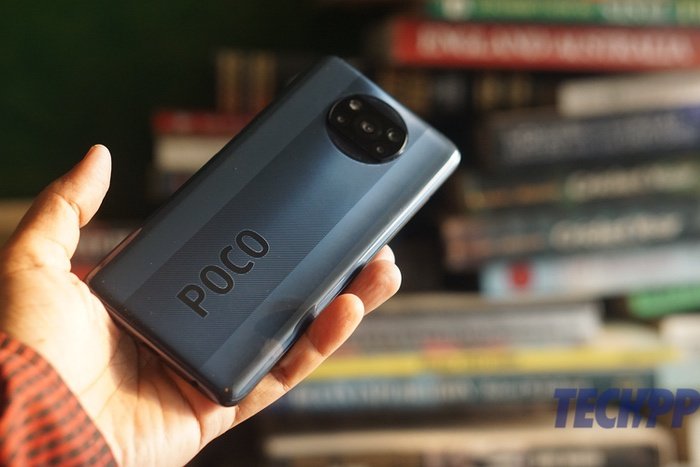 In fact, we would stick our necks out and go as far as to say that thanks to its combination of display, sound, battery, cameras it is right now the best option below Rs 20,000 and would even give those with a budget of Rs 25,000 reason to pause and think. It does have competition from the likes of the Realme 7 Pro and its own sibling, the Redmi Note 9 Pro Max, but as of now, none can quite match what it brings to the table. They might better it in the odd field here and there – some might come with an AMOLED display, some others might sport faster charging… but as an overall package? Nothing really comes close at the moment.

The mid-segment just got a heavyweight!

Review Overview
Was this article helpful?
YesNo
TechPP is supported by our audience. We may earn affiliate commissions from buying links on this site.
Read Next
iQOO 11 5G Review: Does It End Your Quest for the Ultimate Smartphone?
#Poco #Poco X3 #review