Redmi Note 9 Pro Max: Nothing Note, nothing Pro, nothing Max

Nothing Note-able about it really…and that is disappointing

Xiaomi is a brand that did not really get its hands in traditional advertising for the longest time. But when it did, it created the kind of ads that made people glad that it finally got into advertising. Some of its ad campaigns were funny, clever, and everything you expect a contemporary yet a “desi” (Indian) ad to be, like the “Kiska Baja” or the “Naya Note” ad campaign. These campaigns set the benchmark for what Xiaomi could do in the ad world. It also set the brand apart from those who followed a slightly more glitzy and conventional approach in advertising.

Well, that might be changing. Redmi recently released a new ad to promote its latest Note flagship, the Note 9 Pro Max, and honestly, there is nothing ‘Note’, nothing ‘Pro’, and nothing ‘Max’ about it.

Unreal Pro to the power of Max

The minute-long ad is staged in a moving metro train. The train stops suddenly, which makes the phone (obviously a Redmi Note 9 Po Max) slip out of the hands of our protagonist. And time freezes everything and everyone but the phone. And thanks to the license provided by creative visualization, reality commits suicide on the same tracks this train is supposedly running on. After slipping out of the guy’s hand, the phone, much like Superman without a cape or anything human (or Kryptonian), flies all through the train while everyone else is seemingly frozen, accompanied by some rather funky music (slightly odd to have danceable music when almost nothing is moving?).

In the process, the phone highlights its features and USPs of the smartphone, before somehow ending up back in the hands of the owner before he has to disembark, like a faithful pigeon or a mindless boomerang, even as he gets a call (from Xiaomi India head Manu Kumar Jain, no less). While the phone is out on a spin, it highlights features like the 64-megapixel camera, 5-megapixel macro camera, how it is splash-proof, has a 5020 mAh battery, and runs on Qualcomm Snapdragon 720G, and is good for gaming…basically a fancy, unreal readout of real specs. The ad ends with a visual of different colors of Note 9 Pro Max on the screen with some basic spec and price information.

Time stands still…and so does creativity 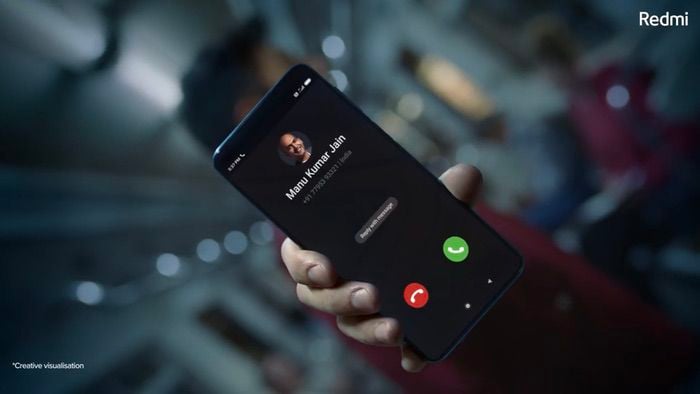 “Redmi Note 9 Pro Max” is not the first ad to have used an unrealistic concept and put it to use to highlight the features of a smartphone. We have had numerous ads from different brands that have used similar approaches to advertise their products. But when you have the liberty to rise above and beyond the realms of reality and create something which does not have to represent real settings, you open up a sea of possibility where you can literally do ANYTHING to highlight the product and its USPs. And then if you release an ad like this, it kind of well, does the opposite of good for the product. 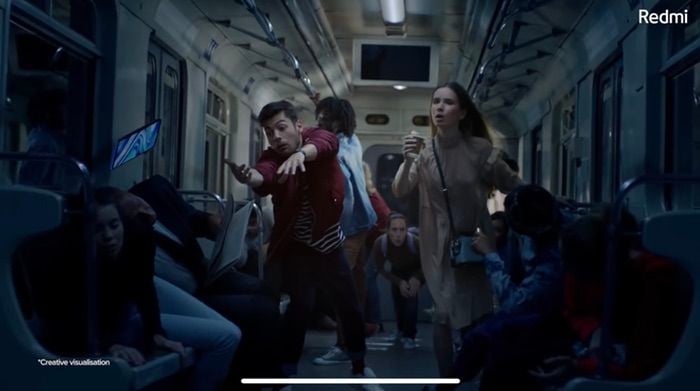 The new Note ad is a hard sell ad trying to wear the cloak of creativity. This makes it a bit of a stray ad as it fits in neither category – neither hard sell nor creative. We would have appreciated this ‘out of the box’ concept if it had been outrightly one. The ad had this really weird concept with unrealistic visuals that were trying to complement something as basic as a spec readout. But what we cannot wrap our heads around is the fact that why does a phone have to zip through a metro in order to highlight its use case? We have seen some less than real concepts from brands like Apple for not one but multiple products over the years, and in most of the ads, these fictional ideas are often the base to highlight the USP of the product. But here the concept sadly did not say hello to the product, which is why it did not really make a lot of sense. 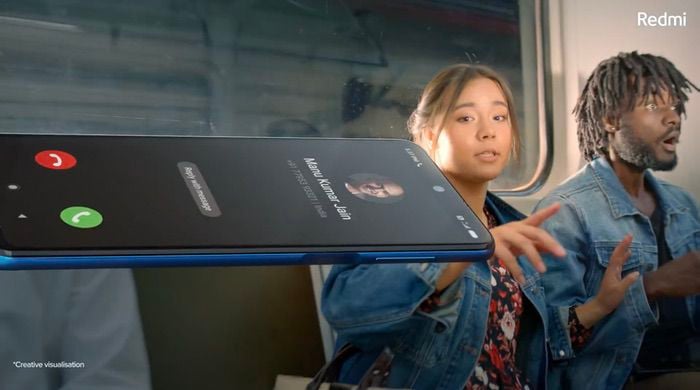 Now that does not mean that the ad is totally worthless. It might not score on creativity, but its core messaging is largely on point. It is all about the Redmi Note 9 Pro Max and from the get-go you would know what the ad is trying to sell. The phone is front and center like it should be. And no matter how absurd the visual representation of the ad may be, it manages to give a lot of information about the device in a span of one minute, which is the main job of an ad. Full marks for that.

For a brand that has given us some really clever, funny ad campaigns in the past, “Redmi Note 9 Pro Max” (heck, they could have given it a snazzy title at least) comes as a big disappointment. To be honest, we think Redmi could have saved a truckload of money on production had they just made a typical hard-sell ad, without this ‘creative’ concept and it would have made more sense to the power of Max than this one.

Is it informative? Yes.
Is it any good? No.
Is it Note-able? Not really.

This would have done for many other brands. But we expected a bit more from the folks who gave us Naya Note and Kiska Baja.