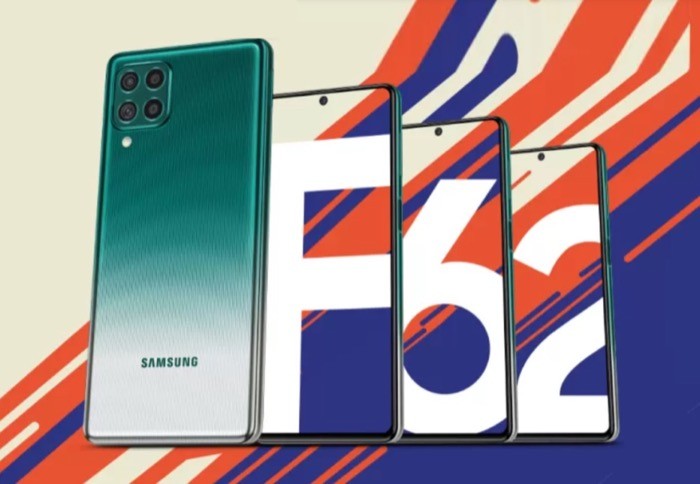 The Galaxy F62 features a glastic back with a gradient-finish back and a square-camera module to house the quad-camera array. Towards the front, it has a 6.7-inch sAMOLED+ display. The display comes with a 20:9 aspect ratio and offers an FHD+ screen resolution. And, it has a hole-punch cutout in the middle for the front-facing camera. The Galaxy F62 is available in three colorways: Laser Green, Laser Blue, and Laser Gray. 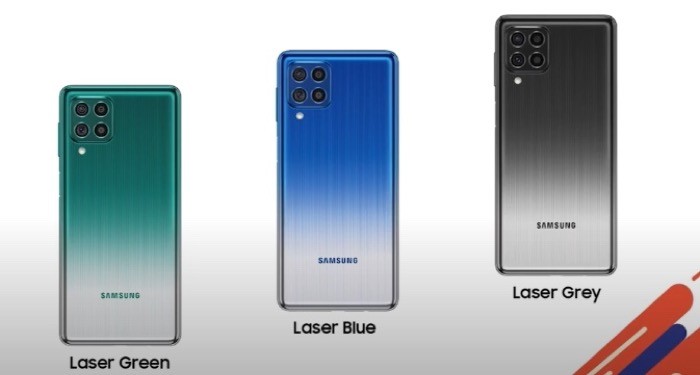 Under the hood, the Samsung Galaxy F62 runs on Exynos 9825. The Exynos 9825 is an octa-core processor built on the 7nm process. It has an integrated NPU coupled with an Arm-Mali G76 MP12 GPU to handle the graphics processing. Assisting the processor is 6GB / 8GB of RAM and 128GB of onboard storage. And, to power everything, it has a mammoth 7000mAh battery with 25W fast charging.

As for other specifications, the F62 comes with support for dual 4G VoLTE, Wi-Fi 802.11ac, NFC, and Bluetooth 5.0. It is equipped with a USB-C port and has a side-mounted fingerprint scanner for authentication. On the software front, the device runs on OneUI 3.1 based on Android 11 out of the box.

In the camera department, the Galaxy F62 sports a quad-camera setup on the rear with an LED flash. The setup for which includes a 64MP primary sensor, accompanied by a 12MP ultra-wide-angle lens, a 5MP macro lens, and a 5MP depth sensor. On the front, there is a single 32MP shooter. 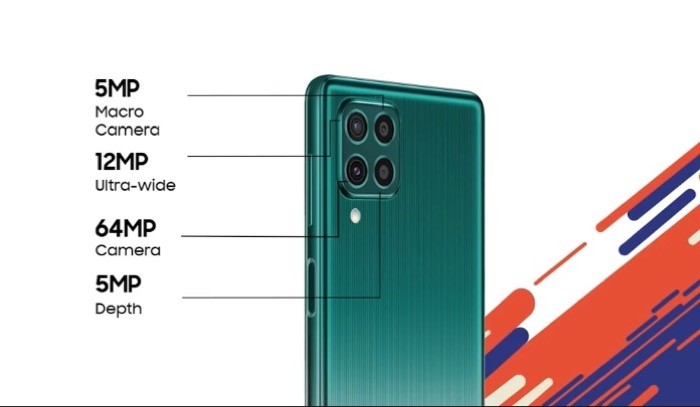 Was this article helpful?
YesNo
TechPP is supported by our audience. We may earn affiliate commissions from buying links on this site.
Read Next
Samsung Galaxy Unpacked 2023: Galaxy S23 Ultra with 200MP, Galaxy Book 3 with...
#galaxy f62 #samsung