Nokia’s budget TWS, the Power Earbuds Lite have finally made it to the Indian market (they were announced in September 2020). And they come into a market that is packed with several competitors. A year ago, TWS were still a relatively niche segment, and everyone was trying to ape the AirPods. Today, these wireless buds are truly mainstream.

At Rs 3,599, the Nokia Power Earbuds Lite come to a very happening budget TWS party in India. Indeed, it was just a few days ago when Realme added a whole new dimension to expectations in the segment by bringing the Realme Buds Air 2, complete with ANC, at a surprisingly affordable Rs 3,299. There are also a number of other players in the zone, including the Oppo Enco W31, the Mi True Wireless Earphones 2, and the OnePlus Buds Z.

What does Nokia bring to this battle? Well, let’s see.

Well, mainly a very solid product in terms of both design and sound. Nokia does go on and on about “Nordic design” which revolves around clean minimalism and these buds reflect that. We got the white (Snow) variant and yes, let us state upfront that they and the case lodging them will get dirty (someone tell TWS manufacturers to include cases for…well, cases. There is definitely a case for it. All right, enough puns done!), but that said, the case and the buds both follow a simple design language. The case is made entirely of plastic pill-shaped, like a cuboid with rounded edges, and in a neat touch, has LEDs on the inside, behind the lid. The neat touch is that the part of the lid that falls over the LEDs is actually gently translucent, so you can see the LEDs through the lid, letting you see the battery status. We just wish the lid had been a more snug fit, though – it tends to move around even when shut.

The buds inside the case are also made of plastic and are oval-shaped. They seem a little on the large side, although they have no stems on them. They have Nokia branding on them, and a tiny LED on them that glows red or blue (when connected) – perhaps the only “loud”-ish touch in the design. The buds come with three sets of tips and are light enough to be worn without you noticing them, and yes, they stay in your ears even when you shake your head thoroughly. The buds (not the case) are IPX7 water-resistant, which means they are good enough to be not just worn in the rain or at the gym, but will even take a dunk in up to a meter of water for thirty minutes. Impressive at this price point.

The case and buds, that shaky cover apart, are solidly built, and together weigh less than 50 grams. They will not turn heads but are quietly smart in their appearance, radiating assured efficiency rather than a brilliant extravagance. 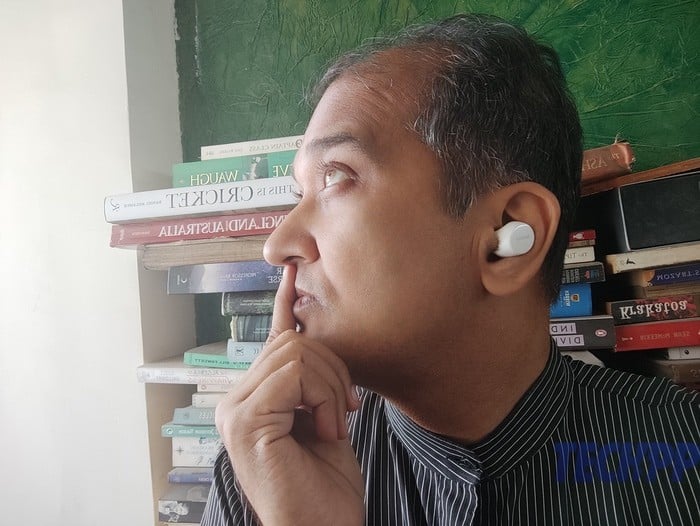 “Assured and efficient” is how we can describe the sound of these buds as well. They come with 6mm graphene drivers and by and large, stick to a balanced sound signature. There is no over-the-top bass emphasis that we see in some other budget TWS. The bass is present and is not suppressed either but it does not overwhelm other frequencies. Vocals are reasonably clear and so are other instruments.

The audio is very good in terms of volume and clarity, but we felt it lacked a bit of “body.” We would put these down as very good for casual listening but if music is an intense experience for you, then perhaps you might like to look elsewhere. They are very good for watching series and videos too, but there are definite lags between sound and visuals when it comes to gaming (a flaw shared by many TWS). There is no active noise cancellation (ANC) but the snug fit keeps a lot of external sound where it belongs – outside.

…with less than smart controls

Using the Power Earbuds Lite, however, can be a bit of a task. Connecting the buds is easy – you just open the case, and take the buds out to get them in connecting mode. And the connection itself is decently strong (Bluetooth 5.0), and we experienced no sudden disconnections even from a dozen feet or so.

The UI, however, is a bit of Tap Tap Revenge. The buds come with tap controls on them, and controlling volume, skipping tracks, and taking and rejecting calls are just a tap or two away. Nothing wrong with that. Unfortunately, there is no clear area demarcated as to where you need to tap on the buds. And that makes the whole control process rather…uncontrolled. You need up tapping far too often wondering which tap will register (the buds beep to let you know). Yes, you do get the hang of it eventually, but we really felt that it could have been implemented better.

We also found that the volume on the buds sometimes went up and down without our intervention, which was a little odd. There is also no ear rejection – so taking out one of the buds does not stop music from playing in the other one. Mind you, sometimes one of the buds would simply go quiet and we would need to place it back in the case to get it going again. Inconvenient. There is no accompanying app for the buds, so we do not know if things can be fixed with a software update. No, speaking for ourselves, we did not miss the app – we really think most of them tend to complicate lives and usage.

Two areas in which the buds shine are in battery and rather surprisingly, call handling. Surprisingly because, as a rule, making and receiving calls from TWS in this price segment is generally not a pleasant experience. The Power Earbuds Lite however are an exception and while we would recommend using them in very noisy conditions, they were by and large very good in terms of handling calls.

When it comes to battery, the buds claim to have about five hours, and the case comes with six recharges. So once you have both buds and case charged, you should end up with something like 35 hours of usage. And in our usage, this was broadly accurate – they are loud enough so you would not always need top volume levels, which we think also contributes to the rather good battery life. Charging happens through a USB Type C port. 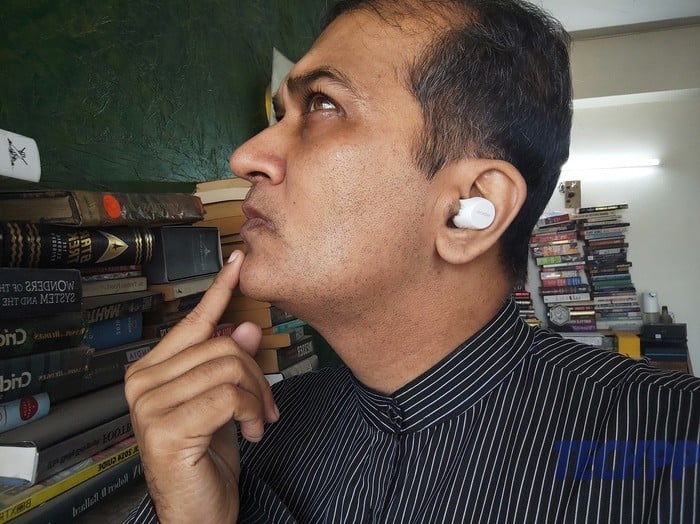 There was a time when just being a Nokia product was enough for a gadget to be a success. Those days are, however, long gone, and as we stated earlier, at their price of Rs 3599, the Nokia Power Earbuds Lite find themselves in a tough fight against some very formidable rivals. Those who like a balanced sound output and a consistent interface might find themselves also thinking of the OnePlus Buds Z, while those in search of ANC and more interface bells and whistles would favor the Realme Buds Air 2.

So where do Nokia’s TWS stand in comparison? Well, we think they would be liked by those who want good call quality (just figure out where to tap though) and consistent and clear audio on the music front, topped off by good battery life. They do not stand out as crazily exceptional in any department but once you have sorted out the interface, these TWS simply turn up and do what is needed. Simply. Efficiently. Very typically Nokia.

Review Overview
Was this article helpful?
YesNo
TechPP is supported by our audience. We may earn affiliate commissions from buying links on this site.
Read Next
Nothing Phone (1) Review: Nothing like Anything Out There
#nokia #Nokia Power Earbuds Lite #review #TWS