In the beginning, was the Redmi Note, and yeah, it was the best phone you could get for under Rs 10,000.

A few years later, there came the Redmi Note 5 Pro, and sure enough, it was the best phone you could get for under Rs 15,000. 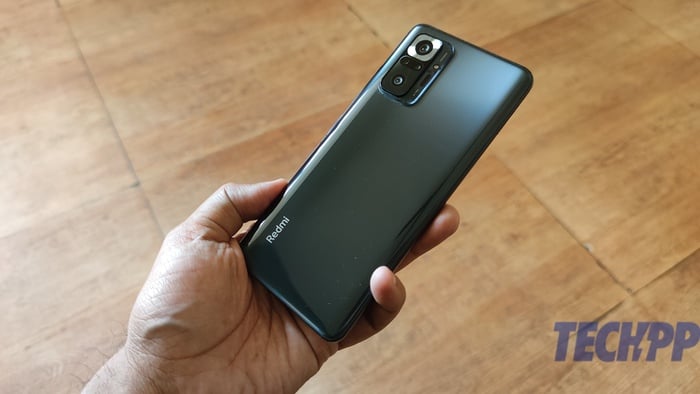 You get the point. There is no beating about the bush: If you are in the market for a smartphone and have a budget of less than Rs 20,000, go ahead and buy the Redmi Note 10 Pro Max.

Yeah, I know we normally leave this bit for the end. But that’s the truth really. In terms of sheer specs and performance, this is a Note in a zone of its own. And it has been a while since we said that – perhaps since the Note 7 Pro, which brought the 48-megapixel camera into the Note zone, which at that time was sub-Rs 15,000.

The Note 10 Pro Max pretty much does something similar. Only more. It brings a 108-megapixel camera at the most affordable price point in a smartphone in the market, and also adds a few features which many had considered to be its Achilles Heel – a Super AMOLED display and stereo speakers (read more in our first impressions). It also comes with a frosted glass finish that adds a bit of understated style to the range. The Vintage Bronze is generating a lot of curiosity, even if my mum does insist on calling it the Fanta edition.

And in best Note tradition, it puts them all together to deliver a very good performance, putting it right on top of the below-Rs 20,000 phone heap. Yes, that’s a new segment for it – the Note 9 Pro Max had flirted with it a little, but it had stubbornly been closer to Rs 15,000 than Rs 20,000. The 10 Pro Max is looking to break into a new zone for the bestselling series. 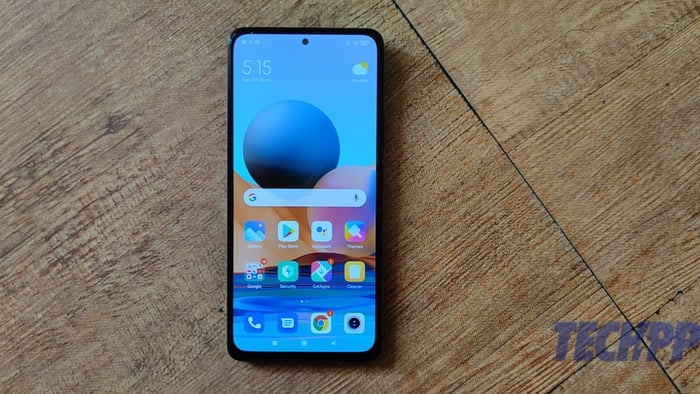 The two features a lot of people are curious about are the 108-megapixel camera and the Super AMOLED display. The Note 10 Pro Max delivers on both fronts. Thoroughly. The 6.67-inch Super AMOLED HD+ display on it is perhaps the best we have seen under Rs 20,000, and is wonderfully bright and delivers colors that are vivid and that pop (shades of Samsung). It also comes with a 120 Hz refresh rate, letting you get that crazy smooth scrolling and also better graphics performance in supported games. Mind you, do remember to activate it – it is set to 60 Hz by default. You also get an always-on display with a number of templates to choose from. We never really had too many complaints about the Redmi Note display from the Note 4 onwards, but with the 10 Pro Max, the Redmi Note moves into the AMOLED zone and bosses it too. There are other AMOLED display phones in this price range but none are this good for viewing content. 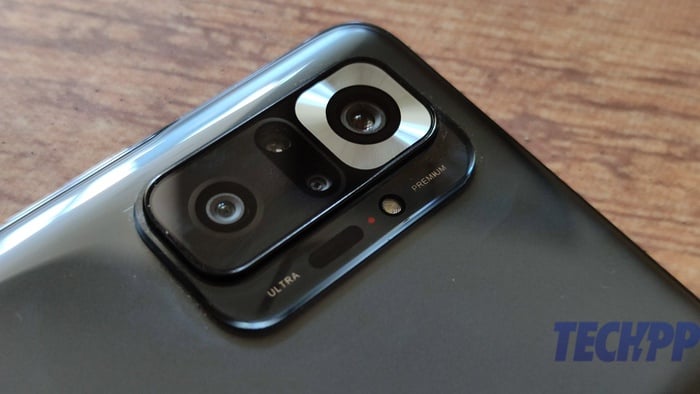 The 10 Pro Max also ticks the camera box pretty thoroughly. The 108-megapixel camera on the Redmi Note 10 Pro Max has the same Samsung HM2 sensor that was seen in the Mi 10i 5G, but there are subtle differences. This one has a slight aperture (f/1.9 as compared to f/1.8) and is also a 6P lens as compared to a 7P one on the Mi 10i. But these are very minor differences. In terms of broad performance, we would say the Redmi Note 10 Pro Max comes very close to the Mi 10i 5G, which is saying something. You get a lot of detail and decent colors (tip: do NOT check snap quality on the phone display which makes them appear slightly more saturated), making this easily the best camera in its price zone. Xiaomi has also focused (pun intended) a bit more on the 5-megapixel super macro sensor in the Redmi Note 10, and well, that seems to have been a very smart move, as the camera delivers some surprisingly good close-ups, although it tends to lose out in low light. 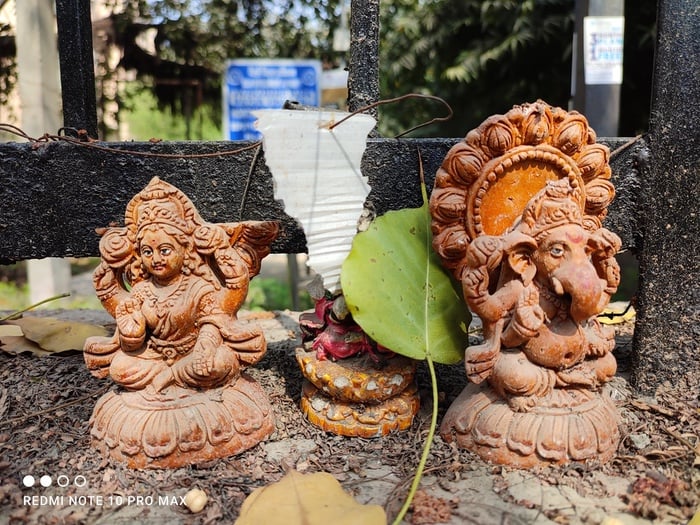 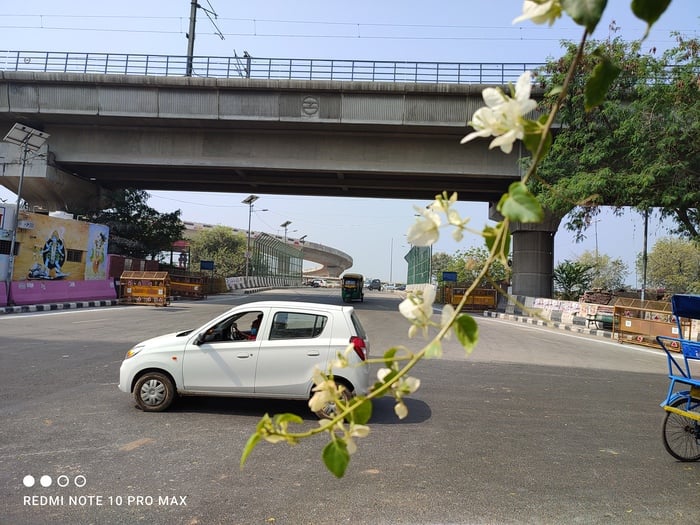 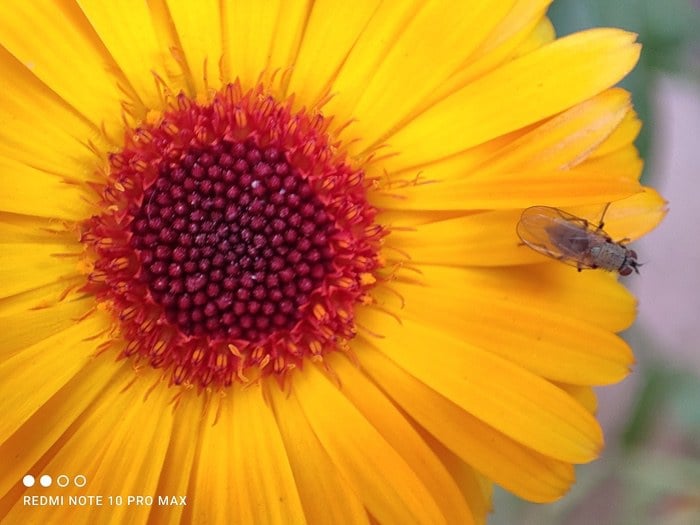 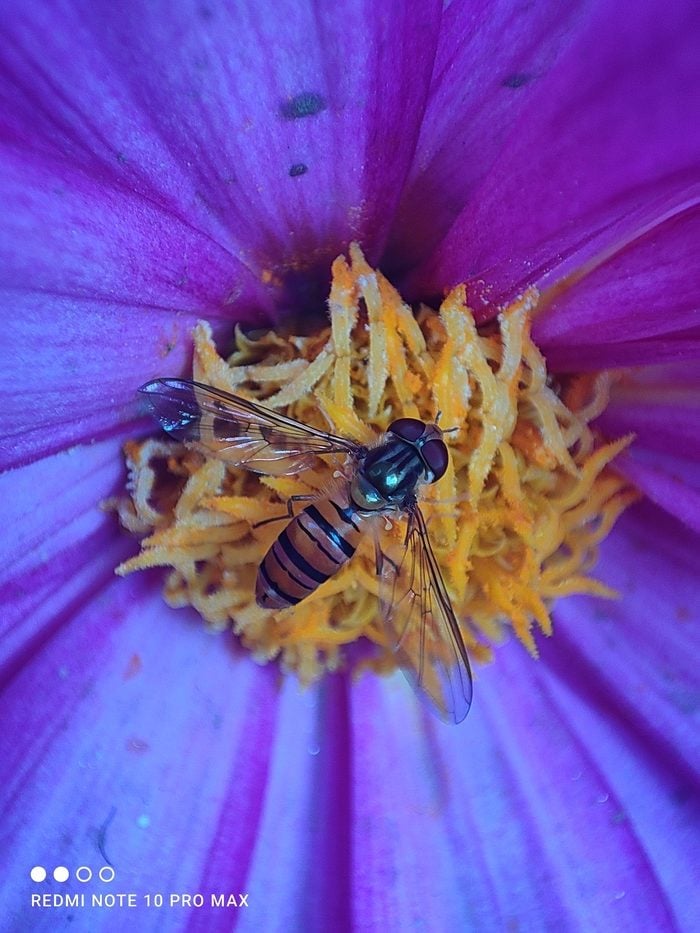 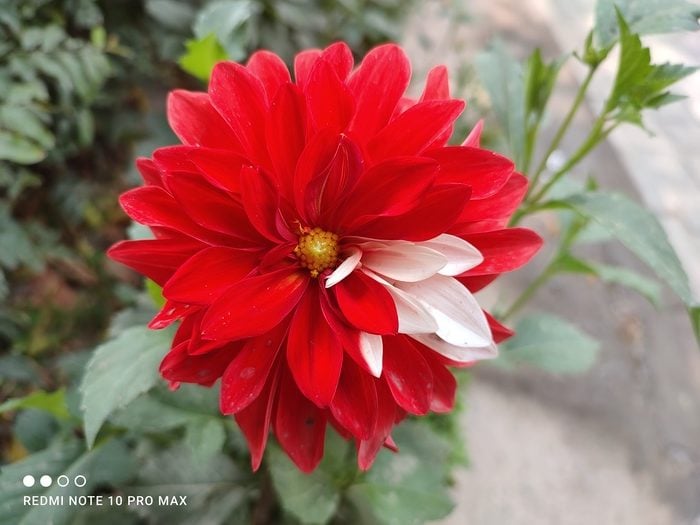 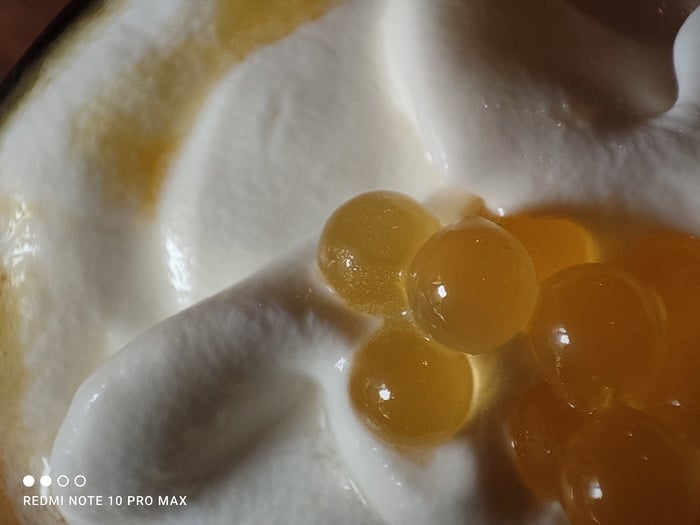 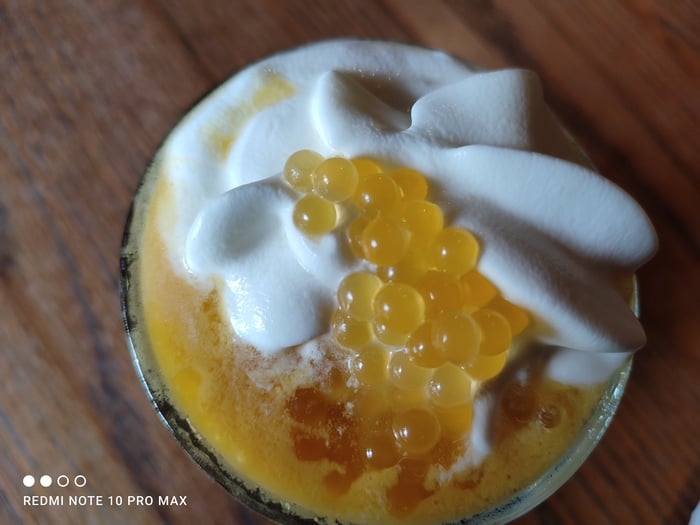 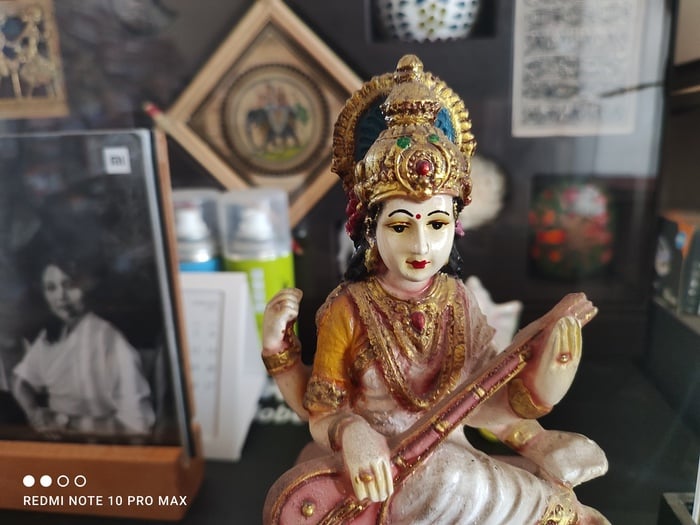 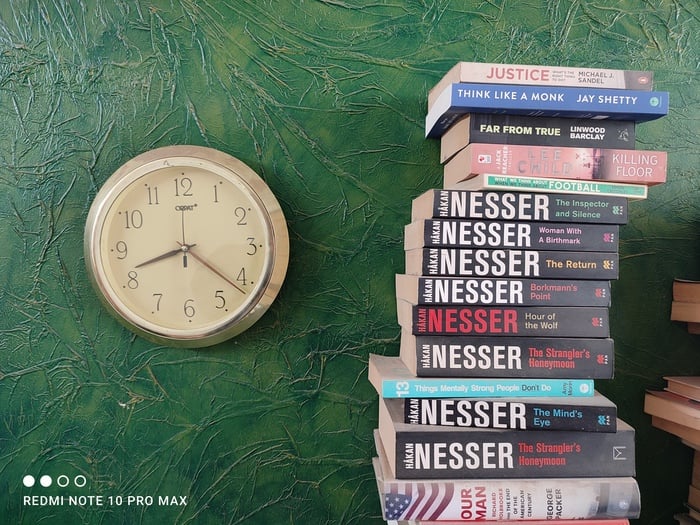 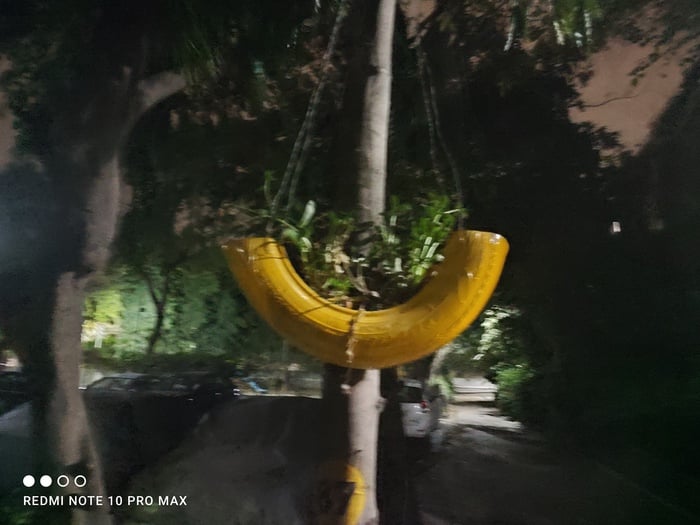 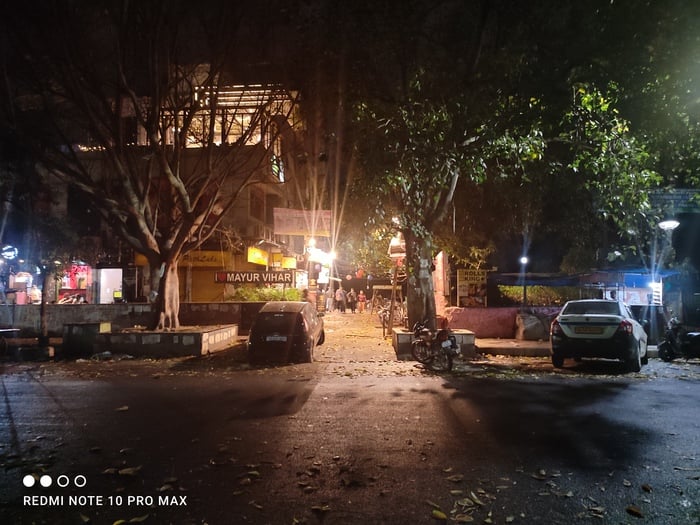 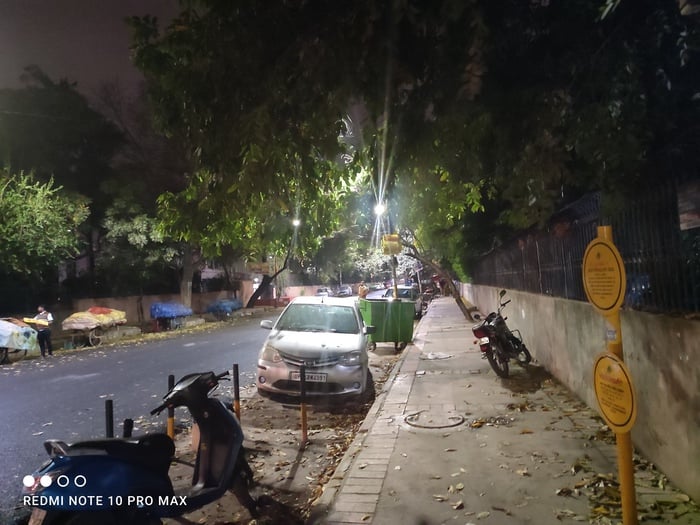 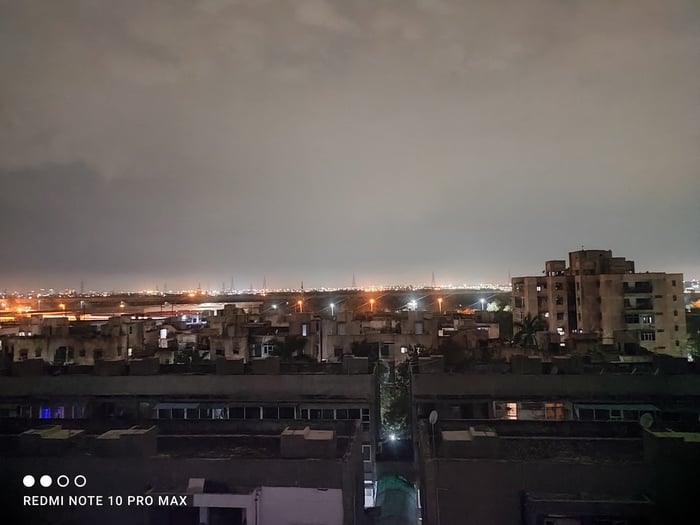 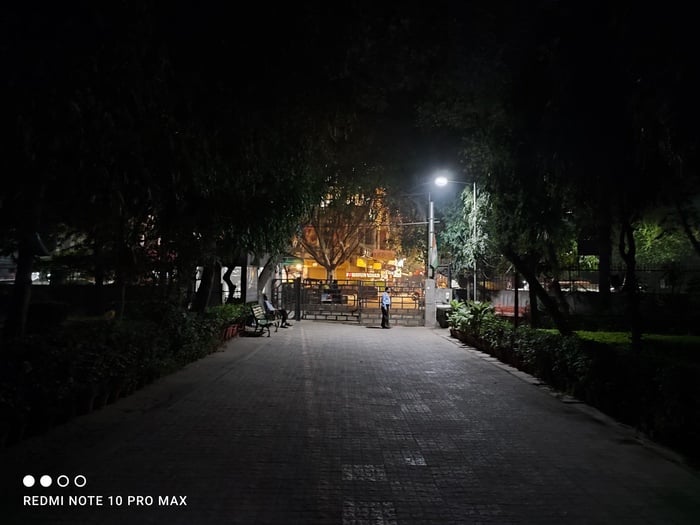 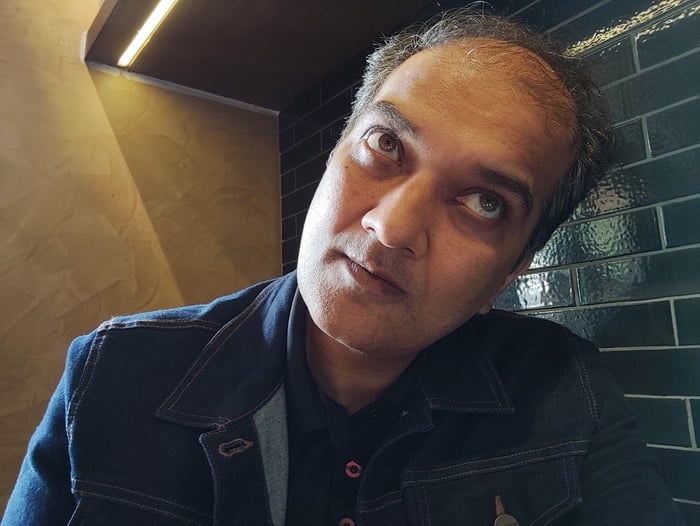 The 8-megapixel ultrawide remains handy for landscapes (a higher resolution would have helped, but well…), and the 2-megapixel depth sensor for portraits is a good performer. The 16-megapixel selfie camera is a step down in numerical terms from the 32 megapixels one on the Redmi Note 9 Pro Max, but it delivers some very good selfies. We would recommend turning down the beauty mode, though, as it makes us a little too smooth and fair for comfort.

There are some very neat modes like Vlog, dual video mode, and long exposure as well as clone, to spice up the camera experience. And well, it all works very well indeed. Stills are potentially stunning, video is well above average, and although some might not be too impressed with the night mode and its attempts to aggressively light up the night (the absence of OIS can be telling), we can safely call this the best camera set-up in any phone below Rs 20,000 at the time of writing. 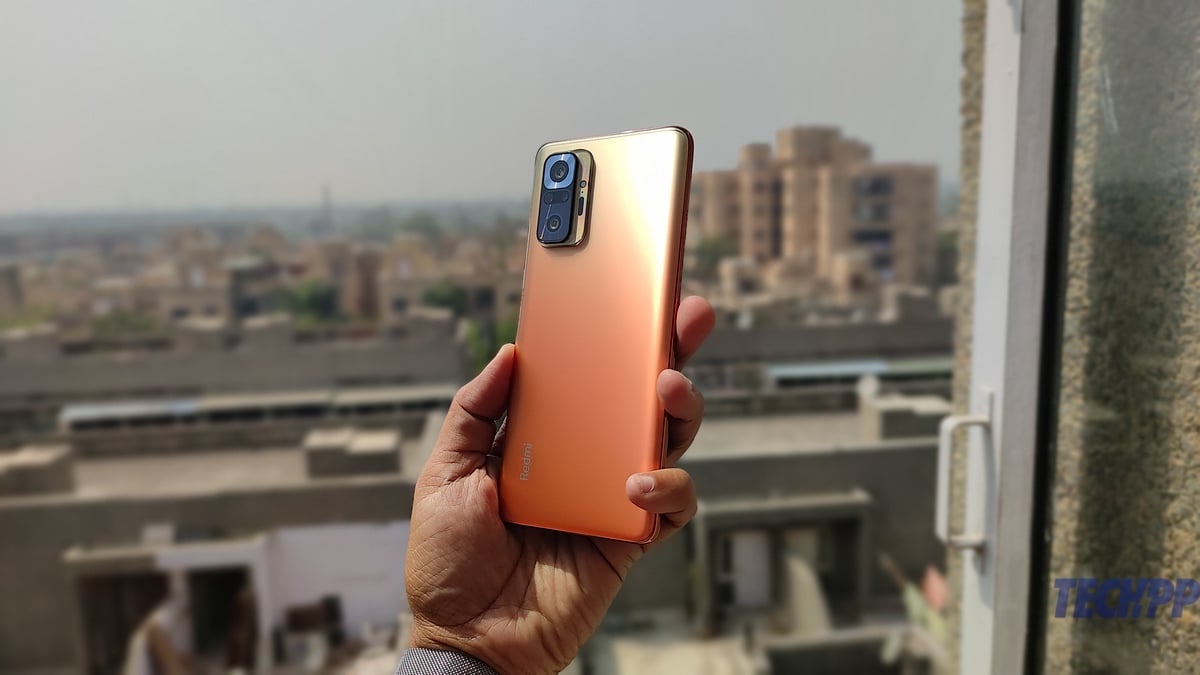 If the display and cameras add a new spin to the Note tradition, the rest of the device very much adheres to it. Some might turn their noses up at the Qualcomm Snapdragon 732G chip powering the phone, but we found it to be a steady performer right through. Yes, there was the odd lag in Call of Duty and Asphalt at maxed-out settings, but truth be told, this is a very decent gaming device for its price – that display really shines (literally at times). And thanks to the presence of stereo speakers, you get a much more immersive multimedia experience (there is an audio jack too!), whether you are gaming or just sinking into your favorite show. The volume is not the loudest we have heard, but the sound quality is impressive. 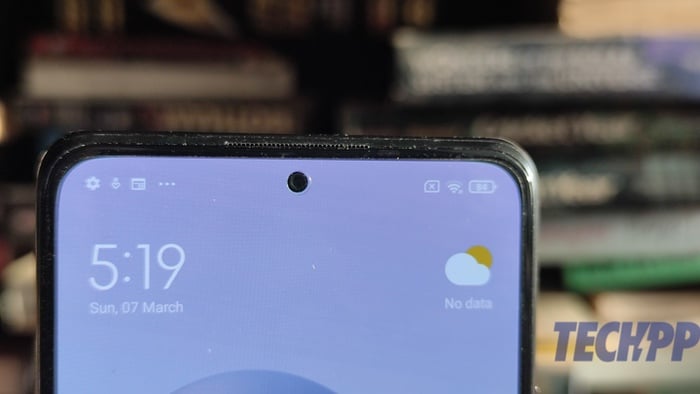 We had no problems working with multiple applications and open tabs either. There were a few stutters and lags at times, but they were rather random and we suspect that there is a cure lurking in the form of a software update in the coming days. Speaking of software, the phone runs on MIUI 12, on top of Android 11. Xiaomi has been cutting back heavily on ads and we did not find too many in our usage, and what’s more, the device is scheduled to get the MIUI 12.5, which is supposed to be one of the cleanest versions of Xiaomi’s UI in terms of apps and ads. Even here, our experience was a good one. Clean and minimalistic interfaces have their own place, but we have a soft spot also for UI that adds features that users will find handy – and MIUI has its fair share of them, from recorder apps to inbuilt spam call filter alerts. 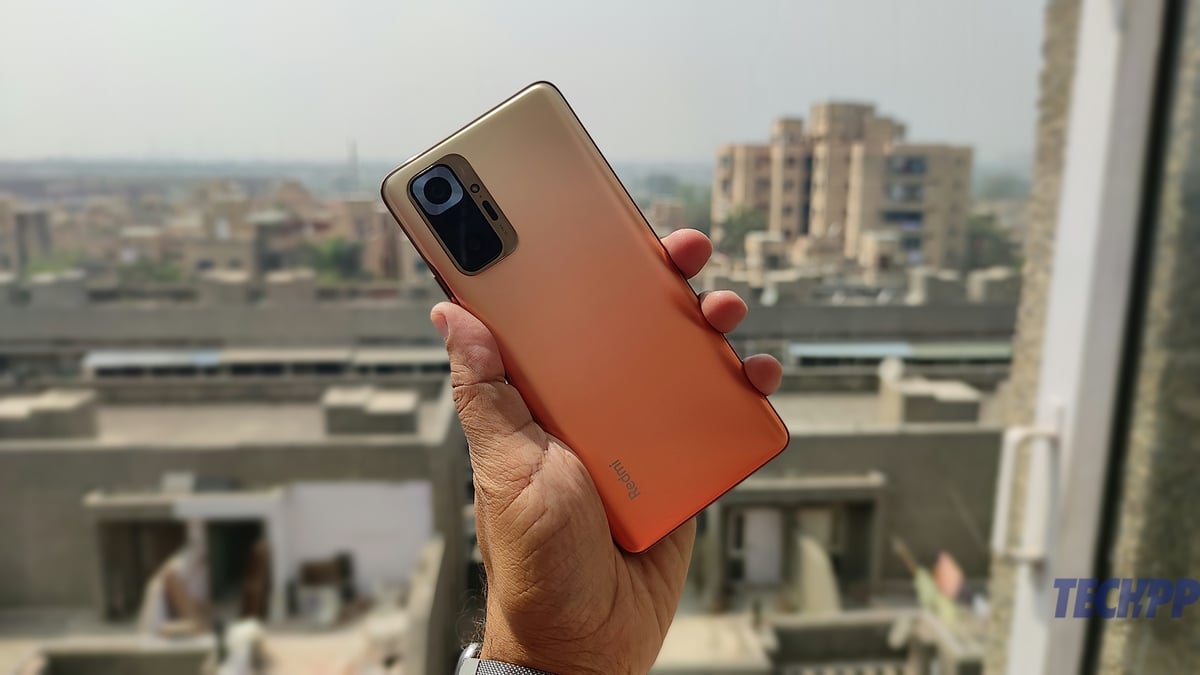 Battery life is an interesting blend, however. The large 5020 mAh battery (how Xiaomi kept the phone relatively slim is surprising) yields slightly more than a day of normal to heavy usage if you keep the refresh rate at 120 Hz, which seems a little on the lower side, by Note standards (but then Notes never had high refresh rate and this bright displays before). Bring it down to 60 Hz, however, and you will get through a day and a half and with a little care, even two days, which is more Note-worthy. The 33W charger in the box will charge the phone from zero to tops in slightly less than an hour and a half, which is impressive, given the battery size.

In connectivity terms, you get 4G, Bluetooth, Wi-Fi, GPS, and of course, infra-red which is becoming a specialty of sorts for Xiaomi and is super handy for controlling the likes of televisions and air conditioners at home. What you do NOT get is 5G, which some might consider to be a bit of a minus point, but considering the fact that 5G seems unlikely to come to India soon, and might even take until late 2022-23 to be really accessible to mainstream users, we do not think this is too much of a factor right now.

All of which adds up to a very compelling package – you have a great display, very good sound, a very good camera, good battery life, Android 11, and a decent processor, all packed into a surprisingly lightweight and slim frame. There is actually no real flaw in the Note 10 Pro Max, which is such a Note-able trait. Yes, some might hem and haw about a few camera inconsistencies and some might moan about the absence of 5G, which actually is a complaint that deserves to be made more to operators than to phone brands, but all said and done, at its starting price of Rs 18,999 for the 6 GB/ 64 GB variant, the Redmi Note 10 Pro Max is simply the best phone you can get at the time of writing for under Rs 20,000. Actually you can even get the 6 GB/ 128 GB for under Rs 20,000 – it is priced at Rs 19,999 (the 8 GB / 128 GB variant is priced at Rs 21,999). 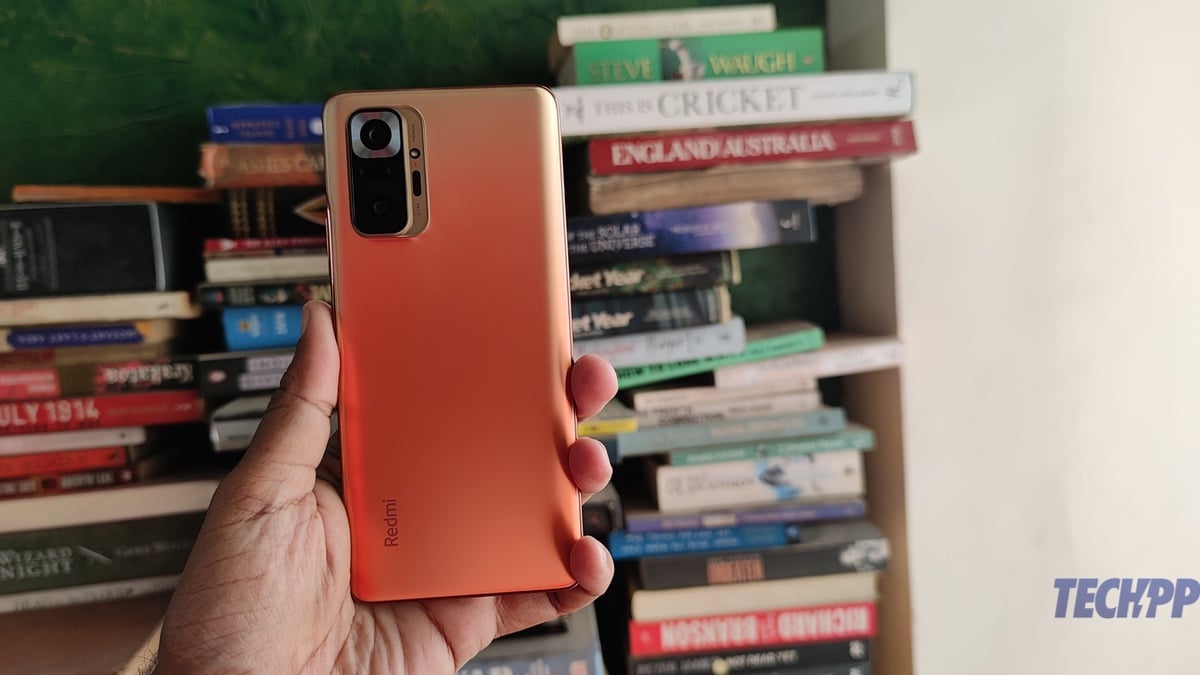 Yes, it does have its share of competitors. The Realme X7 brings a Dimensity 800U chip and 5G (sigh) to the fight at Rs 19,999 but loses out on display, sound and cameras, and while the Poco X3 has the same chip and a bigger battery, once again, it loses out on the display and cameras. Indeed, we think the Note 10 Pro Max’s closest competitor is perhaps its own sibling, the Mi 10i, which also sports a 108-megapixel camera and has a 120 Hz refresh display as well as stereo speakers, and a more powerful Qualcomm Snapdragon 750G chip (with – again – 5G!) although it has an LCD display and not an AMOLED one. But then, it starts at a higher price point – Rs 20,999 for a 6 GB/ 64 GB variant. Yes, we will be making comparisons, but there is no denying the stark fact:

If you are in the market for a smartphone and have a budget of less than Rs 20,000, go ahead and buy the Redmi Note 10 Pro Max.

THIS time we left this bit for the end.

Review Overview
Was this article helpful?
YesNo
TechPP is supported by our audience. We may earn affiliate commissions from buying links on this site.
Read Next
Skullcandy Mod Review: Betting on doing the basics well
#Redmi #Redmi Note 10 Pro Max #review #xiaomi