The internet has a Google problem. And it extends far beyond its prejudice with results.

Google is the de-facto search engine for the web and controls over 85% of the search engine market share, dominating others in the space by an enormous margin. However, despite its popularity, the search engine has had some serious concerns over the past few years, prompting its users to look for alternatives.

As a matter of fact, aside from the conspicuous problems like frequent algorithm changes, prejudice with search results, dwindling state of indexing, and an increase in inaccurate and dissatisfying results, Google has also been subject to criticism over its policy over privacy concerns of late, which has caused an uproar among many.

In reality, though, it’s not entirely surprising to see such concerns being raised around Google since its search engine has been widely reported to track every move of its users on the internet for years. And this is just a small part of a much bigger problem that’s been lingering for some time.

But if privacy is something that concerns you and you’re looking for alternatives to Google, there are several privacy-focused search engines out there to get started. These private browsers let you browse the web privately, and in some cases, anonymously.

Let’s take a look at some of the best private search engines that you can start using right away.

DuckDuckGo is one of the most popular alternatives to Google. It is the best privacy-focused search engine out there that not only ensures you stay private on the internet but also serves more accurate and relevant results for your queries than Google. Having said that, there’s a general notion out there that because DuckDuckGo (or any other private search engine) doesn’t track you, it has no idea about your preferences. And therefore, it isn’t as effective at serving you with relevant results. However, that’s not really true because relevancy and targeted results are different. And in our opinion, you are fine with not seeing targeted results, but you definitely need relevant results for your search requests. 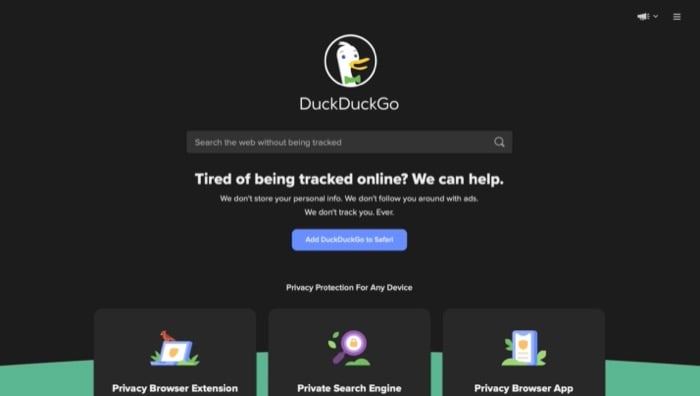 Talking about privacy, DuckDuckGo relies on the traditional method of displaying advertisements, which do not reflect your preferences in any way. Similarly, it also manages to eliminate “search leakage” to prevent websites from identifying you based on your personal information, like your IP address or other user identifiers. Additionally, DuckDuckGo operates a Tor exit enclave, which you can use to get encrypted search and end-to-end anonymity. If you are convinced, we have a guide for switching to Duckduckgo from Google. 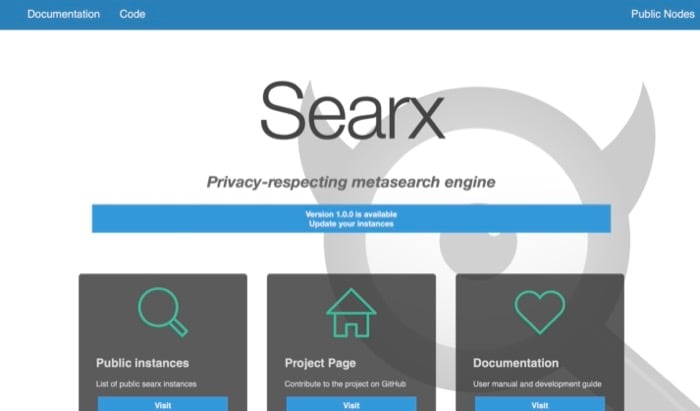 As for how SearX manages to maintain privacy, well, like any other metasearch engine, SearX also hides the searcher’s IP address from the search queries to prevent the search engine from knowing where the user is located and what their preferences are. SearX says it can fetch results from 82 different search engines across all categories, including popular search engines like Bing, Google, Reddit, Wikipedia, Yahoo, and Yandex. All your engine preferences are saved locally in a cookie on your browser instead of the search engine’s servers. A major advantage of SearX over other search engines is that, with SearX, you get access to multiple user-run SearX instances, some of which even run Tor services, so you can pick one based on the security and privacy settings in place.

MetaGer is yet another metasearch engine that focuses on serving search results while maintaining user privacy. All search queries you make on it can be relayed to around 50 search engines, the results of which are filtered and sorted before they are finally presented to you. Like SearX, MetaGer also features a TOR hidden service that you can use to search the web within the Tor network to strengthen security and improve anonymity. 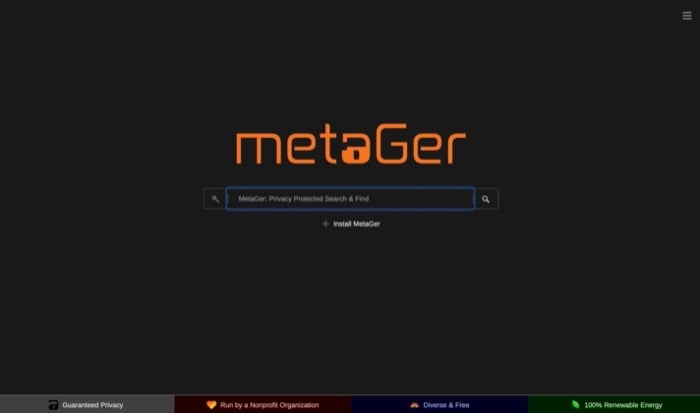 Besides usual web search results, MetaGer also serves Shopping option results, so you can search for items you want to buy without worrying about being tracked on the web afterward. Similarly, there’s also a dedicated section for news/politics results to maintain a distinction between the results. Furthermore, to improve the quality of results and block them off any preference bias (filter bubble), MetaGer ensures that it never returns results that are clicked more often. It says that, by doing so, searchers aren’t susceptible to results that align with their viewpoints or believes and instead get unbiased and reliable search results.

Qwant is an EU-based search engine with a solid stance on user privacy. It has been the default search engine for browsers such as Google Chrome and Firefox in the past. And as of today, it is still on the list of default search engines on Chrome for French users. What separates Qwant from most of the other search engines is that it has its own indexing engine, which puts it in complete control of crawling, indexing, and storing of information on the internet, and allows it to keep its search results relevant to the query without tracking user or trapping them in a filter bubble. 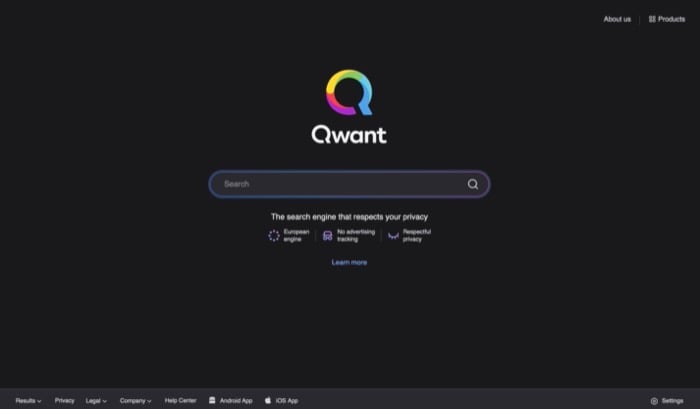 Talking about features, Qwant has undergone several changes over the past few years. Of these changes, a few of the notable ones include the rollout of Qwant Lite: a lighter and faster version of Qwant aimed at being user-friendly and capable of running on older browsers, Qwant Junior: a portal for children with filtered results, and Qwant Maps: an open-source maps service built using the OpenStreetMap database to deliver privacy-respecting maps and routes. As for privacy, by virtue of being based in Europe, with Qwant, users get protections under GDPR (General Data Protection Regulation), which puts them in control over their personal data. Besides, the platform also has certain precautions in place to limit third parties from gaining insight into user search queries.

Swisscows is another popular web search engine and a privacy-focused alternative to Google. It deems itself as “family-friendly”, for which it claims to omit explicit sources from its results. The search engine primarily relies on Bing for web searches, SoundCloud for music searches, and Yandex for language translation. Besides, Swisscows also has its own index for the German-language edition of its search engine. 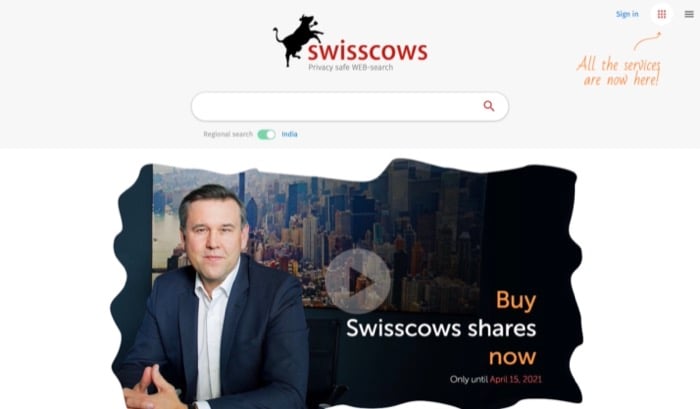 As for privacy, Swisscows promises that it never stores any data of its users so that they can browse the internet anonymously. Adding to that, the company also mentions that it uses its own servers for the service instead of relying on the cloud to minimize risk. All of Swisscows servers reside at its data center in the Swiss Alps, which is outside of the EU and US, and thus, this gives the company the ability to maintain a firm hold on protecting user privacy.

Startpage (formerly lxquick) started as a metasearch engine in 1998 and offered searches from 14 different search engines. Later, it merged with Startpage, which was a web directory at that time, and evolved into the Startpage it is today. In line with most other privacy-oriented search engines, Startpage also has a strong stance on user privacy, allowing its users to be more in control of their personal information. 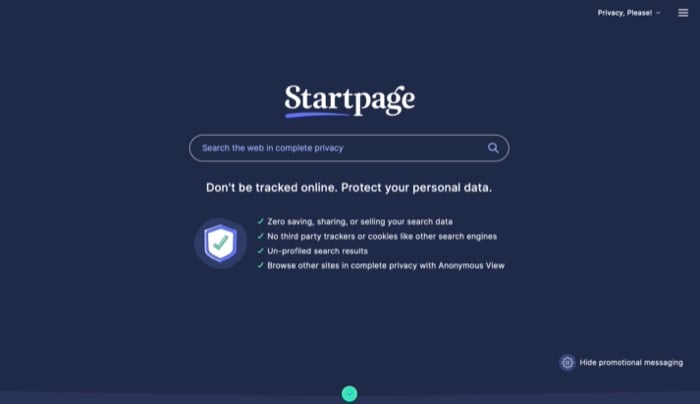 What you essentially get with Startpage is results from the Google search engine but in a completely anonymous manner such that neither Startpage, no Google, or your ISP (Internet Service Provider) know what you’re searching for on the internet. It does this by changing your IP address to the search engine’s default system IP rather than masking some of its bits so that you never leave any trace behind while browsing the web. Taking privacy a notch higher, Startpage also offers Anonymous View, which, just like it sounds, allows you to visit a website while maintaining anonymity. Besides, Startpage has an email client — StartMail — as well, that promises to help you send private and secure emails to everyone.

Even though Google still leads the search engine space, thanks to its incredible AI prowess and set of useful features, it’s not the best when it comes to respecting user privacy. In this regard, private search engines, on the contrary, have a limited set of features and functionalities, but they do stick to their core objective — to serve search results while keeping user data private — diligently. Not just that, a few of these search engines are known to offer more relevant and accurate results against user queries than Google, which is yet another reason to use them.

Was this article helpful?
YesNo
TechPP is supported by our audience. We may earn affiliate commissions from buying links on this site.
Read Next
20+ Best Google Doodle Games You Should Play [in 2023]
#Alternatives #google #Privacy #search engine