The first Apple Event for 2021, titled ‘Spring Loaded,’ is up and running, and one of the most anticipated products to be launched was first in line for the event, AirTag. We have been hearing rumors about AirTag ever since Apple’s October event last year when they launched the iPhone 12 series, but after a long wait, it is finally out today along with other new product announcements like the new Apple TV 4K and iPad Pro with a mini-LED display. Let’s take a look at the AirTag in detail and see what they are all about and what features they bring. 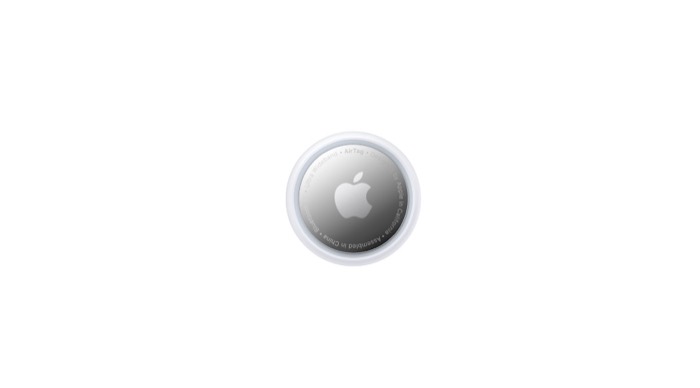 AirTags, just like the name would suggest, are tags that you attach to your existing devices or just about anything that’s valuable to you, like your keys, wallets, backpacks, etc., that help you track those accessories or devices in case you end up losing them. The way this works is that you link an AirTag to your iPhone, and using the built-in Find My app, you can track the AirTag in real-time. The app will give you precise directions to reach the AirTag so that you can locate your lost product.

AirTags use the U1 chip present on the new iPhones to provide precise navigational directions to track your lost products, and that is aided by an array of sensors inside the AirTag, including an accelerometer, a gyroscope, and Bluetooth Low Energy, more commonly known as BLE that can ping your device constantly while consuming as less power as possible. Just like you would experience while using turn-by-turn navigation on Maps, the Find My app will actually point in the direction of your AirTag and also display the distance to it to make it easier for you to find your lost accessory or device. 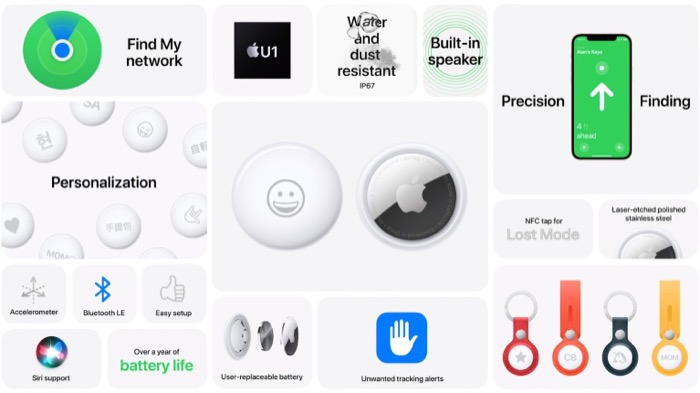 AirTags are meant to be used with your existing valuables, which means they can attach to anything, including your wallet, keys, backpack, or anything that you feel is valuable to you and you risk losing. To do this, you can get keyrings or additional holders that can be used to attach the AirTags to any accessory that you want. You can even get personalized AirTags with emojis or some sort of text on it to suit your liking. AirTags are also compatible with Siri and have NFC as well as an in-built speaker, which can be used to play beeping sounds in order to alert a user and point toward its location. 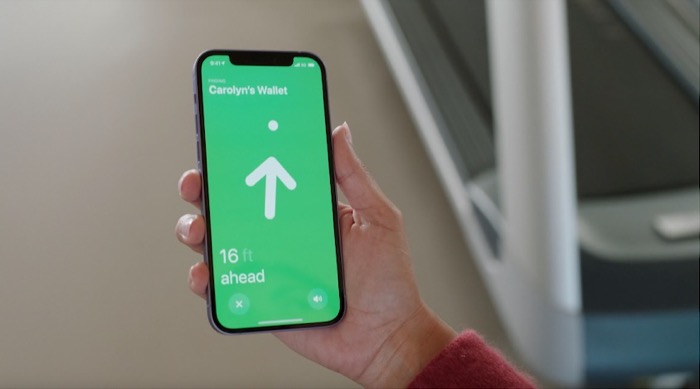 In terms of safety, Apple has added features like unwanted tag alerts, so if someone leaves their tag in your belongings to track your location, the person within the range of the AirTag will get an alert notifying them of it. This will also be accompanied by sound alerts so that the person is aware of an unwanted AirTag in their belongings. AirTags are dust and water-resistant and have a battery life of over a year, as claimed by Apple. The battery inside of an AirTag is user-replaceable too. 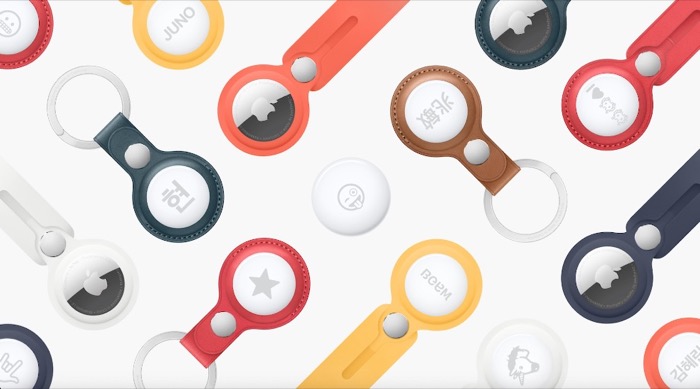 AirTags will be up for pre-order starting Friday and will start shipping on Friday, April 30th starting at $29 (INR 3190) for a single AirTag, going all the way up to $99 (INR 10900) for a pack of four, which makes a lot more sense given that you may want to use AirTags to track multiple valuables. Apple will also be selling accessories for the AirTag, like limited-edition leather enclosures.

Update: The Best AirTag Alternatives for Android and iPhone

Was this article helpful?
YesNo
TechPP is supported by our audience. We may earn affiliate commissions from buying links on this site.
Read Next
Alert! You’re Hiding Sensitive Information From Your Images on iPhone W...
#AirTag #AirTags #apple #Tracking Device