It was a tale of two launches.
Both literally and figuratively.

Xiaomi launched two products in the Indian market today. And they were not just different in terms of product category – one was a smart wearable, and the other was a smartphone – but in terms of core product philosophy. One was right out of the Classic Mi Strategy in India, whereas the other was a totally new page in the strategy manual. 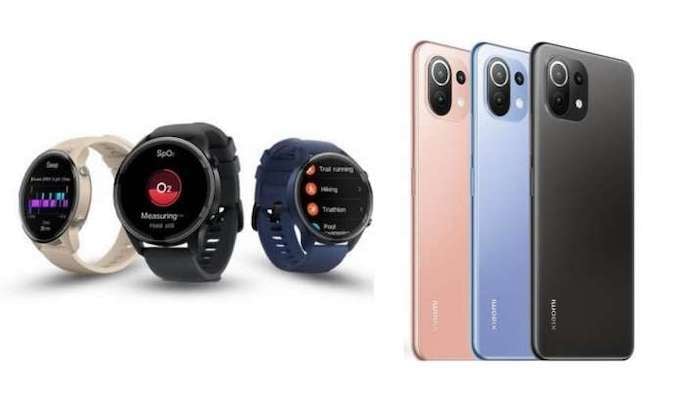 The Revolve Active is classic Xiaomi – a lot of features at a price (Rs 9,999 in this case) that cannot be matched by most of the competition. So it fits right into the Xiaomi template of “put up a spreadsheet of specs with competing devices and top it with a lower price than them“.

The Mi 11 Lite, now, is a very different creature.

Turning on the style, turning off the specs (kinda sorta)

The Mi 11 Lite is, in fact, the first device from Xiaomi which barely competes on specs. Of course, it is not as if we have not seen Xiaomi turn on the style before – the Mi Mix was a prime example – but even then, a strong spec sheet was part of the package (it went toe to toe against OnePlus!).

The Mi 11 Lite is fighting on something other than specs- slim (6.8 mm) and light (157 grams). In fact, it claims to be the lightest and slimmest phone in the world this year. And right through the presentation, the use of special materials for the display (flat flexible OLED) and the frame (a special magnesium alloy) was stressed. The attempt was to convince users that this was a stylish device with an amazing design. Yes, it was decently specced, but its asset was not the spec sheet but how it looked and felt. 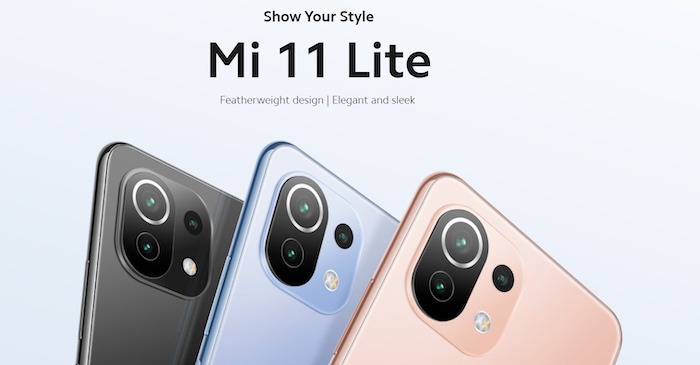 Now, the Mi 11 Lite has a decent-ish spec sheet. Still, notwithstanding the talk of its special 10-bit AMOLED display and cameras, the fact is that on paper, it would seem to many to lag behind even the much lower-priced Redmi Note 10 Pro series, which boasts the same processor (Snapdragon 732G), a larger battery (5000 mAh) and also comes with mainstream features like a 3.5 mm audio jack and expandable memory. And that is significant when you consider that the Mi 11 Lite starts at Rs 21,999, while the Redmi Note 10 Pro starts at Rs 15,999! That’s a difference of Rs 6,000 – massive at this price point. Some would even claim that the Mi 10i, which starts at Rs 20,999, is better specced, having a better processor, battery, and 5G as well.

“Forget the specs, check the style” – yes, this is Mi saying this

Now, selling a device on style quotient alone is a card that many brands have played in the past. But the difference is that Xiaomi has not only almost never played that card, but also that it at some level is the antithesis of the “style” brigade. Yes, Xiaomi phones have looked good, but what has really rocked the mobile world has been their specs and the price tags accompanying them. Xiaomi has thus far been the substance God and the style antiChrist.

The Mi 11 Lite turns this on its head.

This is Xiaomi saying, “forget the specs, check the style.” And I feel that is going to be the biggest challenge facing the brand. For while the brand has made stylish products in the past – the Mi Notebook Horizon Edition, the incredibly slim Mi Televisions, and of course, the brilliant Mi Mix and the eccentric Mi 11 Ultra – the style has always been the veneer on a very solid spec sheet, and a competitive price. On paper, the Mi 11 Lite has neither a compelling spec sheet nor a price. What it does have, however, is a truckload of style. And this style, it seems, has come with a few hardware compromises: a slightly older processor, a 90 Hz refresh rate (when lower-priced devices have 120 Hz), a smaller battery, and features like a 3.5 mm audio jack and expandable memory that are still factors at this price point. 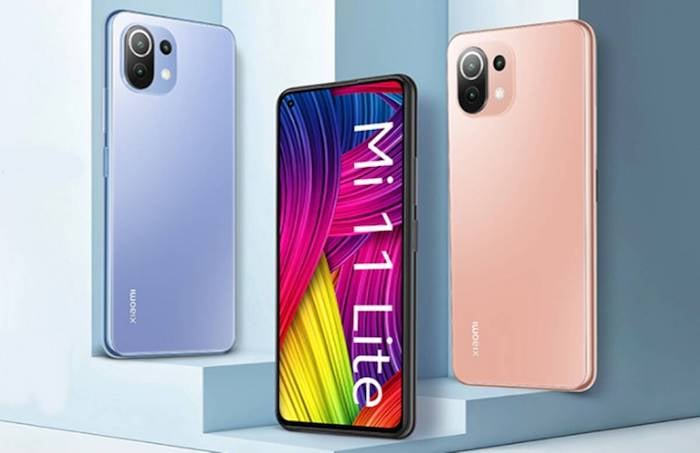 Indeed, Xiaomi’s challenge is going to be to convince users that the same brand that highlighted and showcased specs is now capable of showcasing style as well. And style and design that are worth paying a premium, and even foregoing a few spec benefits for.

Striking a new Note…without launching one!

A task like this is significantly easier for the likes of Samsung, Oppo, and Vivo, who have released style-heavy devices in the past. But for Xiaomi, this is new ground in India. And it is actually very tricky territory – other “solid value for money” players like Micromax, Realme, and even OnePlus have not really had too much success with trying to push style ahead of specs. It was not as if their products were bad – it was just that the brands were identified very strongly with a totally different (and contrary) proposition.

Of course, Xiaomi would be aware of this perception challenge that it faces. And to be fair, it has been slowly acquiring subtly premium shades over the past year or so, showcasing superior design and materials. But the Mi 11 Lite is the first time where it has focused totally on style rather than substance. The first time it has moved from saving cash to being flash.

The spec counting pundits might be frowning, but the Mi 11 Lite could potentially mark the beginning of a new era for Xiaomi, attracting a new set of consumers. But, of course, it is all going to boil down to how the brand handles and positions the device. And that is going to be fascinating.

More than a month after launching a new Note, Xiaomi has literally struck a new one.

Was this article helpful?
YesNo
TechPP is supported by our audience. We may earn affiliate commissions from buying links on this site.
Read Next
With Football Manager 2023 Touch, Apple Arcade finally has its “killer ...
#Mi 11 Lite #Mi Watch revolve Active #Opinion #xiaomi