Amazon introduced the new Echo Show 10 in September last year and has now brought the device to India. We have been using the Echo Show 10 over the past week and pretty convinced that it can be a great kitchen gadget. We’ll explain that in a while but first, let’s take a look at what Echo Show 10 brings to the table (pun intended). 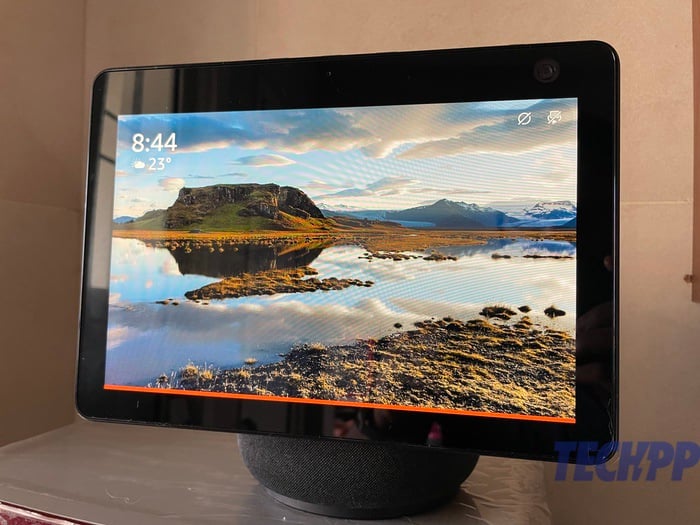 Unlike the original Echo Show 10 which was all screen, Amazon has reimagined the new version to be an amalgamation of display and powerful speakers. Thus is literally like them slapping a 10.1-inch HD display on the Amazon Echo speaker and making it move with you.

While some people missed a high-quality screen when interacting with Echo speakers, others missed a good quality speaker when using Echo Show displays. With the new Echo Show 10, you can enjoy both music and videos. There is a 13-megapixel front-facing camera, dual front-firing tweeters, and a powerful woofer providing premium directional sound that adapts to your space.

How Echo Show 10 can be a perfect kitchen gadget?

While there are more technical mumbo jumbos to discover, let’s jump in right to the point as to why we believe Echo Show 10 deserves a place on your kitchen cabinet. Kitchens are probably the most ignored parts of the homes when it comes to tech and entertainment despite us spending enough of our time in there. A lot of people have started integrating their kitchens into their living rooms and rightly so. But kitchens still lack a proper gadget to keep you entertained while you cook.

Echo Show 10 can be that gadget.

Using the 13-megapixel HD camera and directional microphones, the 10.1-inch display on the Echo Show 10 can rotate nearly 360-degree to follow you as you move around the kitchen. The adaptive HD display stays in view as you interact with Alexa, no matter where you are in the kitchen. 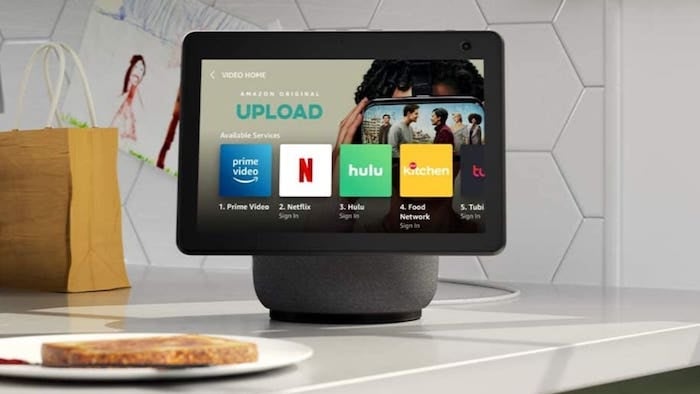 “As the display rotates, so does its dual, front-firing tweeters and powerful woofer, providing premium, directional sound that automatically adapts to your space,” says Amazon, and rightly so. It’s quite a liberating experience to listen to all your favorite songs, be it from Amazon Prime Music or Apple Music or Spotify or the Indian music streaming platforms like JioSaavn or Gaana.

You can get your morning news briefs on the 10-inch display or even catch up on your favorite shows from Prime Video or Netflix while you wait for the oven to preheat. The brushless motor on the Echo Show 10 is very silent, meaning you won’t hear a thing as it rotates and follows you.

While there is no native YouTube app (which is a bummer), you can still cook dinner watching the latest recipe videos through the YouTube shortcut link using the Amazon link browser. Thanks to Alexa, you will have a truly hands-free experience. 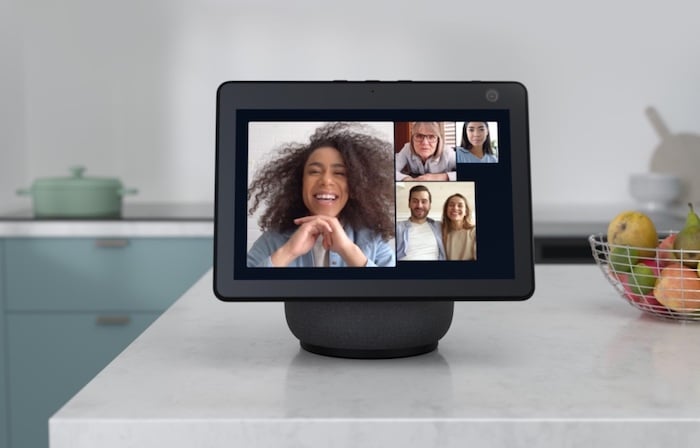 While it’s ideal to place the Echo Show 10 somewhere in the middle of the kitchen, you can set the maximum rotation on each side. The movement can also be controlled by voice. The auto rotation is particularly helpful when following recipes and also during video calls.

Having said that, not everything is hunky-dory with the Echo Show 10. As we mentioned earlier, it lacks the native YouTube app. Some people might be concerned about the privacy and security associated with such a device and rightly so. Amazon has provided a dedicated hardware key to disable both the camera and the microphone but that might not be enough for privacy freaks. We shall take a deeper look at the Echo Show 10 in our upcoming review.

Was this article helpful?
YesNo
TechPP is supported by our audience. We may earn affiliate commissions from buying links on this site.
Read Next
With Football Manager 2023 Touch, Apple Arcade finally has its “killer ...
#Amazon #echo show 10 #Kitchen gadgets #Opinion