The world is familiar with all that the cameras on an iPhone are capable of doing. It has been reiterated to the point of silly that the iPhones’ cameras are excellent. They are a feature that people rave about every time a new iPhone is launched. It’s almost as if just the mere existence of a camera on an iPhone makes it great. But let’s face it, the glory has gone to the cameras and the cameras alone. And with good reason – the cameras on the iPhone have been so good that most of us were comfortable with pointing at a subject and shooting and then adoring our photography skills. 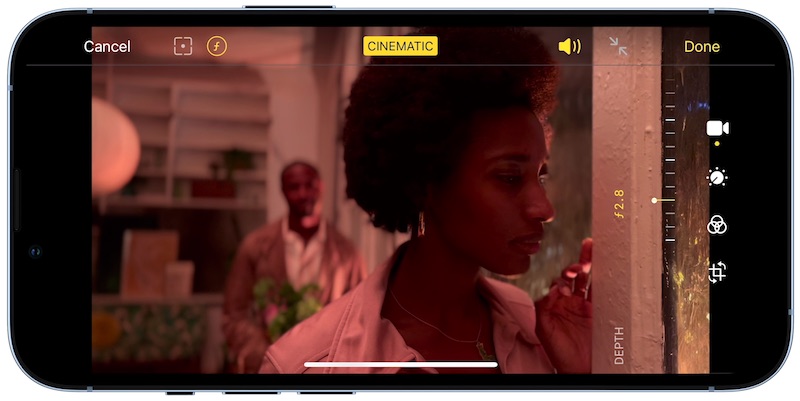 But with the world literally becoming a creator’s oyster, Apple has decided to up its camera game in recent years. And with the iPhone 13 series, Apple seems to have decided along with the usual camera improvements like sensor size and quality; the new iPhones should bring something to the table that will take them from a simple ‘point and shoot’ to a ‘pro in pocket.’ That something is the UI around photography – the camera and the gallery. A number of these changes have been around for ages, but with the iPhone 13, they really become very noticeable.

No longer about being just insanely simple

We have been expressing our fondness towards the uncomplicated nature of an iPhone’s camera UI for the longest time. However, up until now, it has primarily focused on the basics. Yes, we have seen additional features like Live Photos, Portrait Mode, Portrait Lighting, Night Mode making their sly-way into the camera app. Since last year, we have started seeing some significant additions to the camera app itself, making it a powerful interface. And the brand has taken a few steps further in the same direction this year.

With the iPhone 13 series, it is safe to say that the iPhone’s camera app is no longer simply simple. And while it is something that we think many might miss (including us at times), we think this is a step in the pro direction. With the iPhone 13 series, Apple has decided to make the new iPhones’ camera a complete, well-rounded product that not only allows you to take your basic point and shoot kind of photographs but also opens up a plethora of options without having to download a third-party app – something that was pretty much necessary in the past.

The much-talked-about Cinematic Mode is just one of the many features that take the camera interface from basic to pro stage. Many have reduced the Cinematic mode to a video version of Portrait mode on the iPhone, and while it can be used as that simple definition, it does not quite do justice to all that the mode is capable of. The ability to shift focus from one subject to another based on what subject is in the frame and by tracking faces is definitely a major jump in the smartphone photography game. 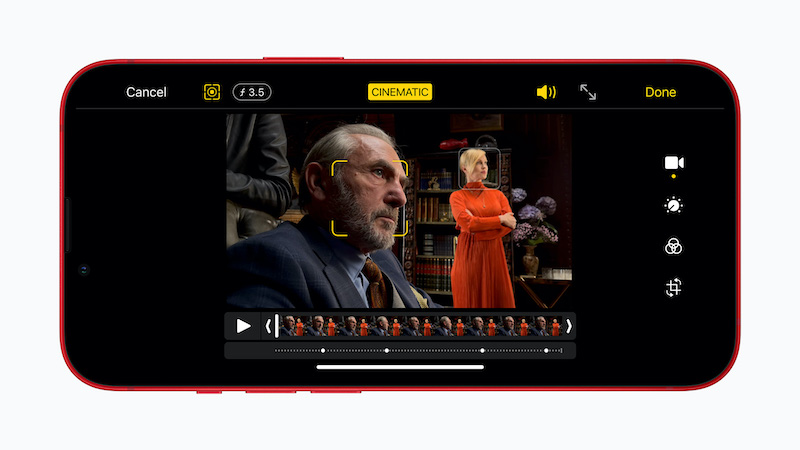 With the new iPhones, Apple also realized that not everyone might be a fan of the “true colour” reproduction bit of the iPhone, and for that reason, Apple has added a feature called Styles to the camera interface. Styles allow you to change the basic color tone of your photographs without messing up with the skin tone of the subject in the image, unlike filters that change the complete color dynamic of a photograph. This allows users to personalize their photographs without having to download another app.

That gallery app is not just for viewing

There have been some powerful additions in the Gallery app as well. The editing features in the Gallery app have been evolving significantly in recent times. Now we can safely say that they have developed to the extent that they offer pro-level advancements. If that sounds a little over the top, just consider that you can edit video and even do things like changing focus from one subject to another in a cinematic video while editing, right from the gallery app itself. This is a feature many high-end editing software(s) provide. It is now coming on the iPhone’s default gallery app. 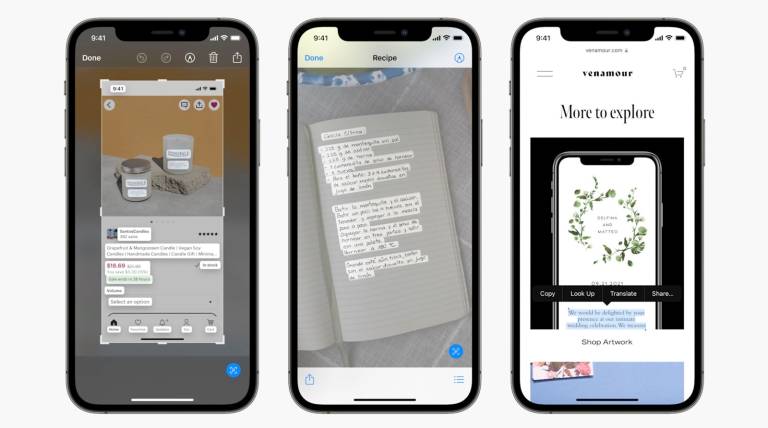 As this is Apple, simplicity is basically woven into the brand’s veins even when it is going down a route as complicated as video editing. Many might just get intimidated by the thought of editing videos (hey, it was something that was supposed to be done on high-end computers), but that is exactly where Apple has hit the simplicity nail right on the head. It has cropped the learning curve (which could have been significant) in video editing by keeping video editing options similar to photo editing options – similar filters, similar cropping, similar changes of orientation – something most users are already quite familiar and comfortable with.

So editing videos is just like editing pictures, only pictures that are moving, and hey, those are what are videos are called, right? Moving pictures. And of course, thanks to Apple’s great software and hardware integration, video editing is literally very snappy on the iPhone, with hardly any significant lags.

Another Gallery app option, Memories, also has added features that aim to make it more personal and customizable. Not only can you edit the visuals by adding filters and selecting pictures and videos that go into that video, but you can also add music from your music app now instead of getting stuck with the same old tunes that Apple used to provide earlier. Oh, and once again, all without having to download any third-party app!

Not just insanely simple, but insanely powerful too 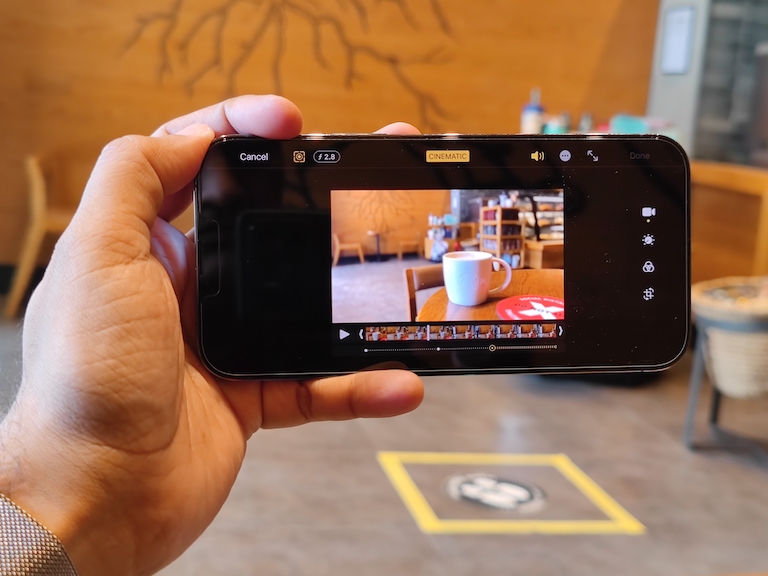 By packing its default photography apps with such features, Apple is pretty much making sure that you do not have to look beyond an iPhone while creating content, no matter if it is amateur or professional level. And this is very much in keeping with the brand’s penchant for adding features that were provided by third-party apps to its own basic UI.

For example, a decade ago, you would have had to download an app to add filters to add effects to your images, another app for detailed image editing, yet another for video editing, perhaps a fourth for adding captions, and who knows, maybe yet another to just add the right music. Today, you just shoot the video or image and make all the changes in the gallery app.

This basically means third-party photography apps might have to pull up their socks big time and bring something more than filters and editing options to the table. Apple has baked a lot of hardcore editing features right into the skin of iPhones’ camera and Gallery apps. Reducing the users’ need to go beyond them.

With the iPhone 13 series, Apple’s photography UI just went pro with a vengeance. And it is as much about the cameras as about the interface.

Was this article helpful?
YesNo
TechPP is supported by our audience. We may earn affiliate commissions from buying links on this site.
Read Next
NothingOS Made Me Realise How Much Overrated Pixel UI Is
#apple #camera #iphone #iPhone 13 #Opinion #Photography