Xiaomi introduced the Mi QLED TV 4K back in December last year. It marked Xiaomi’s entry into the premium TV segment in India. Since the launch of its super-slim 55-inch Mi TV 4 in 2018, Xiaomi has enjoyed a solid bull run in the Indian smart TV market. With 4K and HDR for less than 50,000 rupees, the TV shook the budget TV market to its foundations. 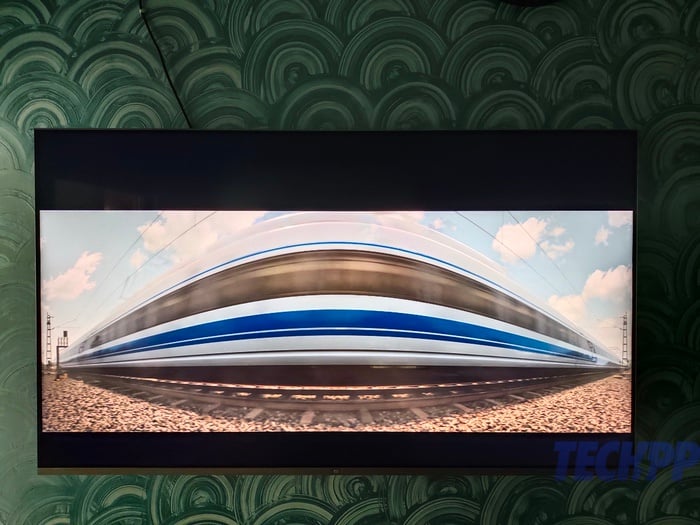 In a way, the introduction of QLED was a natural progression for Xiaomi, which has tried to increase the value chain even in the smartphone segment. But the premium TV segment was completely dominated by Korean and Japanese brands in India, so we wondered at the time whether Xiaomi had enough to swim in previously uncharted waters for the brand.

We have been using the Mi QLED TV 4K 55-inch (L55M6) for over ten months now and thought it was time to share our long-term experiences.

The Xiaomi Mi QLED TV is a 4K smart TV with HDR 10+ and Dolby Vision support. It offers an ultra-modern look thanks to its sleek design and features a MediaTek 64-bit quad-core A55 processor that supports many HDR formats such as HDR10+, HLG, and of course Dolby Vision.

It is an excellent choice for those looking for a top-of-the-line TV with all the bells and whistles without breaking the bank. It has a screen resolution of 4K 3840×2160 pixels (Ultra-HD), HDR capabilities up to 12-bit Dolby Vision format, six speakers that support both full-range drivers and two tweeters. 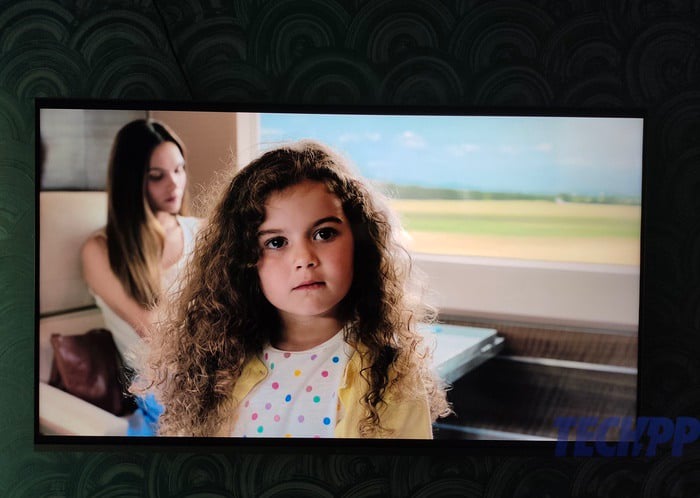 With Xiaomi, you always expect a ton of hardware features at a fraction of the price. The Mi QLED TV is no different, with Dolby Vision, HDR 10+, HDR 10, HLG, NTSC 100% color gamut, 95% DCI-P3, Reality Flow Engine with MEMC chip, and Vivid Picture Engine for superior brightness, color, and contrast.

Back when I received the review unit, I was testing the HiSense 55A71F 4K HDR LED TV. So, the quality leap with QLED was immediately visible. This is especially apparent if you have a light source close to the TV. QLED (along with higher peak brightness) helps a lot. And the good thing is that the appreciation for picture quality is still intact after 10 months of use. All those lofty terms translate well when it comes to the actual picture quality of the Mi QLED TV 4K.

The unique thing about this TV is that in addition to the standard picture modes and settings such as brightness, contrast, hue, color temperature, gamma, etc., it also allows you to select the DCI-P3, BT 2020, or BT709 color space, which is very convenient. 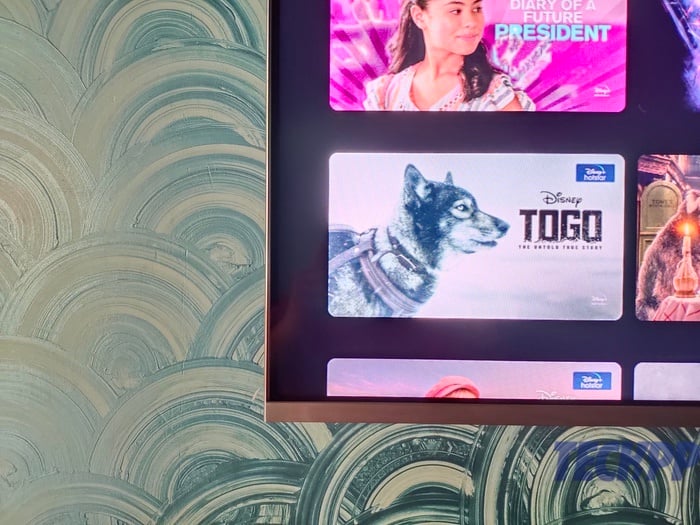 Xiaomi’s experience with budget televisions comes into play when you are not watching 4K HDR content. The Mi QLED TV performs quite well when playing SDR content like normal DTH channels and YouTube videos. But yeah, upscaling works better on 1080p videos than 720p, and Xiaomi can do better over here.

Also, the lack of local dimming results in somewhat flatter black levels compared to other QLED TVs like the OnePlus Q1 Pro, which I used in parallel during most of this ten-month review period. Despite a dedicated MEMC chip, motion blur was still an issue that resulted in shaky and choppy videos when playing back high-resolution content in scenes with fast-moving elements. 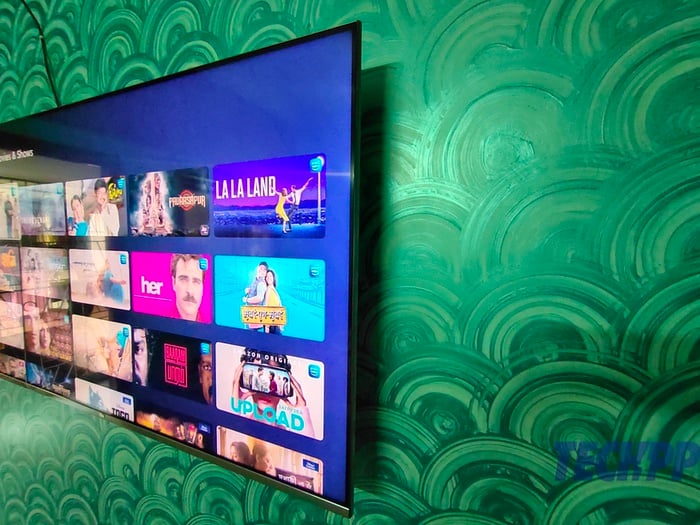 On paper, Xiaomi boasts a sound power of 30W, which is distributed over 6 drivers – 4 mid-range drivers and 2 tweeters. It also offers support for Dolby Audio and DTS-HD. You will not get room-filling bass with this TV, but you will get clear reproduction with voice clarity. For regular TV shows and documentaries, you should be fine with the TV speakers.

As with the display, Xiaomi is also generous with the sound settings. The Mi QLED TV 4K has pre-set audio modes like standard, movie, news, and game. You can also adjust the audio output to your preferences by selecting the custom audio mode and reducing the gain of equalizer in the audio settings.

This is the most exciting part of the review for me personally. Xiaomi has often tried to add value and differentiate by not just throwing the kitchen sink at the hardware but also fine-tuning the software. Xiaomi’s Patchwall is easily one of the best TV interfaces I have used and it’s continuously getting better. 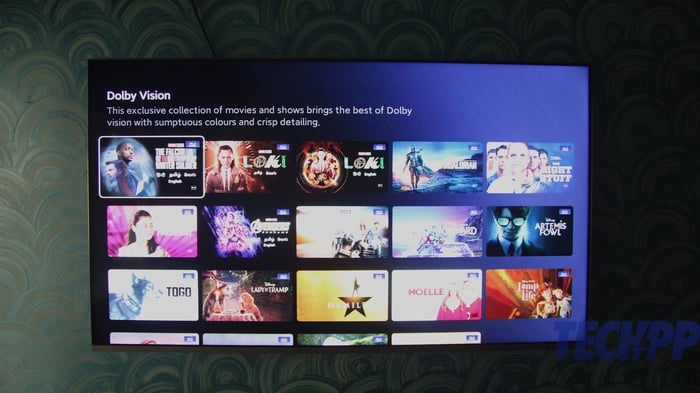 Mi QLED TV 4K is now running Patchwall 4.0.5 alongside Android TV 10. Confession time: I’ve never been a fan of Android TV. It’s unintuitive and boring. The new Google TV UI seems better but is still exclusive to Google Chromecast and a couple of third-party partners. Android TV 11 has started to make its way to newer models, but I’m not sure if and when it’ll appear on the Mi QLED TV 55. The good thing is that Patchwall 4.0.5 has more features and Xiaomi is updating its older TVs much longer than most OEMs.

With Patchwall 4.0.5, we get universal search, special kids mode, smart recommendations, and live channels. Xiaomi has further improved content curation and discovery with deeper integrations to popular OTT platforms. What many people don’t mention enough is how Patchwall facilitates easy access to sources like cable TV or DTH with enhanced discovery. This is really useful in the Indian scenario with multiple language options. Mind you, smart TV isn’t (and shouldn’t be) all about OTT services.

Another thing Xiaomi has to thank for is the generous number of ports on TVs. Hardly anyone used to bother offering more than 2 (or at most 3) HDMI ports. The Mi QLED TV 4K has 3 HDMI ports, 2 USB ports, and the 3.5mm port on the right side, while the AV, antenna, LAN, and optical port face down. All 3 HDMI 2.1 ports support ALLM, with one of them supporting Enhanced Audio Return Channel (eARC). 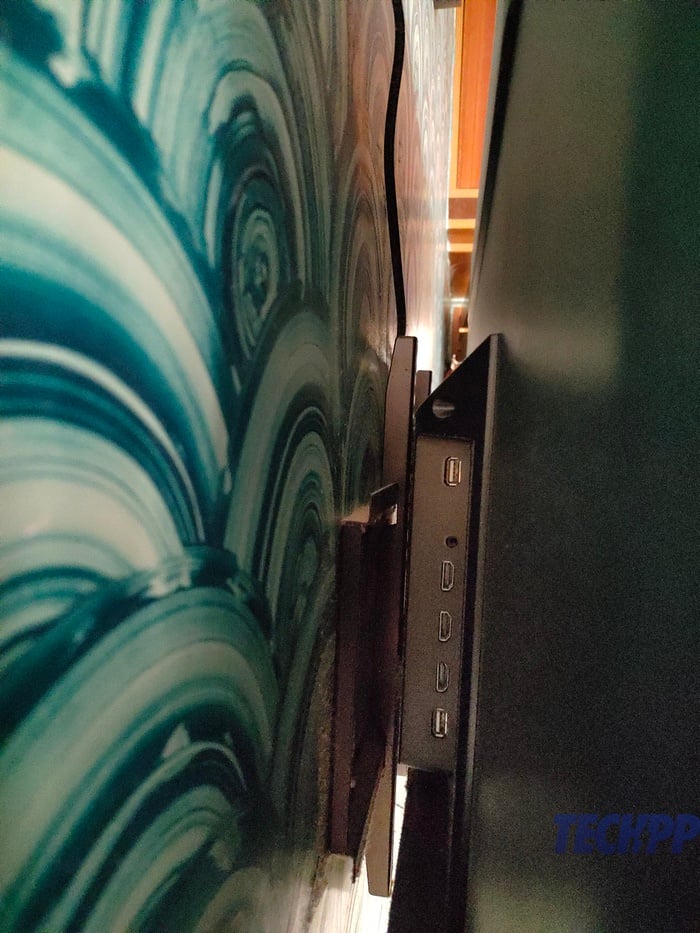 For wireless connectivity, the Mi QLED TV 4K 55 supports Wi-Fi 802.11 a/b/g/n/ac (2×2 MIMO) Wi-Fi over two bands. In our experience, 4K streaming was lag-free on a fast broadband network. The TV also has Bluetooth 5.0 for lower latency on audio devices, remote control, and other controllers, as well as longer range.

The remote is as you’d expect from a Xiaomi TV – minimalist and simple. Special buttons include hotkeys for Amazon Prime Video and Netflix, a Mi button for quickly launching PatchWall, and a Google Assistant button. Unfortunately, Xiaomi still doesn’t think it’s important to have a mute button on its TV remote. Pressing the volume button twice does mute the TV, but the process isn’t intuitive and doesn’t always work. I also wish Xiaomi takes the initiative to provide 1 or 2 configurable buttons on the remote. It might not make business sense but if there’s anyone who can do it, it’s got to be Xiaomi. 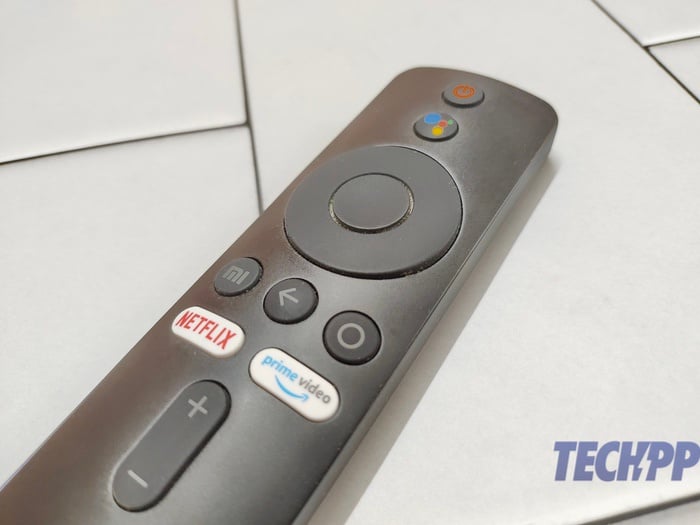 The good thing is that you can now access the quick settings by long pressing the Mi button, regardless of which input source or app is active, and adjust the picture and sound here, among other things. Another recent improvement is the wake-up time from standby, which has been drastically improved on the Mi QLED TV 4K. It’s now less than 5 seconds. A full reboot still takes almost a minute, but that’s more of an Android TV problem.

Interestingly, Xiaomi doesn’t include AA batteries needed to power the remote. You also don’t get a wall mount, but you can request the installation guy if you want to wall-mount the Mi QLED TV 4K. If you prefer to mount the TV on the table, you don’t need to worry because the mount is already included. However, I wish the TV stands weren’t so far apart (~2 feet). 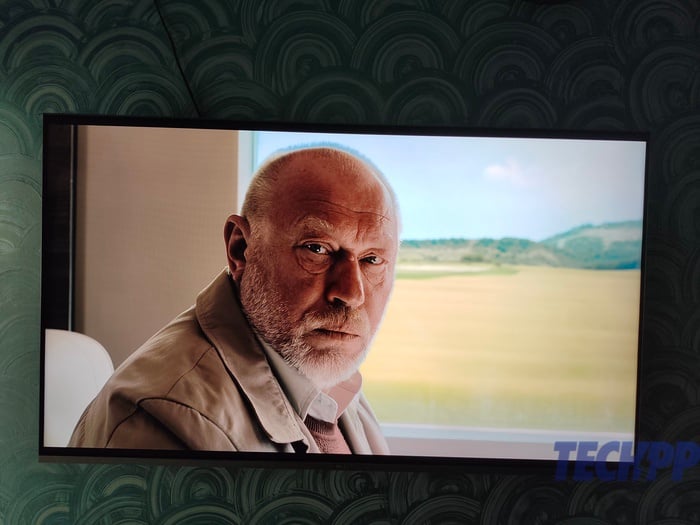 Having used the Mi QLED TV 4K 55 for close to 10 months, I have no qualms in recommending this television (or its bigger 75-inch sibling) for anyone who wants to upgrade to a QLED TV without breaking the bank. The VA panel is very good for all types of content (Dolby Vision or otherwise). HDMI 2.1 with ALLM and eARC makes it future-proof (although I wish the display was 120Hz). The design isn’t an eyesore like most budget televisions.

Competition TVs priced higher offer better HDR performance, and black levels but they still miss out on one important thing – PatchWall. For a starting price of Rs 58,999, you just can’t go wrong by picking the Mi QLED TV 4K.

Review Overview
Was this article helpful?
YesNo
Photo Credits: Ashish Mohta
TechPP is supported by our audience. We may earn affiliate commissions from buying links on this site.
Read Next
iQOO 11 5G Review: Does It End Your Quest for the Ultimate Smartphone?
#mi qled tv 4k #review #smart tv #xiaomi