Screenshots are a handy way of capturing the contents on the screen to record steps for helping someone with troubleshooting, capture error messages, and save a snippet of what’s displayed on the screen when there’s no download option. 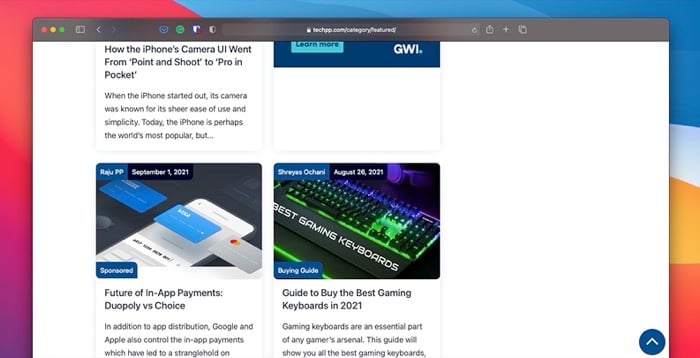 While these methods work well and get the job done, they are limited in functionality, so there’s only so much you can do with them. A dedicated third-party screenshot app or tool, on the other hand, brings along several additional features, and therefore, can help you take better screenshots.

Following is a list of the best screenshot apps for Mac you can use right now. 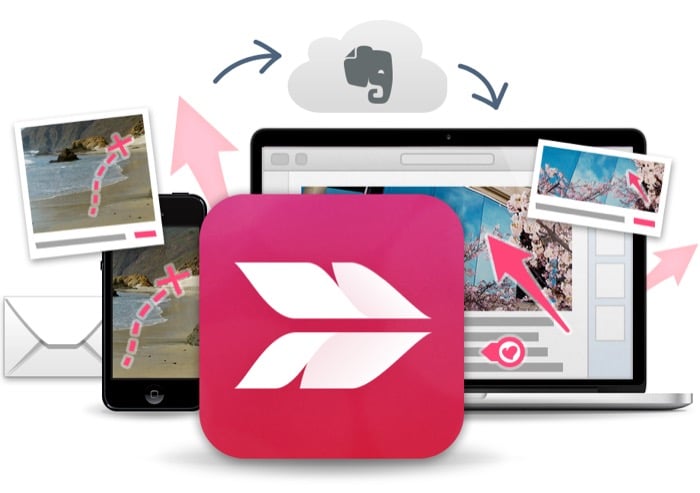 Skitch is a popular screenshot app for Mac from the makers of Evernote. It’s essentially an all-in-one tool that allows you to take screenshots and also annotate them. Talking about screenshotting, with Skitch, you can take full-screen screenshots, snap selected portions of the screen, or even capture screenshots with delay.

As for annotating, the tool offers a few markup options to help you annotate screenshots, crop them to maintain focus on the primary subject in the frame, or pixelate sensitive elements like name, address, contact number, etc., from the screenshot to protect your privacy. Plus, you have the option to save the output in a bunch of different file formats and share it through AirDrop.

By default, all your Skitch screenshots are saved to your Mac’s local storage. But if you want, you can save them to Evernote—for cross-platform access—by upgrading to an Evernote Premium account. 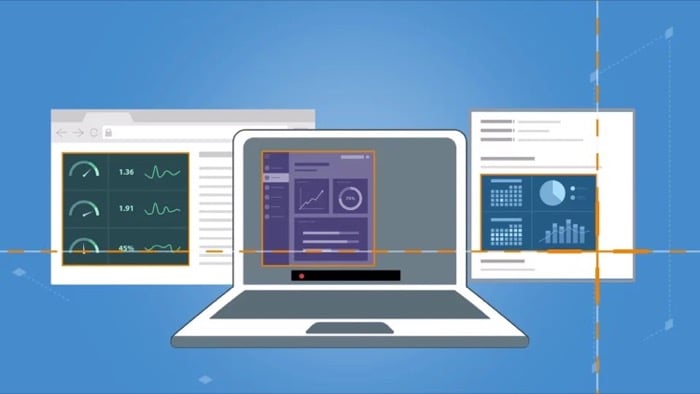 Snagit is a powerful snipping tool for Mac and Windows. What separates it from most screenshot apps is that, in addition to taking screenshots, you can also use it to record the contents on the screen as videos to assist someone with troubleshooting or performing some operation better.

With Snagit, you can capture screenshots of the entire desktop, a specific region on the desktop, or a single window. Not just that, you can also screenshot content that scrolls horizontally and vertically and even extract content from a screen and paste it into another app effortlessly.

Similarly, Snagit provides the ability to record the webcam feed alongside screen recording as well, so you can record yourself walking through the steps. Once recorded, you can then use built-in tools to annotate your screenshots, convert them into GIFs for sharing on social platforms, and trim screen captures to remove unwanted sections.

Lastly, Snagit supports an extensive array of sharing options to help you upload and share screenshots or video clips directly to YouTube, Word, Excel, PowerPoint, Google Drive, and other platforms. 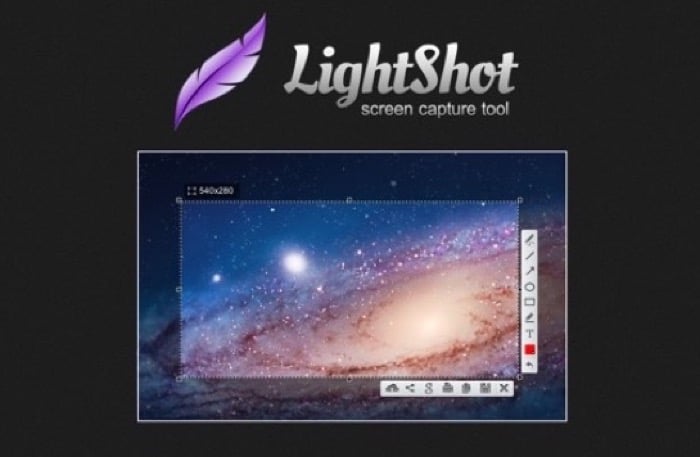 LightShot is the fastest and simplest screen capture tool for Mac on this list. It’s free and has a simple interface that makes it very easy to use. With it, you can choose to either capture the entire screen or take a screengrab of a particular area on the screen.

Captured screenshots get saved to your Mac’s local storage, and you can share them on Twitter or Facebook using the share option. Just like other snipping tools, LightShot also includes an editor—albeit a barebone one—that lets you add lines, arrows, and text to your screenshots to highlight important elements/convey your message better. 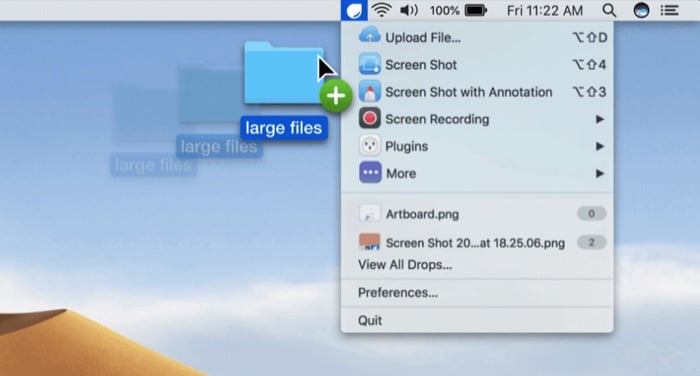 Droplr is yet another combo tool that lets you take screenshots and record screens on your Mac. It’s mostly a paid tool, but you do get a 3-day free trial to see what it has to offer. Using it is also fairly easy, and you get options to take a screengrab of the entire screen or a part of it.

When it comes to recording the screen, you have options like GIF and HD video recording—both in full-screen or partial-screen capturing mode. Plus, if required, you can add your webcam feed for a more personalized touch.

Once captured or recorded, Droplr lets you edit your screengrabs and recordings using its built-in editor, which offers the usual slate of screenshot editing and annotation tools. When you’re done, your screenshots or screen recordings get saved automatically to your personal Droplr cloud account, from where you can save them to your device locally or share with others over email or Slack. 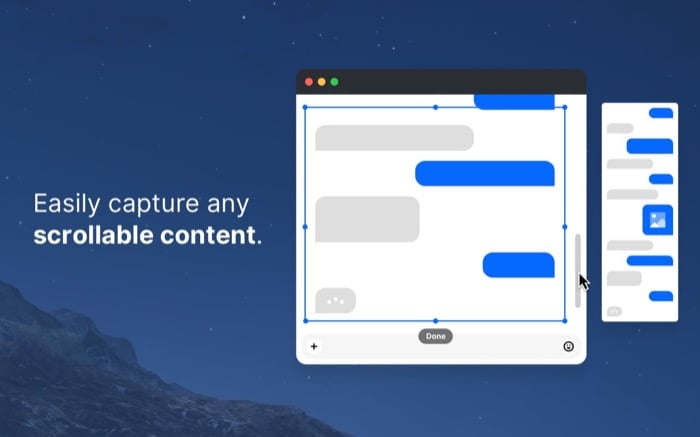 CleanShot X is a powerful snapshot tool that’s a worthy replacement for the built-in macOS screenshot utility. It requires a subscription to use and offers a plethora of features that you probably wouldn’t find on other screenshot tools.

Starting with capturing screenshots itself, CleanShot X lets you grab full-screen, windowed, timed, and scrolling screen screenshots. Plus, there’s the option to choose the background type and adjust padding and shadow. If you want more control over screenshots, you also get crosshair and magnifier options, which let you capture screenshots more precisely.

Similarly, CleanShot X’s screen recording functionality also offers several capture modes and lets you control different aspects of your video recordings like the frame rate, quality, and output format, among others. And, of course, you can also bring in your webcam feed while recording the screen if need be.

When it comes to editing, CleanShot X has a pretty extensive set of tools (crop, highlight, pixelate, counter, etc.), which allow you to annotate and edit your screenshots and screen recordings to your will.

Talking about advanced features, the tool allows you to combine multiple images into one with just a few clicks, capture non-selectable text from any media using OCR, and keep a reference of the captured content by pinning the screenshot to the screen so that it’s always on top of other windows. 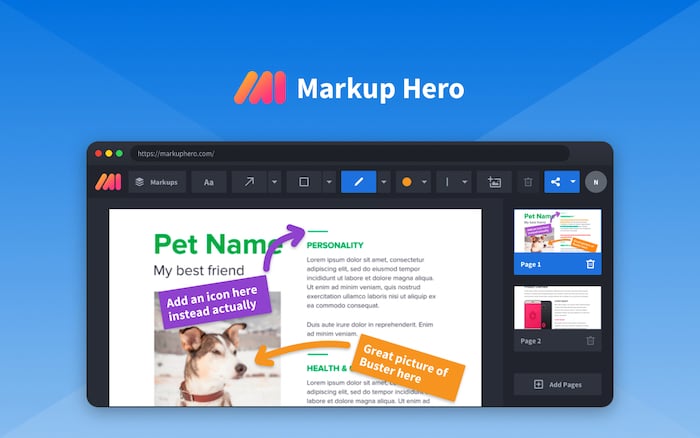 Markup Hero is another screenshot and annotation tool for Mac. It’s free to use for the most part and offers an array of advanced features that you usually get to see on paid apps. With it, you can capture, edit, and share ideas with anyone, all within one app. And, if required, use its Chrome extension to capture scrolling screenshots of any tab on the go.

Annotations are immensely helpful in making your points clear. To help you with the same, Markup Hero offers you all the necessary tools such as text, arrows, lines, shapes, blurs, pens, and highlighters to use on your screenshots. Moreover, you also have the option of adjusting the colors of your annotation or flipping/rotating an image. And, of course, you can always add extra pages or crop content as needed if you need to.

Lastly, stepping things up a notch, Markup Hero brings integration support for most of the popular tools out there. So you can integrate it with your Google Drive (or other Google tools like Docs, Sheets, etc.) and annotate them on it without having to jump back and forth between apps/browser tabs.

Besides Google’s app suite, you can also integrate Markup Hero to Slack: for quick annotation access inside channels or your own web app using the annotation API: to offer markup and annotation features. 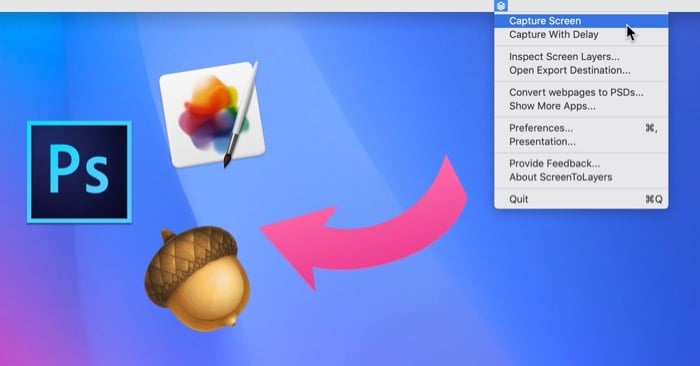 ScreenToLayers is a screenshot utility for Mac that’s a bit different from some of the other screenshot apps on this list. The idea behind it is to let you capture screenshots in the PSD format, where each element is a separate layer, so you can edit them in Photoshop with greater control.

Similarly, ScreenToLayers also offers a menu bar icon, which lets you perform most operations quickly and efficiently. As for screenshotting capabilities, the tool lets you capture the entire screen, a particular area/element, and even delay the capturing of screenshots. Moreover, there are also options to enable shadow and framing for better presentation.

Moving onto post-processing, ScreenToLayers works with all major editing platforms, including Pixelmator, GIMP, Photoshop, and Acorn. So you can easily import them to any one of these and edit your screenshots more effectively. 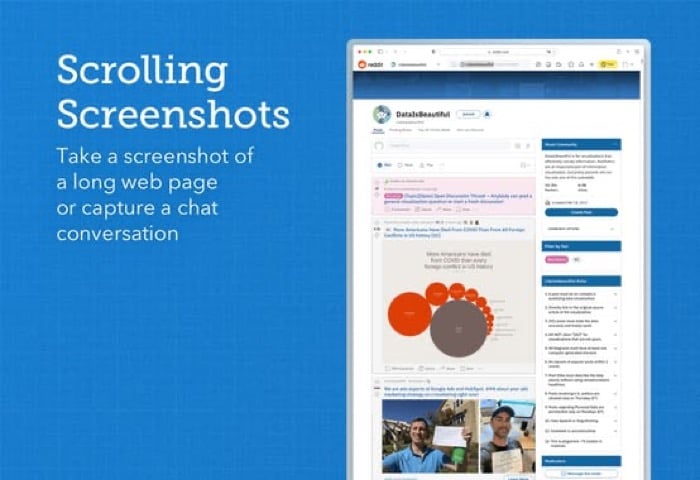 Shottr is a relatively new screenshot app for Mac designed to cater to the needs of creative professionals. It’s lightweight, fast, and relies on a bunch of hotkeys to simplify screen capturing.

With Shottr, you can take full-screen screenshots and capture a predefined area, just like most screenshot utilities. In addition, you can also take scrolling screenshots, delayed screenshots, and capture the active window, which can come in handy at times. And, when required, use its powerful editing tool to edit your screenshots right inside the app.

Besides, Shottr also includes a built-in OCR functionality, which lets you copy text from images. It gives you the freedom to set your capture hotkeys, choose screenshot background, set capture format, among others, which enable you to customize its various settings to your liking.

Xnip is a handy and minimal screenshot tool for Mac that lets you capture the screen in different modes: full-screen, windowed, multi-app, and scrolling. It has a neat menu bar icon that makes accessing different app operations easy and offers quick access. Plus, you also get the ability to pin images as an always-on-top floating window on your screen.

Airsketch offers one of the fastest screenshot capture experiences on Mac. It has a simple interface and a menu bar icon. Both of which make taking screenshots quick and easy. Aside from that, Airsketch also offers various annotation options and the ability to share them with others over different mediums. You may need a premium subscription to access some of the app’s features.

With the screen capture apps on this list, you can take screenshots or screen recordings of your Mac’s screen with greater control and accuracy than the native screenshot tool. Similarly, you can also annotate and edit your captured screengrabs in a much better way on these tools and get your idea across more clearly.

While there are several other screenshot tools for Mac that can take screenshots and screen recordings, we feel the ones on this list do the job pretty well and should, therefore, suffice your requirements.

Was this article helpful?
YesNo
TechPP is supported by our audience. We may earn affiliate commissions from buying links on this site.
Read Next
8 Best Clipboard Managers for Mac in 2023
#apple #Best Apps #MAC #mac apps