Netflix, the giant video streaming service, has launched its own mobile games for smartphones, which Netflix itself will distribute. These games will require an active Netflix subscription to run. Netflix Mobile Games are accessible only on mobile devices on both Android and iOS platforms, after the latest update. 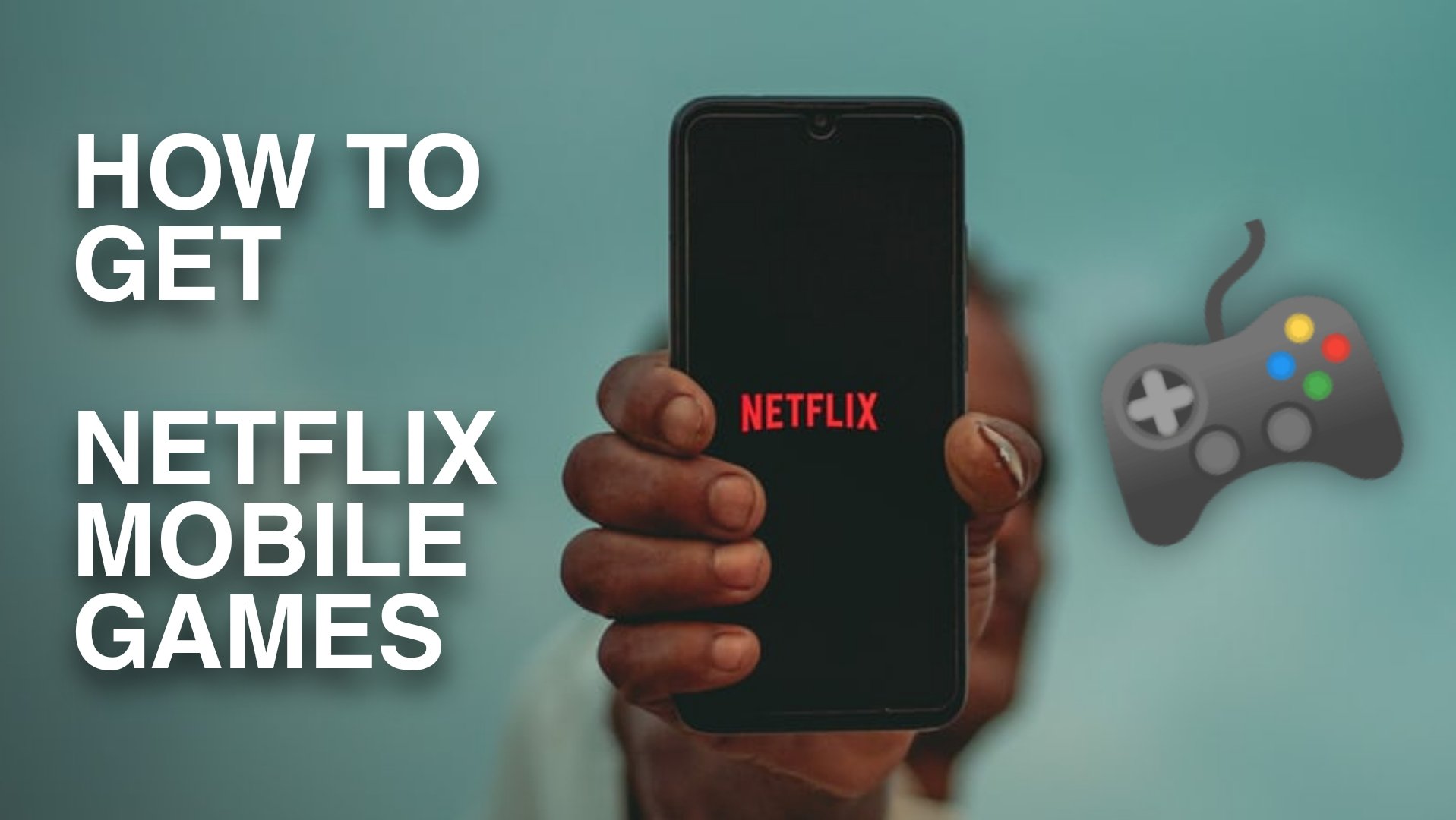 Netflix Games are free to play for users with an active Netflix subscription. The company also states that there will be no in-app purchases or a pay-to-play model in its games. Once the game is activated using your Netflix account, it can also be accessed offline and does not require an active internet connection to play.

What Netflix Mobile Games Are Available?

At the time of its launch, Netflix currently has five games to offer. The streaming giant has also shown interest in bringing more games to mobile devices in the future. Note that these games give you a retro feeling with their 8-bit graphics and audios and are indeed not the most graphic-intensive games in the market.

UPDATE: Netflix has released five more mobile games for Android and iOS. The newer games are included in the list given below which takes the tally of the number of Netflix Mobile Games to 10.

The ten Netflix mobile games currently available are as follows: 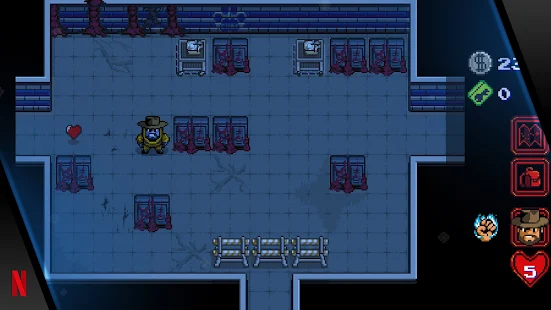 Stranger Things 1984 is an adventure game where you can explore various parts of the map. You also get to solve some puzzles on your way through. The map also contains places from the actual Stranger Things series, including Mirkwood Forest and Hawkins Lab. So if you are a fan of Stranger Things, you may have some fun exploring these places in the game. 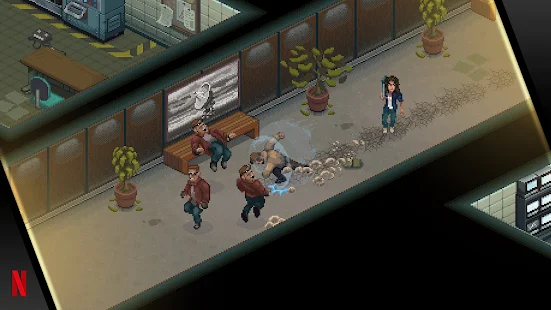 As the name suggests, this game is focused and is developed around the third season of the Stranger Things series. You can choose between a total of 12 characters, all of which are derived from the series, and walk through the levels of the game. There’s also a local two-player mode where two users can host a game and play together. The game also includes puzzles and riddles in between to make it more interesting. 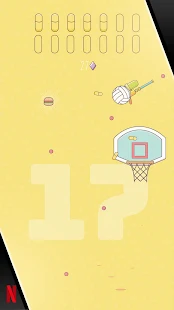 Shooting Hoops is a vertical screen game based on Basketball. The challenge of the game is its unorthodox mechanism. The ball comes attached with a dart, and you have to aim the darts and make the ball go into the basket. It is a tricky game, and we found it quite difficult to get past the tutorial stage. 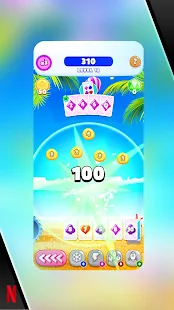 Card Blast is a type of poker game based on the regular deck of 52 cards. You need to pick up cards in pairs from the deck, and the one with the better pair to place them in a row wins the game. The game also comes with an in-game coin currency, which you earn as you keep playing. These cannot be purchased with real money, and playing the game is the only way to earn them. 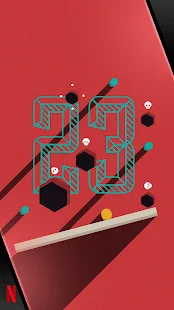 Teeter Up is a level-based game with 150 levels as of now. You are given a ball, which you need to guide towards a hole and make maneuvers through the obstacles. Remember an old ball-based game called ‘Bounce’? The concept of Teeter Up is similar to Bounce, but not the same. 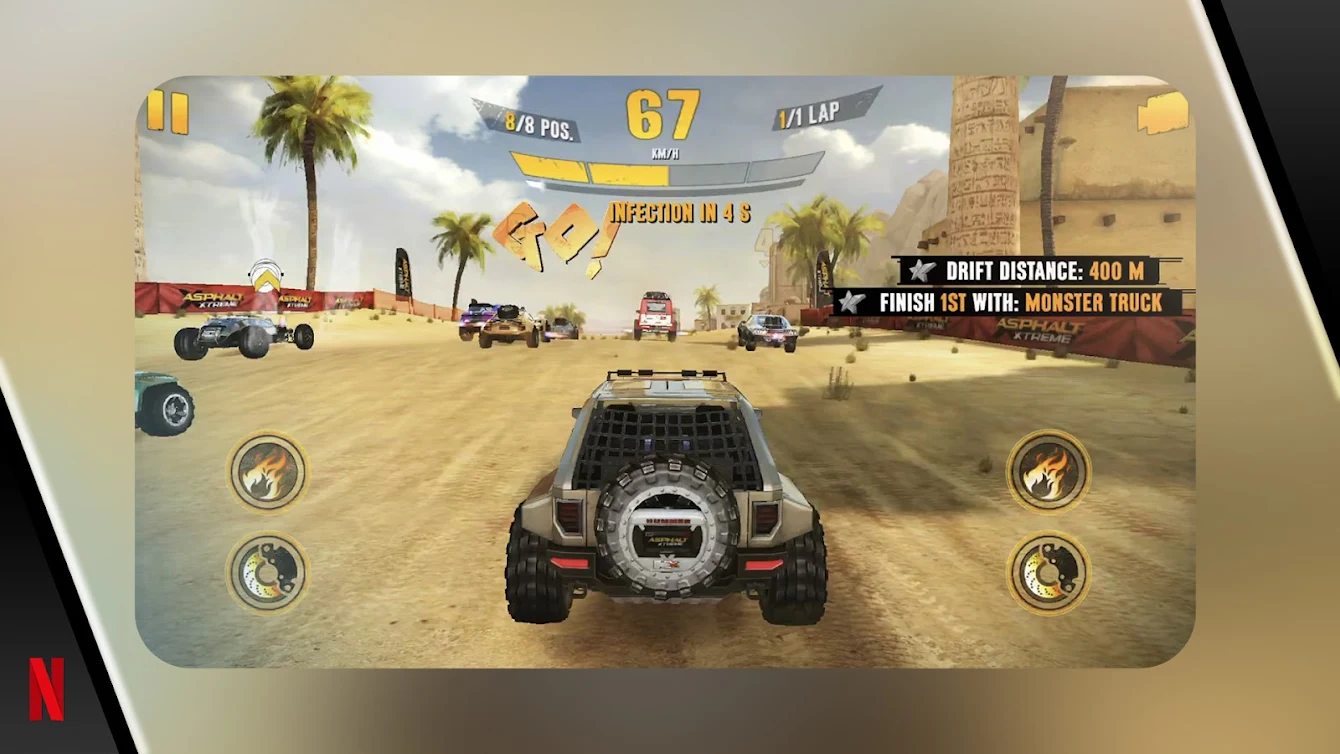 Asphalt Xtreme is an off-road racing game that lets you dive monster trucks, buggies, dirt rally cars, and more. You can choose between various race tracks with a glacier, jungle, and mountain-themed racetracks. There are a total of five different modes to play, including an eight-player multiplayer mode. The game also comes with over 300 career events and 1100 mastery challenges. Size-wise, this is the largest mobile game that Netflix has to offer occupying almost 1 gigabyte of storage space. 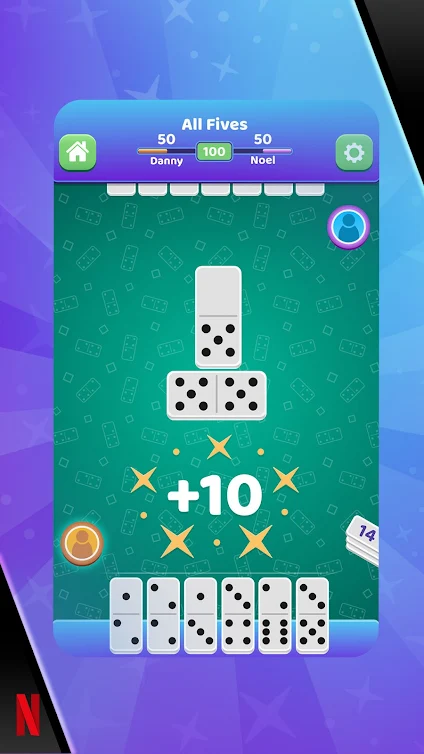 As the name suggests, this is a classic game of Dominoes with three game modes. There are a total of three difficulty levels to choose from. You can either play one-on-one or two-on-two in the game. The tiles are customizable where you can select the color of the tile, and add a design or pattern to the table, for free. 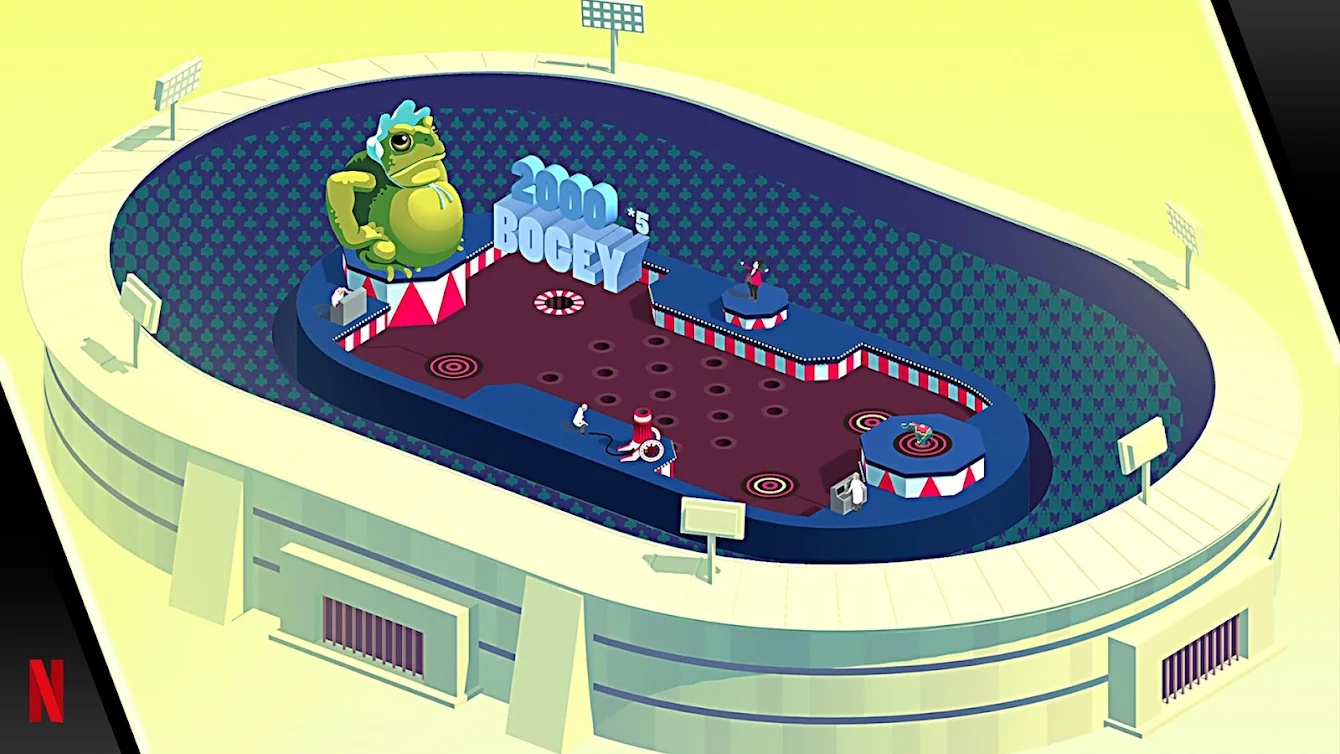 Wonderputt Forever is a mini-golf game with creative golf courses. You can plan your shots accordingly to make it perfectly sink in the hole. The game also includes a ‘Forever Mode’ where you can keep playing, while the courses keep getting rotated. Players can earn rewards for completing levels, which can be redeemed in the game itself. Some of the golf courses felt really creative and interesting, when we initially tried the game. 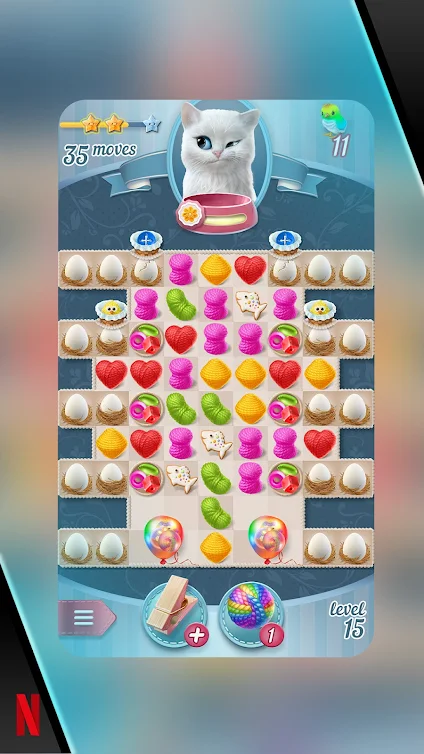 Knittens game by Netflix is similar to the concept of Candy Crush, where you sort items in a puzzle to create a streak, in a specific number of moves. The game gets its name ‘Knittens’ as you get rewards for completing levels, which can be used to add attractive outfits to your model cat in the game, whom you are supposed to take care of.  Play, Earn, Decorate, Repeat! 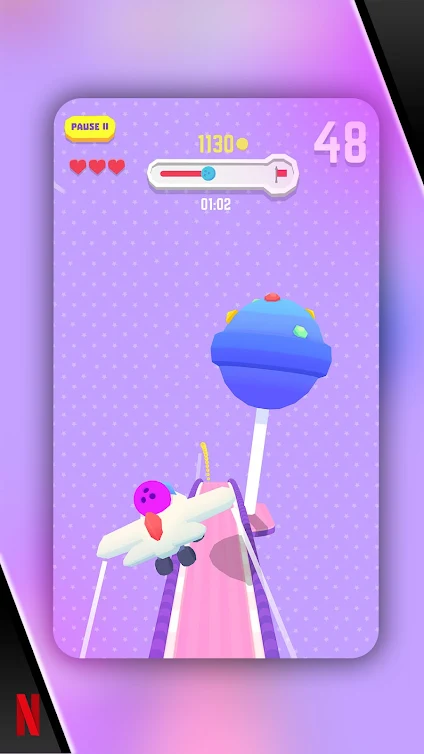 Bowling Ballers is an arcade game where you have to help your character dodge obstacles, while it keeps running on the track. You constantly keep collecting coins or any other in-game currency, which gives you your score. The longer you run, the more you score. You get three lives, after which the turn ends, and you will have to restart the game. Sounds a little Subwayish… right?

Be assured that we will be updating this list as and when Netflix releases more mobile games.

How to Install Netflix Mobile Games on Android?

Netflix mobile games were initially only released on Android, but now they are available on iOS devices (iPhone and iPad) too.

Follow the steps below to install a Netflix mobile game on your smartphone:

1. Can I play Netflix mobile games without a Netflix subscription?

No, you will need an active Netflix subscription to start playing any Netflix game. Even the mobile-only plan gives you access to Netflix Games.

2. Do I need an active internet connection to play Netflix mobile games?

Netflix mobile games do not require an active internet connection to play. The only time you will need internet access is when you open the game for the first time, where you will be asked to sign in using your Netflix account. Post this, the games can be played without an internet connection.

3. Can I play Netflix mobile games after my subscription ends?

4. Who is the developer of Netflix mobile games?

5. When will Netflix mobile games arrive on iOS?

Netflix Mobile Games are now available for iOS. They are supported on both, the iPhone and the iPad. You can download these games from the links given above.

Gaming on Netflix: A New Way of Experiencing Entertainment

The introduction of mobile games by Netflix looks like a move that the company is looking forward to expanding its portfolio from videos to casual games with the ongoing mobile gaming trends. This step into gaming can either be an experimental move by Netflix or maybe an investment in gaming. Netflix says that we might soon see more mobile gaming titles for Netflix users.

Netflix mobile games also have the potential to create an ecosystem for Netflix viewers to come together and enjoy some fun games with their friends, apart from binge-watching videos. However, the initial games available right now do not look groundbreaking, and we are not sure of a proper gaming expansion by Netflix at this point. Till then, you can enjoy watching your favorite Netflix shows and chill with these new mobile games.

If you’re new to Netflix, check out these top 6 tools to elevate your Netflix experience.

Was this article helpful?
YesNo
TechPP is supported by our audience. We may earn affiliate commissions from buying links on this site.
Read Next
All the Ways to Convert Images on iPhone and iPad
#Entertainment #how to #how to guide #netflix #Netflix Mobile Games