Apple launched its custom silicon—the Apple M1—for its Mac computers back in 2020. While this transition from Intel to Apple Silicon promised an overall improvement in performance and efficiency of the Macs, it also enabled the ability to run iOS and iPadOS apps on the Mac. 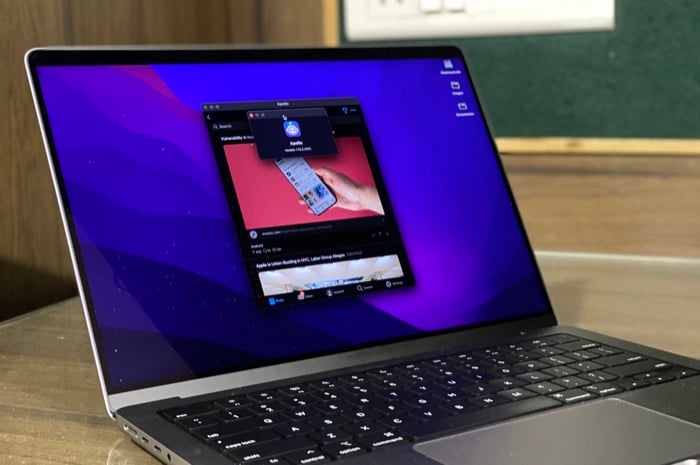 So, if you’ve always wished to use your favorite iOS apps, which were once only available for the iPhone, it’s now finally possible to get them running on the all-new Macs.

Here’s a short guide to help you with the instructions on how to run iOS apps on the Mac. Using these instructions, you can also run iPadOS apps on your Mac.

What Are the Requirements to Run iOS Apps on Mac?

To run an iOS app on your Mac, your Mac needs to be:

How to Run an iOS App on an M1-Powered Mac

First, open the App Store. You can do this by going into the Launchpad and finding App Store there. Or press Command + Space to bring up Spotlight Search and look for AppStore.

On the App Store, click the Search box in the left pane. Here, search for your favorite iPhone app or iPad app. 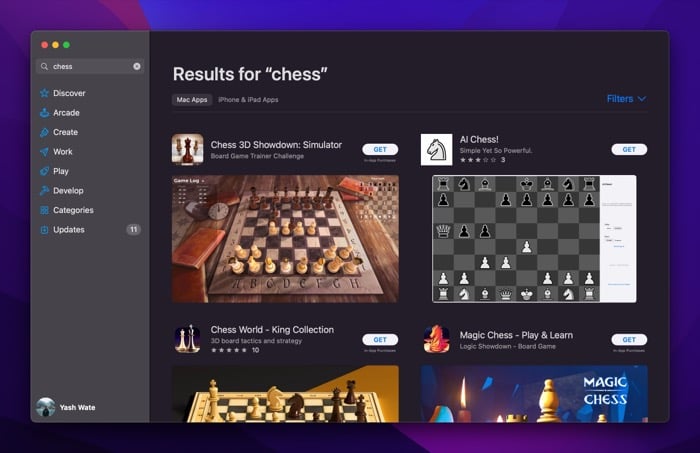 When it returns the results, click on the iPhone & iPad Apps tag under Results. This will show you only the iOS and iPadOS apps for your query. 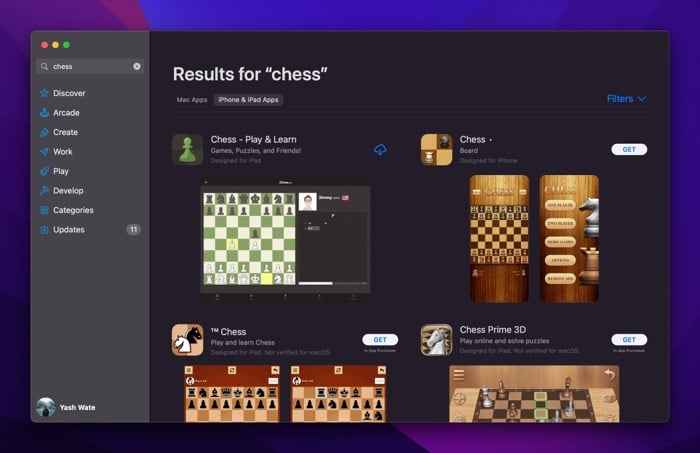 With the latter, you’ll need to either enter your Apple ID password or authenticate yourself using Touch ID before the app starts downloading.

Once it’s downloaded, click on the OPEN button to open the app. 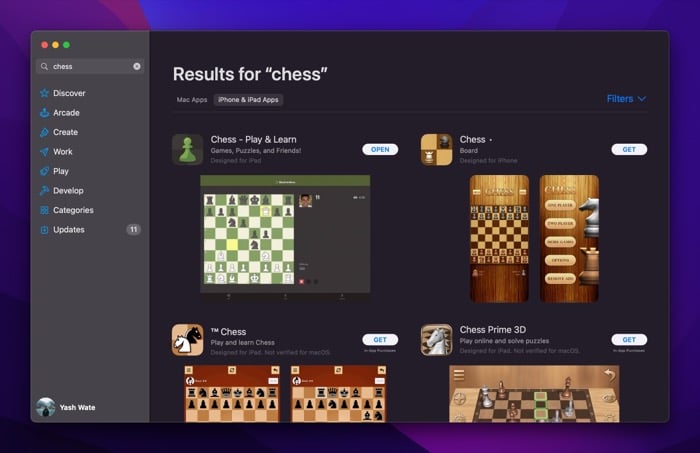 Alternatively, go back to the Launchpad, and you should be able to see it there. Or you can also look for it using the Spotlight Search.

Since iOS and iPadOS apps are meant for the iPhone and iPadOS, respectively, they rely on touch inputs for navigation. As a result, using them on a Mac, which doesn’t use touch input, can be a little tricky.

But as it turns out, a lot of these apps provide touch alternatives to make navigation a bit easier on the Macs. At the time of writing this, all the apps we tried offered these options, and we had a decent experience using them.

To access these controls, launch the iOS or iPadOS app you just downloaded on your Mac and tap on its name in the menu bar. Select Preferences from the menu options. And then, select the On radio button beside Touch Alternatives. 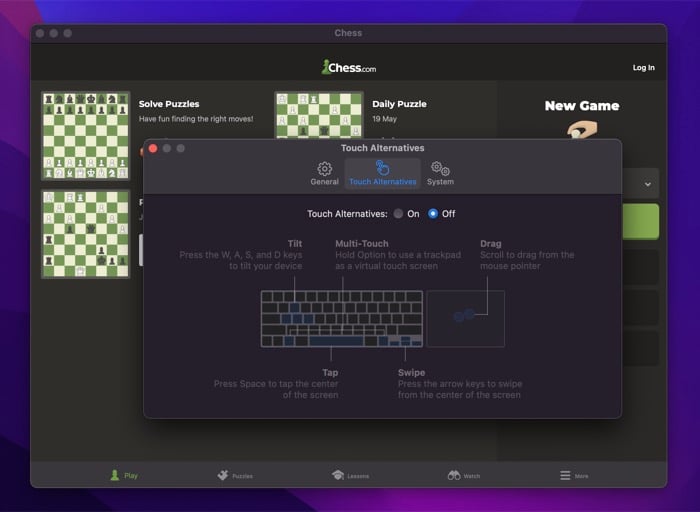 While you’re at it, check out all the touch alternatives you need to perform to carry out different screen gestures.

In case it’s a game, you’ll also see the Game Control tab inside its Preferences. It basically lets you use your keyboard and trackpad to emulate your screen’s controls.

For using it, select the On radio button for Controller Emulation. 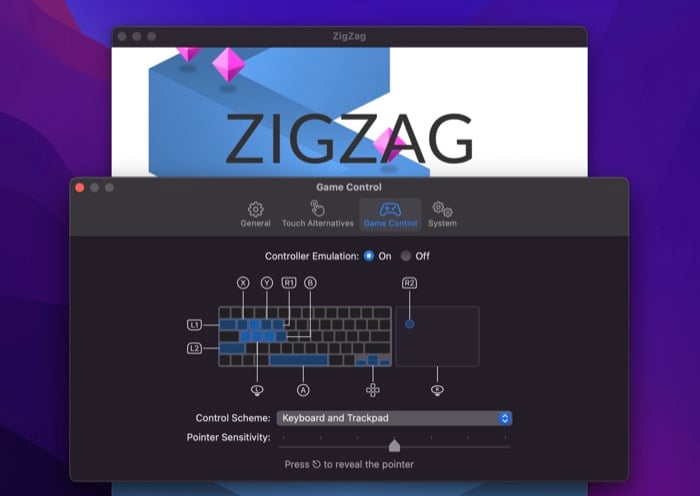 After this, click on the dropdown beside Control Scheme and select a control option according to your preference. Additionally, use the Pointer Sensitivity slider to adjust your pointer’s sensitivity. 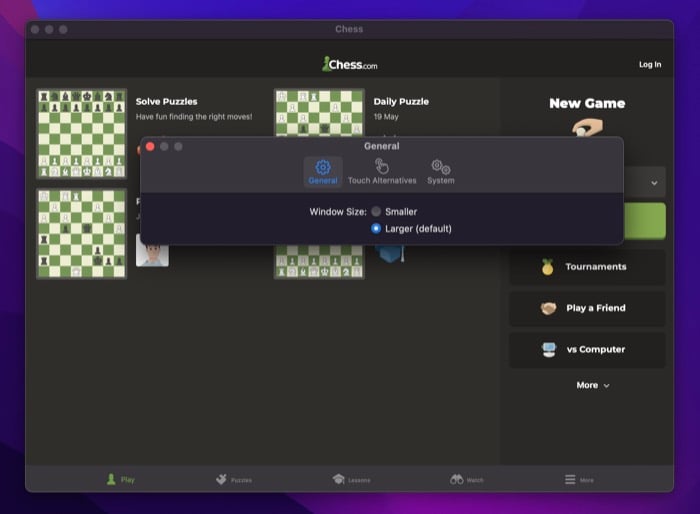 Similarly, go to the System tab inside Preferences to change settings for Location Services, Notifications, etc. Note that these options are app-specific, so you may or may not see them on all apps. 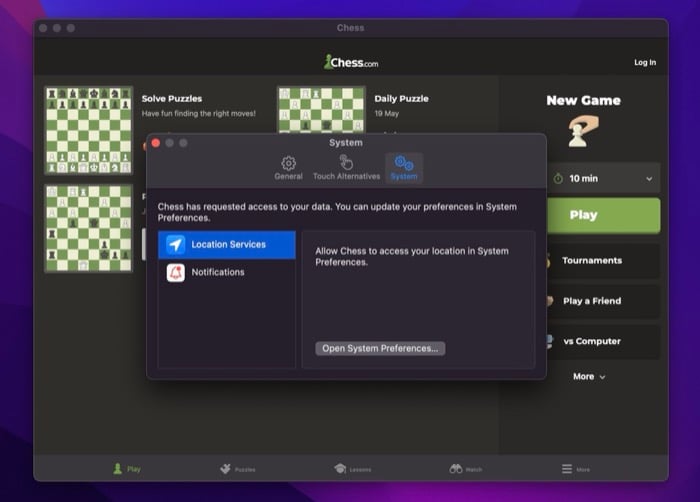 Delete an iOS App From Your Mac

At any point in the future, if you end up not using this app and want to remove it, you can delete it just like you’d delete a Mac app. Here’s how: 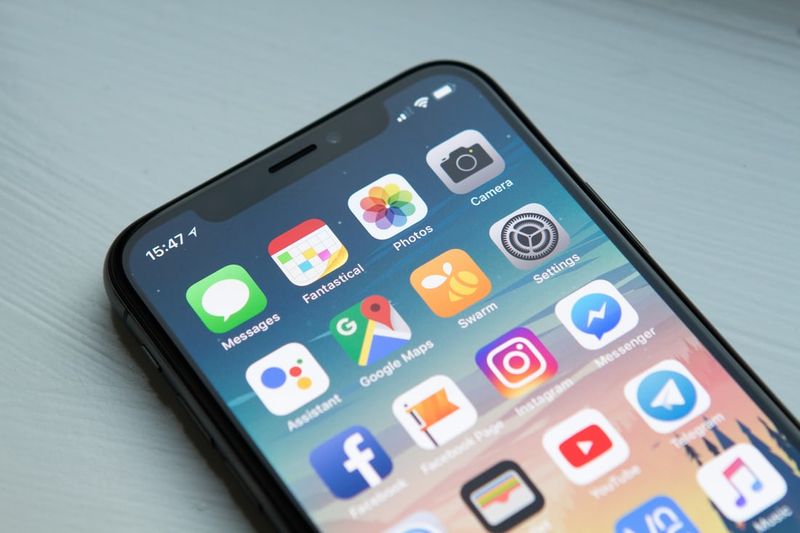 Use Your Favorite iPhone and iPad Apps on Apple Silicon Macs

Although the App Store is filled with all kinds of Mac apps, there are several iOS and iPadOS apps that don’t have a macOS equivalent. As a result, you have to resort to using their alternatives on your Mac. But thanks to the all-new Apple Silicon, you can now easily run your favorite iPhone or iPad app on your Mac. Of course, the experience may not be the same since the mode of interaction is different, but the overall experience is certainly fluid and pleasant.

Can I run iOS apps on Intel Mac?

No, Macs running Intel processors can't run iOS (or iPadOS) apps unlike the M1-powered Macs. While using an emulator is one way to get around these restrictions, it isn't a straightforward or reliable method.

How do I run iOS apps on Mac Catalina?

To be able to run iOS apps on your Mac, you need to be running on at least macOS Big Sur. If you are on Mac Catalina, consider upgrading to Big Sur and then enjoy running iPhone apps on Mac.

Yes, macOS Big Sur can run iOS apps if your MacBook or iMac is running the latest Apple Silicon Mac (M1 processor and newer). With this combination of M1 silicon and Big Sur, you should be able to run iPhone and iPad apps on your Mac.

M1 Macs will be able to run iOS and iPadOS apps since they use the same processors as iPhones and iPads - so long as the developer is willing to port the apps over (some apps will not be suited to the Mac, for example, games that use accelerometers or where there already is a Mac port available).

Was this article helpful?
YesNo
TechPP is supported by our audience. We may earn affiliate commissions from buying links on this site.
Read Next
How to Install and Use Intel Unison App on Windows, Android and iOS
#apple #how to #how to guide #ios #ipad #iPadOS #iphone #MAC