It is priced close to it, and in many ways, the OnePlus Nord CE 2 Lite 5G reminds us of the first OnePlus phone, which many remember as the OnePlus One. It was not perfect, far from it. Its display was a little dull, and its cameras were adequate rather than exceptional. But what made it special was the fact that it brought a flagship-level performance and a different software experience to users at a surprisingly affordable price point and within a design that looked sleek and premium. 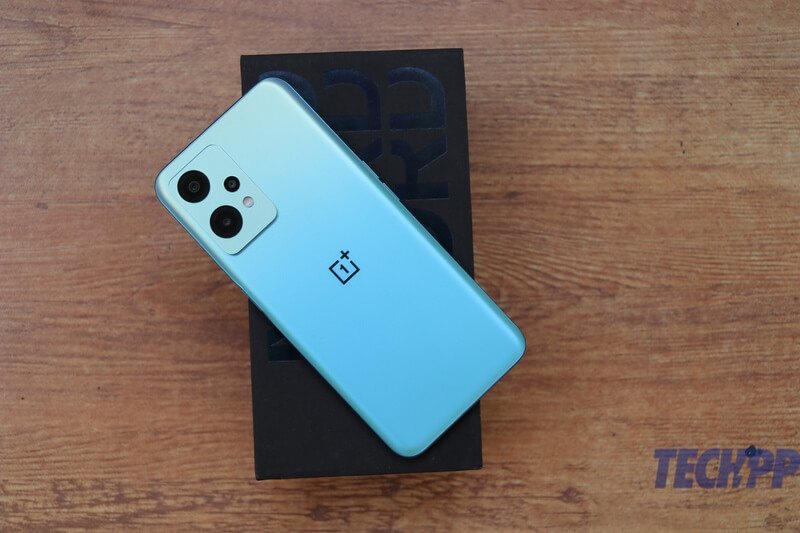 The OnePlus Nord CE 2 Lite 5G (hereafter referred to without the 5G suffix for simplicity) follows the same template. This is not a phone that is going to win rave reviews like its premium siblings for features like display and camera quality. Where it looks to stand out is in terms of user experience, just like the first OnePlus. But will that formula work eight years down the line and in a different price segment?

The biggest challenge the OnePlus Nord CE 2 Lite faces is that, unlike the first OnePlus device, which almost defined a product category, it gets into a zone that already has some formidable players, including the likes of Xiaomi, Realme, iQOO, and Vivo. Perhaps the most prominent of these is the Redmi Note 11 series, with the Redmi Note 11 Pro+ being a particularly close competitor. The first OnePlus had a relatively clear field in front of it. The Nord CE 2 Lite, at its price of Rs 19,999, comes into a segment that is not only crowded but also has a prominent frontrunner. So what can it offer users that established players cannot?

On paper, the OnePlus Nord CE 2 Lite does not come with anything that can be called surprising or unique. It has a dual-textured plastic back (stripes on the upper half of the back), curved edges, and a very solid build. We got the Blue Tide variant, and it feels good to hold and looks smart without screaming for attention. The specs too are in the “good” rather than “super” category – you get a 6.59-inch full HD+ LCD display with 120 Hz refresh rate, a Qualcomm Snapdragon 695 processor, storage and RAM variants of 6 GB/ 128 GB and 8 GB / 128, a triple camera set up on the back spearheaded by a 64-megapixel main sensor with two sidekick 2-megapixel depth and macro sensors, a 16-megapixel selfie camera, and a 5000 mAh battery with 33W SuperVOOC charging. 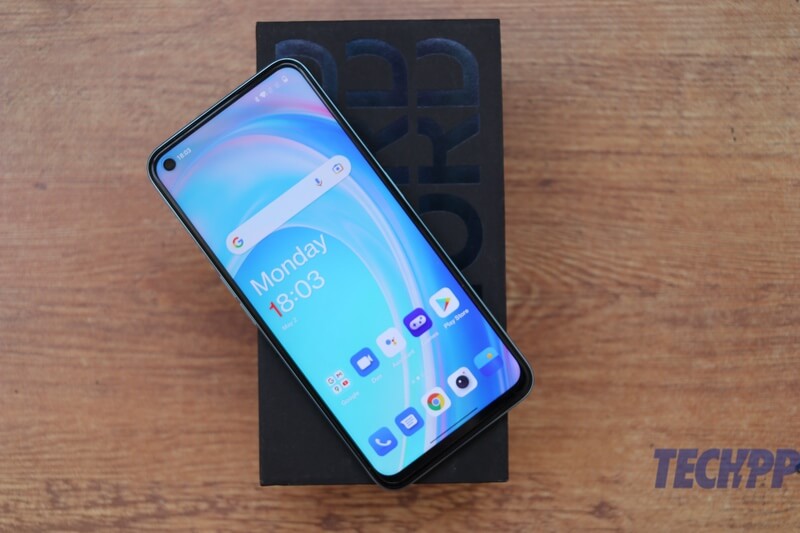 The OnePlus Nord CE 2 Lite does not really stand out from a crowd of competitors in specs and design. The processor is definitely a plus, but we can see people being upset about the absence of an AMOLED display and REALLY fast charging. There will also be those who will miss the alert slider (although the Nord CE series never had it) and stereo speakers. However, the Nord CE 2 Lite brings a 3.5 mm audio jack and expandable memory, features not generally seen in most OnePlus devices. We would have liked dust and water resistance, though.

Bringing that unruffled OnePlus experience to the sub-Rs 20,000 segment 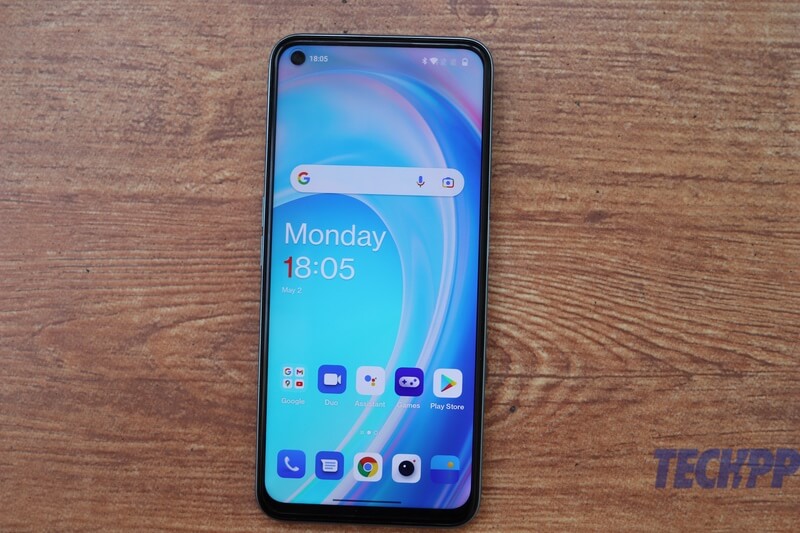 It might not stun you with its specs or make your eyes pop with its design, but the OnePlus Nord CE 2 Lite scores in terms of really smooth performance. OxygenOS on top of Android 12 is a little too minimalistic for our tastes at times, but its clean, uncluttered UI works very well on the Nord CE 2 Lite.

The display is quite bright and handles colors well, although you will not get the sort of contrasts and bright colors that you get on AMOLED displays. The chip and RAM combination are also decent enough to handle most games, even high-end ones, if you just tweak the odd graphics setting. OnePlus has also done a decent job in terms of ensuring that the phone does not heat up too much. The single speaker is not a match for the stereo speakers we have seen on the Redmi Note but is impressively loud. Call handling is smooth, and battery life is comfortably more than a day of normal to heavy use. The 33W charger gets the phone charged in slightly more than an hour, which is again good for this price point. 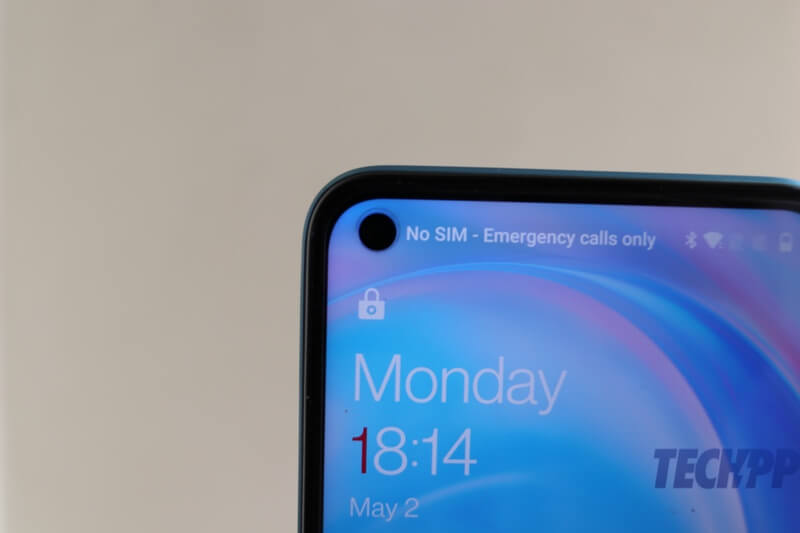 The camera performance is also very steady. The 64-megapixel primary sensor delivers very good shots in good light conditions, although some might find the colors a little on the faded side as compared to the extra saturated images that are seen in this price segment. Videos are good enough for social networks, and the 16-megapixel selfie camera also sticks to the realistic color and lots of detail formula, although it does beautify the subject a little. However, the two 2-megapixel depth and macro cameras do not add much to the experience, and we largely ignored them. Incidentally, we love the fingerprint scanner on the side – it works faster than the in-display ones on other Nord devices. 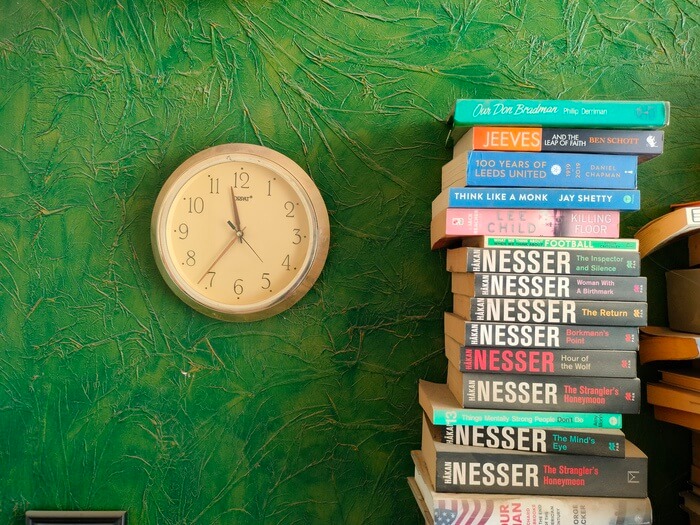 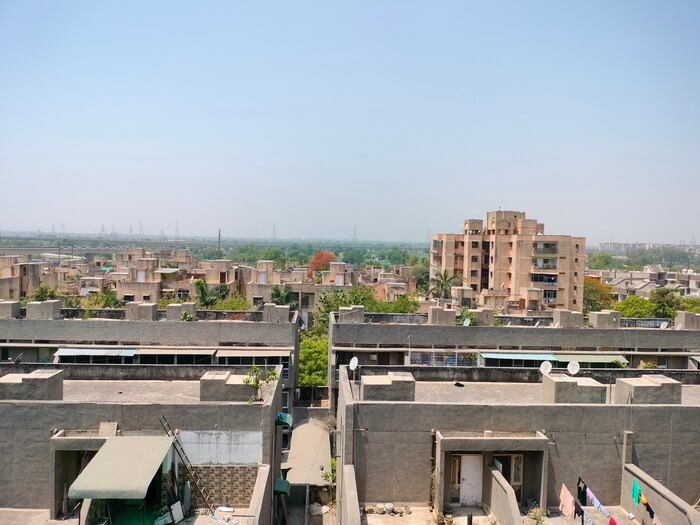 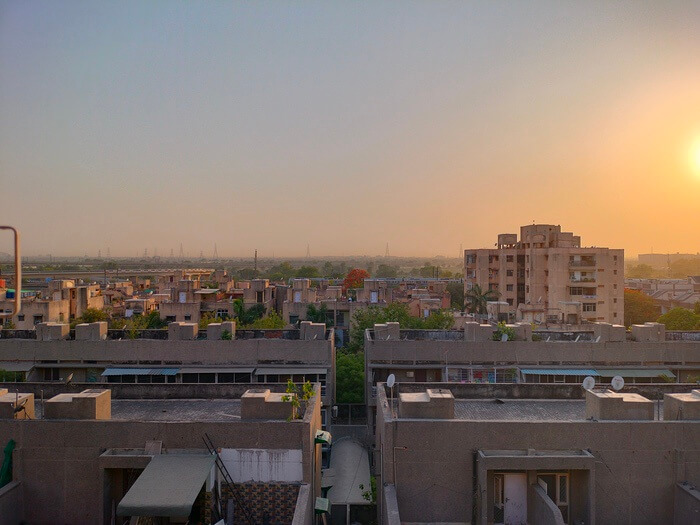 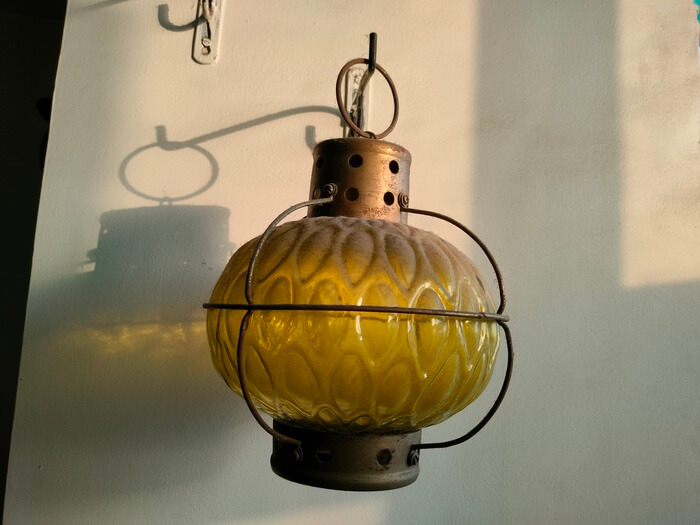 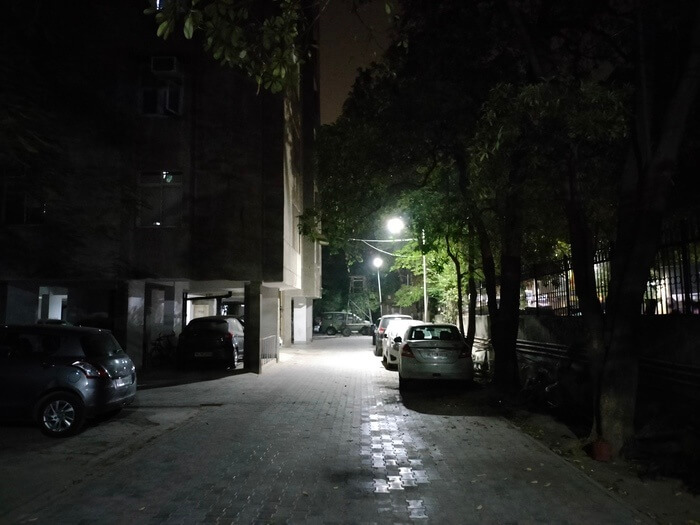 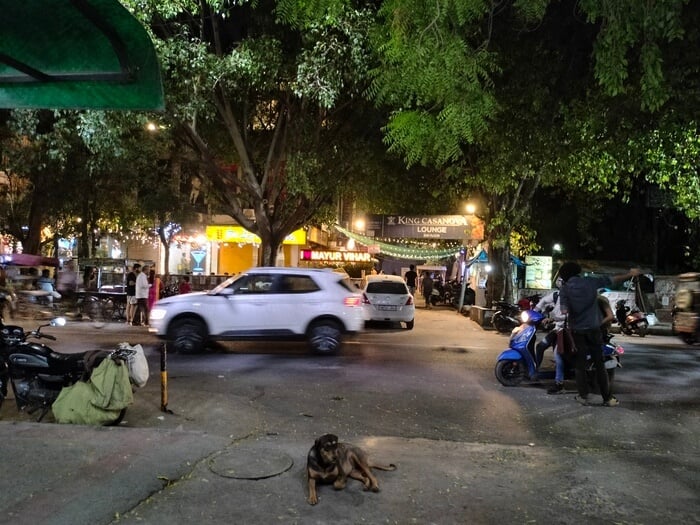 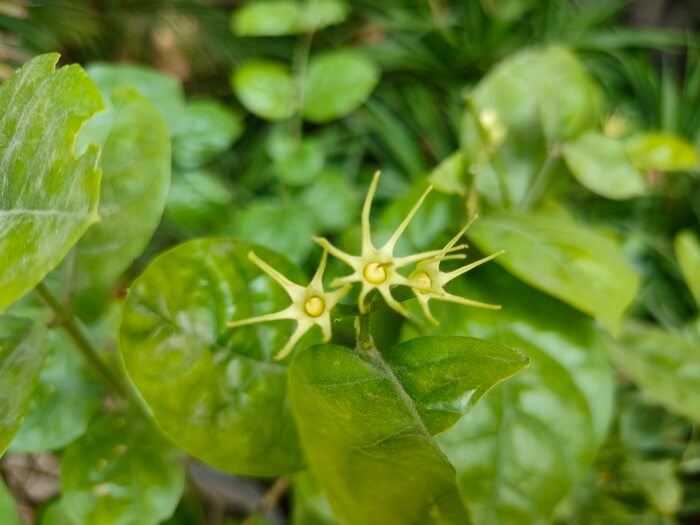 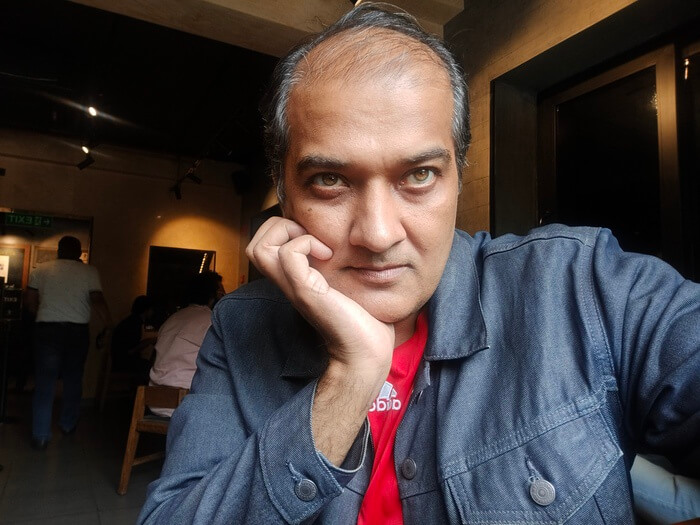 The OnePlus Nord CE 2 Lite is a very steady, reliable performer. It is not going to smash benchmarks but will simply do everything well, from gaming to routine functions, to photography to viewing content, to battery life and battery charging. There is nothing that can be called a deal-breaker here. The latest version of Android and the hope for more updates (given OnePlus’ generally good record in that regard) make this a great phone for anyone who wants a phone that just works. Because that is just that it does. What’s more, 5G support ensures that it will work even when that network finally does come to India. Some future-proofing there.

Should you be getting the OnePlus Nord CE 2 Lite? 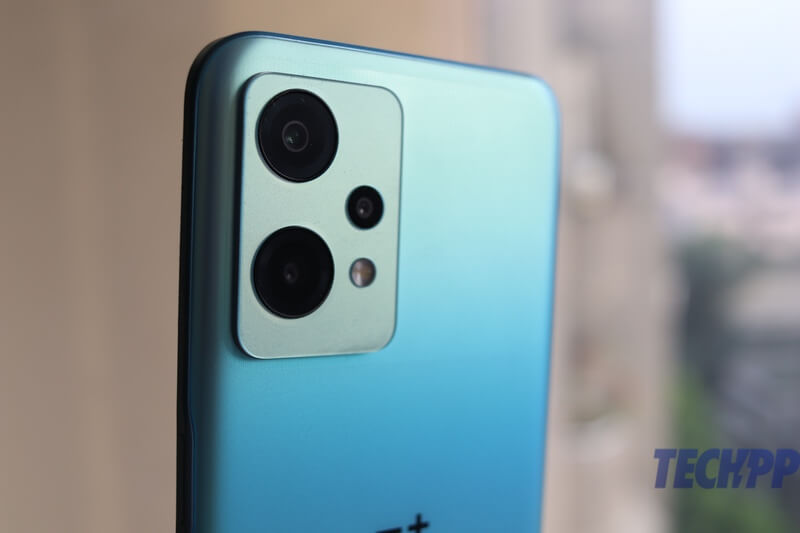 At its starting price of Rs 19,999 for 6 GB/ 128 GB, the OnePlus Nord CE 2 Lite is, therefore, the perfect phone for anyone starting out on their smartphone journey. It rarely stutters and goes about its business without any fuss. There are devices with brighter displays, better cameras, faster-charging batteries, and stereo speakers, and some come with designs that will grab far more attention. Indeed, the Redmi Note 11 Pro+ with its 108-megapixel camera, AMOLED display, and 67W charger, topped off with a glitter-y back design is the most prominent of them, although it starts at a slightly higher price (Rs 20,999).

The first OnePlus had grabbed attention by offering a flagship-level performance at a surprisingly low price; the latest OnePlus seeks to make a place for itself by being simply consistent rather than stunningly spectacular. If you are a person who wants to do as much as possible with a device in a phone priced around Rs 20,000, then there might be better options out there. But if you want a phone that just does everything well, with no real stumbling points and with clean software, then the OnePlus Nord CE 2 Lite could well be just what you are looking for. The Never Settler has got into a Note-able zone.

Review Overview
Was this article helpful?
YesNo
TechPP is supported by our audience. We may earn affiliate commissions from buying links on this site.
Read Next
Redmi Note 11 Pro+ 5G Review: Bringing the regular revolution to a new price ...
#oneplus #OnePlus Nord CE 2 Lite #review