It started out as the benchmark device at around Rs 10,000, then moved up to being the best in the vicinity of Rs 15,000. It now has moved up the price ladder again and is looking to be the best option at around the Rs 20,000 mark. Whatever you can accuse the Redmi Note series of, resting on its laurels is not one of them. Recent times have seen the Redmi Note graduate from being a stand-alone device to a series, and now it is a series that has sub-series of its own – a T, an S, a Pro, a plain number, and we are sure there are more on the way (lite, active, super lite, lite s… the possibilities are endless). 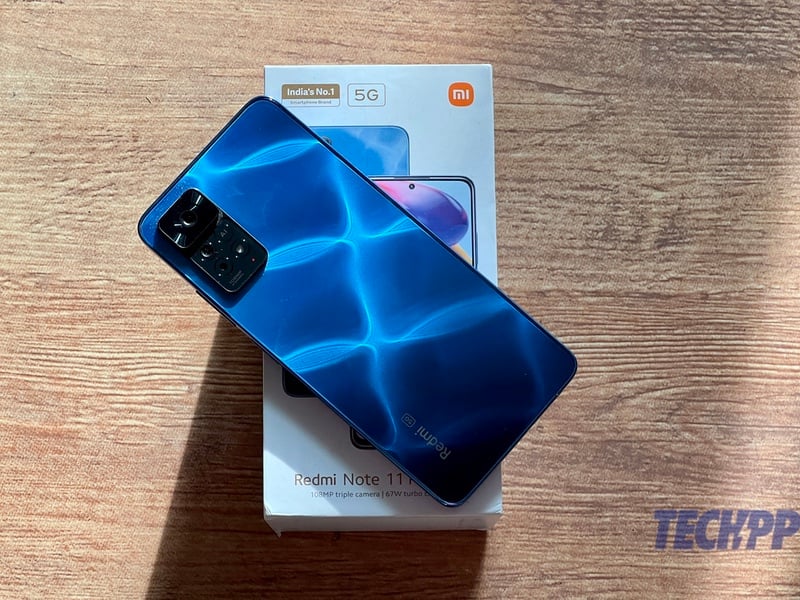 Leading the Redmi Note’s charge into the Rs 20,000 category is the Redmi Note 11 Pro+, which at Rs 20,999, has the highest starting price of any Note, ever. Does it live up to the Redmi Note tradition of delivering staggering value for money?

The Redmi Note 11 Pro+ is the fourth Redmi Note 11 device we have reviewed, and it is the first one that has really impressed us with its design. It totally steps away from the slightly curved carbonate backs we saw on the Redmi Note 11 and the Redmi Note 11S, and brings the glass to the front and the back of the phone. And it does so with dazzling effect in the case of the Mirage Blue shade we got for review (there’s also Phantom White and Stealth Black). The back has shimmering patterns on it, which change with the angle of the light falling on them. Some might find it a little on the loud side and not as classy as the subtle frosted glass finish on the Xiaomi 11i series, but it is a welcome change from the routine designs we have been seeing, especially in the Note 11 series thus far.

The Note 11 Pro+ also sports a flat back and sides, which Xiaomi terms as the EVOL Pro design. Much though we liked EVOL design when it arrived last year on the Redmi Note 10 series, we are glad to see it finally evolve to a pro-level. At 164.2 mm, the Redmi Note 11 Pro+ is a tall phone and a little on the wide side at 76.1 mm. It is actually taller and wider than the OnePlus 9 Pro, although, at 8.1 mm, it is impressively slim. It weighs a little over 200 grams, which makes it the heaviest Note out there (the Note 11 and 11S both weighed 179 grams, and the 11T was 195 grams), although the weight seems evenly distributed over that large surface. In sum: the Redmi Note 11 Pro+ is big and beautiful, and if you get the blue edition, it will turn heads. 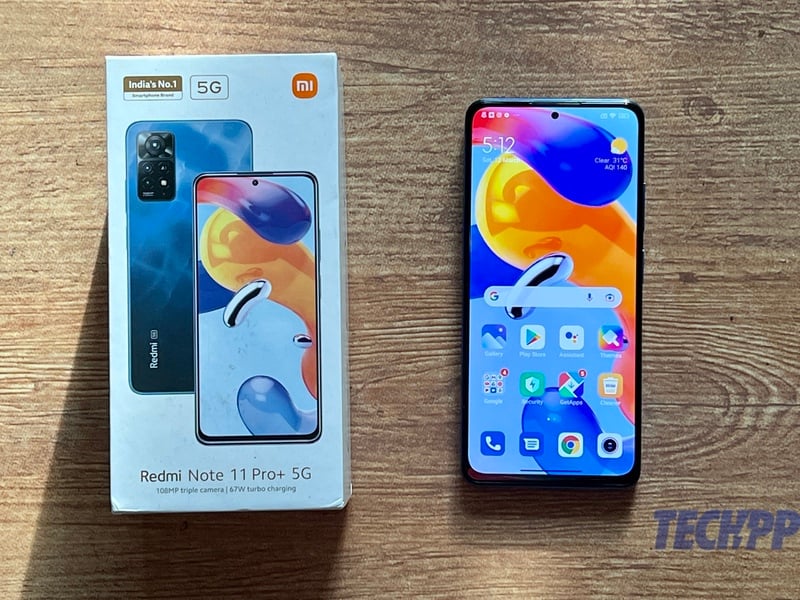 Inside its big frame, the Redmi Note 11 Pro+ packs in some very formidable hardware for its price point. It sports a large 6.67-inch full HD+ Super AMOLED display with a 120 Hz refresh rate and 1200 nits of peak brightness, and 700 nits of typical brightness. It is powered by the very impressive Qualcomm Snapdragon 695, which is considered superior to the Snapdragon 765G and the MediaTek Dimensity 810, although a notch below the Snapdragon 778G that some devices are now sporting in this segment. It comes with RAM and storage combinations of 6 GB/ 128 GB, 8 GB/ 128 GB, and 8 GB/ 256 GB, with storage being expandable by 1 TB, courtesy of a hybrid SIM card slot.

There is a 5,000 mAh battery powering the device, with a super-fast charging 67W charger to top it up when needed. Round that off with a 108-megapixel main sensor that’s very similar to that seen on the Mi 10 flagship, stereo speakers, support for 5G, as well as MIUI 13 out of the box (albeit on Android 11), and the Redmi Note 11 Pro+ emerges as a very formidable spec warrior in its price segment. 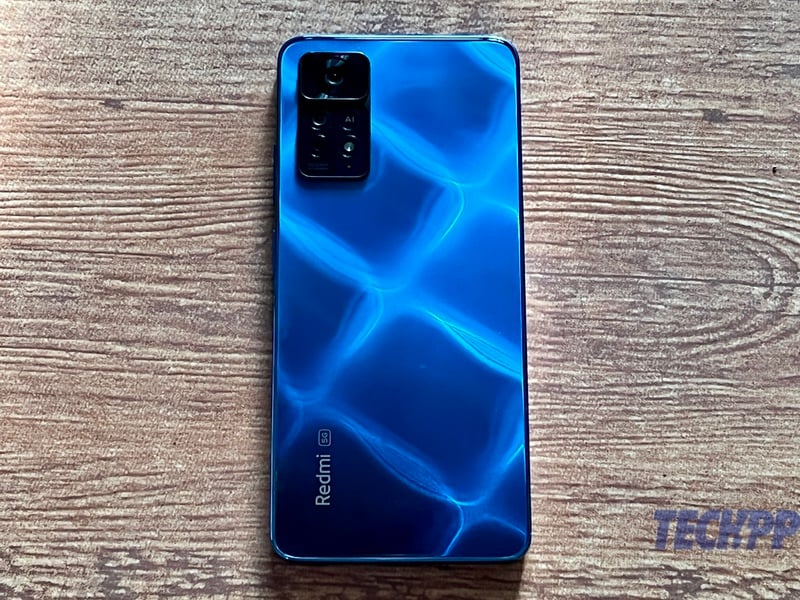 The Redmi Note 11 Pro+ is a typical Redmi Note in terms of sheer performance. It makes a virtue out of sheer consistency rather than pulling off jaw-droppingly spectacular feats. Reliability rather than revolution is the theme of this Note, and it plays it to perfection.

That bright, colorful display and stereo speaker combination make it a multimedia delight, great for watching shows or even reading text. It also makes gaming a very good experience once you have tweaked the settings of resource guzzling titles like Call of Duty and Asphalt. The Snapdragon 695, allied with all that RAM, ensures smooth multitasking and general usage. 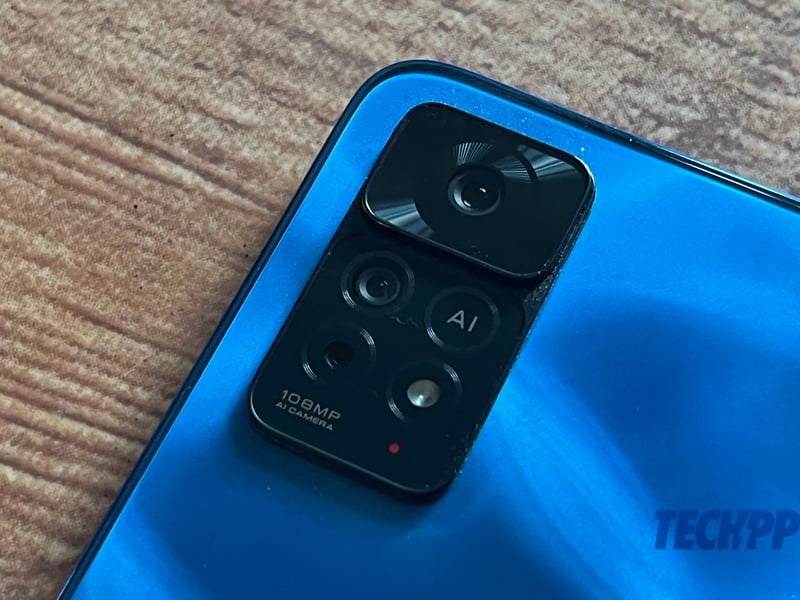 The 108-megapixel main camera delivers very good photography in good light conditions, with plenty of shooting options to let you do more. The colors might seem a little considering the color-pop culture most devices are into these days, but there is no shortage of detail, and if you are ready to invest some time, you can get some amazing pictures from the main sensor. That said, its performance fades in low light.

The 8-megapixel ultrawide is less useful. It gives you a wider perspective, but the details get compromised thanks to the camera’s lower resolution. The 2-megapixel macro camera is frankly a let-down and of very limited utility, especially when you consider how good the 5-megapixel macro sensors on some of the Note 10 series devices were. The absence of support for the 4K video is a little surprising, but the full HD video quality is decent enough, with lots of detail. The 16-megapixel selfie camera cannot resist the temptation to smoothen our skins no matter how often we tone down the beautification settings, but it still always serves selfies we would not mind sharing. 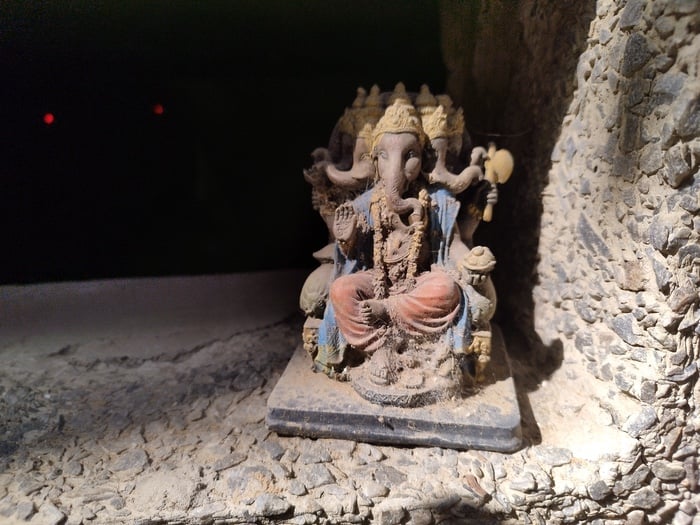 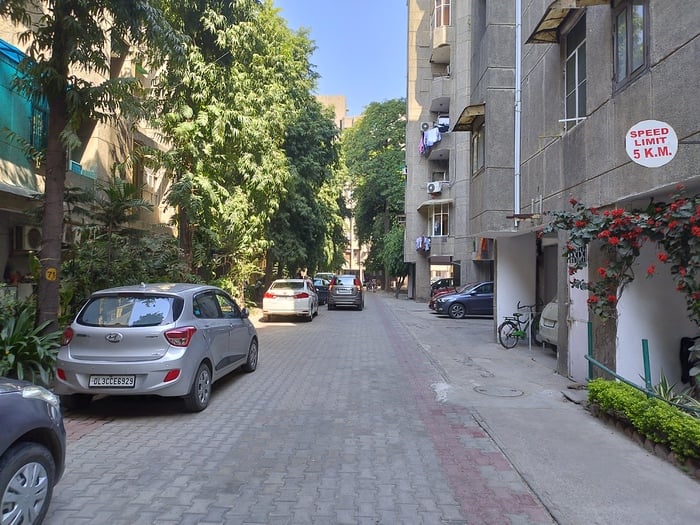 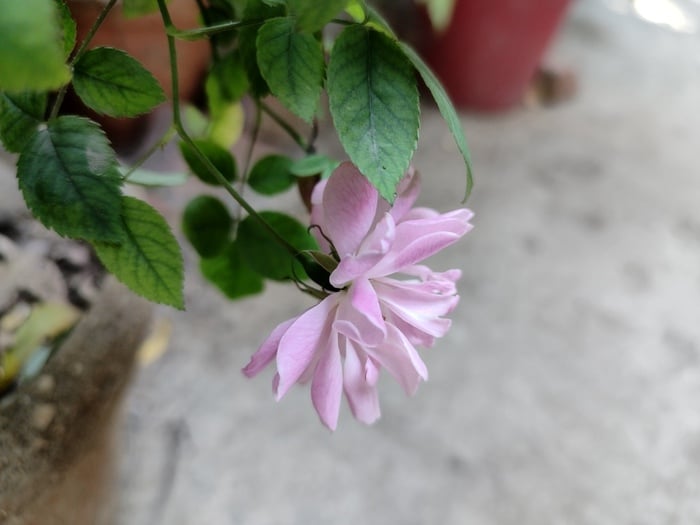 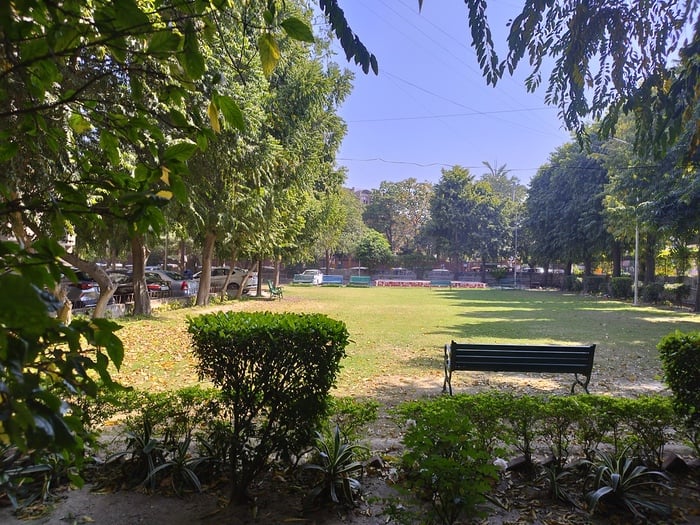 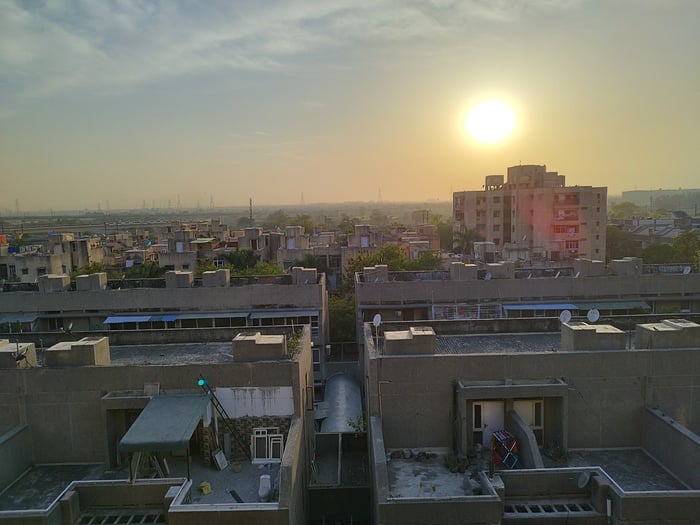 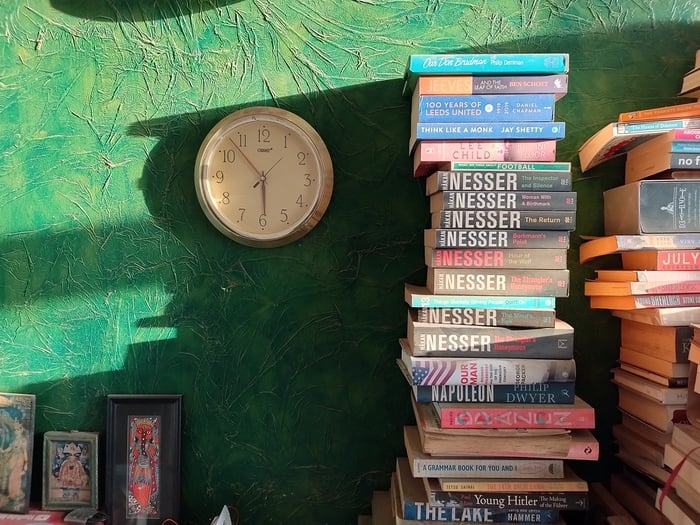 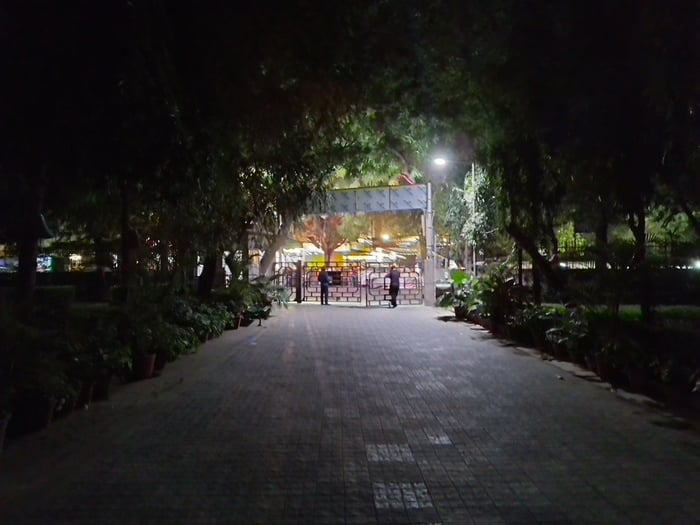 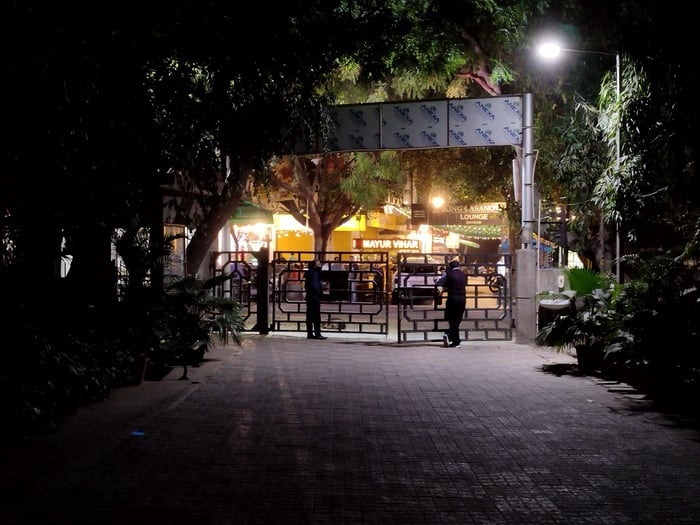 MIUI 13 runs smoothly on the phone, although it does so on top of Android 11, which is disappointing. There are additional apps and tools on the device but no ads in the interface. We have never really had a problem with feature-rich Android interfaces which allow you to do more, as long as they are not overwhelming, and MIUI is one of our favorites. Another favorite of ours is the fingerprint scanner on the side, which works very smoothly.

The Redmi Note 11 Pro+ gets through a day and a half of usage very comfortably, thanks to its 5,000 mAh battery. And that battery can actually be charged fully in about 45 minutes, thanks to the 67W charger in the box. You can even charge half the battery in about fifteen minutes. The presence of 5G is right now as token as that macro camera, but it will definitely reassure those who are hoping for the speedy arrival of that speedy network in India. 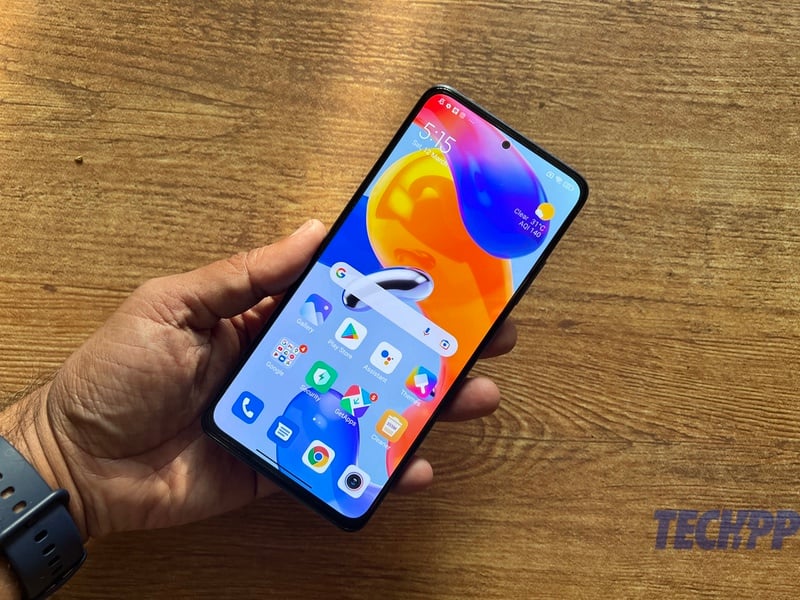 It does face some challenges, especially from the Realme 9 5G Speed Edition and the Realme 9 Pro 5G, both of which start at lower prices and come with compelling designs and good hardware. There’s also the Vivo T1, which offers a relatively powerful processor, and Android 12 at a much lower starting price. But all these devices end up giving ground to the Note on a number of fronts- all of them have LCD displays, inferior main cameras, single speakers, and lower battery charging speeds. As we said earlier, the Redmi Note 11 Pro+ is not a record-breaker, but it just does everything that matters very well. And for most mid-segment phone users, that often counts for much more than an impressive benchmark score or the odd spectacular snap or video.

The Redmi Note 11 Pro+ is very much the same old Note but in a new price zone.

Not spell-binding. Not sensational. And still unmatchable.

Review Overview
Was this article helpful?
YesNo
TechPP is supported by our audience. We may earn affiliate commissions from buying links on this site.
Read Next
Redmi Note 11T 5G Review: A Redmi Note 11, but not THE Redmi Note 11!
#Redmi #Redmi Note 11 Pro #review #xiaomi