iTunes 9 has just been announced at the Apple Rock and Roll event which is being held at the Yerba Buena Center for the Arts in San Francisco. All the rumors surrounding iTunes 9 have been proved right! 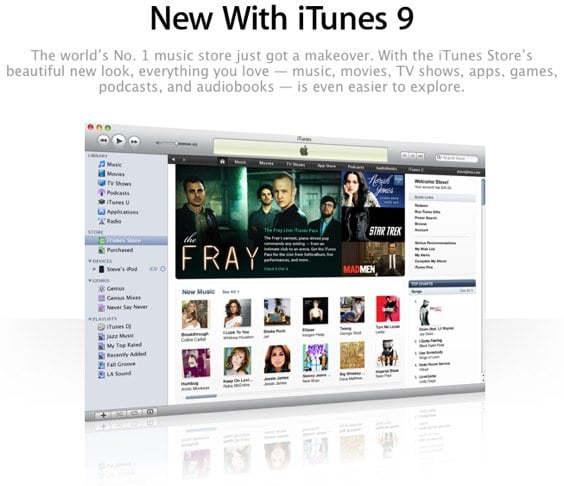 Loads of new features have been introduced which were long wanted by the users and several improvements and enhancements have been made it to the existing features present in iTunes 8.

# Improved store navigation, including persistent navigation menu.
# Full window iTunes store. For times when that sidebar is just too much.
# Previews from anywhere in the store — don’t have to drill down to preview.
# iTunes LP includes lyrics, liner notes, video, photos and “more.”
# iTunes Extras. It’s like DVD extras, but with iTunes.
# Genius Mixes. It’s like Genius Playlists, but it plays forever like a radio station.
# App management, letting you set up and arrange your home screens on the iPhone and iPod touch. You can drag and drop to move certain apps or whole pages of apps.

How to Change MAC Address on Mac and Windows
How to Manage Mac Startup Programs and Make Your Mac Boot…
Tenorshare 4DDiG: Quick and Reliable Data Recovery Software…
How to Install and Use Wget on Mac and Windows
TimeBolt: Auto Jump Cut and Remove Silence on Mac and…
7 Best Download Managers for Windows, macOS, and Linux In…