Earlier today we spoke about Google announcing the release of their much hyped Chrome OS source code and provided some exclusive Google Chrome OS Screenshots to get an idea on how it looks.

If you consider yourself as a Geek God and want to try out the Chrome OS yourself, you can download Google Chrome OS through torrents. The Chrome OS image from torrents can be run using VirtualBox from Sun. 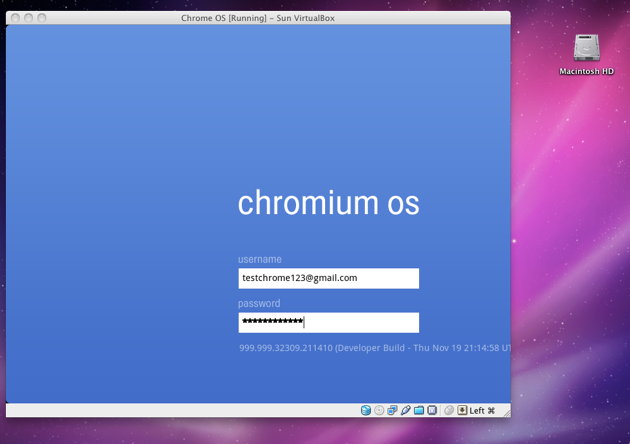 Once you are done downloading the torrent/GDGT build, read the step-by-step guide prepared by TechCrunch to install Chrome OS on your PC/Mac/Linux via the VirtualBox.

The default login to Chrome OS is your Google username and password. But my sincere suggestion is to create a dummy username on Google just for testing out the Chrome OS, so that you nullify any risk coming via torrents.

Was this article helpful?
YesNo
TechPP is supported by our audience. We may earn affiliate commissions from buying links on this site.
Read Next
How to Install Chrome OS Flex on Windows in Under 10 Minutes
#chrome os #Google Chrome OS #Google OS