Apple always gives the “Wow”, no matter what. And, with the launch of iPad 2, there is so much hype for that “Wow”. iPad 2 is seemingly creating a relatively extraordinary hype when compared to Honeycomb. Apple and Google are the two big companies leading the race in the tablet wars setting aside all other products. 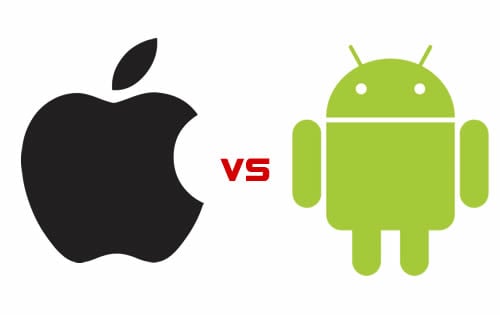 While Apple always is of its kind, Android is backed up by the big G. It won’t be a great deal for Android to win since Google is improving things a lot faster. iTunes is one of the major reasons why millions of people are seduced after the iPad (and it is also one of the factor for the craze for iPhone and iPod). If Google can offer competent opportunity for media downloads and distribution it can easily seduce a lot more people and can divert the Apple traffic too. You know what? It is not going to be hard for Google since Google just needs to work on the front end. Amazon could provide the media content.

Apple is over confident; or is it the fans who believe in Apple blindly? Compatibility is an un-known word in Apple’s dictionary. You cannot have replacements for software, file manager, browser plugins, non-approved software – nothing. And can you go with non-expandable storage with your device? With Apple you have to! Don’t you feel controlled or limited? Sure, at-least I do feel claustrophobic.

But imagine Google’s universal applications that come free of charge! Gmail, Calendar, Docs, Picasa, You Tube – all well established and has millions of users already. Google could actually leverage cloud computing with this army on hand; all its services are free.

Style is for sure one hell of an aspect Apple is arrogantly proud of. But it won’t be hard for Google to implement the mind blowing style! And, in addition, Google could actually provide almost free or dead cheap wireless data through the 700MHz spectrum it got hold of, while Apple will charge you $360 a year for this service.

The Droid tablets are already cheaper than the iPads with much more choices of services and applications; that is a big advantage as most people are taken back by the alarming prices when it comes to iPad and its accessories and services. Droid tablets have features such as – expandable memory, file manager, flash-supported browsing, multi-tasking capability, and camera. Apple will fail eventually, because it cannot update hardware without losing consumer confidence; it is tied to both hardware and software – but Droid isn’t. That is why Apple is choking software innovations like flash.

In this sense, Apple’s iPad seems to be nothing but an expensive toy and will never replace laptops even in 5 years from now, while Android tablets have already done that. They are as simplified as the iPad for basic usage and also provide advanced customizations for power users, developers and enterprises. Without satisfying this segment of people Apple can never make it. There is no point in user friendly design if only a small minority of consumers can benefit from the functionality.

In short, even though Apple has made an astonishing launch, Android has all the chances to win the war; but after one hell of a fight for sure.

Was this article helpful?
YesNo
TechPP is supported by our audience. We may earn affiliate commissions from buying links on this site.
Read Next
Alert! You’re Hiding Sensitive Information From Your Images on iPhone W...
#android #android vs ios #apple #Business Competition #tablet war #Technology