Remember that rumor we had just before the Galaxy Nexus launch? Yes, about a possible Google Nexus tablet to be announced along with the Galaxy Nexus, which never happened. Well, CNET has some new rumors about the same. 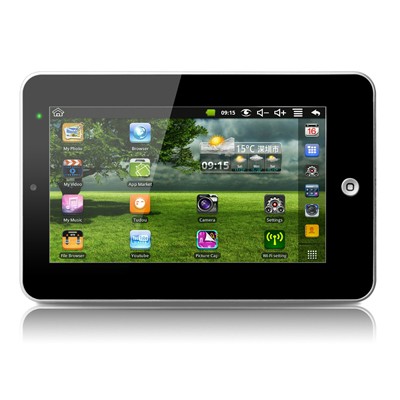 According to DisplaySearch analyst Richard Shim, the Google Nexus tab will enter production in April and initially around 1.5 to 2 million units will be produced. He also gave some details about the possible specifications of the Google tablet. It will have a 1280×800 resolution 7-inch display as compared to Amazon Kindle Fire‘s 1024×600 display (7-incher again). To compete better with Kindle Fire, the Google tablet will run Android 4.0 “Ice Cream Sandwich” and be priced around $199 as well.

Google though, is mum on these developments and understandably so. Our source had spoken about a dockable tablet (much like PadPhone) back in October 2011. We cannot rule out that, though things are slightly different now. It will be interesting to know the developments in smaller tablet market, specially considering the rumors surrounding the iPad mini.