Even if you plan to watch them from home, or if you are eagerly waiting to get on that flight and go to London, there are some things you will need. Luckily, your Android smartphone can provide you with the help you need in keeping track of the Summer Olympics. From news coverage to videos and calendar and many more, this trusty companion will be at your side giving you all the information you need. 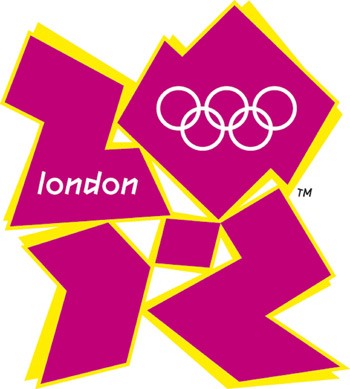 For those of you who will be attending the Summer Olympics live in London, you will be needing lots of help getting around one of the biggest metropolis in the world. And even with all the infrastructure that is being built to accommodate all the tourists that will be coming in that period, new train lines and underground lines, easier routes to the Olympic Stadium and so forth, you will still need some help getting around.

And because your Android smartphone will not be something you will leave at home, we’ve decided to get you started with a few apps that might come in handy once you are there. 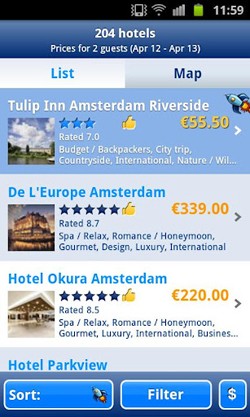 It might seem strange that I would add Booking.com to a countdown of London’s Summer Olympics apps, but think about all of those who will come from all over the world in that period. They will need a good app to find a place to stay. And for finding and booking hotel rooms, there is no app better than Booking.com. The very best in online searching and booking! It was featured in our article about Android travel apps, as well. 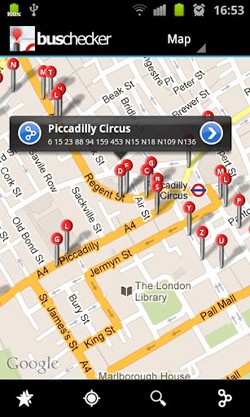 London’s buses are famous around the world. Those red double decker buses we see in movies and on TV have become part of London’s heritage. And with such a well developed public transport system, with more than 200,000 bus stops and thousands of buses and routes, it can be a daunting task to find your way around the city. And London Bus Checker comes to the rescue with any information you might need, from routes to when are buses due to arrive and every other information you might need about London’s buses. 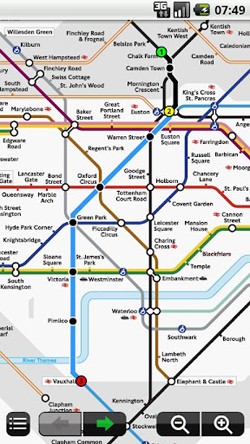 It’s a well known fact that London has one of the best and extensive Underground networks in the world. And for better use of that network, you will need this tool that allows you to access information about trains, routes and everything else. A great feature of this app is that it works via GPS, even when underground. A great tool to have to ensure that you won’t get lost when going to the 2012 Summer Olympics. 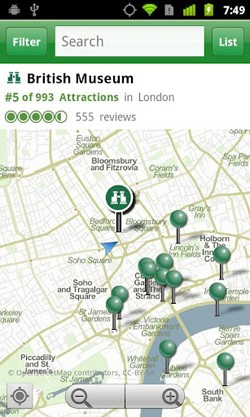 TripAdvisor brings us a great tool to have when going to London. This city guide has all the information you need about the city. Restaurants, points of interest, tours and much more, all available on one great app. Also, it works offline and it can use your GPS receiver to track you around the city and point you to wherever you need to get to. A great app to have if you plan on doing some sightseeing “when in London”. 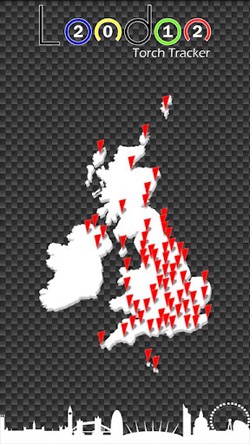 It was announced that the Olympic Flame will come within 10 miles of up to 95% of people in the UK. That means that wherever you live in the UK, the Olympic Torch will most certainly be near you at some point. And if you want to go see it, then this app is what you need to get there. In the 70 days the Torch will be carried around the the UK, using London 2012 Torch Tracker you will be able to find out exactly where it is and how far it is from you.

5. Olympic News Around the Rings 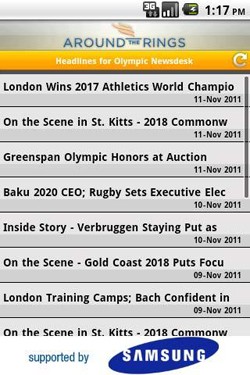 Around the Rings is the world’s leading news source for the Olympic Games. And this year it will definitely come in handy for everyone who wants to know first hand what’s going on in London. This app will give complete coverage of the 2012 London Olympics and with it you will have the possibility to view news articles and see pictures directly from the middle of the action. 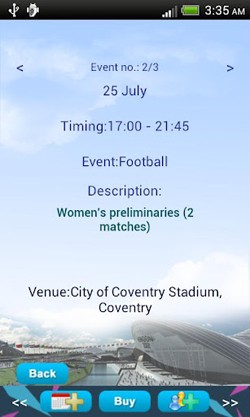 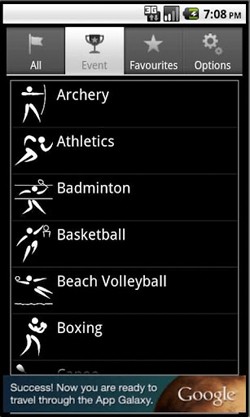 The best way to keep track of the Olympic Games calendar this summer is using this cool app that gives you a chronological list of all the events presented in the 2012 Summer Olympics. Also, you can browse through the categories and select your favorite sports and see when they will take place and also, for each discipline there will be included a few notes such as the current world record and the record holder, pictures and the gold medal holder. 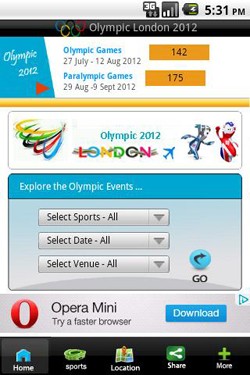 London 2012 Olympic Schedule gives you a complete calendar of the Olympic Games from this Summer with some detailed information as well for each event. You can browse events, dates or see a detailed map of every event. Also, the app gives you the possibility to share the schedule with your friends via Facebook or Gmail. A great app to carry around with you at the Olympic Games in London. 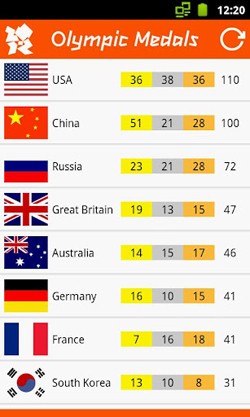 Keep record of each country and its medals, simple and with only a few touches. Olympic Medals gives you a top of all the countries and how many gold, silver or bronze medals each country has won and also how many days there are left in the Olympic Games for your country to get back on the top position.

Now you are all set to get to the Olympic Games in London and with all these tools on your Android Device at your disposal, you will definitely have a great time. Just remember to tell your friends what you’ve seen there and cheer for your national athletes representing your country!

Was this article helpful?
YesNo
TechPP is supported by our audience. We may earn affiliate commissions from buying links on this site.
Read Next
10 Best Drawing Apps for Android [2023]: Paint & Draw Like a Pro
#android apps #London Olympics