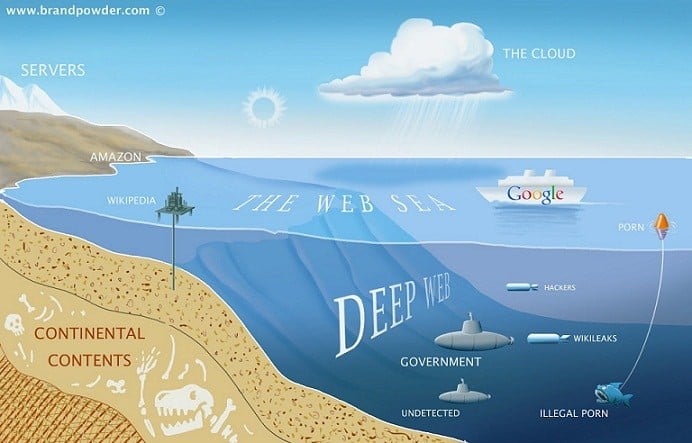 We are used to believe that what we see represents the ultimate truth. But, in many cases, what we see is only the tip of the iceberg, the bigger part being hidden or hard to discover. Such is the case with the Internet, or the Web. For many out there, the Internet’s main piece is represented by Google and other search engines, as these are the main tools to obtain information from various websites.

What we know about the Internet is what website or database owners allow us to know. This is known and referred to as the Surface Web and represents that part of the web that is indexed by search engines. What doesn’t get indexed because its owners want to keep the information private and discrete is called the Deep Web (other synonyms: Deepnet, Invisible Web, Undernet, Hidden Web) and it actually represents the bigger part of the iceberg. What we know and see is only its tip.

The Deep and Invisible Web

One of the most interesting definitions for the Invisible Web comes from Mike Bergman, founder of BrightPlanet:

searching on the Internet today can be compared to dragging a net across the surface of the ocean: a great deal may be caught in the net, but there is a wealth of information that is deep and therefore missed

The Deep Web is also consisted of websites that require registrations and login, limited or scripted content and even websites that don’t have any hyperlinks pointing to them. From my point of view, a big part of the Deep Web should be perceived as the “undiscovered web”. It is thought that the Deep Web is the place where people use anonymity to share viruses and take part in other illegal activities such as forbidden types of pornography.

Related Article: How to do Anonymous Web Surfing

But the Deep or Invisible Web can be browsed. Meet The Onion Router or Tor. It represents an American volunteer-run project based on free software that offers anonymous online communication. You’d be surprised to find out that many who use Tor are secret service “field agents”, “law enforcement officers”. Tor allows:

officials to surf questionable websites and services without leaving tell-tale tracks, but also “activists and whistleblowers”, for example “environmental groups [who] are increasingly falling under surveillance in the US under laws meant to protect against terrorism”. Tor, in short, is used both by the American state and by some of its fiercest opponents. On the hidden internet, political life can be as labyrinthine as in a novel by Thomas Pynchon.

Interesting stats about the Hidden Web

For some, the hidden web is a great occasion to be able to surf anonymously, if they were to use such a tool as Tor. But for others, it represents the perfect environment to launch virus attacks or to do other illegal activities. As we’ve seen, it is even used by secret agents in their activities, so that they won’t leave tracks. Here are some more interesting stats about it 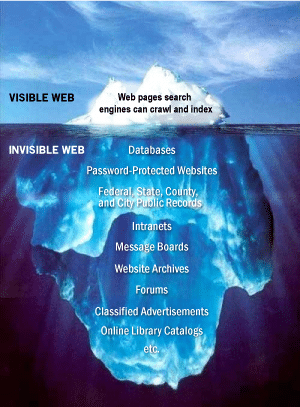 Under the Surface Web we don’t find only the activity of hackers, drug dealers, assassins, government agents, terrorists, perverts or FBI agents but there’s also valuable information coming from:

The Hidden Web has made possible the appearance of WikiLeaks, for example. This article has some more interesting information about the Deep Web. Now you know – what you see is on the Internet is not everything, there’s much more to it but be careful what you’re doing. If you have dark thoughts on your mind, then you better leave them because, as anonymous as the Deep Web might not be, the government can still catch you. I suggest to go under the Surface of the Web to discover interesting work of scientists or to participate at “underground” discussions.

Was this article helpful?
YesNo
TechPP is supported by our audience. We may earn affiliate commissions from buying links on this site.
Read Next
How to Find the Best Internet for Students in 2022 [Tips]
#internet