iPhone 5 is here, alright, even if I didn’t believe right until I saw that 5 shadow on their announcement that they’ll decide to go with that name. What surprised me a few minutes ago as I was following the event live was the fact that they announced the iPhone to be “world’s thinnest smartphone”. Wait, what? From what I know, the iPhone 5 is not the world’s thinnest smartphone because that title already belongs to a smartphone from, ummm, China. 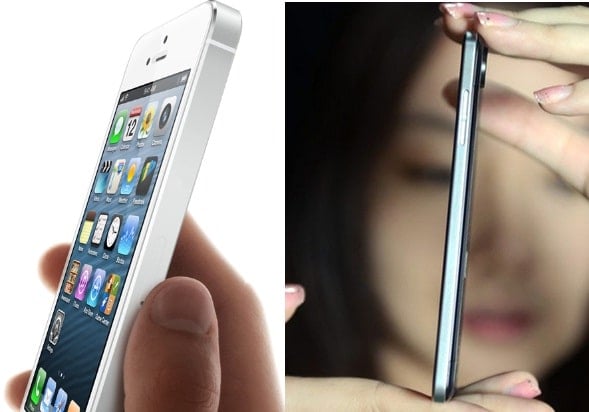 The sixth-generation of the iPhone is only 7.6 mm thin, but that is 1.05 mm thicker than Oppo Finder, world’s truly thinnest smartphone! Have a look at the video below and see for yourself.

This is quite a mistake done by Apple and I’m really curious to see whether the consumers will notice this. And if you believe Oppo Finder is just some sort of a cheap Chinese clone, think again, because this Eastern baby comes with a 4.3 inch Super AMOLED Plus Screen, 1.5 Ghz dual-core processor, 8 MP rear camera, 1GB of ROM. Currently, the phone retails for $479.

What’s even more interesting is that there are more smartphones that are thinner than the iPhone 5, and that’s besides the Oppo Finder. While in Barcelona at the MWC, I had the chance to play around with the Huawei Ascend P1 S, which is only 6.68 mm thin, that’s almost as thin as the Oppo Finder! Add to that Motorola’s Droid Razr, which Googorola also used to brand as the thinnest 4G Android smartphone! I would’ve understood that Apple might not have heard about the Oppo Finder, but what about these two smartphones that come from big names in the industry?

Oh Apple, you made a boo-boo!

Update: Gabriel Proulx makes a good point about humps and bumps in these phones. But Oppo Finder is just 7.1mm thick even at its thickest point. Surprisingly, a Chinese website had put up the comparison pics almost a week back. iPhone 5 is truly the most leaked iPhone ever! 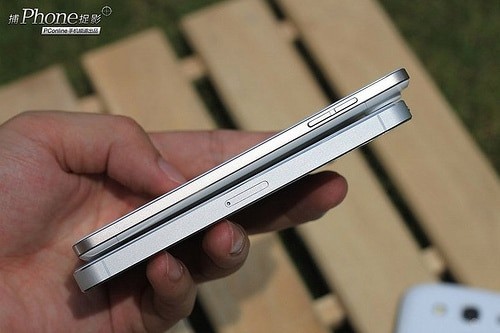 Was this article helpful?
YesNo
TechPP is supported by our audience. We may earn affiliate commissions from buying links on this site.
Read Next
How to Make the iPhone Always On Display Darker or Just Disable It
#apple #iphone 5