Microsoft has finally revealed the pricing for their Surface RT tablet. It starts at $499 for the 32GB version, but will not come with that ultra-cool Touch cover. Those who want one, would need to pay $100 more (that’s right, $100 for Touch cover). The bigger 64GB version will cost $699 (with Touch cover).

It’s been four months since Microsoft announced the Surface tablets. There was a lot of drama surrounding the announcement back then. Microsoft had not let anyone play with the tablet and of course, they had kept the pricing under wraps as well. Now that we are just a few days away from the official Windows 8 launch, we are seeing a flurry of activities and announcements from Microsoft. 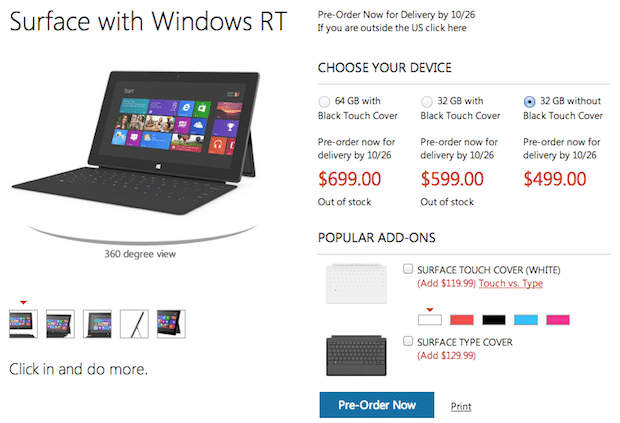 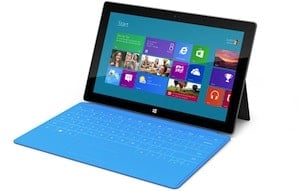 Microsoft is betting big on Surface tablets and plan to eat into Apple’s pie in tablet marketshare. For raw price comparison, 16GB WiFi only version of the new iPad starts at $499, while the 3G+WiFi version starts at $629. Microsoft Surface won’t come with 3G, which can be a deal breaker for some people.