Safety is probably everyone’s top concern. Be it for them or for the people around them, it is a natural instinct that everyone has and thanks to technology and the day by day advancements that it gives us, we are now one step closer to making our roads safe to drive on. Of course, we already have self parking cars and video cameras installed in some of the most recent models, but not all of them benefit from the same level of protection.

One security feature that every car could be outfitted with, regardless of the model of the car is something that most of you already have: a smartphone. Or, to be more specific, a smartphone with some safety apps that will help you drive safer. 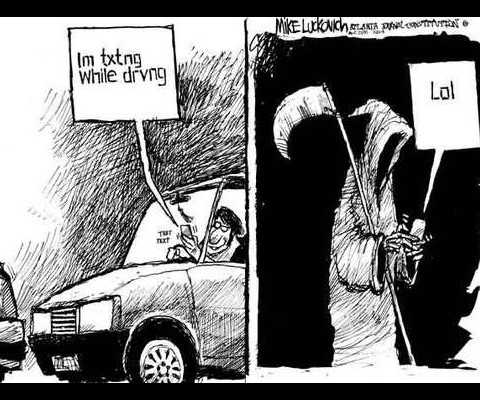 Of course, using such apps will not allow you to kick back and let the car drive you, but what they can do is make you drive more carefully and be more vigilent when at the wheel. One modern day danger and cause of many traffic accidents is texting while driving. Most drivers have, at one point, read a text message or email while driving, and this kind of mistake can lead to terrible consequences. Hopefully, these apps will allow you to keep safe while driving and allow you to focus on the road. 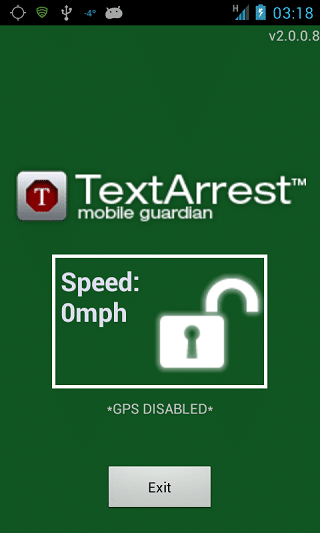 Although the app has been abandoned and it will not receive any more updates in the near future (unless the developer changes his mind), TextArrest is still a great tool for Android users. This app could be considered the spark that ignited this safe driving app development, and it can still do its job like in the first day.

What the app can do is block text alerts and emails and reply with a message letting the one who sent the message that the driver cannot answer at the moment. Although the app lacks other features, this is still a good app that delivers exactly what it promises and nothing more. 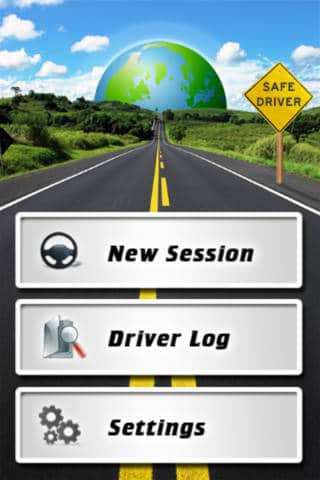 Although this app has not many features that actively make driving safer, apart from the SMS and email blocking, it can still be considered an excellent tool for learning how to drive responsibly and safer. When the app is started (it has to be started manually), it will record the driver’s route, speed, turns (for sensing the turns and breaks, the app uses the integrated accelerometer and gyroscope to measure the G Force that the phone is subjected to).

All this information is recorded and stored on the device and after the journey is complete, the driver can inspect the report and see what mistakes he has done while driving. Also, if you install this app on a phone that you want to monitor, the app will be able to send a text message or email each time a violation of the rules (speed or hard turns/breaks) has been registered. 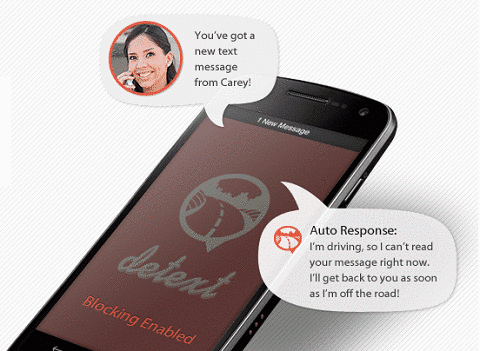 This app is especially perfect for parents who want to know how their kids are driving, but it can also be used by anyone to block incoming emails and text messages or calls while driving. The best aspect of the app is that you will never forget to turn it on, because it will use the GPS feature of your smartphone to determine if you are driving or not.

The app will automatically start when you start driving and will allow you to focus on the road but also notify you if you go over the speed limit. The app will also track your driving and parents can see from the Detext website where their child is and how fast is he driving. At the moment, each account can track one smartphone, but in the near future, those who want to protect their entire families will be allowed to link up to 5 devices. The app is available in US & Canada only. 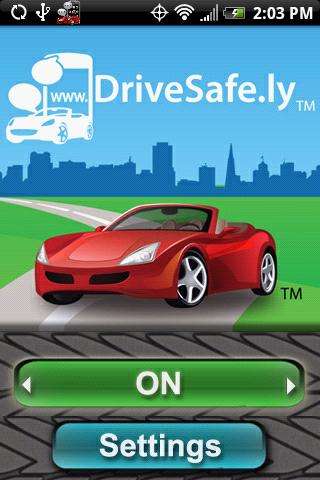 This system will allow drivers to keep their hands on the wheel and their eyes on the road by transforming their messages into audio. The app will read the messages and then dictate them to the driver, so he can hear all his messages. Although traditional blocking works pretty good, sometimes it’s better to know what people want to say to you, maybe it’s a very important message.

Also, after reading the message, the app will automatically send the person trying to contact the driver a message, letting them know that he is driving and cannot answer right away. Although we would have liked to see a dictation feature that allows the driver to dictate a reply, the service is still awesome and it is worth implementing. 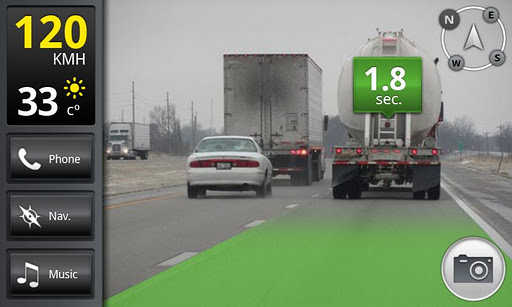 Of all the apps featured here, iOnRoad has the biggest potential of making you drive more carefully and therefore, safer. The app uses augmented reality, the technology that allows your device to “see” what is in front of it and add information to that image. This way, the app is seeing the other cars on the road and by using a combination of GPS, accelerometer and smartphone camera, it can measure the distance between your car and the one in front.

This way, the app lets you know when you are getting too close to the car in front and it will issue a warning on the screen, accompanied by a sound alert. Also, the app can block text messages, calls and emails from distracting the driver, and it can also run in background, so you can use the navigation app if needed.

We strongly encourage every driver to use at least one of these apps, which can be a terrific asset to your smartphone when driving. Keep in mind that by texting/calling and driving, you putting your life at risk, as well as the lives of other in the car or on the motorway. Also, if anyone uses any other apps for helping drivers have safer commutes, please let us know by leaving a comment.

3 Ways to Boot into Windows 11 Safe Mode [How to Guide]
Best Hola Alternative? 5 FREE, Safe and Similar VPNs in 2022
PUBG Mobile Banned in India along with 117 other Chinese…
Evernote vs Notion: a detailed comparison of the two top…
Top 6 Phone Tracker Apps with GPS Tracking in 2022
Top 5 Companion Apps You Must Try with Amazfit Watches in…