How to Strengthen the Wi-Fi Signal

With so many interesting gadgets being introduced in the past few months, like products based on the Near Field Audio technology, wireless charging platforms and even the same concept integrated into smartphones, we can safely assume that wireless is the word of 2013. Many wired setups can be completely replaced with wave solutions, and perhaps the most notorious of all is the Internet itself.

Wi-Fi routers, otherwise known or referred to as wireless access points, have the advantage of transmitting high amounts of information without any wires, at all. Obviously, the bad part comes with the quality and strength of the signal, which is often disrupted by regular household items or simply by a poor layout of the system. So, in the following lines, we’ll take a short trip and talk about the best practices to boost and strengthen Wi-Fi signal. 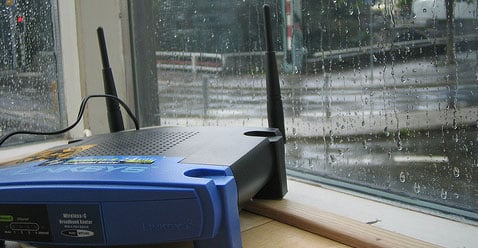 Wi-Fi technology usually makes use of the 2.4 GHz radio band to transmit signal (some systems also use 5 GHz for the job), a band which has certain limitations and specifications. Although the quality of the transfer and the sheer speed is influenced by several factors, including coding technology, the number of channels permitted and so on, the main disadvantage is presented by path loss.

Path loss normally includes propagation losses of the wave through space, caused by objects which are not transparent to electromagnetic waves. Although path loss has many forms, it’s good to know that many items encountered in basic home layouts can disrupt the signal.

Usually, the most disruptive items are solid things like walls, trees (because of the water found in leafs) and any other item that is constructed from metal (waves are reflected by the material). Bearing that in mind, let’s take a look on what you can do to improve Wi-Fi quality.

Just like marketers say, location is one of the most important factors in the business – although this time we are facing radio waves and not sales. To boost wireless signal, place the router in ideal conditions, from where clients can easily pick up the network and without having to pass through dangerous objects, like microwave ovens or TV sets.

The best practice is to place the router in a central part of the room, where it can be reached from various directions. Keep in mind that if you place its antenna too near to a wall, its signal will be greatly diminished from that direction and sometimes amplified in the opposite. Also, to maximize potential for the second floor, the router must be placed near the ceiling. 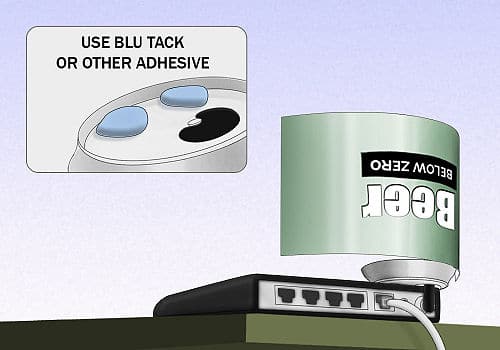 For those times when the wireless signal must be directed towards a single direction and a unidirectional antenna is too much to afford, improvisations can be done. For instance, WikiHow shows us how to make a Wi-Fi booster out of a simple, tin beer can. In a few words, you will have to cut the edges of the can and use its curved shape to redirect the waves of the antenna, from one point to another.

Just like conventional radio stations, Wi-Fi routers transmit and receive on channels. Usually, routers chose the optimal channel for transmitting the signal but deaf, cheaper choices are not able to make such decisions. Thus, manually changing the channel can prove to be the savior.

This is done mostly because the 2.4 GHz band, used by most routers to transmit signal, is also utilized by various other devices such as Bluetooth headsets, cordless phones, baby monitors, microwave ovens and other Wi-Fi products, creating a very crowded environment.

Changing a router’s channel can be done from the official configuration page, usually accessible at a pre-defined link. This can be found in the equipment’s own manual or, online. Here’s a short list for the most well-known manufacturers:

Bear in mind that by manually changing the Wi-Fi channel, without having knowledge on what is found on that channel can resort to sub-optimal results. For better knowledge of the decision, we recommend programs like inSSIDer , which give an adequate view of the network and show users, in straight-forward graphics, which are the most crowded channels and which not.

As with any other electronic product that relies on software to operate, updating the firmware may sometime improve Wi-Fi signal and many other factors. Usually, manufacturers release new versions which include a couple of bug fixes, new features but also improvements in the overall performance.

While most business-orientated products advertise notifications when a new firmware version is available, the wide majority of home routers remain silent. In order to update the software, check the official page of the manufacturer and search for your own model. Afterwards, the process is usually made up by downloading the newer version and then, by manually uploading the package.

Another tactic is to update the driver of the network card, for each computer used to connect. This can be usually be done by following Microsoft’s own steps for Windows 7 / Vista or, through the following steps: 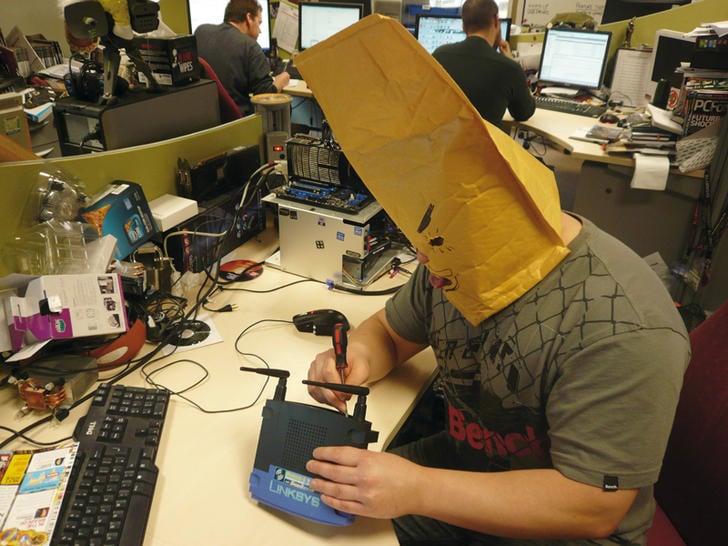 When all free variants fail, there is another way to improve performances of a Wi-Fi router. Just like in a regular smartphone, installing some nifty programs will imbue the device with unofficial properties, depending on the model. A good example of such a program is DD-WRT, an open-source software which is well-known to revamp router performances.

Typically, by installing DD-WRT, the router will gain an extended feature set which may, in some cases, directly affect connection speed, signal strength, load balancing possibilities and multi-channel transmission. Also, another clever thing that DD-WRT lets the router do is to change the transmitting frequency, from 2.4 GHz to 5 GHz. This band is way clearer and because it’s only used by advanced routers, it will guarantee offer better speeds.

The bad part is that not all routers support the enhancement, benefits are not guaranteed for every case and with most companies, such a move will absolutely void the warranty. Before you head towards this direction, be sure to research first. 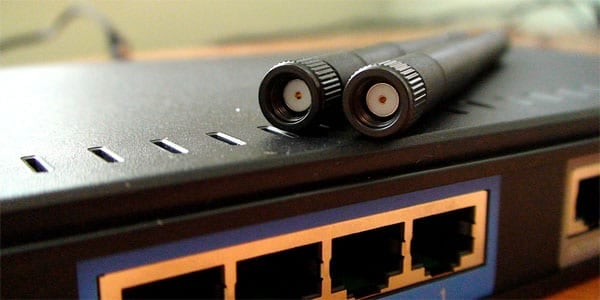 After trying all the cheaper variants, probably the best way to strengthen Wi-Fi signal is to extend its reach. Usually, this can be done in two major ways: using another antenna, as a repeater, or using another router, as a secondary access point. While the first variant is, in most cases, the cheapest, the second one will increase redundancy and performance in the network, because you have another device to take over the extra computational task. As a personal recommendation, go for an antenna if there are few users in the network and for a router, otherwise.

Purchasing another antenna can set you back anywhere from $10 to a lot, depending on the type you want. A router’s antenna is usually omnidirectional, meaning that the waves will propagate in all directions but with low efficiency and strength. Choosing this variant can prove successful for those who want a better signal on a secondary floor or out in the garden, but if you are looking to improve wireless signal in one direction, a high gain antenna is the best options.

High gain antennas direct the signal in one direction and receive signal from the same path. Although secondary lobs exist, they are ideal for cases when the router is placed in the middle of the house, and you need a strong signal in the living room, where you hang around mostly. 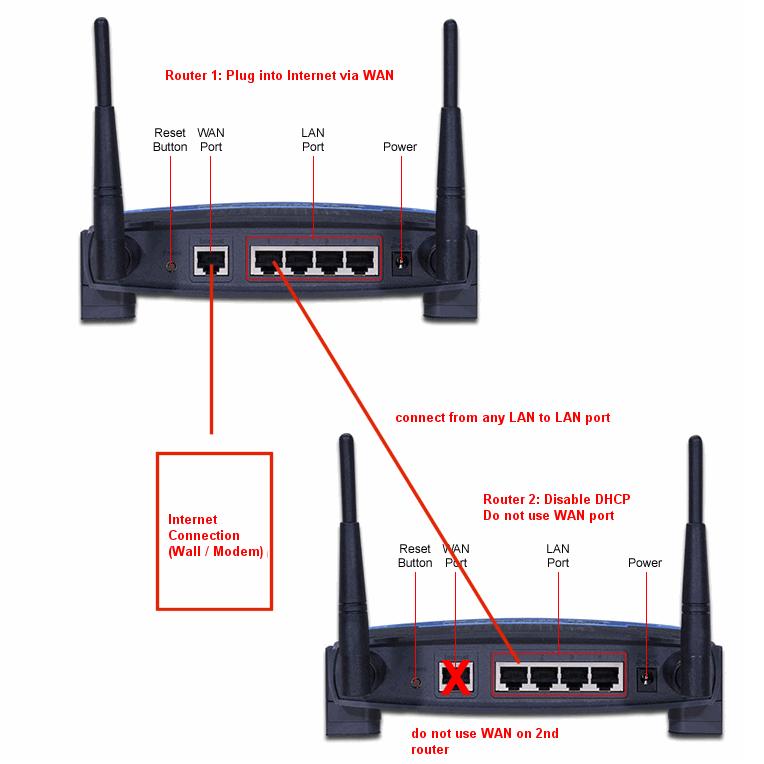 The second choice, as we’ve mentioned earlier, is to employ another router. To do so, you need to connect the second router’s LAN port to a port of the same family in the primary router, using a typical UTP cable. All other connections should be left as they were.

These configuration steps are usually not needed, because most routers can do it from their friendly interface, using repeater or access point modes. Another variant would be to actually purchase repeaters or extenders, but these gadgets are usually over-priced. 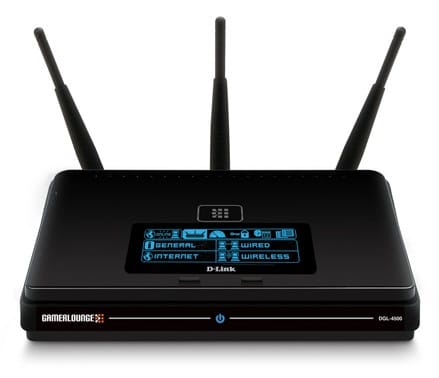 When all of the above fail, the best option is to purchase better devices. Upgrading a router can be done from the same class, with a product that supports better throughput per port, or, if you are truly looking to revamp things, go for a 802.11n device.

The latest standard in wireless connectivity ensures better connectivity because it makes use, by default, of the 5 GHz band which enjoys a less crowded spectrum and better speed. In some instances, the coverage of these routers may seem limited in opened areas, when compared to legacy gadgets, but in most cases the offer better performance.

When purchasing an 802.11n router, make sure to have a network card that supports the standard (if not, USB adapters can be acquired for not so much).

How to Find Wi-Fi Password on Windows 11
Read Next