Regarded by some as the innovation of 2012, Google Now wants to be a hit in 2013, as well, by expanding beyond Android. If this is not a a gauntlet that Google is throwing down in front of Apple’s Siri, then I don’t know what it is. Google Now also makes use of another new project that Google has been developing in its secret laboratories: Knowledge Graph. The “cards” that Google Now passively displays, according to your search habits, use the information from Knowledge Graph.

But if you already know how awesome Google Now is, – and if you have an Android phone with Jelly Bean then you should now – then you understand the excitement behind bringing Google Now to other OS platforms. Google Now is the awesome feature that shows you search results without you having to look for them. Sure, this brings up again the issue of tracking and privacy, but if we believe Google abides by its motto (don’t be evil), this shouldn’t harm us that much. 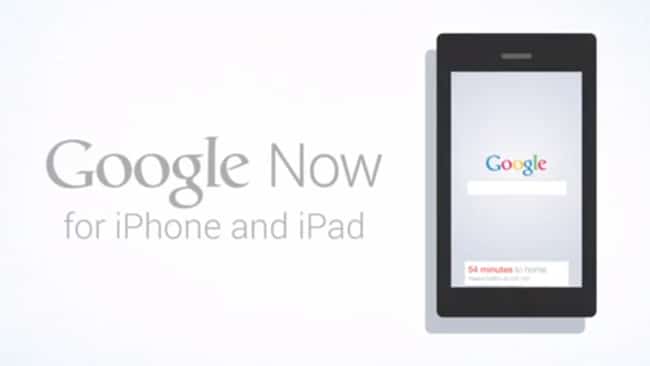 As we are all already used to it, a leak is usually enough to fire up discussions and to make early judgments. And when the leak seems to be very genuine, like it’s the case right now, many of us take it for granted. Engadget was tipped off to a YouTube video that was displaying Google Now for iOS. Unsurprisingly, the video was shortly removed, but not quick enough for the online media to totally miss out. Have a look at both videos, the leaked one and the original Google Now and judge for yourself if this is a well-made, yet phony video or a genuine one.

We can see that its the same voice and the promotional video is done in the same style, maybe too similar to the first one, to be frank. And it’s difficult to think that somebody could reproduce the exact voice, make a video that could appear similar to the first one just for … fun? Or has Google intentionally let this through, to prepare users for what’s coming? And I find it even harder to believe that the hint of Google Now coming to Chrome is a coincidence.

We have previously assumed (December 2012) that Google Now was bound to arrive on the Chrome browser and the Chrome operating system. The assumptions and discussions around this have intensified when we spotted a new, important feature in the Chrome OS – the Notifications Galore. Stephen Shankland with Cnet makes a valid point, connecting this feature and the upcoming Google Now:

The infrastructure dovetails with a new rich notification system being built into Chrome and Chrome OS, a mechanism that will let developers use HTML-formatted pop-ups. That will be handy for Google Now notifications, which often display graphics like maps and weather icons

But it was François Beaufort, a curious French developer known to discover various bugs & leaks, that found the Chrome flag which shows a clear reference to the coming of Google Now to the Chrome browser.

If coding doesn’t scare you as much as it scares me and if you know your way around Chromium, try and find it here or here. If not, then simply please yourself with the picture below.

Ok, but where does Windows 8 come in? If you will look carefully on the Chromium Code thread, then you will find the following:

Google Now component extension now can be turned on via chrome://flags. The server name needs to be set manually in JS debugger via local memory. TEST=Enable the extension via chrome://flags, set the server via local memory, restart, make sure cards appear. Check this on CrOS and Windows. When this starts working in Canary, set it up to see cards, wait till next day, update Canary to the next version, make sure cards appear on (1) the first start after the update; (2) following starts. 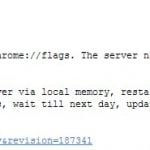 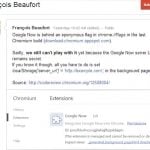 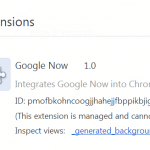 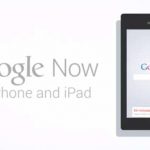 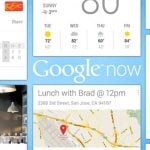 What else than Chrome OS could CrOS mean? And if this is going to Windows, it’s obviously going to Windows 8, not older versions, right? And it makes sense to give such a tool to Windows 8 and Windows RT users – since they are always on the go, Google Now will prove to be a very useful tool for them.

Siri needs to smarten up

Google Now is going to appear on Windows 8, Chrome, Chrome OS and iOS, thus becoming a central tool in our daily lives. You won’t even realize it when you will become dependent on the “cards” Google Now will passively and intelligently fetch you. Google Now will complete the Search app and function in a brilliant way and you won’t even notice when you won’t care anymore about the fact that Google knows so many things about you. You’ll become so addicted to using Google Now that you’ll embrace the technology without asking any questions.

So, the big question remains, what can Apple do? Well, it has only one choice – to innovate, innovate and innovate. We don’t know what rabbit is Apple going to pull out of its bottomless hat, but if their magic trick fails, we will all boo. Google’s doing great, embedding its search engine in our daily lives, making us need, love and look after it. Just look how many things Google Now can do now (pun intended). Google Now will expand to Windows, as well, one thing which Apple can’t do because they are special and closed. Let’s see what Siri has to say.

How to Change the Default Finder Folder on Mac [Guide]
Read Next
Source: Engadget

iOS 16 Features: Every Major Feature Coming to Your iPhone
Get ready! Those bezels could be coming back, courtesy Pixel…
iQOO coming with India’s first Snapdragon 865 and 5G phone…
Here's why Soli Motion Sense Technology on Pixel 4 is not…
Android 12 Beta: Everything Coming to the Latest Android…
Jio-FB Deal: Is a WhatsApp Phone Coming Soon?