Use DriveDroid to Boot Any OS from Android Devices

When the computer is misbehaving and you realize that your trusty anti-virus was almost blind against attacks, the only thing left to do is to format, and reinstall the operating system. Be it Mac OS X, Windows or any variant of Linux, most users count on bootable CDs to perform the task. Although this is the safest and usually, the simplest option, it’s fairly complicated to have a CD at-hand any time when bad things happen.

Thanks to FrozenCow, a proud XDA member, Android users can now store bootable images of any operating system, right on their Android device. Using DriveDroid, a smart application which can be easily found on Google Play, these images can then be deployed on the damaged computer and used for booting. Although the principle is rather simple, owners needing only to create a USB bootable image, developers warn that not all platforms are compatible with this software. 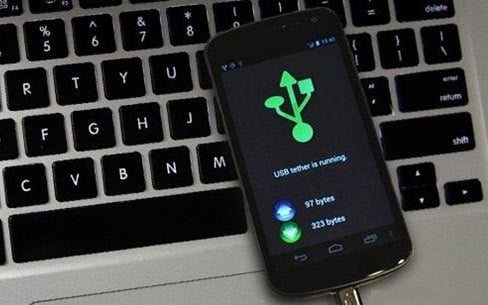 DriveDroid was created to quickly allow developers to recover a malfunctioning computer. Although the application is still in an early stage of development, it works pretty nice and relies on .IMG or .ISO files to complete the process. Another thing worth adding is that not all system images are compatible with the application and you must first find if the desired operating system is compatible with USB drives (from my own experience, Windows and plenty Linux variants are).

In theory, an Android device paired with the software will virtually emulate a USB-drive, which should be recognizable by the PC end. In order to make matters even more accessible, DriveDroid comes with a pre-defined list of compatible operating system, which can be downloaded straight on the device. Although trying one of these images will be pretty simple, because they are already baked into the appropriate format and do not require any further tweaking, the list is somewhat limited to free versions only (mostly Linux-based).

How to boot your own image 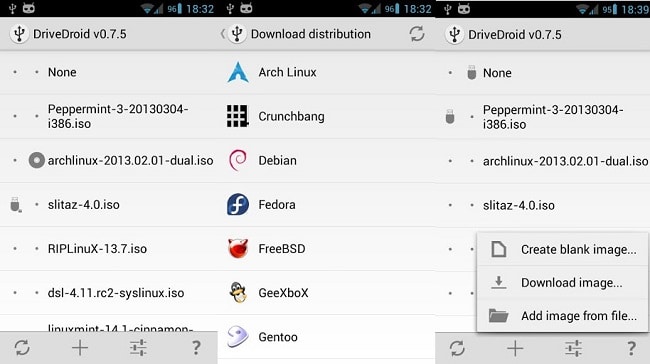 Those who wish to boot their own operating and paid version, like Windows or Mac OS X, will have to manually download the image file and then connect the Android device to a computer, using the regular USB cable. After transferring the image above on the SD card, you must select the file from the DriveDroid menu and let the phone host it over USB. From point on, the Android device will be treated as a regular USB stick with a bootable image on it, and regular formatting steps should be followed.

Unfortunately, the application requires a rooted terminal to function and a couple of devices, such as the Transformer Prime TF201, Galaxy S Sprint, HTC One S and X are incompatible with the software. Moreover, all used devices must have UMS enabled (if not, the app will guide you through).

DriveDroid is free to download and the premium version has the same functionality, but no ads.