Samsung Galaxy Tab 3 has joined a plethora of boring 7-inch android tablets in the market. The Korean giant announced the launch of Galaxy Tab 3 via a press release (that’s right!) earlier today, without revealing the price as usual.The third iteration of Samsung’s 7-inch tablet looks pretty similar to Galaxy Note 8.0 which we saw in MWC, but comes with phone calling feature. 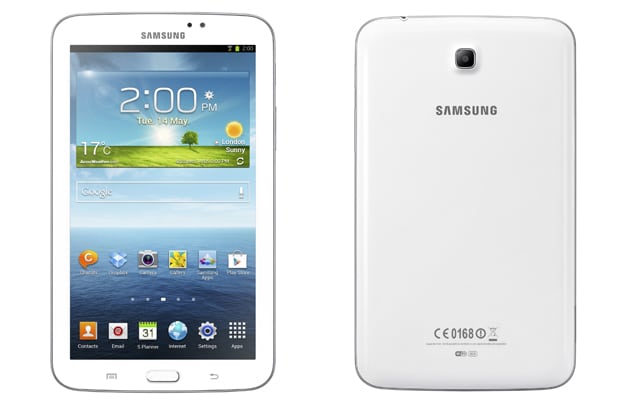 It’s not just the announcement, but the specs are uninspiring as well. The 7-inch display comes with 1024×600 resolution and 169 ppi, a 1.2GHz dual-core processor, 1GB of RAM, 8GB or 16 GB of internal storage, a microSD card slot that supports up to 64GB of storage and a 4,000mAh battery. As for the camera, it comes with a 3MP rear shooter and 1.2MP front shooter.

Galaxy Tab 3 will come with almost an year old Android 4.1 Jelly bean OS, and will be offered in Wi-Fi only and 3G HSPA+ variants. The WiFi version is expected to ship globally from May this year, while the 3G version will be available from June.

Though the company hasn’t announced the prices of both these versions, expect them to be highly competitive, considering low-to-mid range specs and existing competition from the likes of Asus MemoPad & HP Slate 7. For the comparison sake, the year old Nexus 7 boasts better specs like quad core processor, higher resolution screen and the latest Android OS.

Was this article helpful?
YesNo
TechPP is supported by our audience. We may earn affiliate commissions from buying links on this site.
Read Next
How to Take a Screenshot on Samsung Galaxy Devices
#android tablet #galaxy tab #Nexus 7 #samsung