In a rampage of interesting Apple announcements today, we bring you the good news that the company’s latest version of their desktop operating system, the Mac OS X Mavericks, will be served as a free dish to all those hungry. Embedding a significant range of application updates but also improved features, the announcement comes as a clear hit to Microsoft’s camp. The good news doesn’t stops here with Mavericks though.

In their overwhelming generosity, Apple has also listed important software packages like iLife, iWork and plenty more, as free to download with every new purchase. Moreover, many of them have been revamped and new features / abilities have been added. More on that in a while. 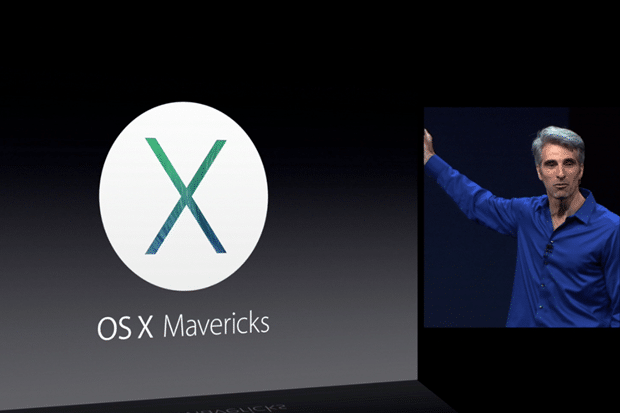 Starting from the top, the 10th major release of Apple’s desktop platform comes with over 200 new features, including the introduction of the iBooks and Maps apps inside the Mac OS itself, alongside a new version of Safari with enhanced multi-display support, Finder Tabs and Tags.

Besides these small but important software wonders, the latest version also comes with a re-designed algorithm that manages to increase power efficiency and performance, at the same time. In a few words, this means a few more horse power under the bonnet and a longer battery span across the day, or days, I should rather say.

Besides those already mentioned, the kernel of the platform has been tweaked to offer greater battery life and better performance. This has been accomplished through the use of intelligent functions such as Timer Coalescing and App Nap, which save energy and reduce consumed power by analyzing idle software.

Another great feature is Compressed Memory, which automatically shrinks inactive data so  units with less RAM memory can server information based on priorities and importance. Also, OpenCL support and dynamic video memory allocation has been included.

The package will be quickly delivered right from the Mac App Store, where free upgrades can be performed by all those who run on Snow Leopard, Lion or Mountain Lion. In matters of compatibility, Apple advises that any Mac capable of running OS X Mountain Lion will also handle Mavericks very well.

One last thing: Mac OS X Server 3.0 requires Mavericks to run but the software itself is not going to be served free.

Besides Mavericks, Apple also made the new and improved iLife application free with any new Mac or iOS device purchase. As before, the new version of iLife comes with the new iMovie, iPhoto and Garageband applications.

Available for iOS and Mac, the first of the software packages allow users to browse and create pictures on the go, while iMovie was completely redesigned for iOS, with a keen focus on editing and sharing. A new feature called iMovie Theater is also added, which stores movies and trailers all in one place, allowing for simple and quick sharing.

Garageband now offers 32 tracks on iOS 7, a new sound library and a new look on Mac as well. Drummer, a feature that virtually plays along with your songs has also been integrated.

The second free offering with any new Mac or iOS device purchase is iWork. This applications is also re-written for the Mac and some consider it to be the biggest update ever. Featuring full file compatibility across iOS, Mac and the Web, iWork also introduces a brand new user interface and new context-sensitive format panels on the desktop version.

Keynote, an important part of iWork has also been revamped with new effects, animations, improved user interface, live-updating charts and a lot more. Another worthy mention is the fact that iWork now supports collaboration through the iCloud.

To recap, if someone where to buy a new iPad right new, they would end up with a pretty amazing selection of free applications (iMovie, iPhoto, Pages, Keynote, Numbers, etc.), striking right in the core of the likes of Microsoft and Office.

Benefits are not restricted to new purchases only, Apple is permitting users running on Mavericks to update their (previously purchased) apps for free through the App Store. iOS 7 users can also adopt the new versions of iWork and iLife through the store. The only thing listed as purchasable is a wider range of instruments and sounds in GarageBand, which count as in-app purchases.