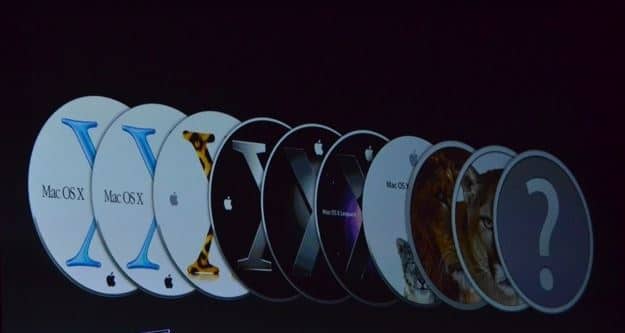 Apple switches the ON button on their famous WWDC 2013 conference and the first thing made official was Mac OS X 10.9, also known as Mavericks. Apple’s base platform in the desktop segment comes with a nice range of new features and a couple of visual, but also functional improvements. Around 200, from what we heard.

The first thing that changed in this new Mac OS X release is the naming scheme. After Apple’s spokesman pulled a nice joke with a Sea Lion reference, the name of Maverick took over Mountain Lion’s legacy. 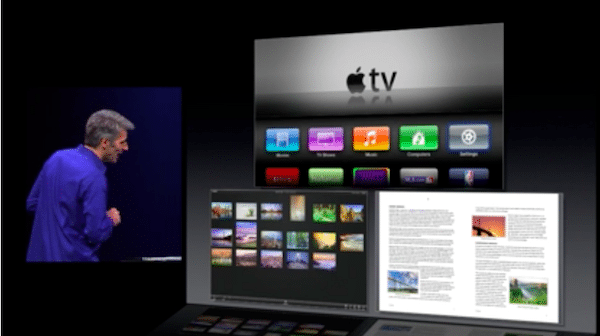 One of the many things adjusted in Mavericks is added tab functionality to Finder. Instead of simply working in multiple windows, users now have the possibility of drawing all of those windows together in tabs. Moreover, the application itself has been modified to accommodate full-screen views and each tab can be customized. Also, full files can be moved between tabs.

Another long-waited feature brought to surface today was Tagging, for documents. Location-independent, tags allow future Mavericks owners to add custom labeling to all types of files which will eventually help them for searching. Tagging pages update in real-time and people can also drag an item inside a tag window to mark it accordingly.

Multiple display support has also been incorporated in the new release and from point on, Macs can render both the dock and the menu bar on both displays.  It is yet unsure if the feature is somewhat limited to dual-displays. Interesting enough, those owning an AirPlay-connected HDTV can use it as a secondary panel without functionality limitations from the platform itself.

A critical intervention made in Apple’s newest platform is power optimization. In OS X 10.9, the work done by the computer is said to be well-aligned with power transitions and the end-result is a reduced CPU activity with up to 72%. Response time is also improved through the use of compressed free memory, which can be accessed much faster than in previous releases. This is mainly accomplished by compressing inactive data and decompressing the segments when items are needed again.

Jumping over to the browsing camp, Safari also received an upgrade and now comes with a Fast Start function, individual CPU processing for every single tab, shared memory resource cache and a power saving module. Besides the internal, a sidebar bookmarking bar with reading lists and Twitter has been included. If we were to judge by Apple’s testing’s, it would seem that Safari consumes three times less CPU energy than Firefox and almost half as Chrome, an achievement based also on a App Nap function that redirects power to the currently used window.

iCloud Keychain is another thing we will definitely look forward to. Just like Google’s Chrome synchronization functions, Apple implemented a service that will store all user passwords in a cloud-based database and sync information across multiple devices. It was about time for Apple to implement such a feature and catch up with the rest.

Besides simple memorization, Keychain will also help Safari auto-suggest password and, pay attention, credit card details. Although this might warm-up security enthusiasts, Apple cared to to add that a personal security code will have to be inserted each time. 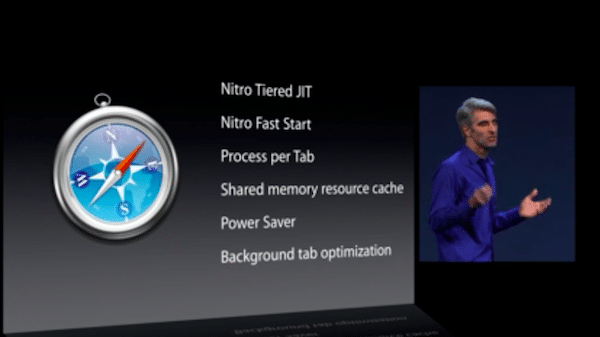 Some improvements arrived in the Notification segment as well, where Apple integrated a quick-reply function right inside their body. This works with conventional emails, FaceTime but also with Messages. Notifications will also appear on the lockscreen from now on and application updates can now be performed in the background. Speaking of applications, those hosted on the mobile side will take advantage of iOS and notify the user directly on the Mac.

A new calendar design has also been implemented and besides taking away that classic leather skin, the general look is now much softer, much cleaner.

Definitely one of the big announcements this evening was the re-worked Maps system, now available right on the desktop. Directions can now be instantly pushed from a Mac towards a mobile device using a dedicated button. Besides functionality, a stunning new mapping design that makes use of crisp vector graphics, 3D views and interactive Flyover will certainly catch your attention.

Moreover, Apple mentioned that mapping functionality will be brought to all sort of applications in the near future. This will be mainly done through a reworked SDK and by using the Map Kit API. At the moment, Maps works from within Mail, Contacts and Calendar.

iBooks also made its way to the Mac, where the full library from iOS devices has been ported. Entire books can now be browsed right from the desktop variant, using chapters and other means of gripping. As we expected, synchronization will be in effect across all types of devices, and users can now make annotations or highlight certain text areas, and pick reading on mobile right where they left off on desktop. We’ve been informed that over 1.8 million titles reside in the iBooks Store, but unfortunately this service will only be available in select countries.

Apple’s Mac OS X 10.9 Mavericks will reach the final stage of development this Fall, when the package will be developed broadly.