Just before Halloween, Google has finally unveiled the much-awaited LG-made Nexus 5. It replaces the already extinct and almost nowhere-to-be-found Nexus 4 and is the first smartphone, according to the tradition, to come with the latest Android version, 4.4 KitKat. The Nexus 5 is more expensive that the Nexus 4 was at launch, as you’ll have to pay $349 for the 16 GB unlocked version.

Google’s Nexus 5 will be available on the Play Store today in both white and black colors for AT&T, T-Mobile and Sprint customers. Almost all of the features that the Nexus 5 comes with are not a surprise, since they were heavily leaked before. Still, for those that have obediently waited this day, here are some of its most important specs. 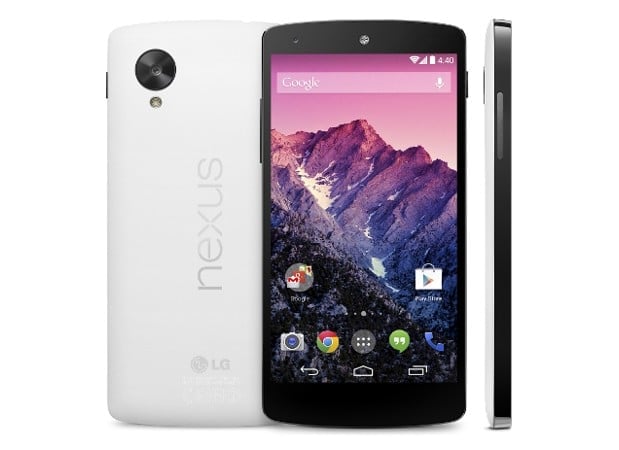 This time, the Nexus 5 doesn’t have glass as its main construction material but plastic. Sundar Pichai doesn’t call it plastic, of course, saying the Nexus 5 has a “silky texture” which makes it similar to the redesigned 2013 Nexus 7. But there are other changes in its construction materials sued, as the buttons on the sides of the LG Nexus are made of ceramic material, which gives a pleasant feel and firm grip in your hand.

There are going to be two models of the LG Nexus 5, one for North America and Europe and another one for Asia. The 16GB version will retail for $349, and the 32GB one for $399. You will be able to buy it unlocked from Google’s Play Store and Best Buy, Radio Shack retailer. It will also come to AT&T, T-Mobile and Sprint carriers.

Was this article helpful?
YesNo
TechPP is supported by our audience. We may earn affiliate commissions from buying links on this site.
Read Next
How to Split Screen on Chromebook [3 Easy Ways]
#google #Nexus 5