This is a Biggie! Facebook is Buying WhatsApp for $19 Billion

The social juggernaut Facebook has entered an agreement to purchase massively popular instant messaging service WhatsApp. The $16 billion acquisition churns to $4 billion cash and $12 billion worth of Facebook’s stocks. In addition, Facebook is offering $3 billion in restricted stock units which will be granted to WhatsApp employees and founders.

Used by over 450 million users across the globe, the whopping 16 billion dollar valuation has left many people in shock, but it fits Facebook’s roadmap to “make the world more open and connected”. Interestingly this is about twice the price Microsoft paid for Skype three years ago. And this is by far the biggest investment Facebook has made till date. 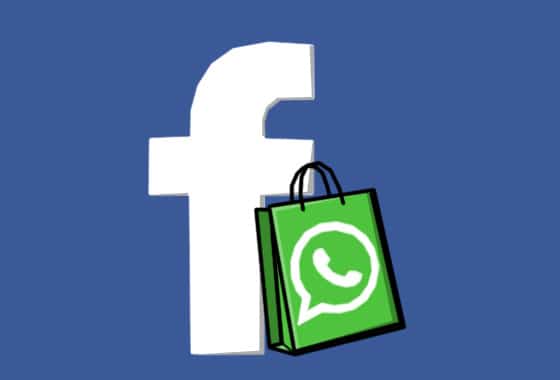 What does this deal mean?

So what happens now? Do your WhatsApp friends start appearing on your Facebook too? Or will it be other way around? Or are we looking at one application that will offer to handle both Facebook messenger and WhatsApp? Well, none really, at least for now. Facebook says WhatsApp will work independently, with the same team and same leaders. But, it definitely wants to see some integration in the future.

“WhatsApp will complement our existing chat and messaging services to provide new tools for our community. Facebook Messenger is widely used for chatting with your Facebook friends, and WhatsApp for communicating with all of your contacts and small groups of people. Since WhatsApp and Messenger serve such different and important uses, we will continue investing in both and making them each great products for everyone.”, said Mark Zuckerberg on his Facebook page.

Mobile is the next computing platform, and Facebook has laid its cards straight. Last year, the social network giant was keen on to buy Snapchat, another popular photo and video sharing service. And a year before, it bought the popular photo social network Instagram for $1 billion.

While company’s own Facebook Messenger is stack, it has failed to create a direct messaging service. Of about 450 million users who use WhatsApp, 70 percent people fire up the app everyday. Facebook notes that WhatsApp is close to surpassing the SMS volume by all the telecom companies.

In short, this is how Facebook sees the deal,

Facebook fosters an environment where independent-minded entrepreneurs can build companies, set their own direction and focus on growth while also benefiting from Facebook’s expertise, resources and scale. This approach is working well with Instagram, and WhatsApp will operate in this manner. WhatsApp’s brand will be maintained; its headquarters will remain in Mountain View, CA; Jan Koum will join Facebook’s Board of Directors; and WhatsApp’s core messaging product and Facebook’s existing Messenger app will continue to operate as standalone applications.

And Jan Koum, CEO of WhatsApp explains how this is not really going to affect you.

WhatsApp will remain autonomous and operate independently. You can continue to enjoy the service for a nominal fee. You can continue to use WhatsApp no matter where in the world you are, or what smartphone you’re using. And you can still count on absolutely no ads interrupting your communication. There would have been no partnership between our two companies if we had to compromise on the core principles that will always define our company, our vision and our product.

Founded back in 2009 by Mr. Koum and Brian Acton, two former Yahoo executives, WhatsApp is available across all popular mobile platforms. Just two years after its launch, the service received about $10 million funding. It has grown strong and has become the most popular instant messaging service by miles of difference. 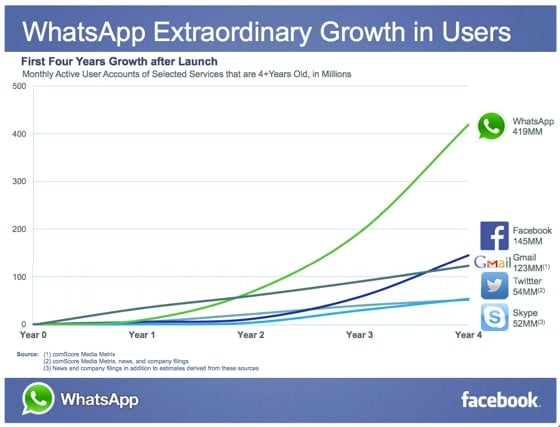