Technology is evolving at a fast pace and it’s entering and improving even the world of sport. This year’s World Cup is taking place in Brazil, the country where we can say that everybody is crazy about football, and it will come with some interesting feats for gadget lovers. The Adidas brazuca will be the official match ball for the 2014 FIFA World Cup Brazil and it is the most-tested Adidas ball in history. But Adidas doesn’t stop here and comes with a special ball that has cameras! 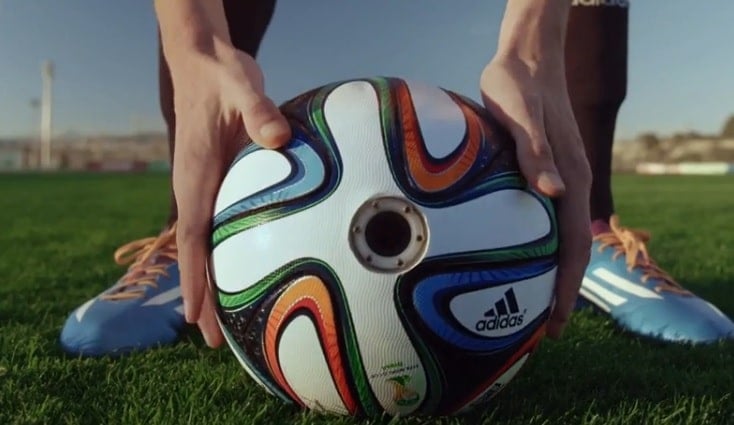 I am brazuca, travelling around the world on my way to the 2014 FIFA World Cup™. Come join me as I meet some of the world’s best players, attend matches and play with fans. With six eyes and 360º views, I will see and share the love of football around the globe like never before.

Now, this isn’t a joke, as the news first broke yesterday, when we’ve seen such cunning pranks especially from Google. No, this is a real ball that comes with six cameras that are built-in for 360 degrees views for amazing footage. The innovative camera-ball is called the Brazucam and it comes with six different high-definition lenses which will let you see the way the ball is struck and the journeys it takes. Unfortunately for those who were wondering, this customized ball won’t be available for purchase and will be used to engage users on Adidas’ social media accounts with a weekly series of online documentary-style films.

Adidas will release one film per week on its YouTube channel from countries that include Spain, Germany, Japan, and Mexico, as it moves closer towards Brazil. The videos will feature stars such as Xavi Hernandez, Dani Alves, Cristian Tello, Manuel Neuer, David Villa and many others. Despite the fact that this is a smart marketing move, it will be curious to see the kind of footing it manages to create!

What we think of this
I must wonder if the cameras inside this ball will remain intact after it gets kicked by some of the best football players in the world…
Was this article helpful?
YesNo
TechPP is supported by our audience. We may earn affiliate commissions from buying links on this site.
Read Next
Why do tech reviews take so much time?
#Gadgets