Facebook’s plan to acquire Snapchat didn’t go well. So the social juggernaut has made its own ephemeral messaging app called Slingshot. The service focuses on photos and videos — exactly like, you know, Snapchat. And in the app, “Everyone is a creator and no one is a spectator”, says Product Manager Will Reuben.

The app made an accidental appearance a few days ago, but was later pulled away from the Apple’s App Store. The app is now available on both iOS and Android — at least for US customers… for real. 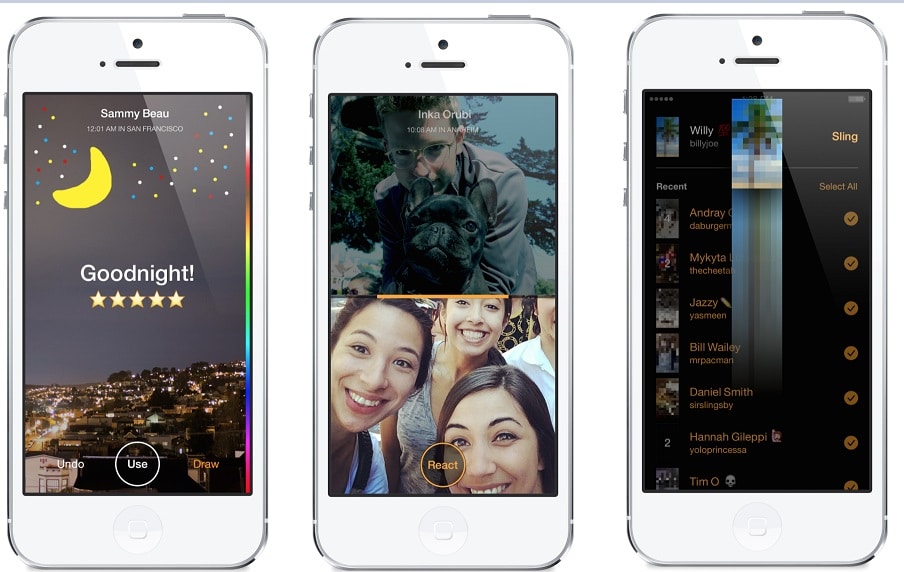 Wondering how this works? On Slingshot you only share videos and images. While your friends can reply to it, the response should be in images and videos only. The images once viewed get deleted, though you could auto-save them. You can also add captions. In addition to the automatic deletion of images — a feature it borrows from Snapchat, Slingshot didn’t shy away from getting inspired by Vine’s video loop feature, and Instagram’s 15-seconds clips.

On the app, you are first required to sign-up with your phone number, which Facebook utilizes to create a new social graph by searching your contact and your Facebook’s friend-list. But the lack of dependancy on a Facebook account could mean that you don’t really need a Facebook account to access the Slingshot. The interface as you would expect is designed to both please and provide convenience to the user. There is a shortcut on the bottom of the screen for taking images, recording the video too only takes a long press. There are several drawing tools as well.

Since it’s a Facebook product, it inherits the nightmarish privacy concerns. Facebook says that it will delete all the images and videos as soon as they are viewed from its servers. However, it would be kept in the memory in case of any abusive behaviour.

The app came into existence last year at the Creative Labs Hackathon. There is a great craze of Snapchat in United States and other Western countries. And since Facebook is on its mission to have its services extend to as many people as possible, Slingshot will sure lure in enough users. For now though, the service is US only, which has become a norm with Facebook’s expansion endeavors in recent times (like Paper).

You can snag the app for your Android and iOS device from here.

TechPP is supported by our audience. We may earn affiliate commissions from buying links on this site.
Read Next
How to See Liked Posts On Facebook [2022]
#facebook #Slingshot #Snapchat