With Windows 8, Microsoft introduced Metro UI –which it later rebranded as Modern UI. It was well carpeted with Tiles. The operating system also embraced touch response, which later made it possible for Microsoft to port it to tablets.

However, the operating system was not well received by users. After getting a lot of flak by reviewers across the planet, Steven Sinofsky, head of Windows 8 development lost his job. Later came Windows 8.1, which brought the Start button to the desktop, and the operating system did improve a lot of things which was echoed by experts as well.

Earlier this year, Microsoft released Windows 8.1 Update that allowed the traditional mouse and keyboard users work on the new operating system more efficiently, and allowed people to boot directly to the desktop mode. Since the update, we have heard a lot about Windows 8.1 Update 2 and Windows 9, and “Threshold” — which much like Windows Blue is a wave of updates that will arrive on Windows and other platforms. The question is what comes next? And in which order? 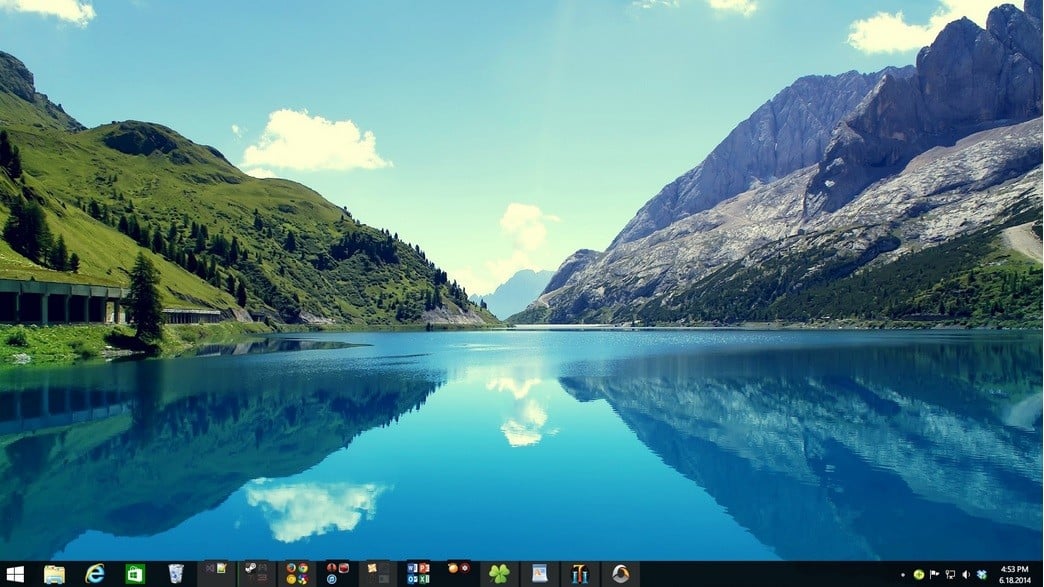 A report by Neowin suggests that Microsoft is taking a step backward from its Modern UI approach, and wants to make the operating system more accessible to mouse and keyboard users. The software giant is going as further as disabling the Modern UI environments by default, but not from all its versions. The company will supposedly have several variants of its operating system, one for touch screens and one for non-touch PCs. As the publication claims, it is device-specific.

Also, the Redmond-based giant is also bringing back the Start Menu.

Sources have told Neowin that people running the Modern UI disabled version of the operating system will be able to run the Modern UI apps in a windowed mode. Furthermore, users will also be able to launch unpinned tabs. In addition, app snapping mode has also been refined.

A ‘visually distinct’ version of Windows

Users will be easily able to differentiate between Threshold and Windows 8.1, so you see the amount of changes the company is planning to bring.

As Microsoft watcher, Mary Jo Foley writes, Microsoft is planning to release Threshold in 2015, though a public preview might arrive later this year.

The next update to Windows 8.1 is still believed to be Windows 8.1 Update 2 and as Foley notes, it should hit the RTM state by the end of July — two weeks before August Patch Tuesday which is scheduled to arrive on August 12. And it is reportedly not bringing many new features, and Microsoft may push it along with its monthly Patch Tuesdays in the month of August.

Arriving in 2015, Windows Threshold to be available as free for Windows 8.1 users

The ZDnet report also mentions that Windows Threshold will be made available for free to all Windows 8.1 users.

With Windows Threshold Microsoft wants to lure in Windows 7 users — which still boots over 45 percent of computers in the world. These people are very comfortable with the services and features a 5 year old operating system is offering to them.

But it is noteworthy to mention that everything that we know about Windows Threshold is subject to change. We recently saw Microsoft Research team working on amazing interactive tiles which it might introduce in some version of its ever expanding operating system.

Was this article helpful?
YesNo
TechPP is supported by our audience. We may earn affiliate commissions from buying links on this site.
Read Next
How to Install and Use Intel Unison App on Windows, Android and iOS
#microsoft #windows 8