Email service providers Google and Yahoo are stepping up their games to prevent spam users and computer generated programs – bots from accessing their services. Gmail and Yahoo have made phone numbers a must while registering for a new email address. While the move promises to keep spammers away, it also raises severe privacy concerns.

By having a phone number assorted with every account, it will make it easier for email service provider to verify a user’s identity. A phone number– which requires a person’s real identity while registration, will help Gmail and Yahoo confirm that its consumers are not bots. 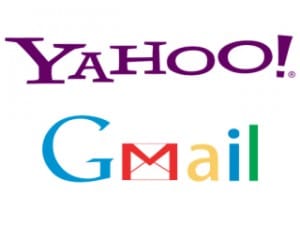 “In an effort to protect our users from abuse, we sometimes ask users to prove they’re not a robot before they’re able to create or sign in to accounts. Having this additional confirmation via phone is an effective way to keep spammers from abusing our systems,” the website said.

Furthermore, Gmail users will be unable to assort many accounts to a single number. While the company hasn’t provided a threshold number, we are able to confirm that it’s been months since the company first implemented this feature. The assorted number could also act as a medium to reset a phone number, though at this point we are not sure if either — if not both the email service providers will indeed facilitate that option.

While Gmail also accepts a telephone number, the rival Yahoo is only seeking a mobile number at the time of the creation of a new account. “At Yahoo, we are committed to the security of our users. We ask our users to provide their mobile number at registration as a secondary means of authentication, in addition to their password. We would only use the number if we see any unusual activity on the account,” Yahoo spokesperson said.

At this point, neither of the companies has clarified if the existing users will also be required to update their accounts with their phone numbers, though, we understand that the company could casually prompt to do so.

While on one hand it strengthens user’s security, and makes the overall experience better by getting spammers out of the equation, it nonetheless raises privacy concerns as well. Many users are already annoyed and concerned about their data being spied on, now the inclusion of phone numbers could make the matters worse.

Both Google and Yahoo have been found guilty of giving the government access to their servers. Furthermore, Google has also been found guilty of reading — via software — its users emails to cater them with personalized advertisement. Over the past few years we have also seen many instances where a company sold its users’ data to advertising firms.

Internet Service Providers Association of India (ISPAI), an organization that works for the interest of different carriers (ISPs) while working closely with the government has also recognized that there shouldn’t be a requirement to make phone numbers mandatory.

“This is an attack on user’s privacy. This should not happen. If they (Gmail and Yahoo) are doing such a thing, then this must be recognised by Indian government on how they are collecting phone numbers,” ISPAI President Rajesh Chharia said.

The Hindu Business Line report doesn’t suggest if this new policy is only applicable to people in India or will be effective worldwide, though we believe that gradually — if not now, this feature will rollout across the globe. If this is just for India as of yet, the companies could be testing water before it understands its odds of acceptance at other regions.

TechPP is supported by our audience. We may earn affiliate commissions from buying links on this site.
Read Next
How to Leave WhatsApp Groups Silently Without Notification
#gmail #Privacy #yahoo