Besides debuting on the three new Nexus devices, Android 5.0 Lollipop will be available on the Nexus 4, Nexus 5, Nexus 7, Nexus 10, and Google Play Edition devices in the coming weeks, as well. Judging by the new features, Android Lollipop is the biggest visual improvement since Android 4.0 Ice Cream Sandwich.

The visual enhancements and user interface improvements have bee dubbed Material Design. Android Lollipop comes with new, more fluid animations, a cleaner design with a bolder color palette, a revamped multittasking menu, and now comes with new ways to interact with your voice.

The Material Design has the purpose of making Android look and feel similar across various form factors – tablets, smartphones, streaming boxes and other devices. It seems that the unification of operating systems is already a trend, as Microsoft is also on the same path with Windows 10.

Lollipop also comes with over 5,000 new APIs for developers to use and lets multiple different Android devices with various form factors perform better. According to Google, with the latest Android version, songs, photos, apps, and recent searches will be seamlessly synced across various Android devices. Here are some other new features: 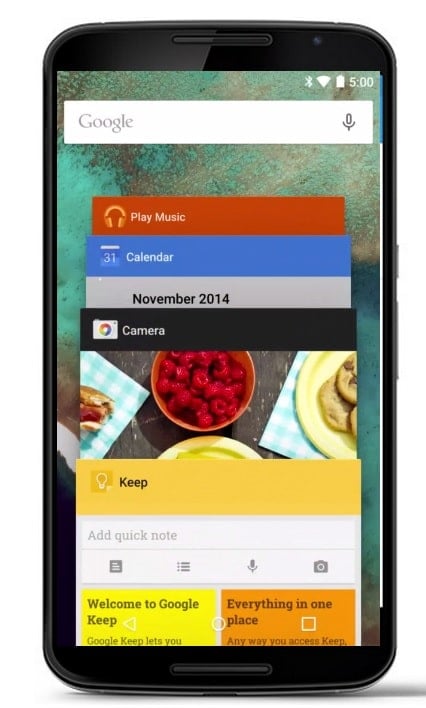 Also, you can now secure your device with a PIN, password, pattern, or even by pairing your phone to a trusted device like your watch or car with Smart Lock. Also, as it was previously announced, new devices will come with encryption automatically turned on to help protect data on lost or stolen devices.

There are plenty of connectivity improvements such as improved network handoffs, improved network selection logic and power-efficient scanning for nearby Bluetooth low energy. There are even accessibility improvements, such as enhanced low vision and color blind capabilities; the ability to boost text contrast or invert colors to improve legibility and to adjust display to improve color differentiation.